A MILLION DOLLAR MONUMENT TO HISTORY

The Chicago Historical society hopes to start work this year on its new building, to be erected in Lincoln park, near North avenue and Clark street. The structure will be of brick, with limestone trimming, and of the Georgian colonial,style of architecture. The three floors will be devoted to portrayals of epochal periods in the life of Chicago and Illinois. This is the proposed east elevation, facing the St. Gaudens statue of Lincoln. The architects are Graham, Anderson. Probst. and White. 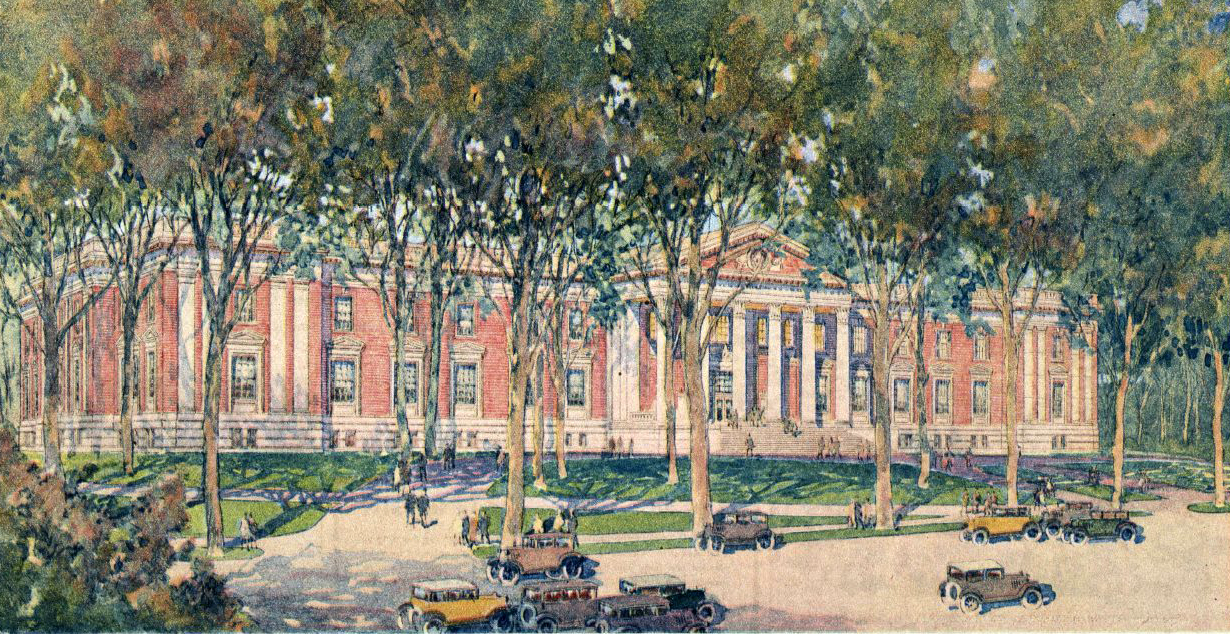 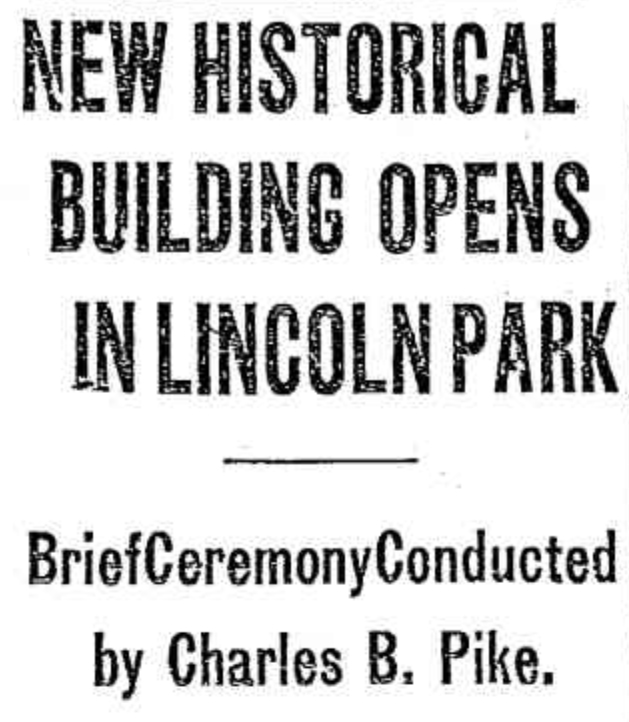 BY KATHLEEN MCLAUGHLIN
Chicago’s vibrant museum of its past, the new Chicago Historical building in Lincoln Park, was opened to the public yesterday in a brief ceremony in the tempo of the present. Charles B. Pike, president, officiated at a service before the entrance that was long on dignity but short on oratory. Officials of the organization gathered at the Racquet Club preliminary to the program, and rode the short distance to the southwest corner of Lincoln Park. In the expanse before the main entrance a detachment of the Black Horse troop, in their dashing uniforms of black and gleaming white, ranged themselves on either side of the driveway to form a guard of honor through which the group proceeded to the portico.

The trustees then formed in a semi-circle behind President Pike who made the formal dedication in a few sentences, and then turned and unlocked the doors, entering with the official group.

“We stand here today at the portals of a building expressive of its purpose,” he said in part, “ready to open it to the public. We are looking through the trees of Lincoln Park to the waters of Lake Michigan and Saint-Gaudens’ statue of the Great Emancipator.

“When we enter we shall see the hat he wore, the scarf he wrapped around his shoulders, the coat he was assassinated in, and many other personal effects. Lincoln belongs to the ages. So also do Columbus and Washington. Housed in this building are relics of all of them, and many others who influenced the shaping of America’s destinies. Permit me to congratulate the trustees in finishing this great work prior to the centennial of our city. And now, asking for guidance from on high in the conduct of this educational and patriotic enterprise, we open its doors.” 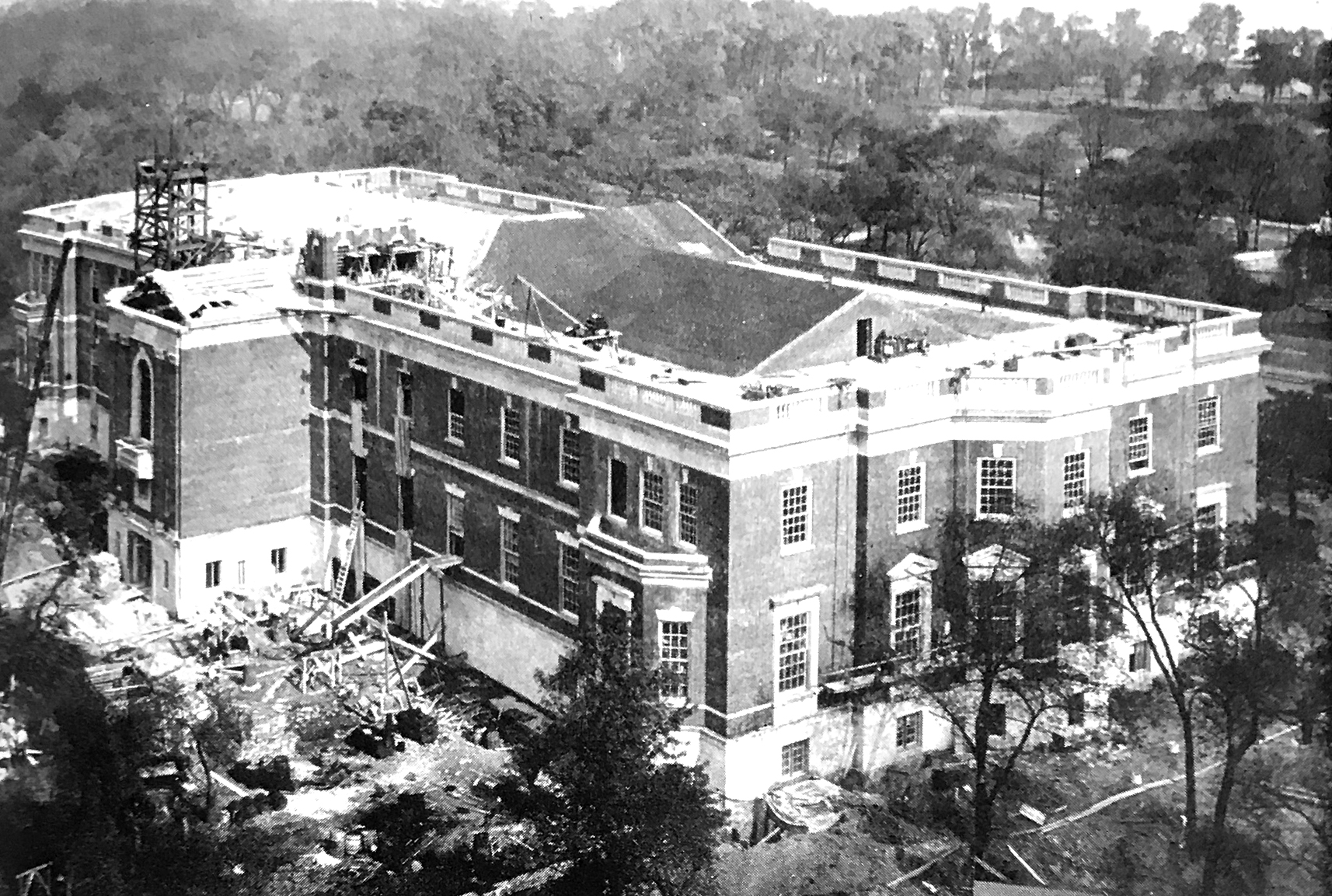 The new Chicago Historical Society building while under construction.
October, 1931

Miss Rhea Zugenbuehler, of 1701 South 3rd Street, Maywood, was the first to pay admission to enter the galleries.Mondays, Wednesdays, and Fridays are to be free days at the museum, but 25 cents is charged on other days of the week. 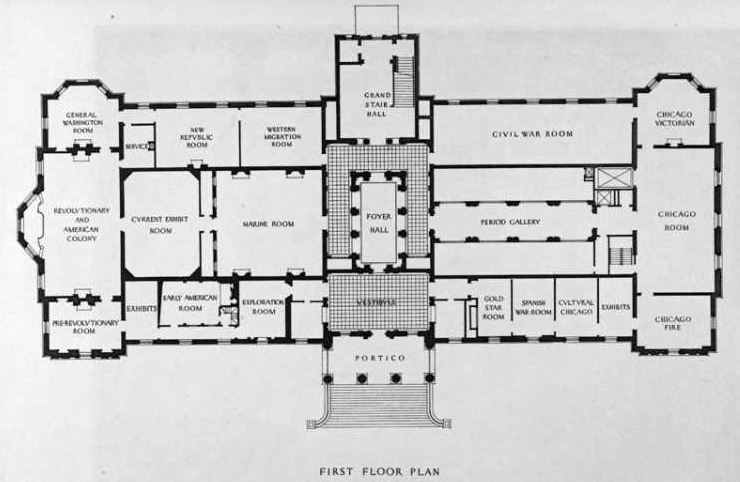 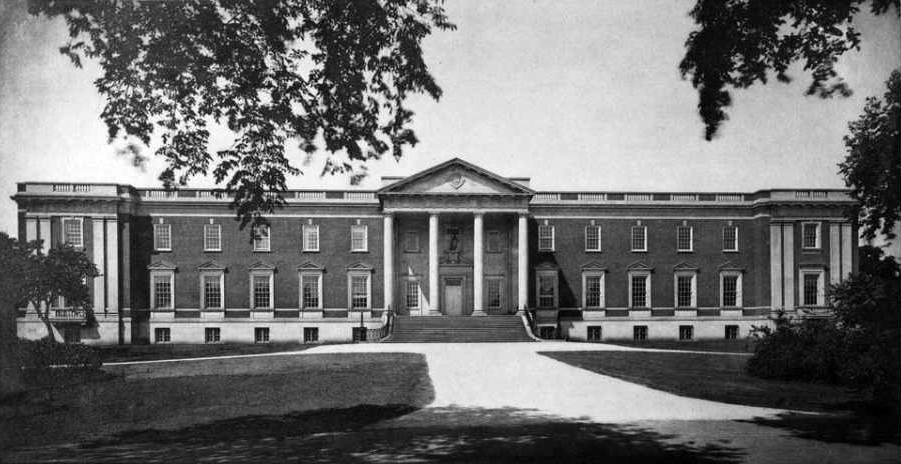 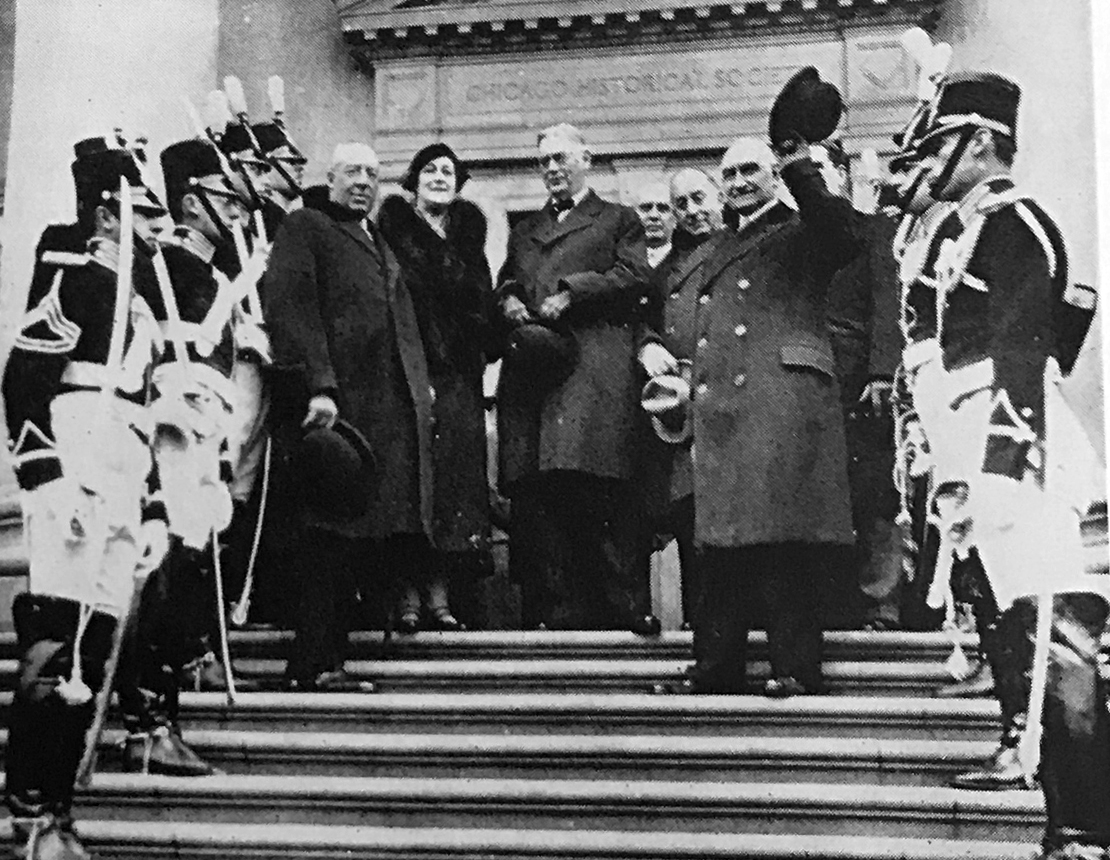 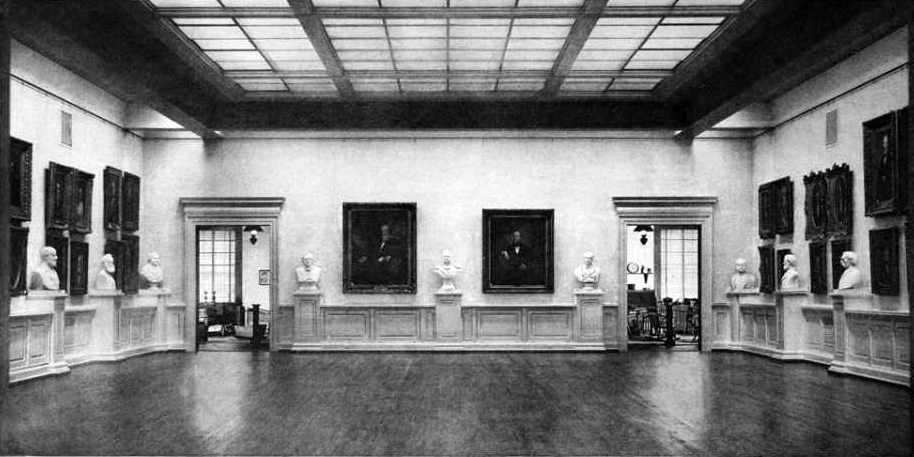 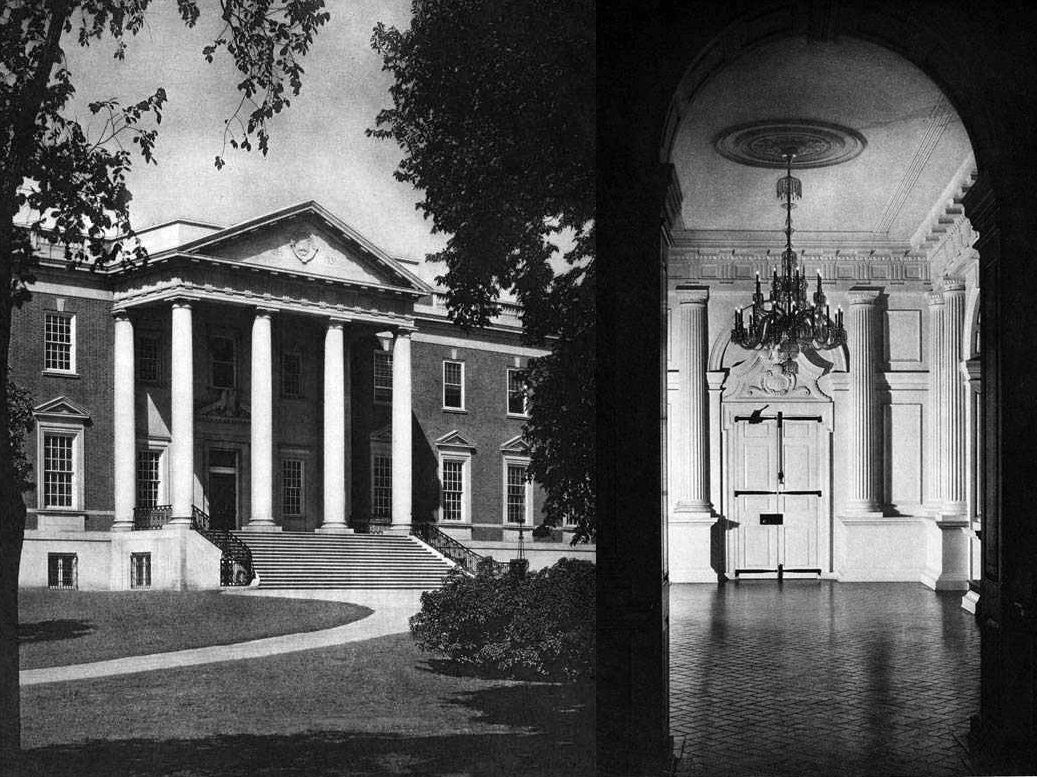 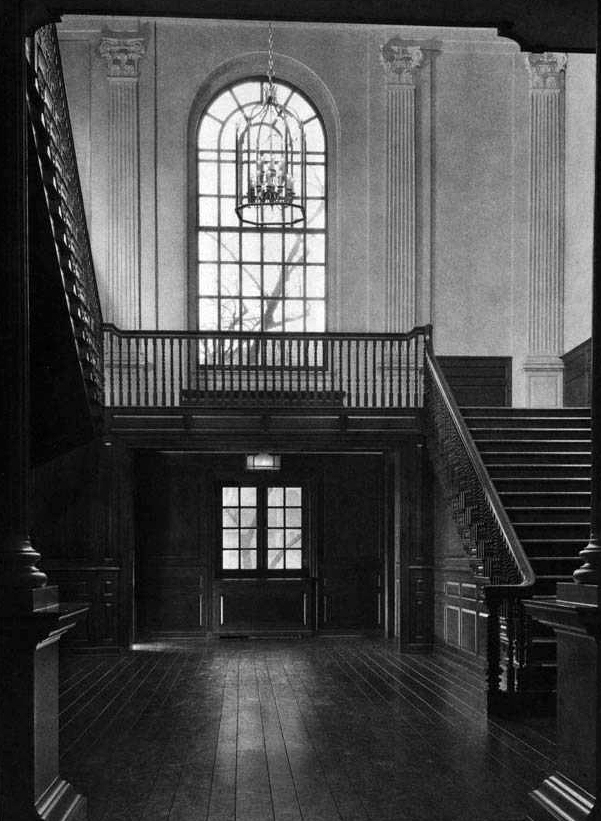