THE HISTORY OF THE INTER OCEAN
By Wm. H. Busbey

The first number of the Daily Inter Ocean was issued March 25, 1872. The founder was Mr. J. Young Scammon, an old, highly esteemed and public spirited citizen, who, realizing that there was a demand for an uncompromising republican daily, purchased the Associated Press franchise of the Bepublican, which had been wrecked in the disastrous fire of 1871. To keep the franchise alive, Mr. Scammon continued the publication of the Republican until all arrangements were perfected to start the new daily, with new men, new type and new machinery.

The republicanism of the initial number of the Inter Ocean was of the most stalwart order, the proprietor indicating the spirit of the paper in the crisp declaration: “Independent in nothing; republican in everything.”

Mr. Scammon went into the enterprise with characteristic zeal and energy, and calling to his assistance a number of practical and experienced men, soon made the Inter Ocean a political power, not only in the city and state, but throughout the northwest.

Its radical republicanism and its devotion to the party it professed to represent were made so manifest during the presidential campaign of 1872 that it at once secured an influence in the party not equaled by many journals of much longer standing. The erratic course of other journals claiming to be republican also contributed much to the success of the new venture, and the circulation of the paper increased rapidly. 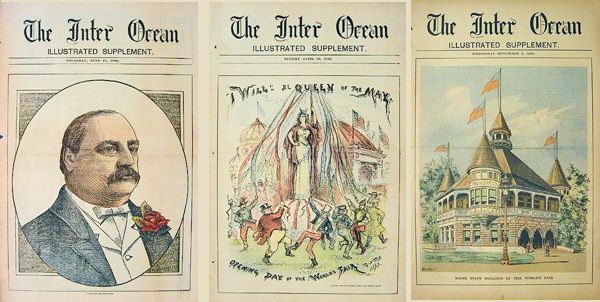 Mr. Scammon continued to be sole proprietor of the Inter Ocean until the spring of 1873, when the Hon. F. W. Palmer, of Des Moines, Iowa, bought a large interest and became editor-in-chief. Under his management the paper prospered until the panic of 1873 prostrated the affairs of the country and caused the financial embarrassment of Mr. Scammon, the principal proprietor. In the fall of 1875 the corporation, under pressure of large indebtedness, was compelled to sell the paper to a new organization. This transfer placed the Inter Ocean under the control of William Penn Nixon, who had been for some years the business manager.

Notwithstanding the great depression of the times, the paper was put on a firm footing by the infusion of new capital and the introduction of new and improved machinery, and entered upon a new era of prosperity. Through all its vicissitudes the Inter Ocean maintained its political integrity, constantly gaining in influence and circulation until the aggregate circulation of the several editions was probably larger than that of any other political paper in the country. The Inter Ocean was the first newspaper in the United States to perfect and use a folder, or machinery for cutting, pasting and
folding, attached to the press. This contrivance was the invention of Mr. Walter Scott, at that time superintendent of the Inter Ocean’s mechanical department. The Inter Ocean was the first newspaper in Chicago to print cable dispatches from London. It was also the first daily newspaper in Chicago to use illustrations.

From 1873 to May 1, 1880, the Inter Ocean was published at 119 Lake street. The establishment was then moved to more commodious and convenient quarters, in the new Inter Ocean building, 85 Madison street, and, May 1, 1890, to the still larger Inter Ocean building at the corner of Madison and Dearborn streets. In May, 1891, Mr. H. H. Kohlsaat bought a controlling interest in the Inter Ocean, and became the publisher. In May, 1894, Mr. Kohlsaat sold his interest to Mr. William Penn Nixon, who remained in control of the paper as editor and publisher until November 15, 1897, when Mr. Charles T. Yerkes purchased a controlling interest. Under the reorganization, Mr. Nixon was continued as publisher, and Mr. George Wheeler Hinman was made editor-in-chief and manager.

Under the new management, the Inter Ocean was conspicuous for its vigorous editorial policy and for its improved news service. It was one of the first newspapers in the United States to urge a resolute war policy in 1898, and through the Spanish- American war and the war in the Philippines was the zealous supporter and defender of the army and navy. It led also in the advocacy of the expansion policy, and undoubtedly exercised a greater influence in shaping thesentiment of the middle west than any other newspaper. It was “always American and always republican.”

The circulation of the Daily Inter Ocean has increased under the new management 100 per cent. The weekly edition has the largest circulation of any political weekly in the west. 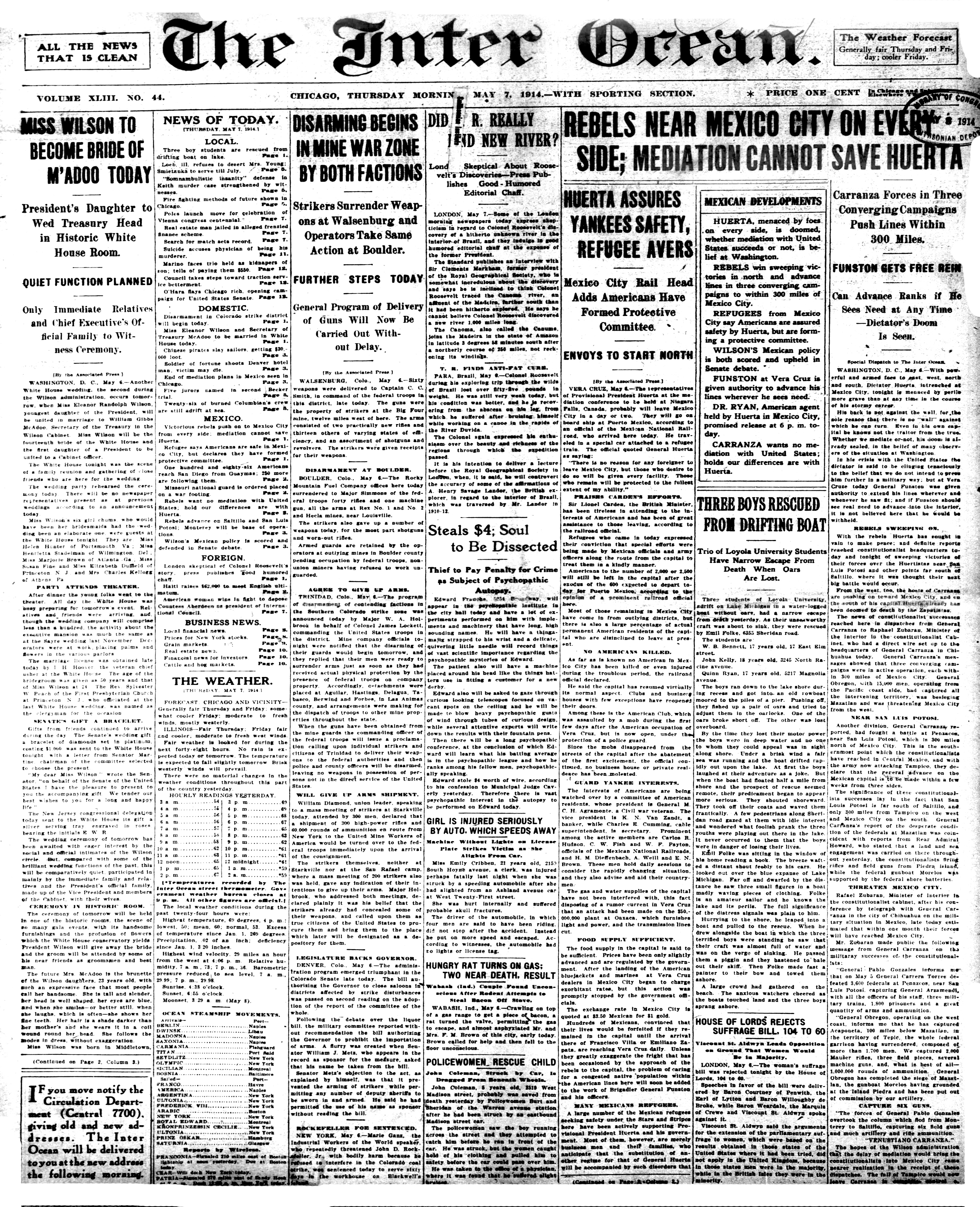