A handsome new block is in course of erection by Benjamin Lombard, Esq., from plans by O. L. Wheelock, architect, on Monroe street, immediately west of the Post Office building, the two structures being only separated by an alleyway, which will be thoroughly paved, and named Custom House Place. The block is to be built entirely of the celebrated Athens marble, and will cost about $120,000. It will have a front of 88½ feet on Monroe street, and 187½ feet on Custom House Place, and will be four stories in heighth excluding the basement, and raise Mansard or French roof. The stone work will be finished in a very handsome manner; the principal entrance, which is to be in the centre of the building, on Monroe street, will be ornamented by solid cut stone trimmings, and over the doorway is to be a large arch-shaped plate glass window, also cut in the solid stone. Internally the arrangements are of a very perfect character. The basement will be fitted up to contain seven stores, and four offices for insurance or commission agents; the first or principal floor will be divided into seven stores, four banks, and one exchange or other office; the second and third floors are also intended as wholesale stores and offices for professional men, and the fourth floor is to be devoted to the purpose of public halls, four large halls provided with committee rooms and other conveniences will be made for the use of society or other meetings. The block promises, when completed, to be one of the most perfect in the city. There will be in various parts of the building, eleven fire and burglar proof vaults attached to the banks or exchange offices.

LOMBARD’S BLOCK.—A handsome block, probably not equaled in the city, in point of convenience, stability and completeness of finish, is about completed, fronting on Monroe street, next west of the Post Office. It is erected by B.F. Lombard, Esq., from plans furnished by Wheelock. It is 88½ feet front with a depth of 190 feet, the east front facing the Post Office. It contains about 140 rooms all fitted in the most substantial and even elegant manner, with every provision for lighting, ventilation, warming, and insulation of sound, and is especially guarded against fire and provided with an abundance of exit for persons and furniture. It contains especially, three large halls, very handsomely fitted, such as the most distinguished societies might be proud meeting in—one of them is already taken by a Hebrew society. The building is principally devoted to banking and insurance, the corner being occupied by the Fourth National Bank, and the ‘Union Insurance and Trust Co.” of both of which institutions Mr. Lombard is President. Both os these are fitted up with the best possible reference to business conveniences and security. We understand that nearly every apartment in the building is already taken—basements, stores, offices, halls, and sleeping rooms, not more than about ten of the whole one hundred and forty being unused, though scarcely one is quite ready for occupancy. Mr. Lombard is entitled to great credit for his successful efforts to develop a superior class of business architecture; he has personally supervised every detail, and seen that it is carried out in the most thorough manner. One other point is worthy of mention—the retailing of drinks of any kind is expressly forbidden is each lease executed. 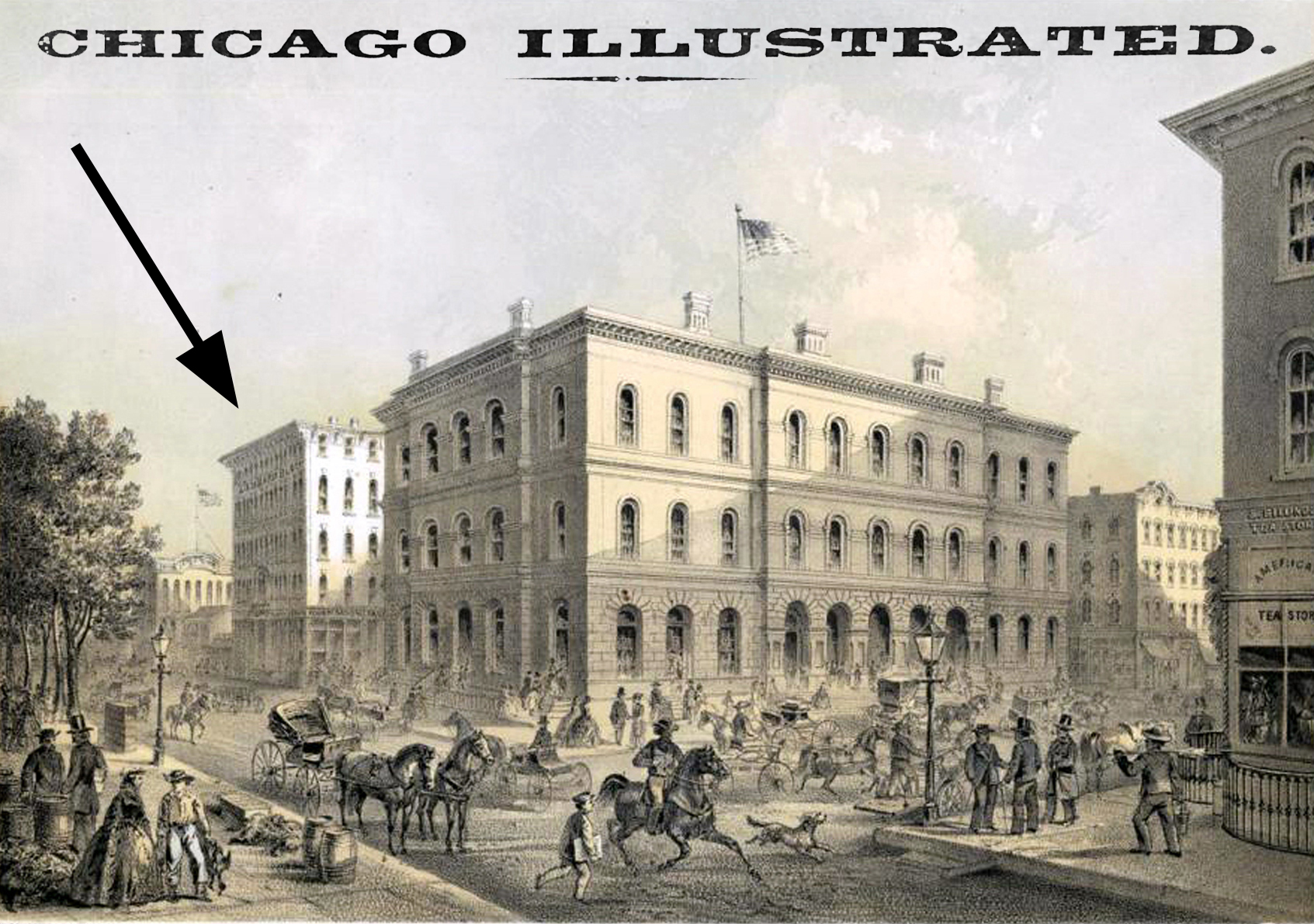 IMPORTED WINES AND LIQUORS.—Messrs. Kirchoff Bros., well known for many years in the North Division as among the few importers of genuine foreign wines and liquors, have recently taken a large portion of the Lombard Block, facing the northern entrance to the Post Office, and have filled up with a very extensive stock, embracing the best brands of foreign wines and liquors. Their cellars look more like a bonded warehouse than an establishment devoted to the sale of the spirituous drinks, even at wholesale. The Messrs. Kirchoff intend in the future , as in the past, to rely in the quality of their goods for favor with the public, and are making arrangements to supply their patrons on a much more extensive sclae than formerly. One of firm is now on his way home from Europe, where he has secured the continuous forwarding of some of the most celebrated vintages of France and Germany. It is worthy of remark that Kirchoff Brothers furnished the wine for the entertainment of the Board of Trade and their guests on the recent reopening of the new rooms in the Chamber of Commerce buildings, and they are now largely supplying our first-class hotels.1

PROFESSOR OTTIGNON’S NEW GYMNASIUM.—The numerous friends and former pupils of this well-known gentleman will, no doubt, be glad to learn that he is about to reopen a first-class gymnasium in the Lombard Block on Monroe street, west of the Postoffice. The rooms comprise two large and beautiful halls, with commodious dressing rooms and gymnastic fixtures and appointments complete. The opening is fixed for Thursday evening, Nov. 16. The public are invited to call and see for themselves. 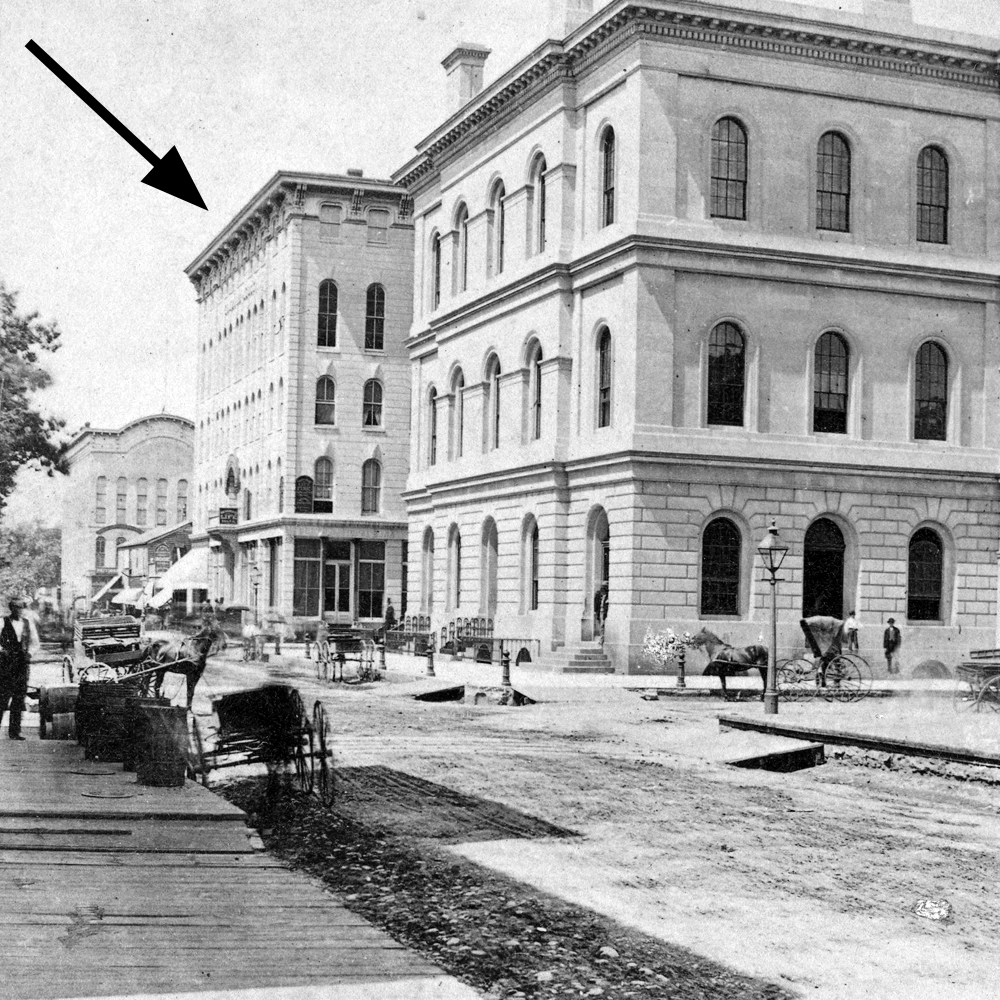 1 In August, 1867, Kirchoff Bros, importers of Rhein, Bordeaux and Champagne wines, finest brands of Havana cigars, brandies and gin, and Bourbon whisky, direct from Bourdon county, Ky., have removed to No. 103 Lake street.