The New Buildings of 1861.
Reports from the Architects.
Below we present our customary annual exhibit of the building improvements in Chicago during the year 1861, and the amounts expended, as derived from the reports of architects whose names are appended below. We egret that our statement is not entirely complete. The war has had a marked effect upon building improvements, and architects complain that never, since their location here, has business been so dull. On this account a portion of them have declined furnishing statements, but sufficient are set forth to give the public an approximate idea of the immensity of puhlic and private improvements, even in war times.

During the year several structures have been reared, which are not only ornaments to the city and monuments to the public spirit of their owners and the skills of their architects, but may safeky challenge comparison. Without running the risk of partiality, we may single out the Sherman House, which has been finished during the past year. This splendid structure has provoked the admiration, not alone of our citizens, but also of strangers,—accustomed to palatial hotels, and good judges of architectural effect. We should also do injustice to the architectural beauty of the city, if we omitted to particularize the block of three stores of Messrs. Wadsworth & Keep, which is now complete and partly occupied. It is without doubt one of the best blocks of wholesale stores in the city, containing as it does, two stores of Messrs. Keep, each 26×135 feet, with high basements, enclosed and lighted by Hyatt’s patent illuminating tiles, and supplied with Johnson’s patent rolling shutters, for store fronts above. Mr. Wadsworth’s store is 40×140 feet, fronting on Lake street and Wabash avenue. Two of the stories, the first and second, are self-supporting. The floors are free from columns, which gives them a finish superior to any in the city or State. The basement is a high story enclosed and lighted by tiles on both streets and in the rear, which gives a room in the basement, 162×65 feet wide. This takes in the entire surface under the sidewalks, and makes most complete and commodious salesrooms. The store fronts are closed by Letz’s patent rolling shutters, a very superior article, patented by George Letz of this city. This is the first block in which they have been used. 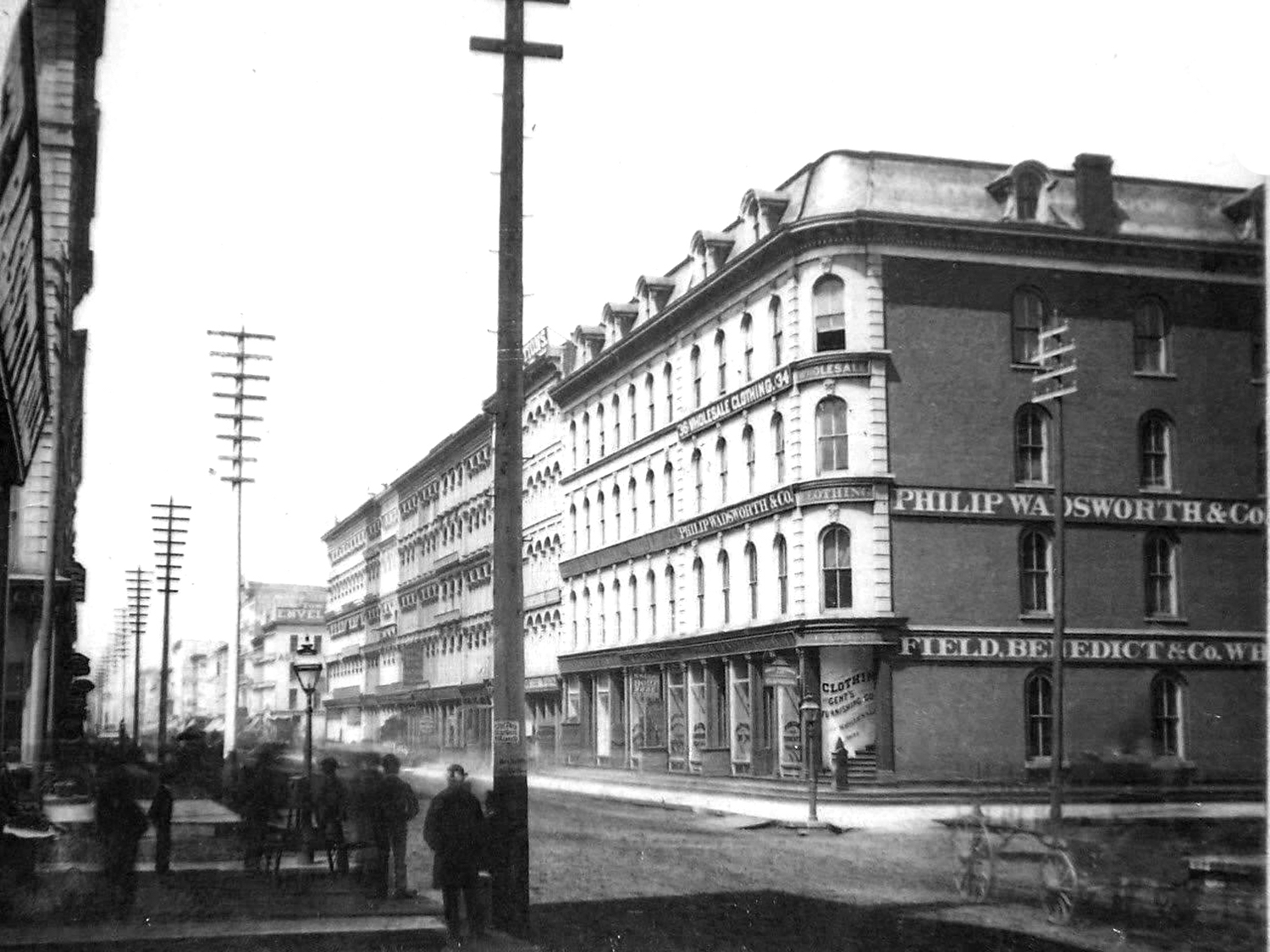 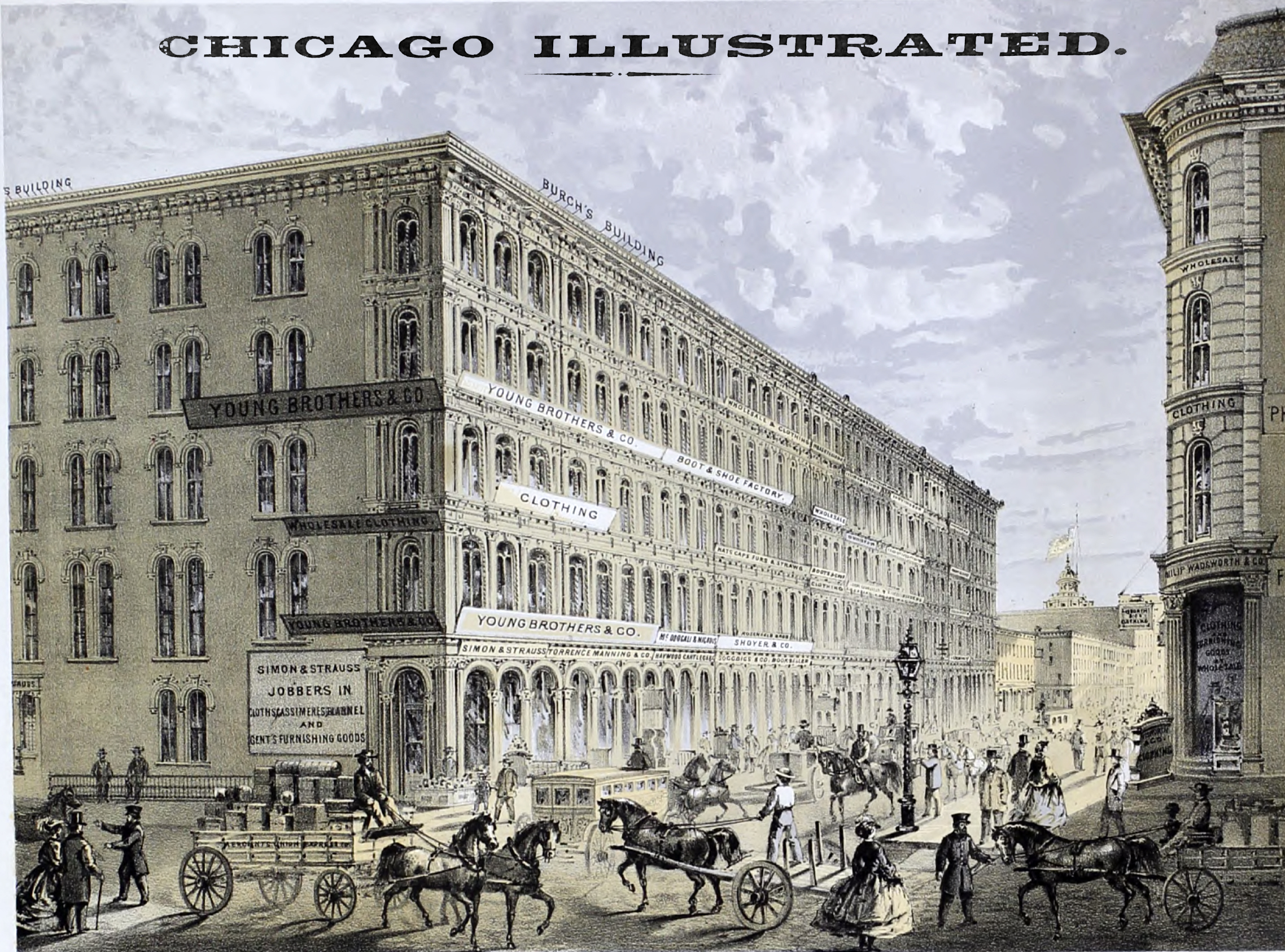 WEST ON WABASH AVENUE AND LAKE STREET. This is a view of the crossing of Lake Street and Wabash Avenue, Burch’s iron block being the building in the foreground. This view is taken from Lake Streets, looking west. These buildings were erected in 1857-8, and have iron fronts, corresponding with a similar block on the opposite side of the street. In the distance is the cupola of the Tremont House. The extensive and widely renowned publishing house of S. C. Griggs & Co., which is one of the institutions in Chicago, is in this block. The other buildings are all occupied by wholesale firms. On the north-west corner of the crossing is the extensive wholesale clothing establishment of Philip Wadsworth & Co. 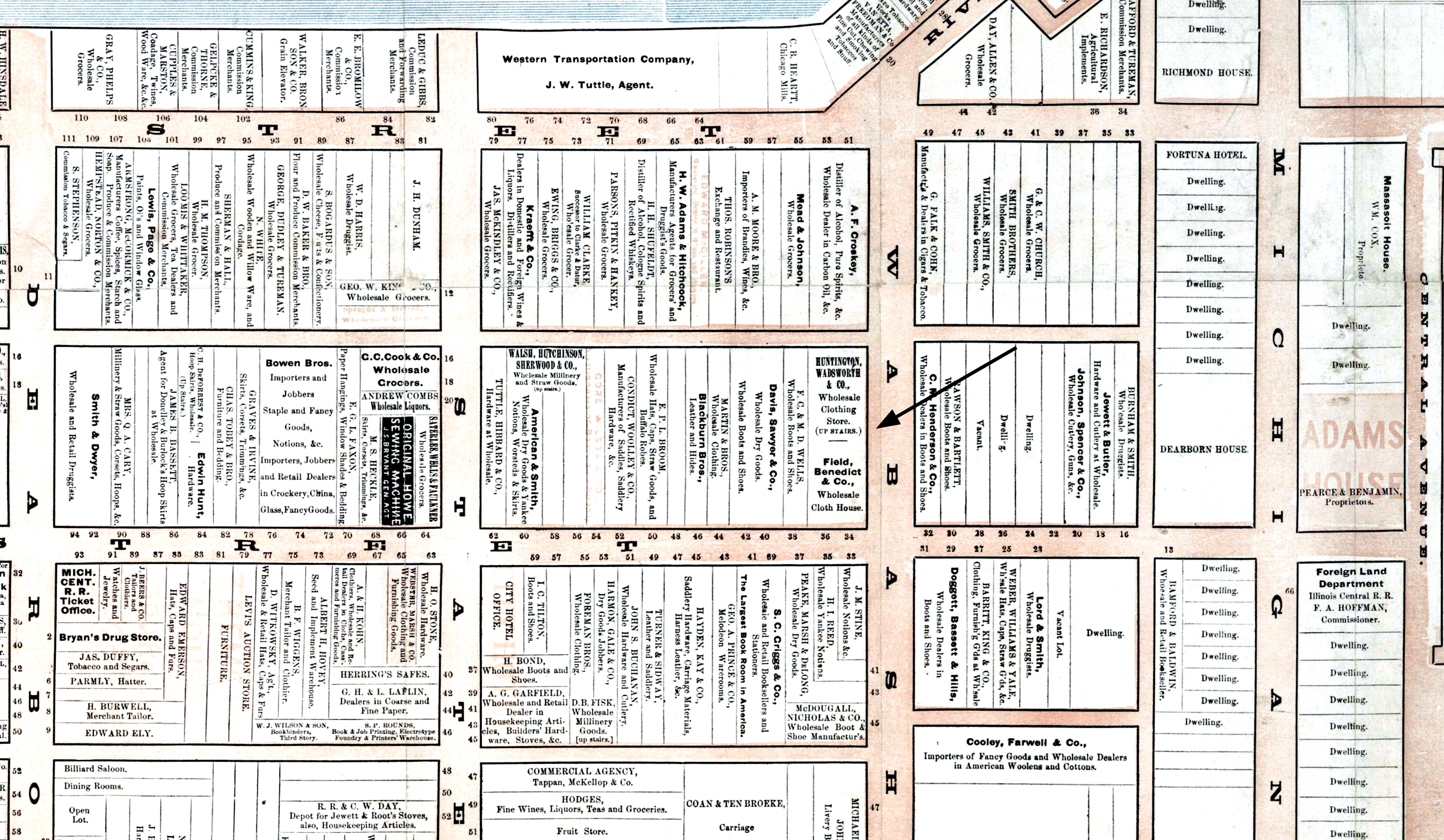 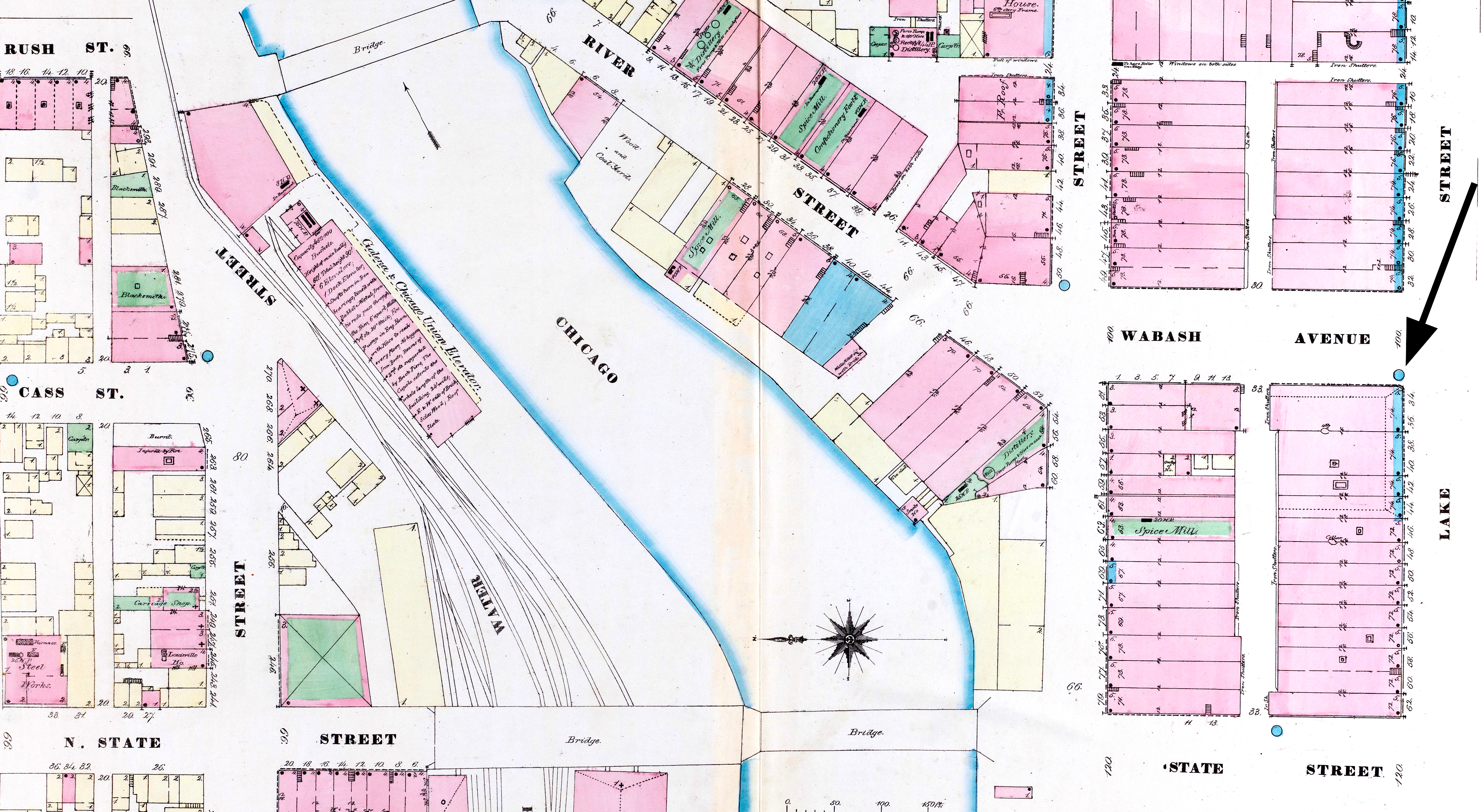 After the Fire, Field, Benedict temporarily moved to 892 Wabash avenue, then in February, 1872, to its permanent location at the corner of Market and Washington streets.