The new public school building now being erected at Reuben street, is very properly to be named the “Clarke School,” in honor of the President of the Board of Education, C. Clarke, Esq.

The following are the boundaries of the new Clarke school district, the building of which was opened this morning:

THE NEW CLARKE SCHOOL BUILDING.
We present elsewhere an elegant engraving of the New Clarke School Building, erected about a year since on Reuben street, between Sampson and Hasting streets, with interior plans of the different floors.

This elegant edifice is only one of the many fine educational buildings of Chocago. Its cost was $70,000, including steam heating and furniture, and it wil accommodate one thousand pupils. The architect is John Barton, Esq., Lombard Block.

It is the constant increase of our population, and the erection of such buildings as this, that gives Chicago real estate its permanent and increasing value. 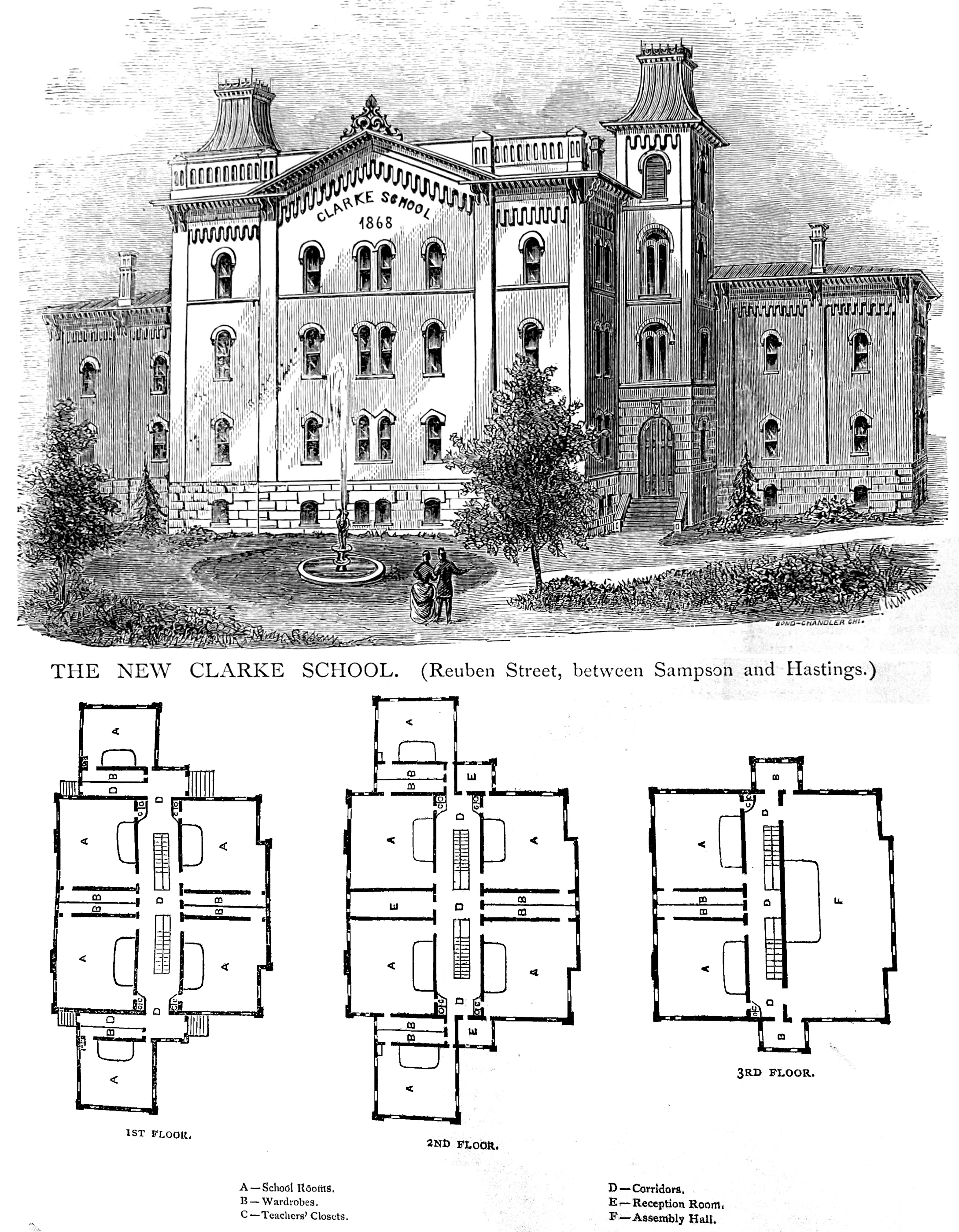 The New Clarke School.
Reuben treet, between Sampson and Hastings. 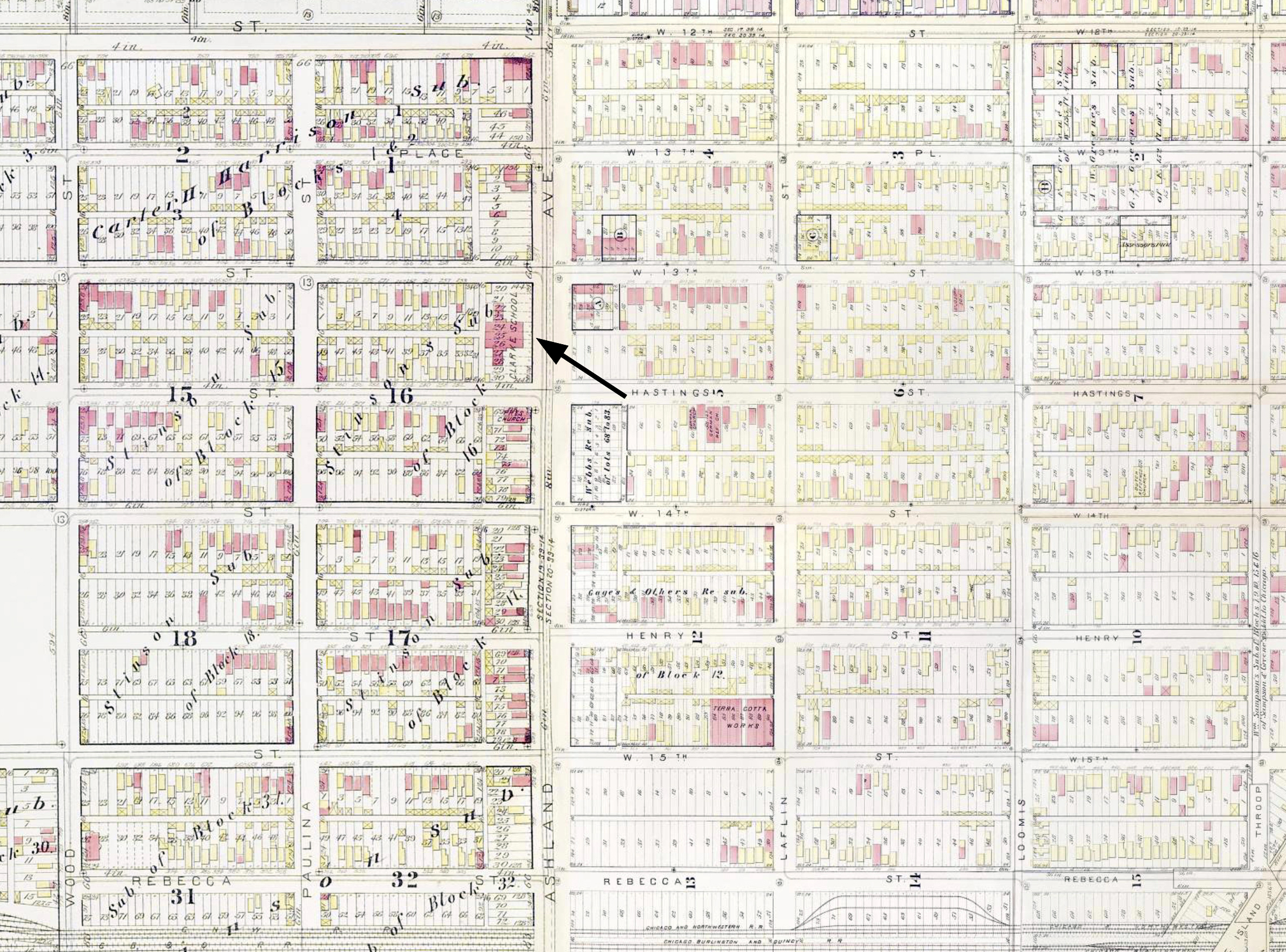