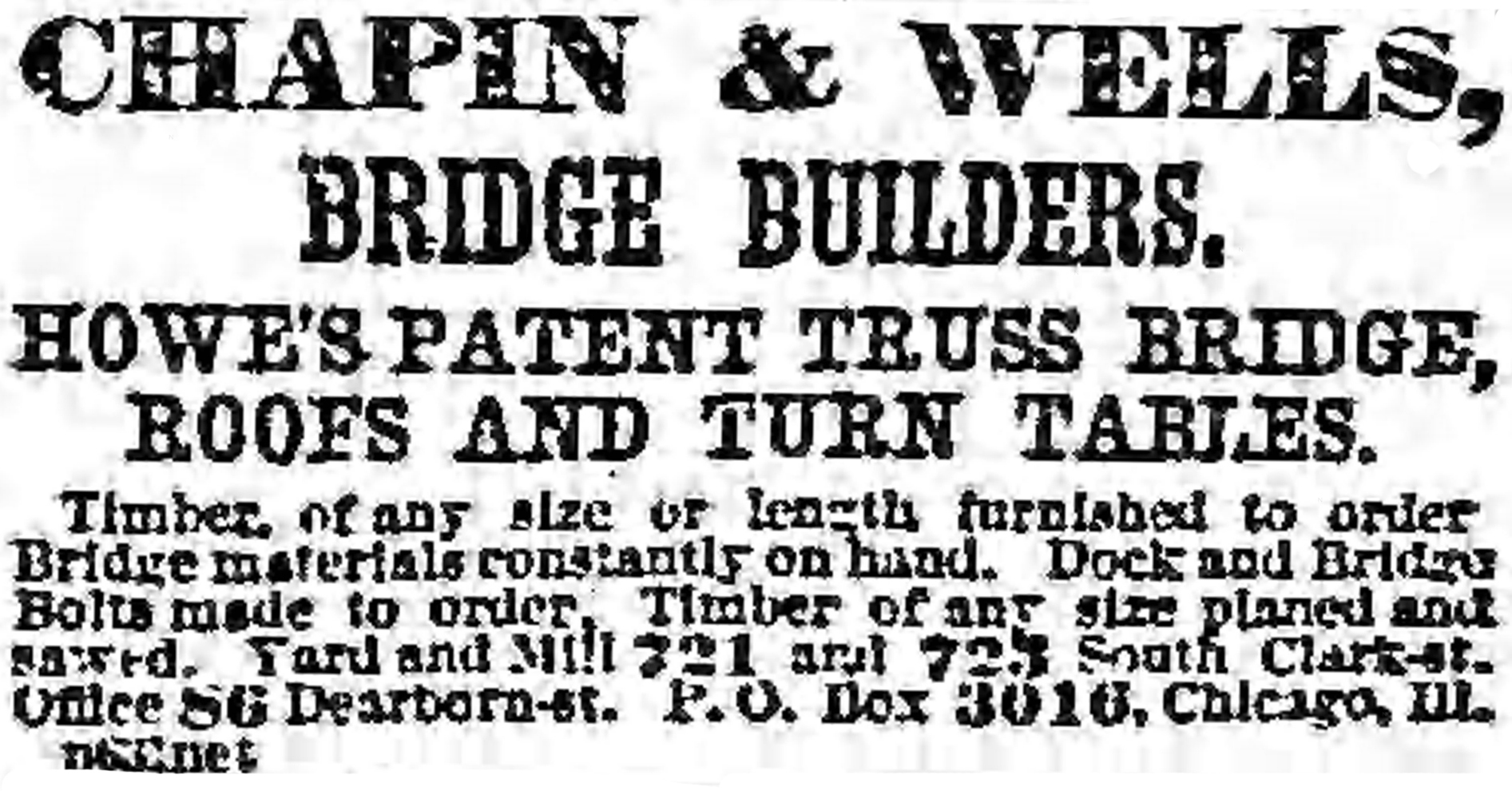 BRIDGE FOR THE PARIS EXPOSITION.—Messrs. Chapin & Wells, the well-known bridge builders of this city, have completed a model of a railroad bridge, such as spans the Chicago River, turning on a pivot, which they are about to send over to the great Exposition at Paris. The model is on a scale of half an inch to the foot, and represents truly every point in the construction for a bridge two hundred feet in length. The ties, rails, girders, bolts, arches, pivots, turntable, &c., are all exact copies of the greater work intended to be need, and when we state that the cost of getting up that little model is nearly two hundred dollars, its nicety of finish will be understood.

The bridge will remain in the office, No. 86 Dearborn street, up-stairs during to-day. Parties interested are invited to call and inspect it.

Chapin & Wells are among the best of our Western bridge builders. They have constructed some of the largest and best bridges, and their work has never yet found fault with, even after long usage. 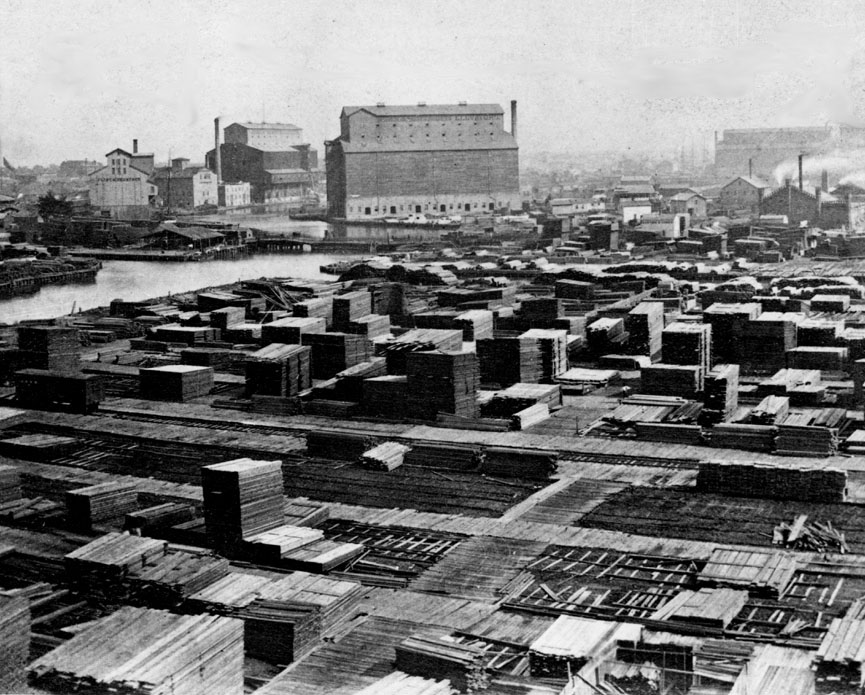 View of the vast wood yards along Clark Street between Twelfth and Seventeenth Streets about 1870 shows. The well known bridge builder, Newton Chapin (1811-1887), owned one of the yards near 14th Street, as indicated in the map below.