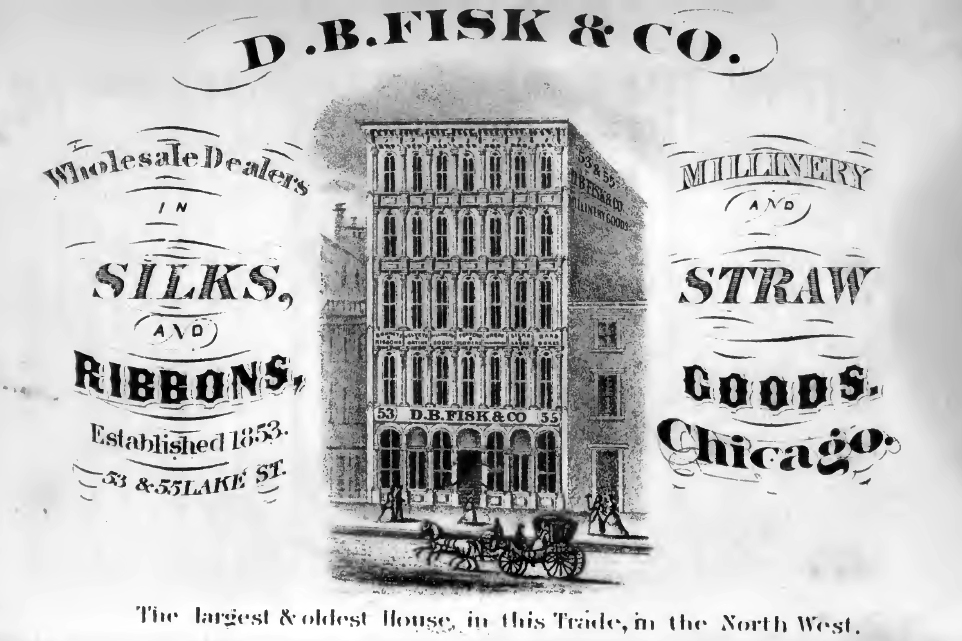 D.B. Fisk and Company was founded in 1853 by Daniel Brainard Fisk who was born in Upton, MA in 1817, and came to Chicago in 1853. He died in Chicago in 1891.. The business was the first wholesale millinery in the area, and it became the largest in the country.

The business’ first location was on Wells between Lake and South Water Streets, but it later moved to 53-55 Lake Street where it stayed until the Chicago Fire destroyed it.

After the fire D. B. Fisk was located in a six story building covering the area where the Marshall Field Annex Building is now located. Here Fiskhats were made and sold. When Marshall Field wanted to build the present Annex they built a 13 story building at South Water and Wabash for D. B. Fisk and Co and built the present Annex Building where the Fisk Store originally was. 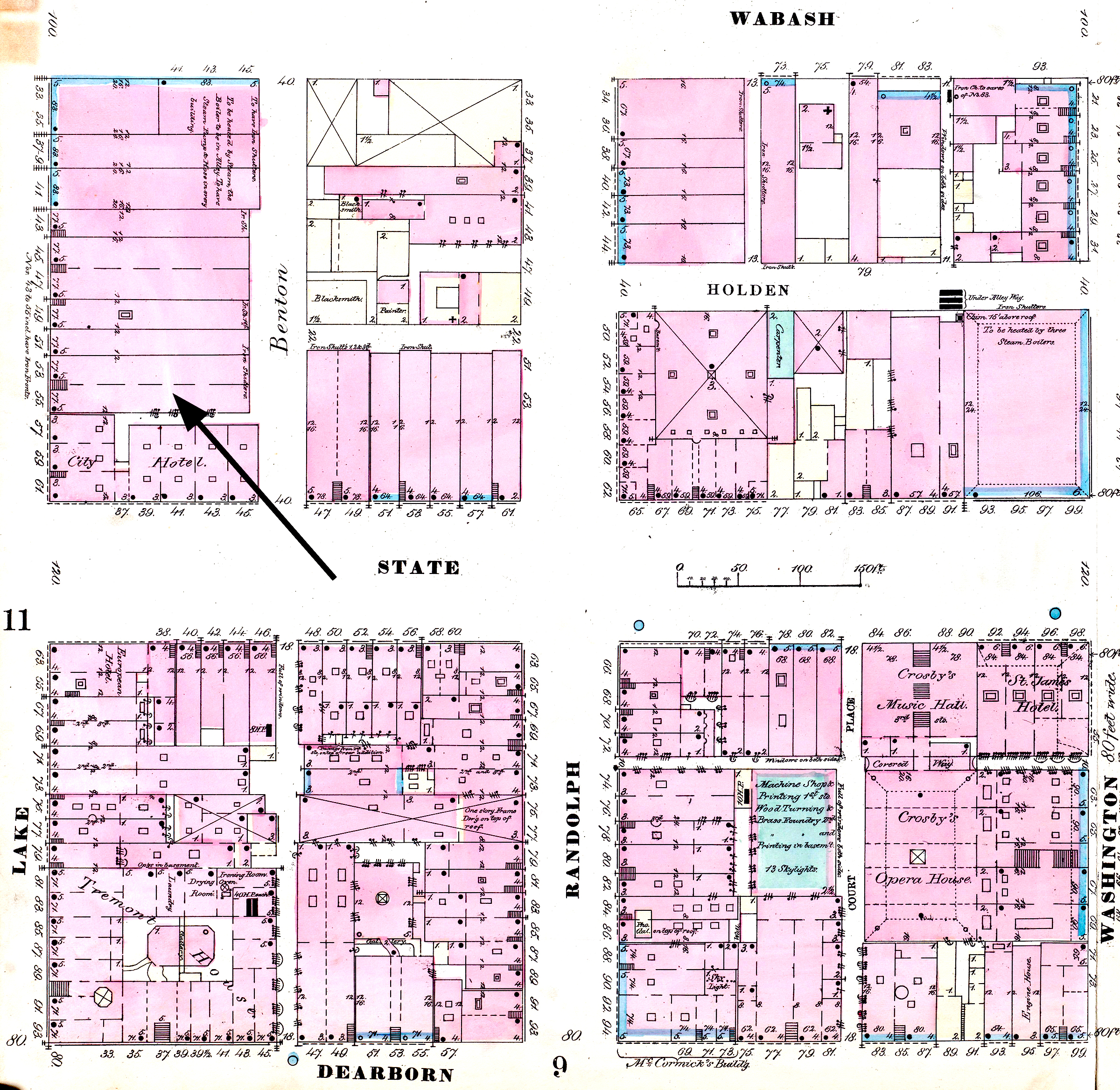