ELEGANT BLOCK ON MICHIGAN AVENUE.—The plans of a block of residences on Michigan avenue, which is to expand entirely from Van Buren street to Taylor street, are to be seen at the office of Wm. Boyington, Architect, in Dickey & Manierre’s block on Dearborn street, near the post-office. The block embraces fourteen houses, each twenty-seven feet front, five stories high, with basement, except two in the centre, and upon each end, which will be five-and-a-half stories and be crowned with observatories. The block will be of white Athens marble, and the plan is that the row will be very imposing and beautiful. The fronts are eighteen feet from the street, and are all in line. Underneath the basement cellars are to be constructed the full site of the house, the first time such a plan has been adopted in Chicago.

One of the houses which will compose this elegant block is already up and inclosed, and most if not all the others will be commenced in the spring. The architect informs us that there is no row in Boston or New York, or in any of the eastern cities, which will begin to compare with this one in elegant beauty and uniformity of design and finish. The inside houses will cost by estimate about $12,000 each, the two centre and end houses about $15,000 each. The following are the names of some of those who design occupying this new block: J. Y. Scammon, Hon. F. C. Sherman, Hon. H. T. Dickey, Henry McCauley, John Sears, Tuthill King, S. C. Griggs and John L. Clarke. 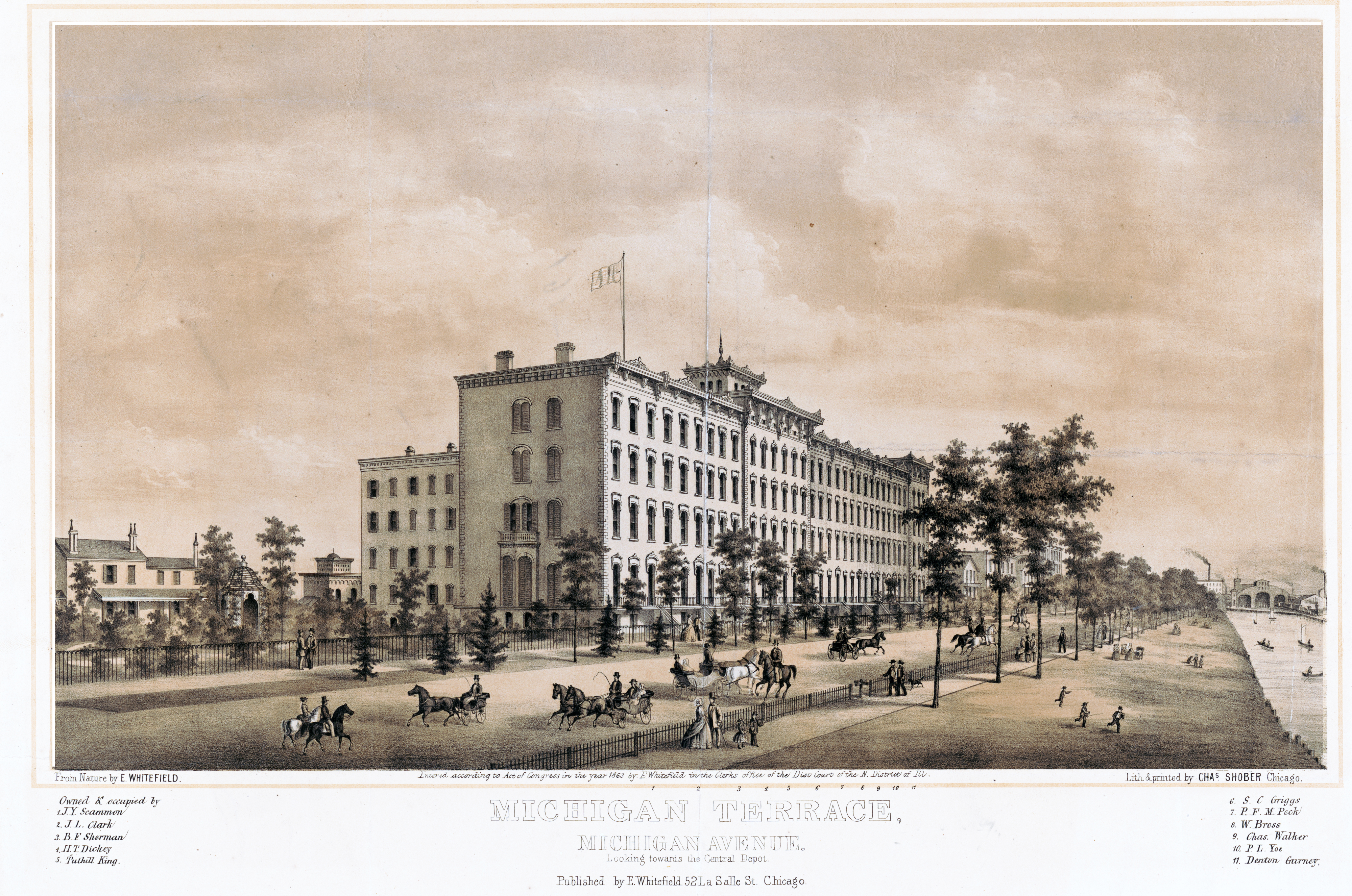 Chicago Tribune, May 2, 1865
The Route of President Lincoln’s Procession

Number 202 Michigan avenue—the residence of Hon. Wm. Bross, Lieutenant Governor of the State, presented a most imposing appearance. It was beautifully draped with black and white crape, interspersed with the additional colors also heavily craped.

Hon. John Y. Scammon’s house, No. 209 Michigan avenue, also was tastefully decorated. On the balcony was a bust of the President surrounded by wreaths of immortelles, and surmounted in the back ground by a cherub. The main entrance to the house was massively draped, the parti-colored cambric being relieved by the Anchor of Hope prettily arranged amid the drapery.

In 1857, Terrace Row, on Michigan avenue, was constructed, and Mr. Tuthill King moved into one of the residences, renting his block—including his own home where he had lived for thirteen years—to Mr. Shepley, who used them as a boarding house till the year 1865, when they were fitted up as offices, for which purpose they have been used till the present time. They are now being cleared away to give place to the Merchants’ Insurance building. 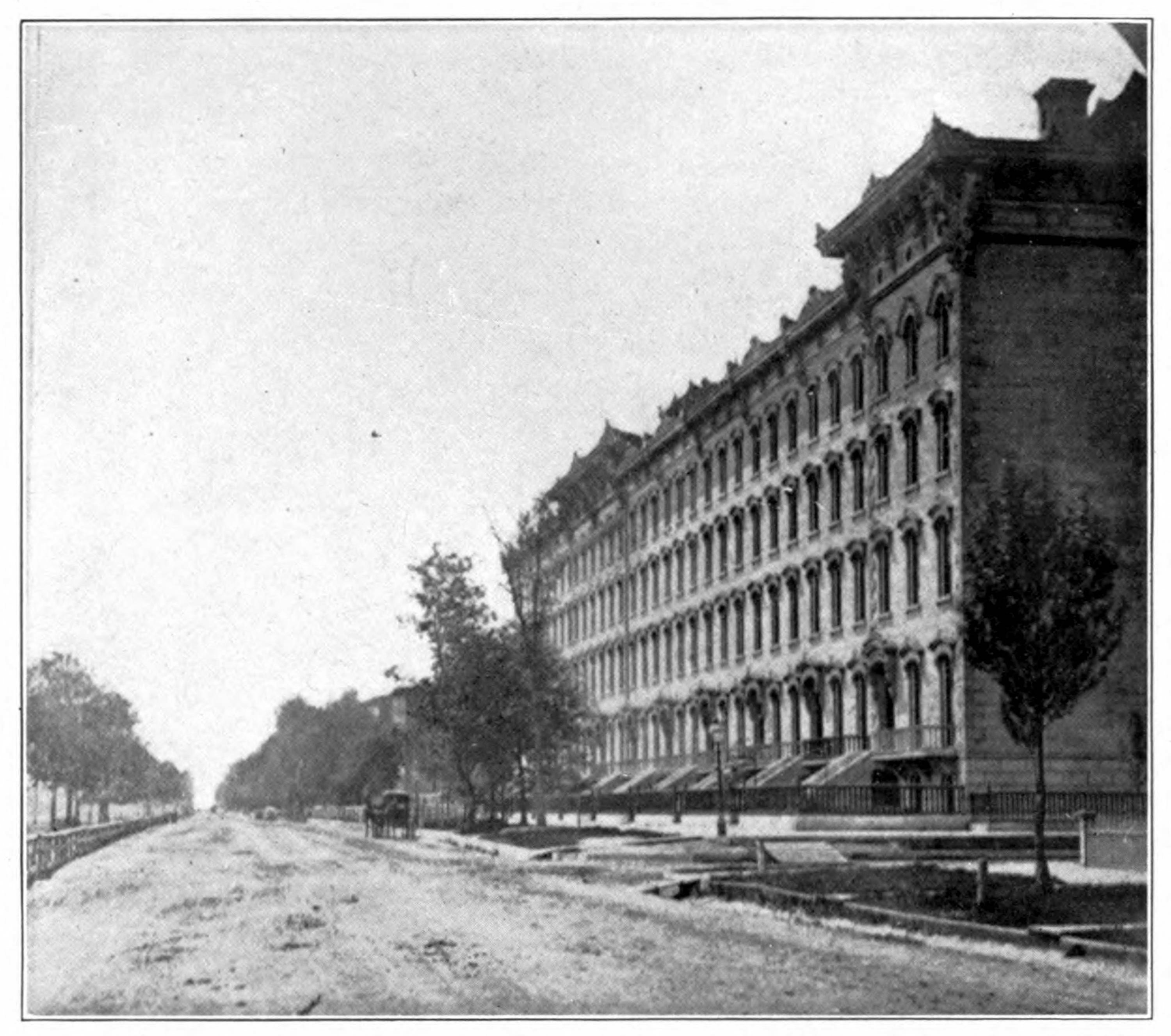 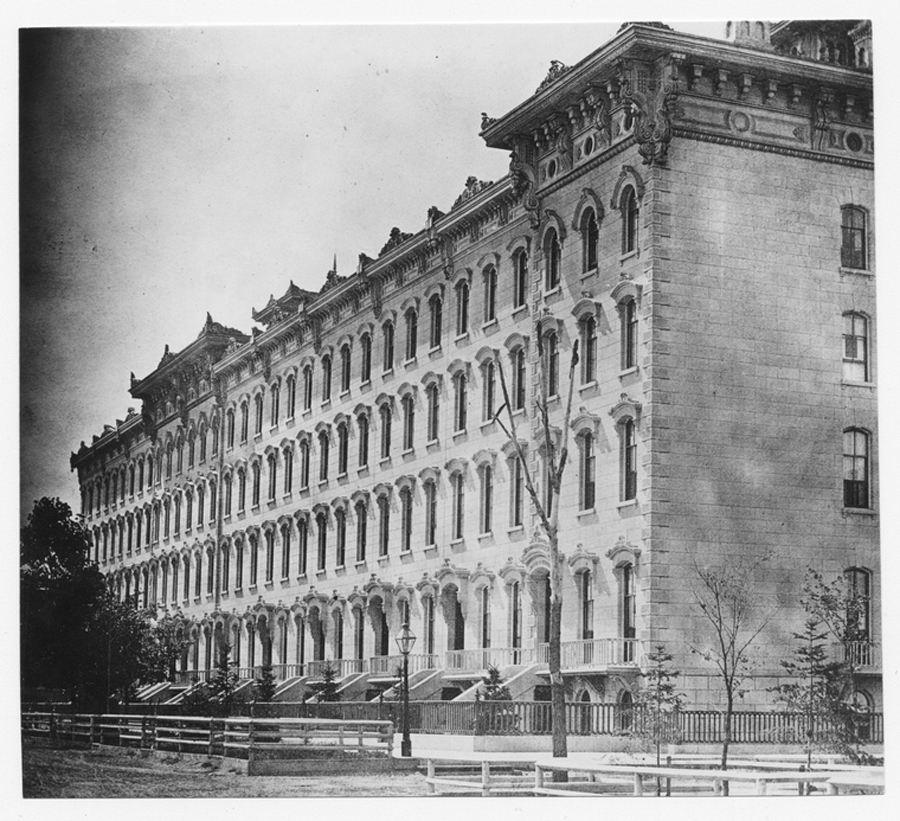 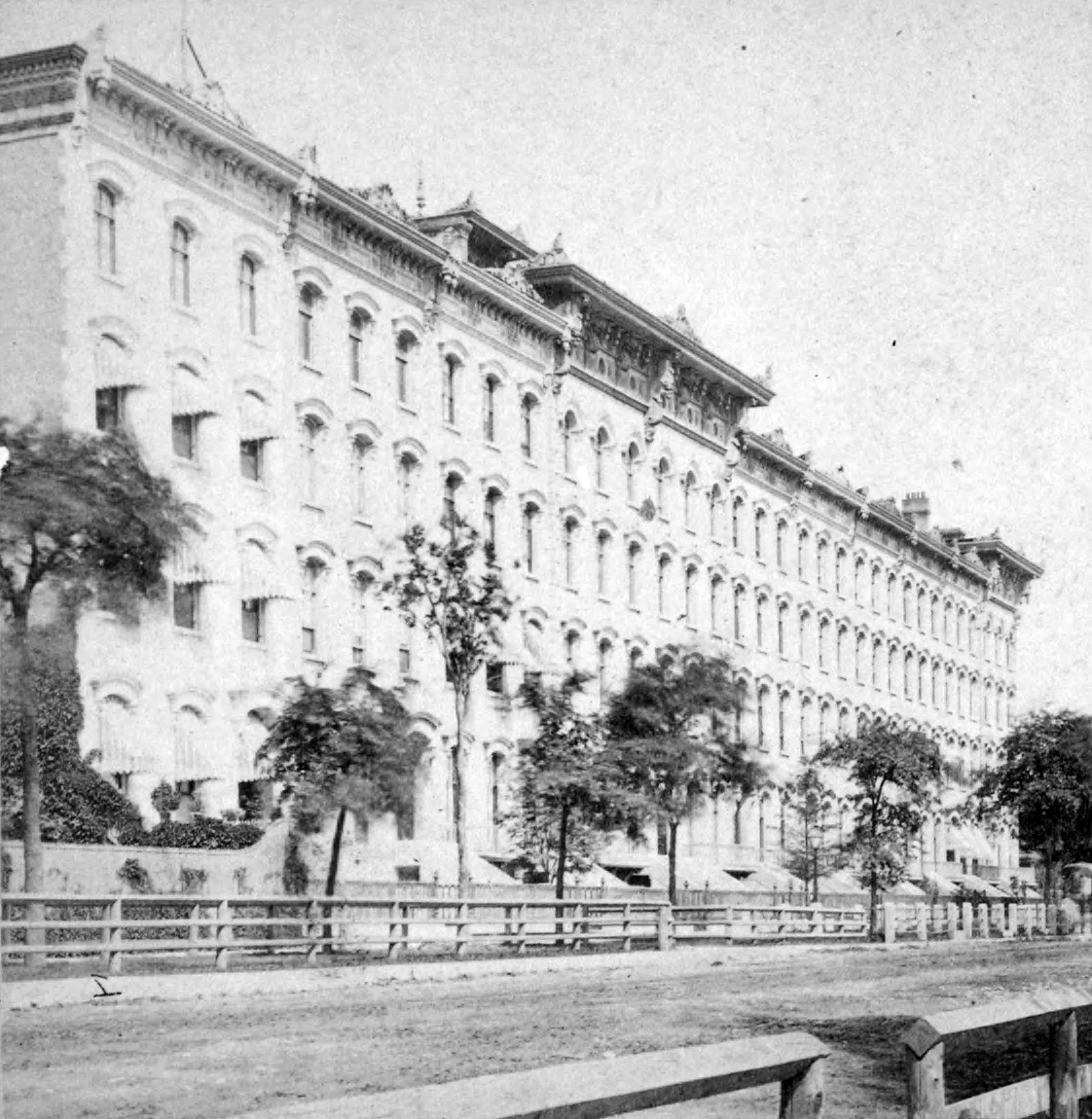 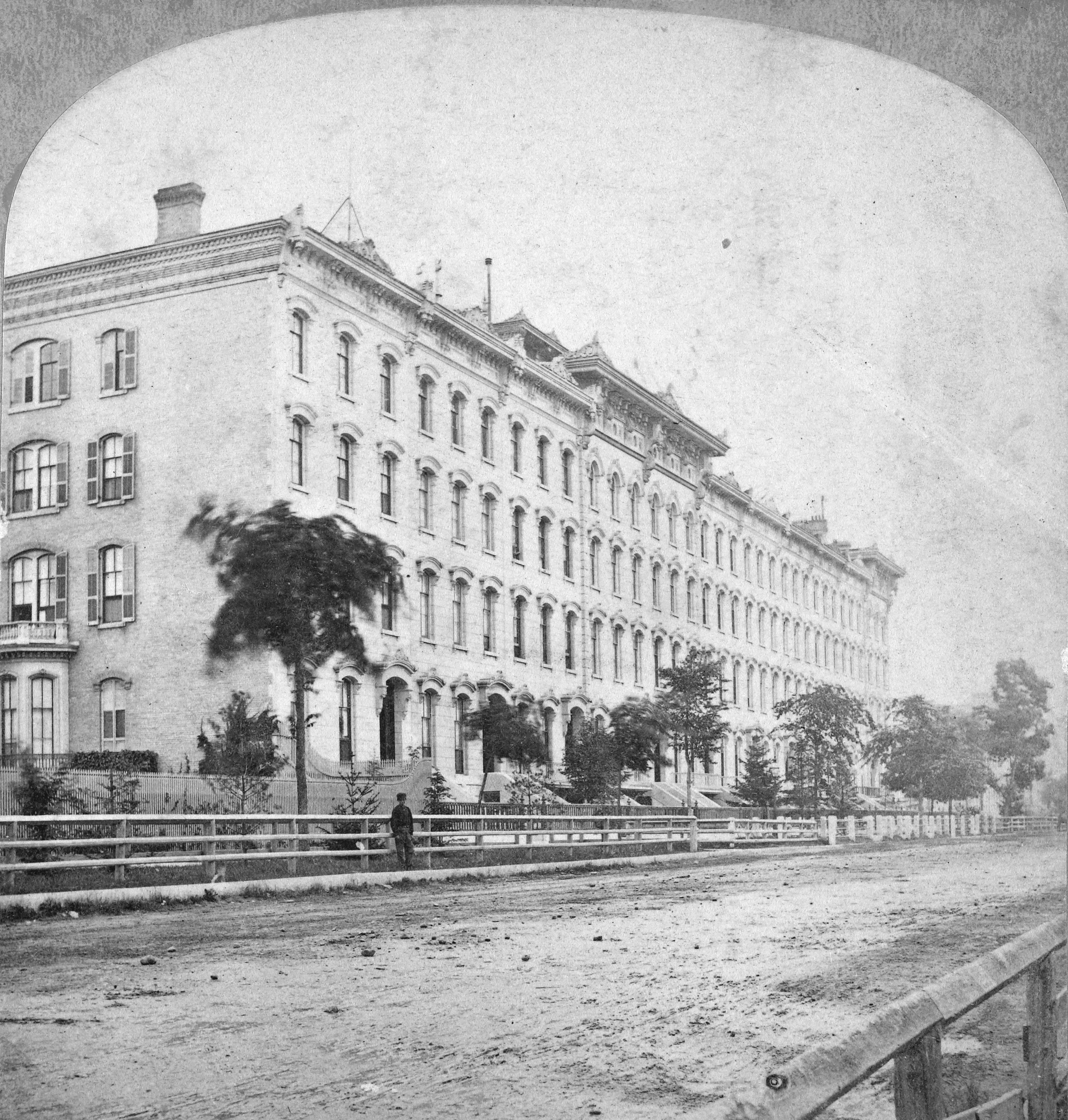 The gardens of Jonathan Y. Scannon can be seen in the foreground. 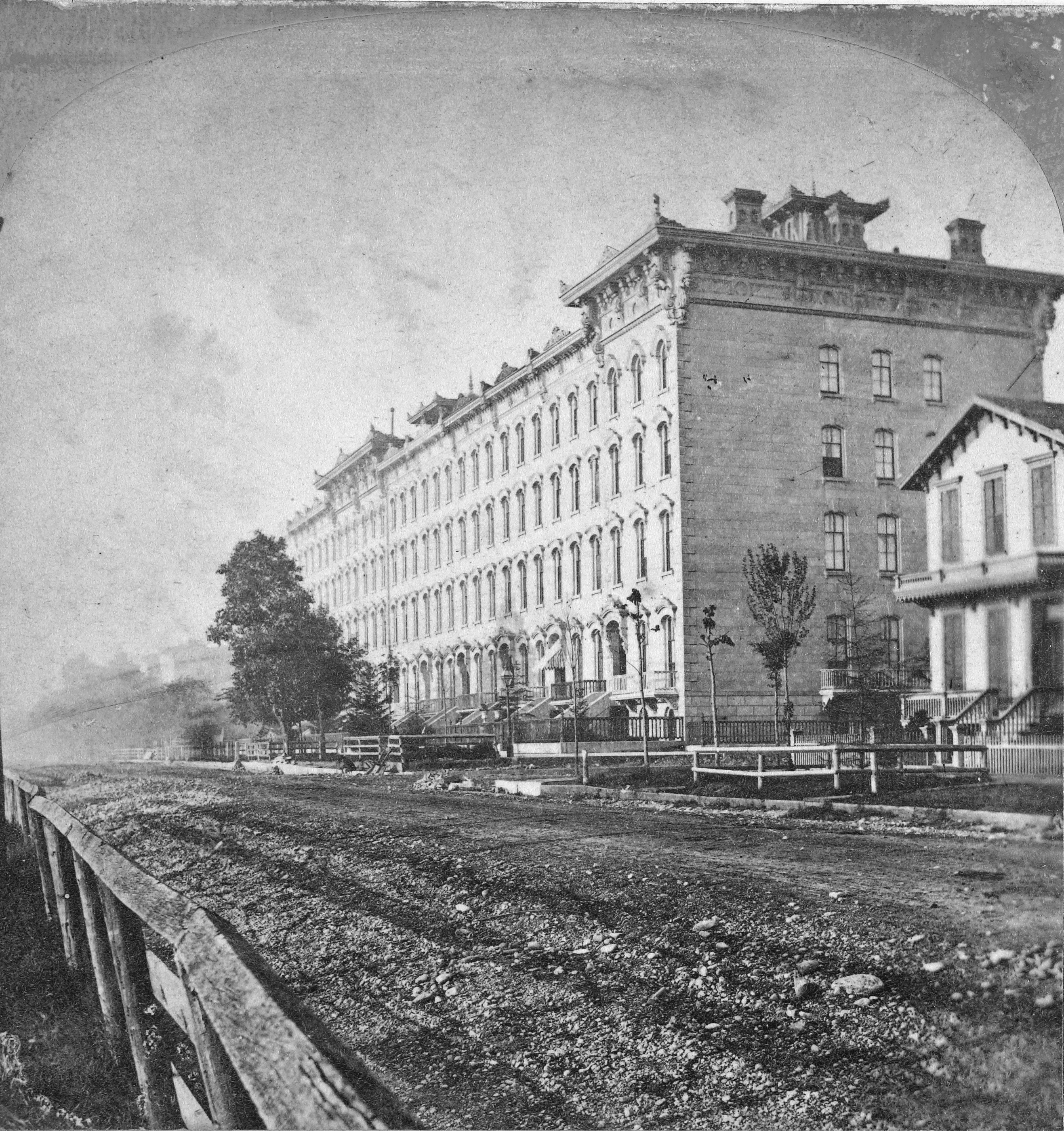 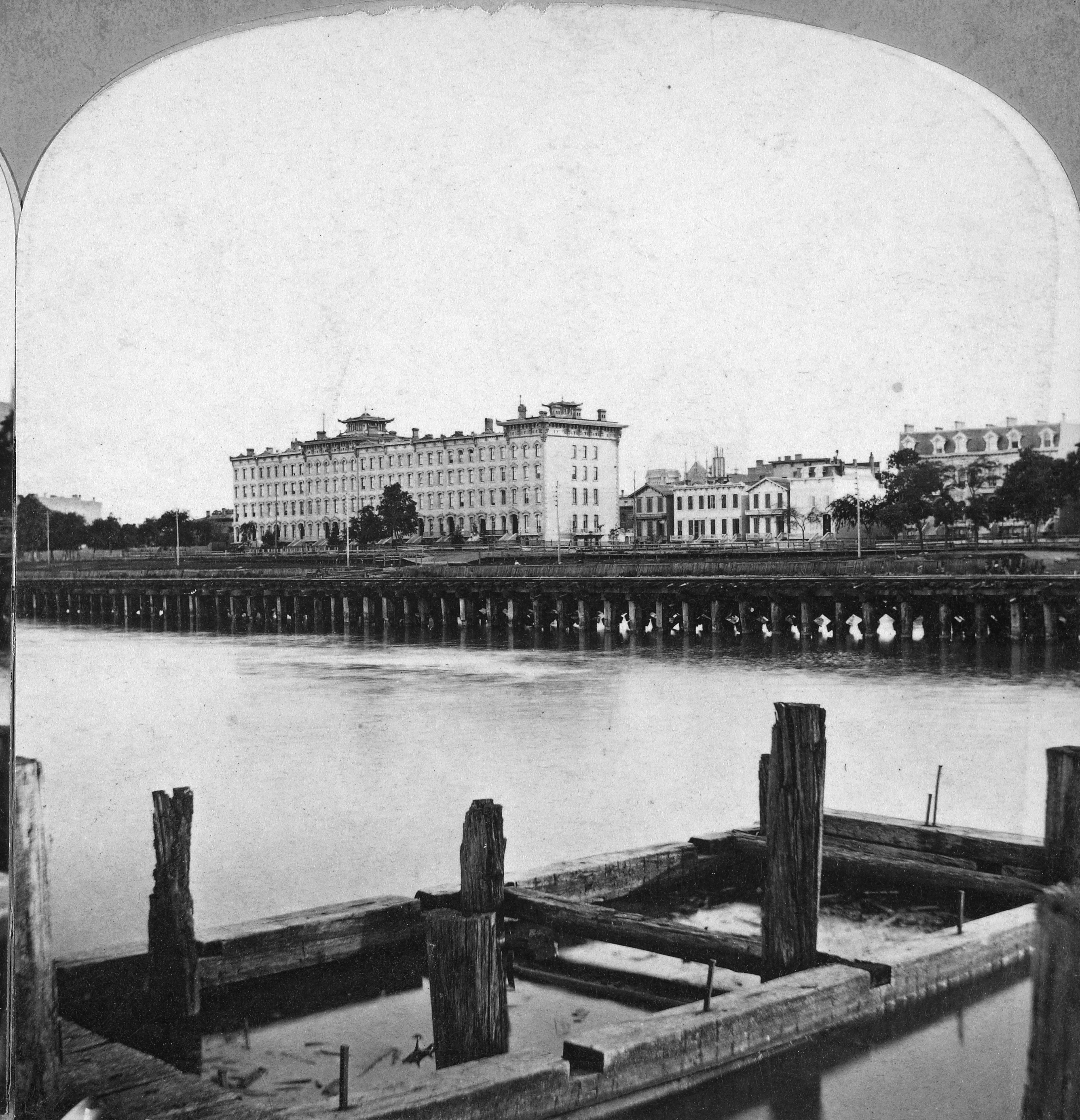 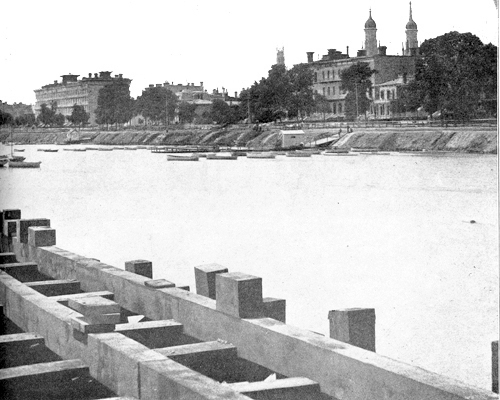 Michigan Avenue from Breakwater. Michigan Terrace is on the left and Trinity Church can be seen also.
Photographer: Copelin and Melander 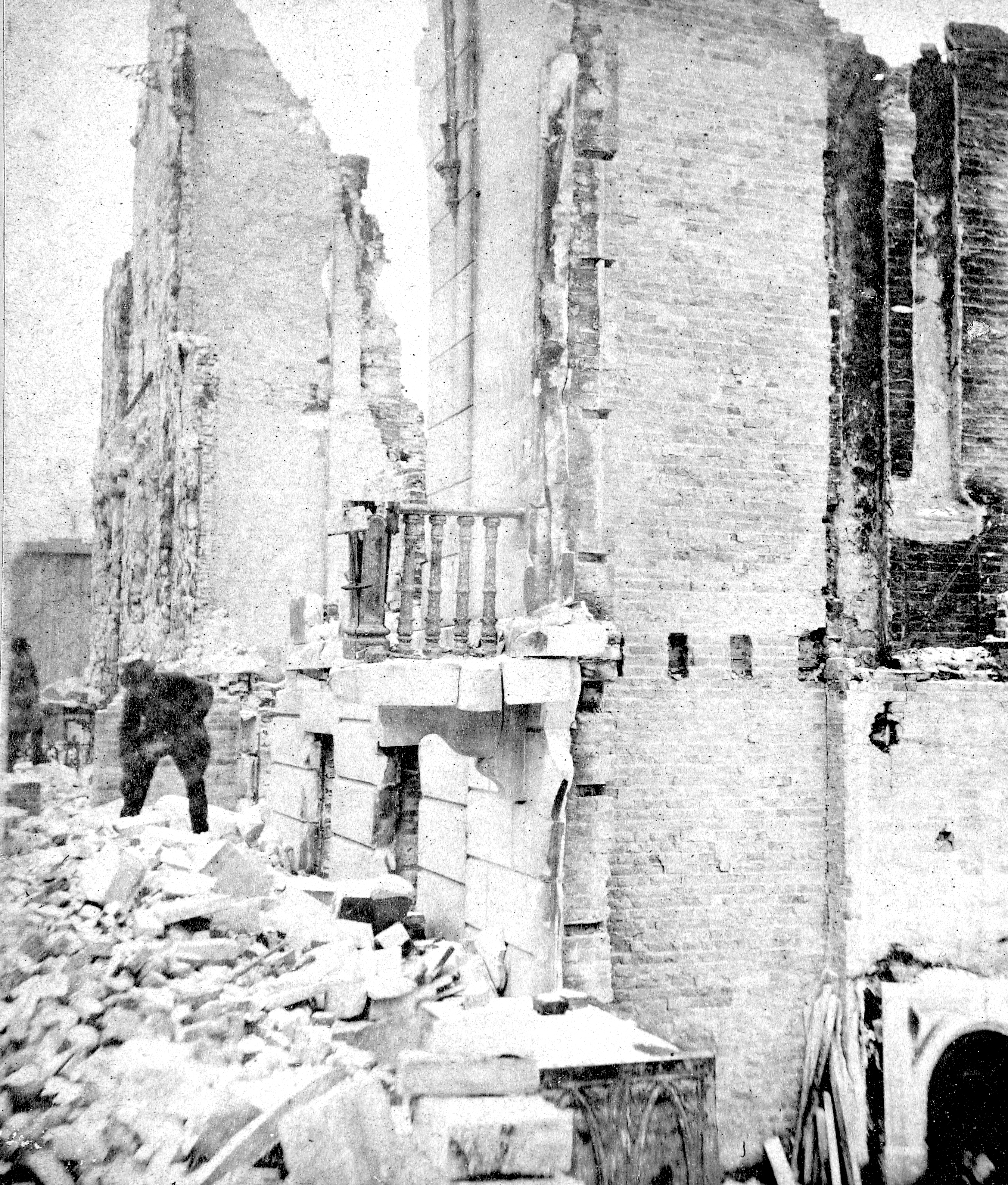 J. Y. Scammon has already broken ground on his lot immediately south of the late Terrace Block, and will build immediately a frame block, 120×120 feet, of one-story stores, with a two-story front four offices. There will be three of these stores. The first will be occupied by Geo. C. Cook & Co., wholesale grocers, the second by Henderson & Co., boots and shoes, and the third by William H. King & Co. It is also lutimated that Mr. Scammon will reopen the Marine Bank in the addition which he had begun to make to his late residence, and which was spared.

Charles G. Wicker thought the blowing up of buildings was absolutely necessary. The fire could not have been checked without blowing them up. He believed it was owing to the efforts made there by the Mayor, Commissioner Sheridan, and those who were with him on Harrison street, that the fire was checked at that point. Michigan Terrace could have been saved with another engine. 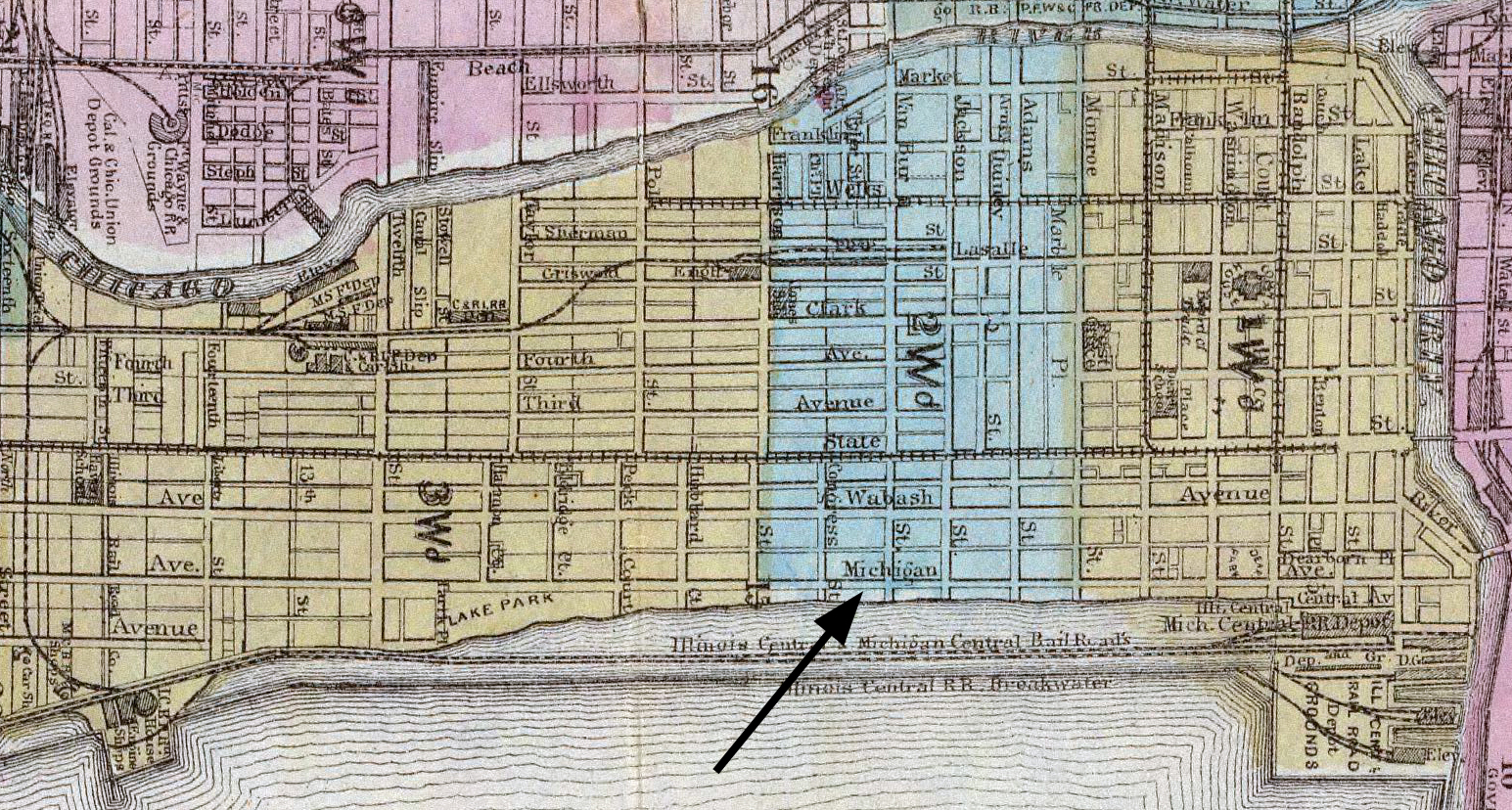 Michigan Terrace in relation to the Chicago Fire of October, 1871