An artesian well 711 feet deep was drilled in Chicago in 1864 at the corner of Chicago and Western Avenues and the pressure at the ground surface was about 80 feet. The owners of the well proposed to drill two 15-inch wells and secure water (20,000,000 gallons a day) at sufficient pressure to supply the city without pumping.

A lawyer named George A. Shufeldt, Jr., who was an investor in the well recounted how he became involved in the project. Interested in spiritualist activities, he met a medium in Chicago named Abraham James. James claimed clairvoyant powers, and made geological drawings as directed by spirits.

The pencils are placed between the fingers and the hand moves with a rapidity which troubles the eye to follow, each pencil doing a separate part of the work at the same time and it makes no difference whether it be in the dark or light; indeed his best pictures are made in a dark room. I have frequently bandaged his eyes and held a paper between his face and his picture and it made no difference…

In addition to complex geological renderings, James reportedly used this method to draw a life-size portrait of Abraham Lincoln.

Eventually, Shufeldt recounts, the medium indicated a specific piece of land where petroleum would be found in Chicago, and also a “stream of the best purest and healthiest water known anywhere” The medium was taken to Chicago and Western Avenue and “was there entranced and in that state selected a point for boring the first well.” Soon water was flowing from the well (although the petroleum never materialized.) The tract of land on which this well is located is forty acres in extent, and lies at the city limits of Chicago—at the corner of Chicago and Western avenues—three and one-half miles from the Court House, or center of the city. Buildings of all kinds are gradually approaching it, and the onward course of the great city of the West will soon surround it. The elevation is thirty-one feet above the level of the lake, and is the highest ground within the corporation limits; the water has a head of at least eighty feet above the surface of the ground, giving one hundred and eleven feet above the lake, thus warranting an ample head for all practical and useful purposes.

In 1865, the Tribune described the well as the “greatest artificial curiosity in or near Chicago” and reported that crowds, “sometimes as great as eight hundred or a thousand” gathered there. (Chicago Tribune, Sept. 29, 1865.) Several years later, the paper reported that “artesian well fever” had spread to nearby farms. The reporter speculated that the digging was driven by a dry season and a desire to boost property values. (Chicago Tribune, Nov. 27, 1867.) As late as 1880, the well was mentioned in the paper, and the ice house appears on Robinson’s Atlas of 1886.

Their expectations have never been realized. 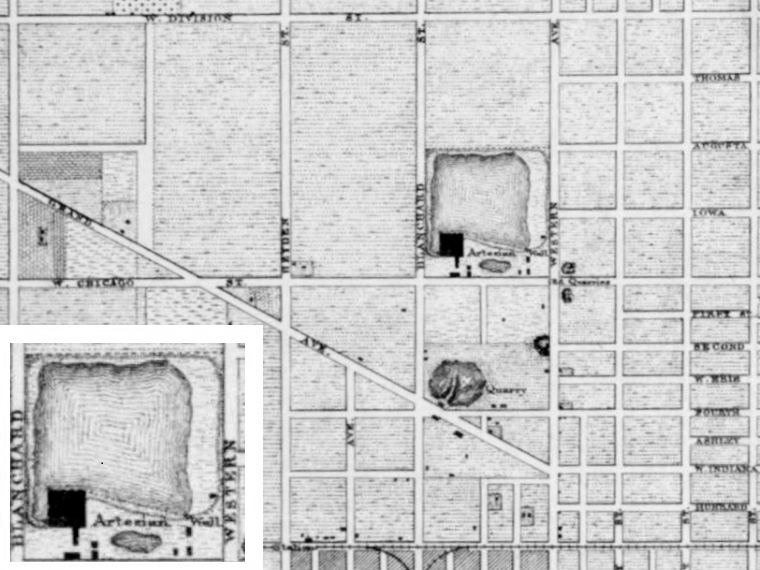 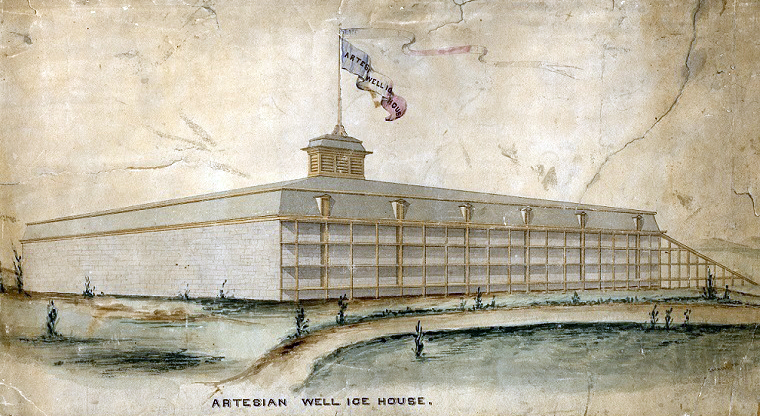