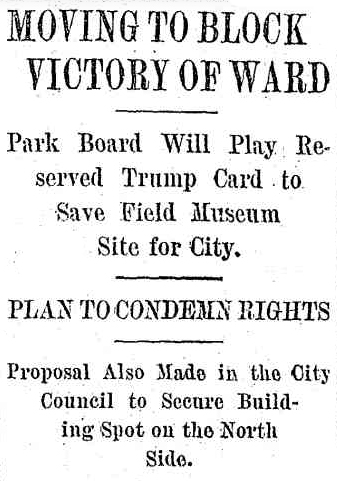 Trustees of the Field Museum, defeated in the long legal controversy with A. Montgomery Ward over the erection of a home, for the museum on the lake front in a decision handed down yesterday by the Supreme Court of Illinois, will rise once more—and immediately—to the battle of rights.

Scarcely had the news of the eagerly awaited decision reached the public when Stanley Field, president of the board of trustees, and John Barton Payne, the board’s council, announced they had one more card to play—a card they had concealed from the beginning.

This trump, which the trustees believe will swing the side of the battle finally in their favor, was not played before on account of the south side commissioners. It was kept in the hand because—in the words of Mr. Field—”the park commissioners felt that it was necessary for the future welfare of the park.”

May Select Another Site.
But even if the play should fall, Chicago, at any rate, will not lose the museum, for the trustees will build in some other part of the city.

In the city council in the evening a resolution was presented asking for a conference between the Lincoln Park board and the museum trustees withe the end of finding a site in Lincoln Park. The resolution was referred to committee. The move was regarded as significant of offers likely to come from many sources.

The forces behind the general movement for the beautification of Chicago refused to regard the Supreme Court decision as a vital blow.

At the worse, in the view of the promoters of the Commercial club plan, only two structures—the Field museum and the John Crerar library—are affected.

To Montgomery Ward, however, the long fight was drawn to a conclusion. 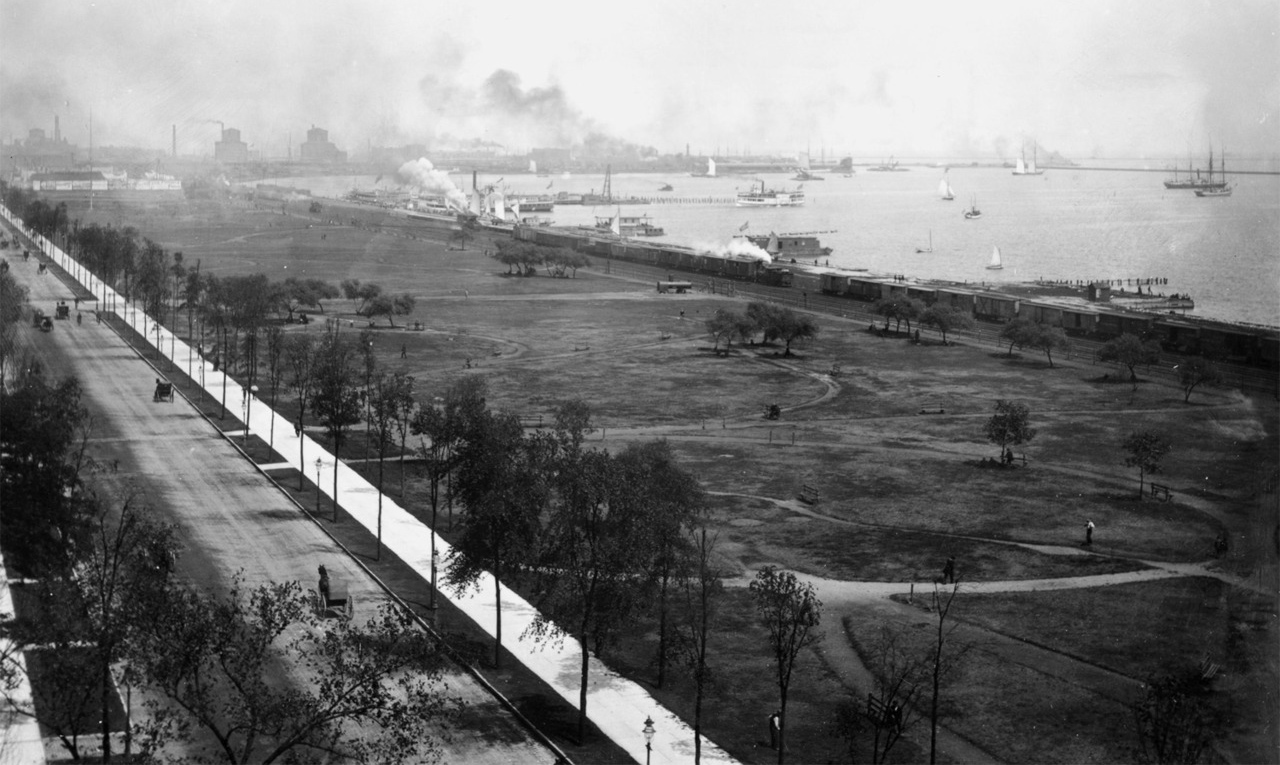 Ward Proud of His Victory.
In his apartment at 4352 Drexel boulevard Mr. Ward celebrated the victory by demolishing a precedent in his history. He gave The Tribune an interview on the long fight that has brought him criticism from many quarters, and closed it with the hope that Chicago might appreciate and value his efforts during his lifetime, though he had his doubts. Mr. Ward began:

It has been an uphill fight, but the victory is sweet. Had I known in 1890 how long it would take me to preserve a park for the people against their will I doubt if I would have undertaken it. I think there is not another man in Chicago who would have spent the money I have spent in this fight, with the certainty that even gratitude would be denied as interest. I have lived here since 1865 and have watched and assisted the city’s development, but this is one of best things I ever did for Chicago.

I have no antagonism against the Field Museum, but I do not think Grant Park is the place for it, aside from the legal basis of my fight. It should be placed near the University of Chicago, where it can be of service to the growing generation. But had I not fought the museum project the park commissioners would have filled the park with buildings, for they had nineteen projects in view. It would have been the case of the camel warming nose in the tailor’s shop all over again.

Says the Poor Want Park.
I fought for the poor people of Chicago—not for the millionaires. In the district bounded by Twenty-second street, Chicago avenue, and Halsted street, live more than 250,000 persons, mostly poor. The city has a magnificent park and boulevard system of some fifty miles, but the poor man’s auto is shank’s mare, or at best the street cars. Here is a park frontage on the lake, comparing favorably with the bay of Naples, which city officials would crowd with buildings, transforming the breathing spot for the poor into a showground of the educated rich. I do not think it is right and the highest court in the state has thrice upheld me.

Why should I enter an agreement for the erection of the Field or any other museum in Grant Park? The law would not permit it, in the first place, and the city councils and park boards shift annually. My experience in this regard has been one of broken promises. Nearly twenty years after I had won my first case I permitted the old battery D armory on the lake front to remain on promise of removal in ninety days. At the end of that time they refused to demolish it and another law suit was necessary.

Lake Front Dumping Ground.
The building netted somebody about $85,000 a year, I am told, in rentals for dog and prize fights, the First ward balls of that period, and similar affairs. The city used the ground for a dumping ground for dead animals and street refuse, a disgrace to the city and a menace to health. Today the lake front is clear and comparatively a thing of beauty. But all that is forgotten.

This court decision will not interfere the ‘City Beautiful’ plans for they do not need a background of museums. I am interested in the Commercial club’s plans and contributed much as any one to aid their preparation, but the public is not told that.

I have nothing at stake in this fight, but the good of the people now and for future generations. Perhaps I may see the public appreciate my efforts, but I doubt it.

Trump Card for Museum.
The confidence of Mr. Ward, however, did not disturb his opponents. They held their trump card a mighty instrument. It is drawn from the statute governing the right of condemnation, passed in 1891, amended in 1903, and found in the revised statutes. This provides:

If any owner or owners of any lands or lots abutting or fronting on any such public park or adjacent thereto have any private right, easement, interest, or property in such public park, appurtenant to their lands, lots, or otherwise which would be interfered with by the erection and maintenance of any museum, as herein provided, or any right to have such public park remain open or vacant and free from buildings, the corporate authorities of the city or park district having control of such park may condemn the same.

When in formed of the new move promised by the museum trustees Elbridge Hanecy of counsel for Mr. Ward classified it as “mere bunk.”

South Park Board to Act.
In reply to this Mr. Payne said:

Mr. Hanecy is a charming gentleman. It was the original intention of the trustee to condemn Mr. Ward’s easement, but it was not done because the park commissioners only had the power to start these proceedings. Now there will be no objection on the part of the commissioners, and we will begin at once. I think the statute which was passed in 1891 and amended in 1903 covers the point clearly and precisely.

There are instances on record where authorities of parks have started such proceedings and have been successful. I do not see where this will fail. I am disappointed in the Supreme court’s decision, but it is by no means the finish of the case.

Two courses were left open to us by this decision. Either we could ask for a rehearing or we could institute condemnation proceedings. S it is now two years, two months and a half until the time set by the Field will for the selection of a site expires we deemed it almost too short a time to ask for a rehearing. 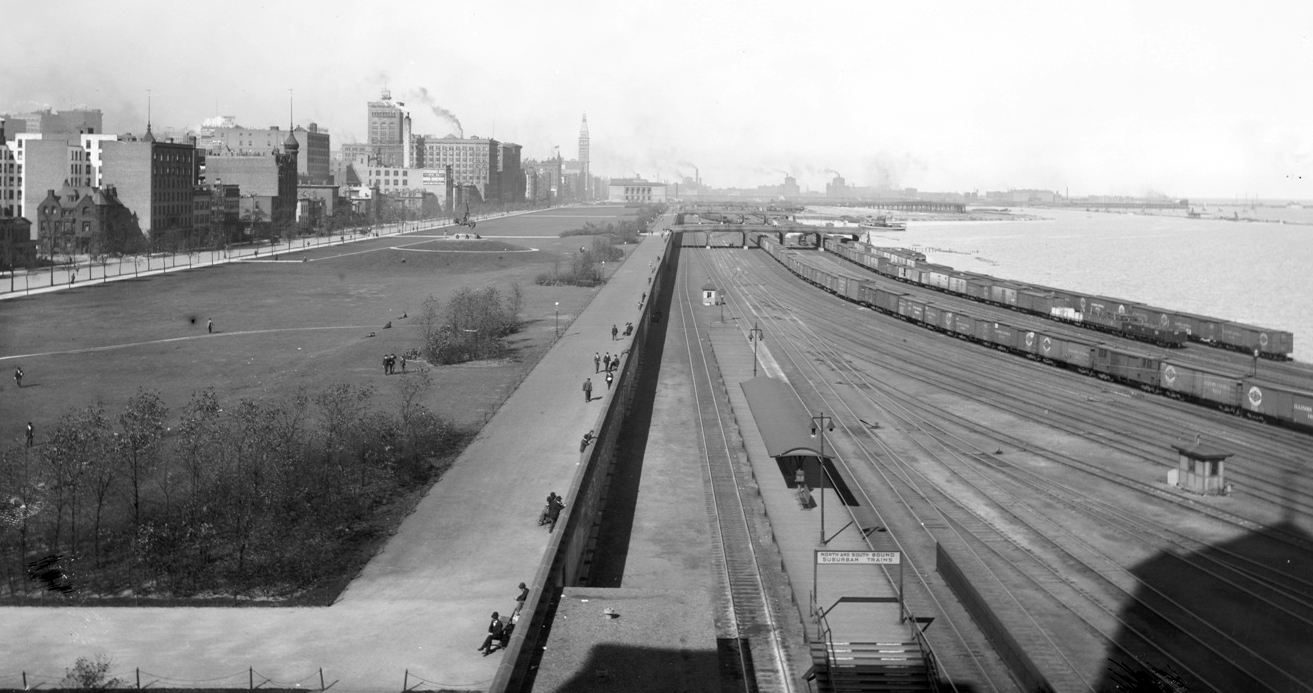 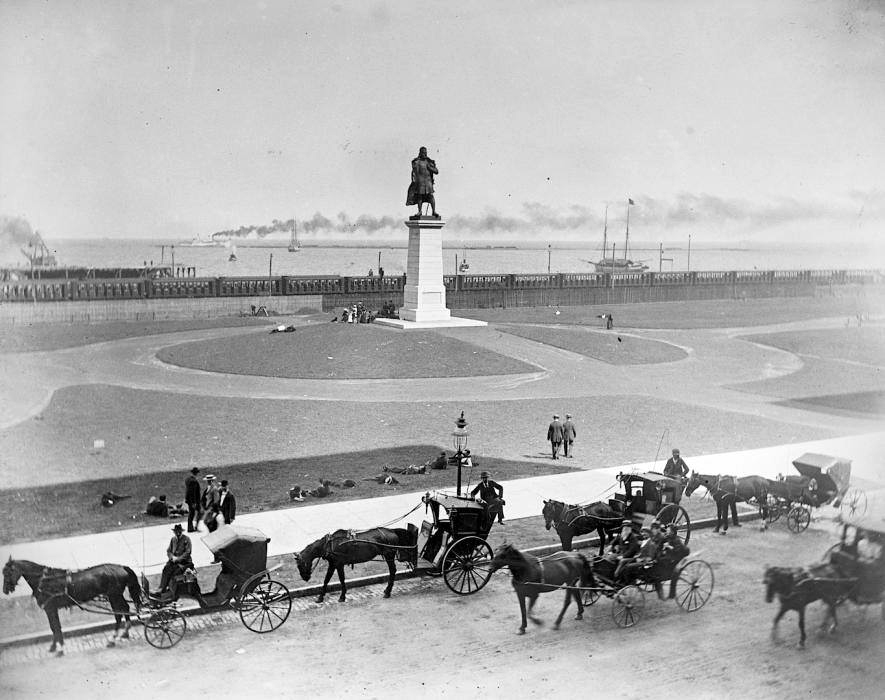