The new Eiger building, Randolph and Dearborn streets, is to be fourteen stories, basement and subbasement, fireproof steel frame, and of highest type of construction. It will rest on caisson foundations and will have an exterior finish of full glazed white enamel brick and terra cotta. The work of razing the present five story building on this corner will begin May 1. The interior is so arranged that all the shops and offices will have outside light. The corridors and basement will be in marble and the woodwork in mahogany. The building, which is to be erected by Eiger Bros., will be in charge of E. F. Keebler & Co., who have already a number of leases under contract. Alfred S. Alschuler is the architect. 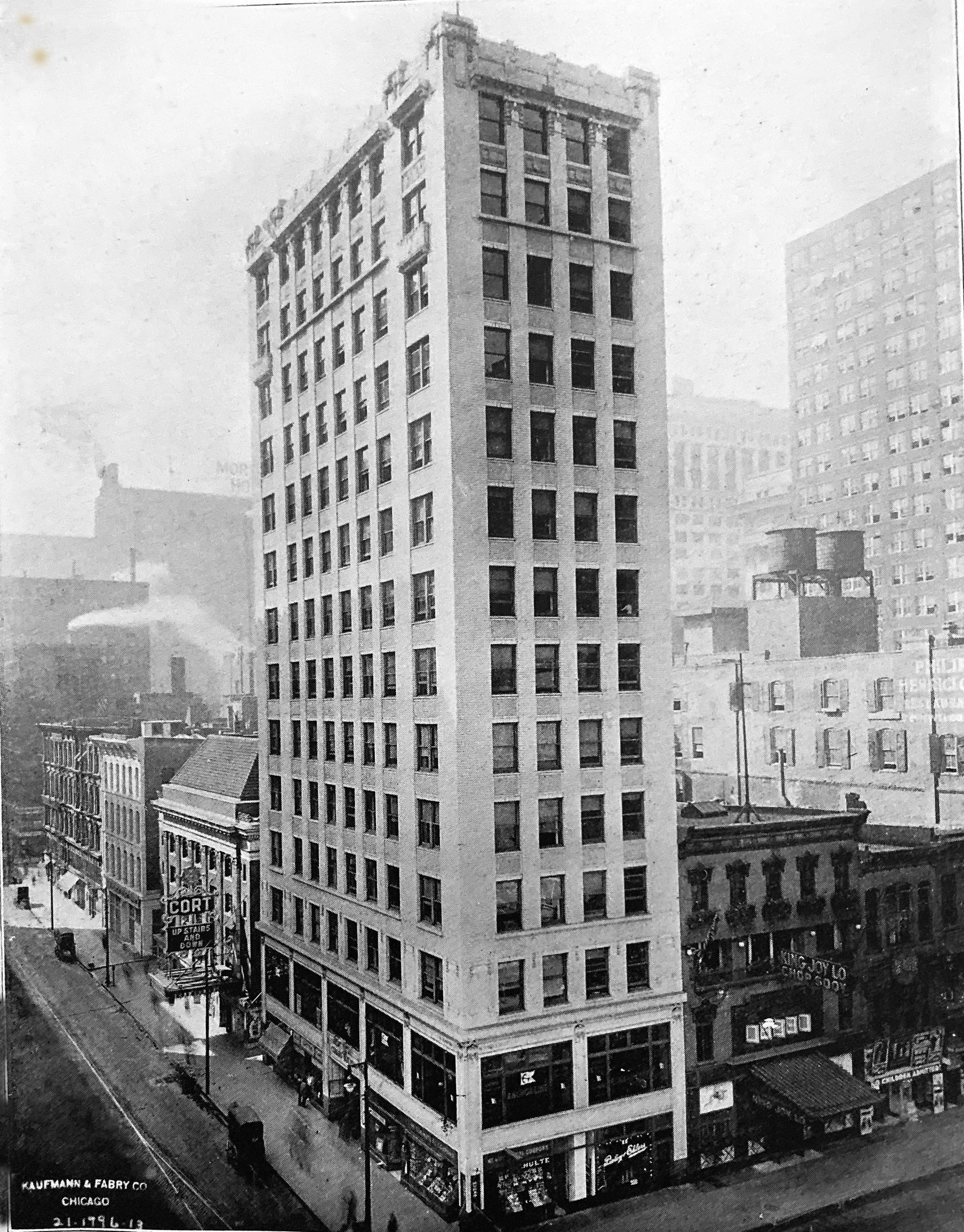 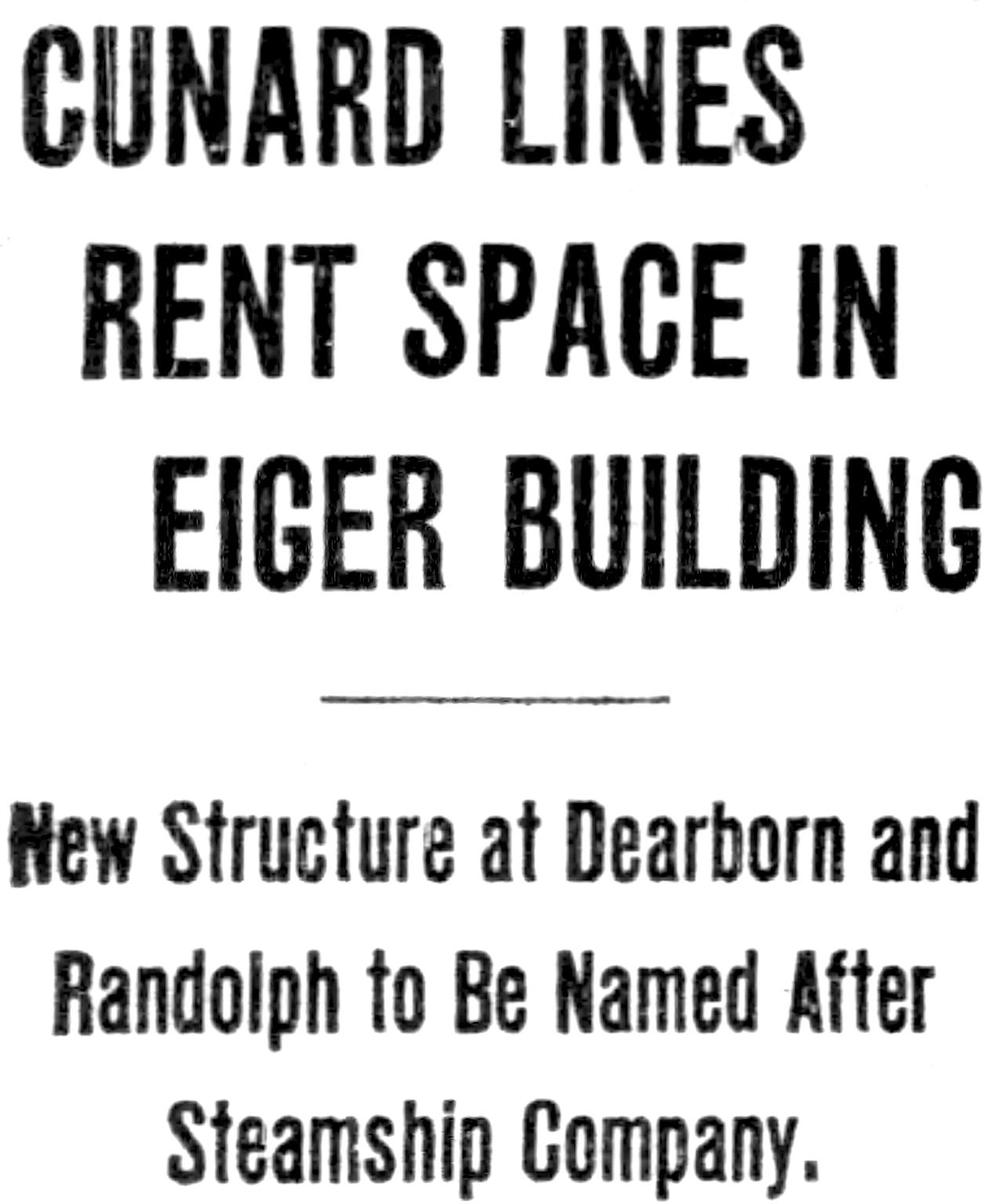 A transaction of much interest has been closed in the loop district by E. F. Keebler & Co. in the lease for Emil, Joseph, and Oscar Eiger to the Cunard Steamship company, limited, represented by F. G. Whiting, western manager of the Cunard and Anchor lines of the entire bank floor and additional space on the eighth floor of the new building at the southwest corner of Randolph and Dearborn streets.

The lease runs for twenty years at a term rate of $100,000, the space on the bank floor is approximately 2,500 square feet renting at the rate of about $3 a square foot. The building, which has been known as the Eiger building, will be renamed the “Cunard” building. The Cunard Steamship company, together with the Anchor line, will move to the new quarters from the bank floor of the McCormick block at the southeast corner of Dearborn and Randolph streets, where they have been located for the last eighteen years.

It is interesting to note in this connection that this the third move of the Cunard company during the forty years since it first opened in Chicago. Their first office was at 72 Market street, and the year following it moved to the old Sherman house corner, the second move being to the present location, Randolph and Dearborn streets. This corner is regarded as particularly well adapted to the business of the company. 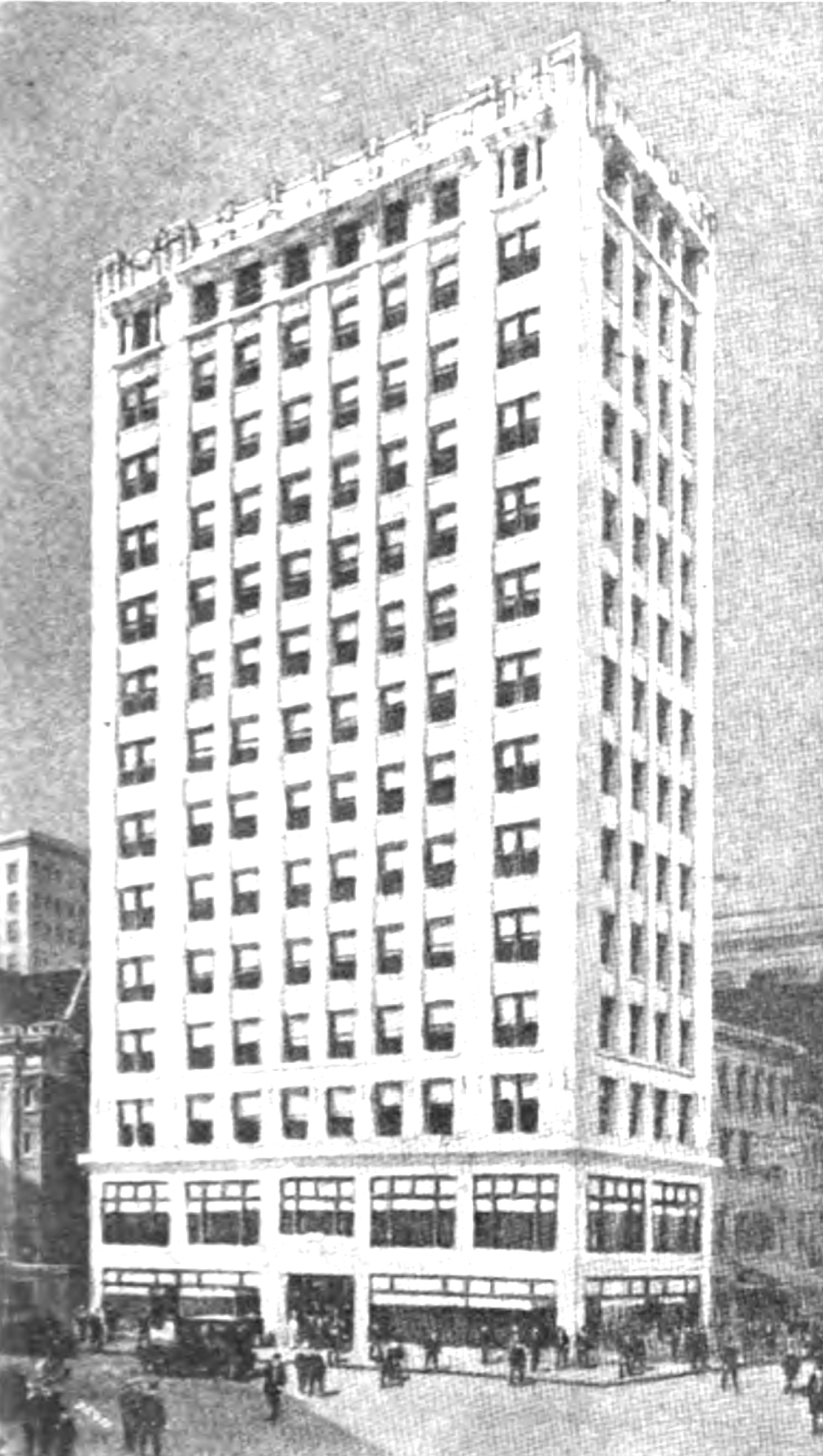 Location—Prominently the southwest corner of located at Randolph and Dearborn Streets, convenient to transportation from all parts of the city and only one block from the City Hall, County Building, the Courts and the State Street retail center, makes the new CUNARD BUILDING very desirable for corporations or individuals, whether in commercial professional lines.

Description—The building is fourteen stories in height, and of the highest type of modern fireproof steel construction. The exterior is of full glazed white enameled brick and white enameled terra cotta, giving it a very handsome appearance. The interior is attractively finished in marble and mahogany.

Owing to the size of the building, every side has street frontage and has the maximum of light and shine. This is a most important sun feature and in this respect it has a decided advantage over most office buildings.

High-speed elevators furnish passengers with quick access to every office. 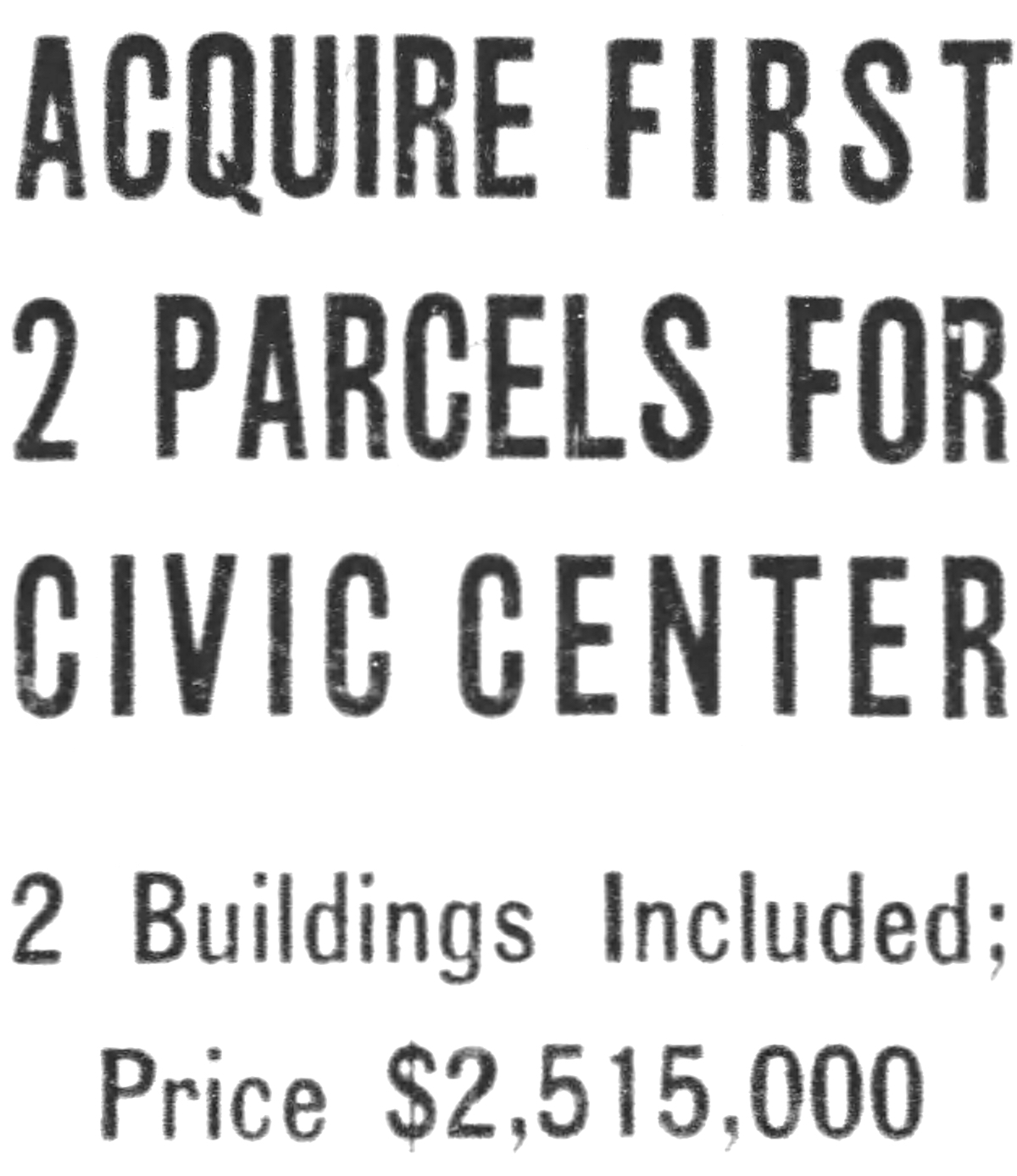 The Chicago Public Buildings Commission has acquired the first two of 14 parcels of property sought as the site for the new civic center in in the square block just east of the County building, Mayor Daley announced yesterday,

$750,000 Purchase Price.
The commission will pay $1,750,000 for the City Hall Square building, 139 N. Clark st., which includes restaurants, stores, the Erlanger theater, and offices on upper floors. The land area is 17,000 square feet. The property is owned by the late Ledvi Leiter, Chicago merchant. 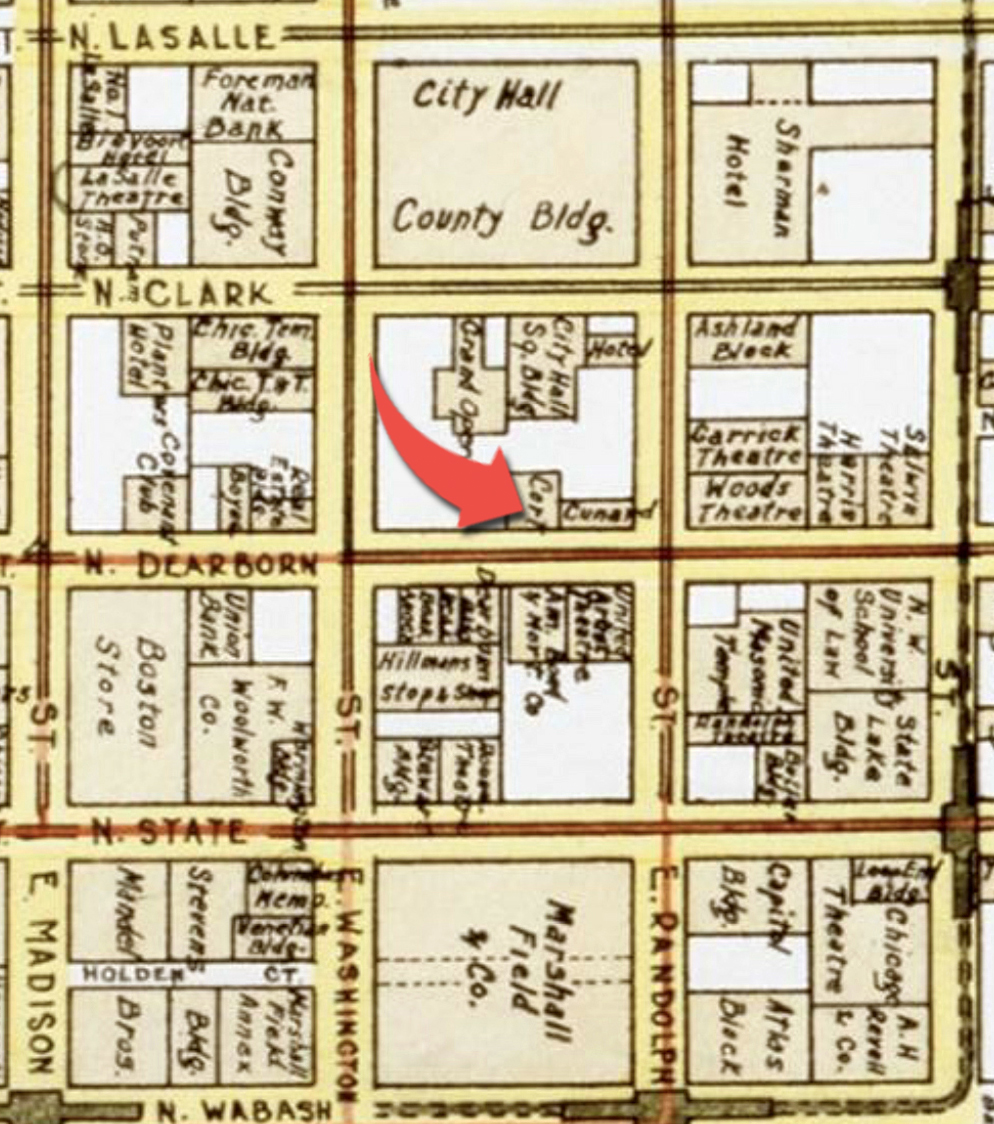