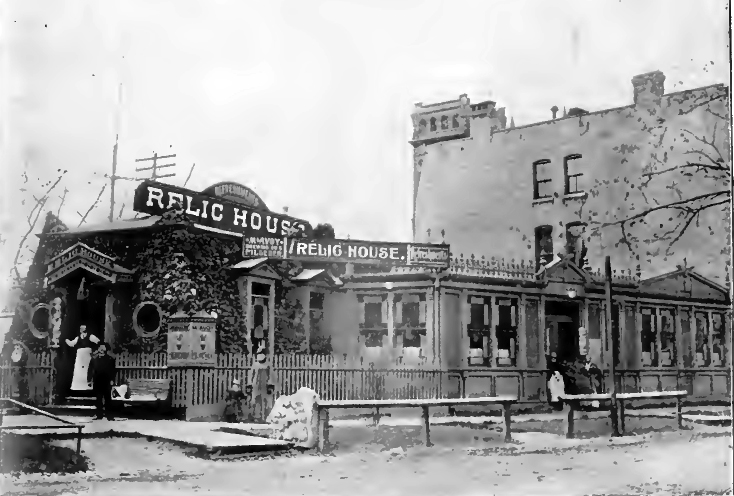 “The Relic House,” located on North Clark Street, near the main entrance to Lincoln Park, at Centre Street, is one of the curiosities of and further away from that great historic event—the burning of Chicago; and as time carries us further the city in 1871—the interesting relics of that conflagration out of which “The Relic House” is constructed, must gather around it increased interest.

Already it is visited by great numbers of curiosity- seekers, especially those from abroad, who cannot resist the temptation to make the occasion of their visit to Lincoln Park an opportunity to see this memento of the most noted event in Chicago’s history. “The Relic House” was first constructed in 1872, when the mementoes of the fire were plenty and could be had anywhere for the asking. It was erected at a point over 100 yards from its present location, of half-melted masses of iron, glass, pottery, stone and other materials, deftly worked in together in such way as to preserve their curious features. The house was afterward raised and moved bodily to its present location. It has been fitted up for the entertainment of visitors, and includes a restaurant, hall and saloon. 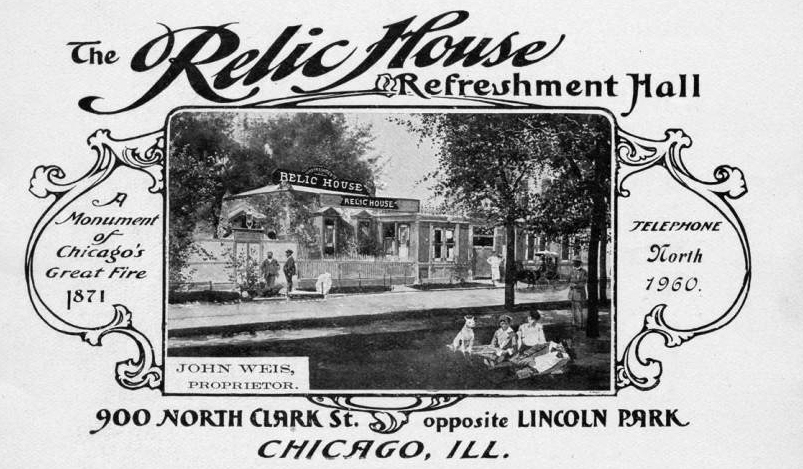 RELICS OF THE FIRE

The most and ornamental monu-ment of the fire is the “Relic House,” well known to North-Siders and Lincoln Park visitors. In 1872, when the “leavings” of the fire could be had for the asking or the trouble of picking them up, a man named Rettig conceived the idea of building a small cottage out of such material as a melted mixture of stone, iron, and other metals. The queer structure was built at North Park avenue and Center street. Ten years ago it was removed to its present site near the junction of Clark street and North Park avenue, Philip Vinter becoming the proprietor. Four years afterwards the “Relic House” passed into the hands of its present owner, William Lindemann, who has added a refreshment parlor to the saloon and made quite a rustic spot out of the relic.

“Yes, I will move it to the World’s Fair grounds if I am paid enough,” said Mr. Lindemann to THE TRIBUNE reporter yesterday. “It would make a good American curiosity. I would take shares in a stock company and have a wall built round the house, the same as Libby Prison.” 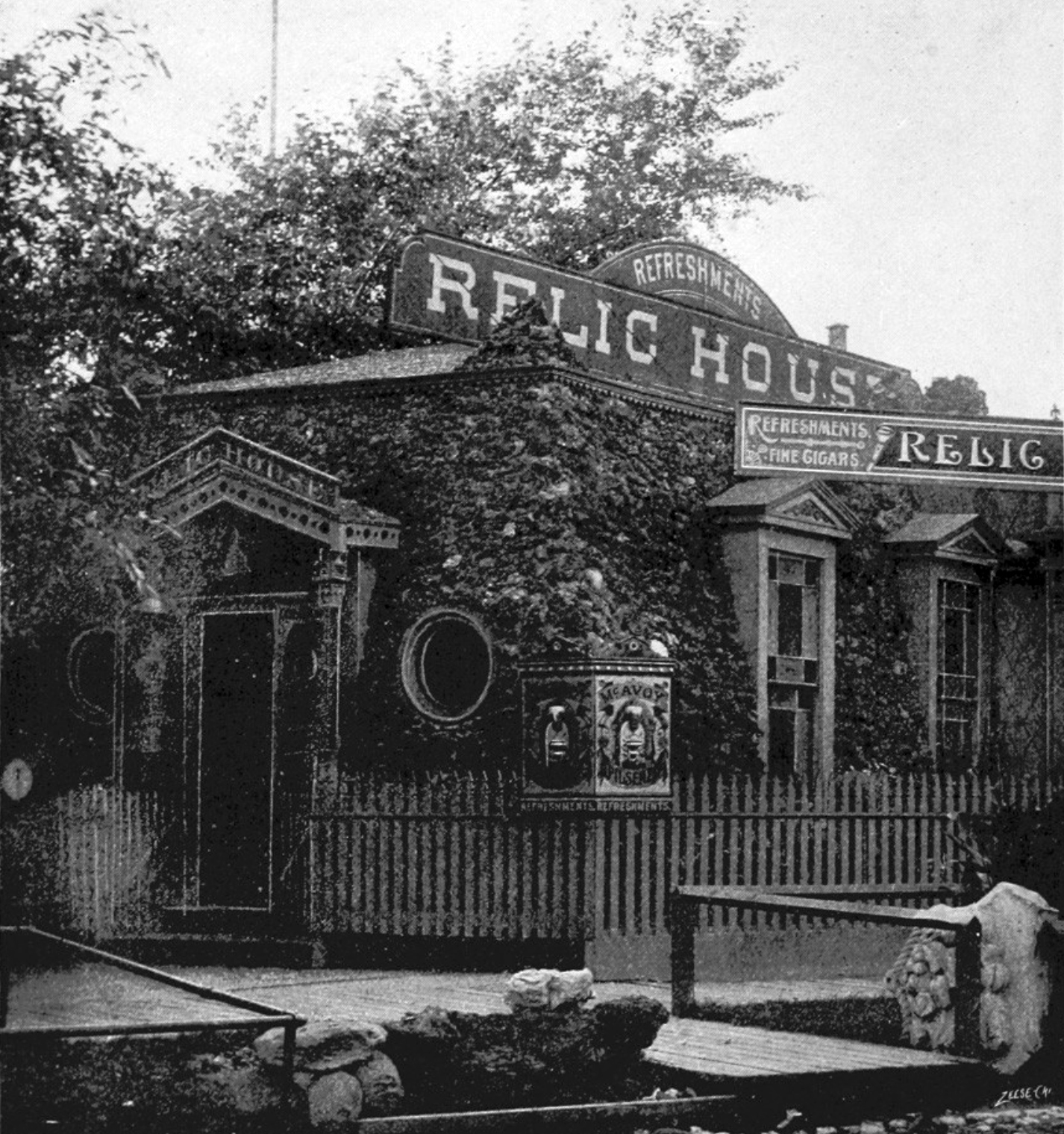 The above huge apartment building is being erected by Peter F. Reynolds on a triangular site fronting on Lincoln Park West, Clark street, and Garfield avenue—opposite Lincoln park. A part of the land was formerly occupied by the Relic house—built of materials salvaged from the Chicago fire. McNally & Quinn are architects for the building, which will contain 210 flats.