Real Estate Auction Sale.—The real estate belonging to the Cowper estate was sold yesterday to the highest bider at the north door of the Court House. The property on the southeast corner of Madison and LaSalle streets, fronting fifteen feet on Madison and one hundred and eighty feet on LaSalle streets, was sold for $12,510 cash. Chancellor L. Jenks, Esq., was the purchaser.

This building was built in conformity to the adjoining Major Block. T. V. Wadskier was the architect of this as well as its after-Fire successor, Andrews Building (1872-1892). 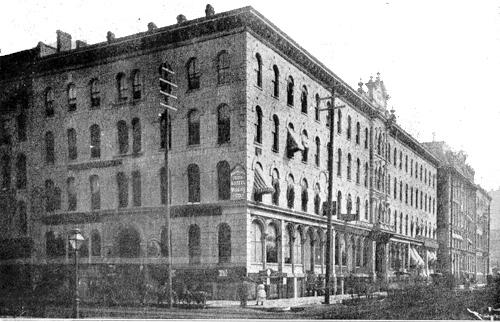