Joseph Matteson has erected a five story brick building at the corner of Randolph and Dearborn Streets—fronting 80 feet on the former and 90 feet on the latter. It is designed for a hotel, and will be when finished, second only to the Tremont. Each front is surmounted by a pediment. Roof, pediments and cornices are of galvanized iron. Cost, about $20,000. J. B. Vanosdel architect and superintendent, Robt. Malcolm mason, Shepherd & Johnson builders.

THE MATTESON HOUSE—CHANGE OF PROPRIETORS.—The Matteson House has undergone a change of proprietors—Messrs. Stevens & Willard retiring, and Messrs. Bissett & Goodrich, well known to the traveling public both here and at the East, taking their places. The new proprietors inaugurated themselves in the esteem of our citizens, by a grand opening dinner, on Saturday afternoon. The bill of fare was a prodigy in gastronomy. The speeches and toasts were generally in good taste and promotive of conviviality, but we think Mr. Blackwell’s harangue on the early history of Illinois, ought not to have come in between the soup and the canvas backs. His three other speeches were in better place.

The Matteson House has long been distinguished as one of our comfortable hotels. Making no pretensions to grandeur and glitter, it has won a high reputation for the solid excellencies which the traveler knows how to appreciate. We believe it will lose nothing in this respect by the accession of Messrs. Bissel & Goodrich. 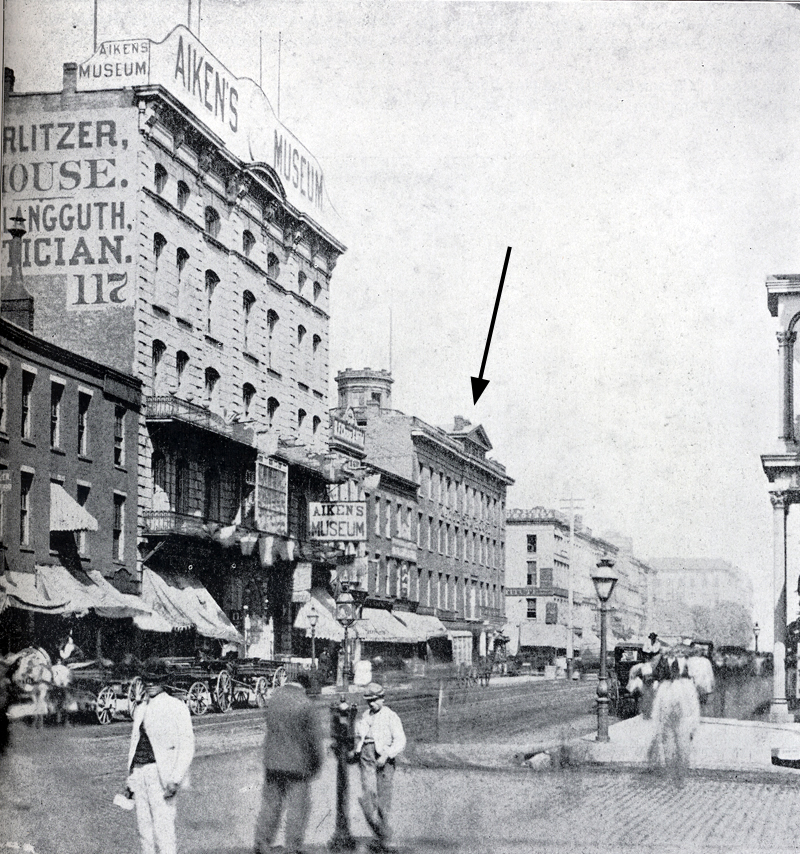 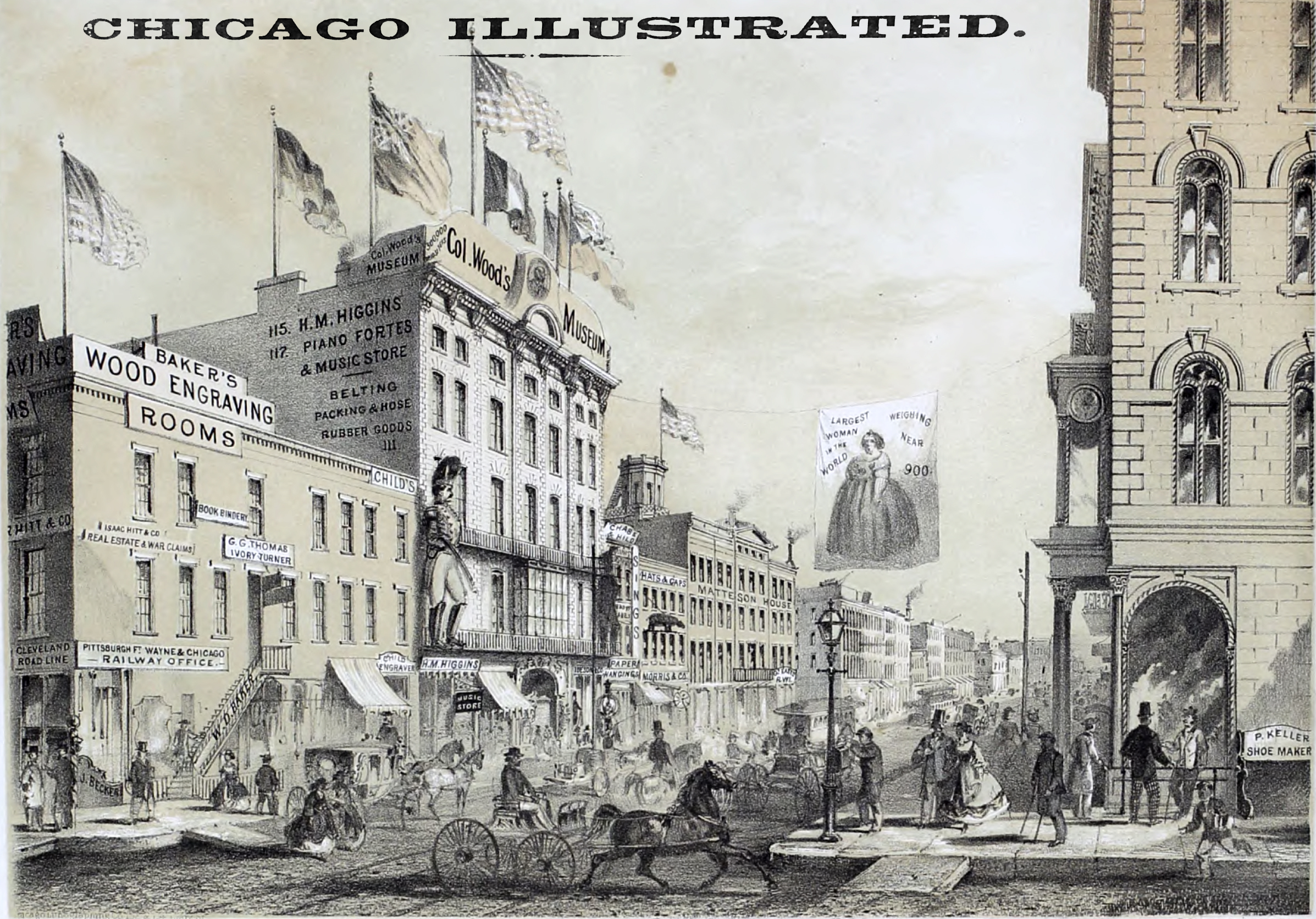 MATTESON HOUSE.—The Matteson House is now raised to grade. The proprietors are prepared to receive their old customers and friends as usual.
Russell & Goodrich
Chicago, April 4, 1859 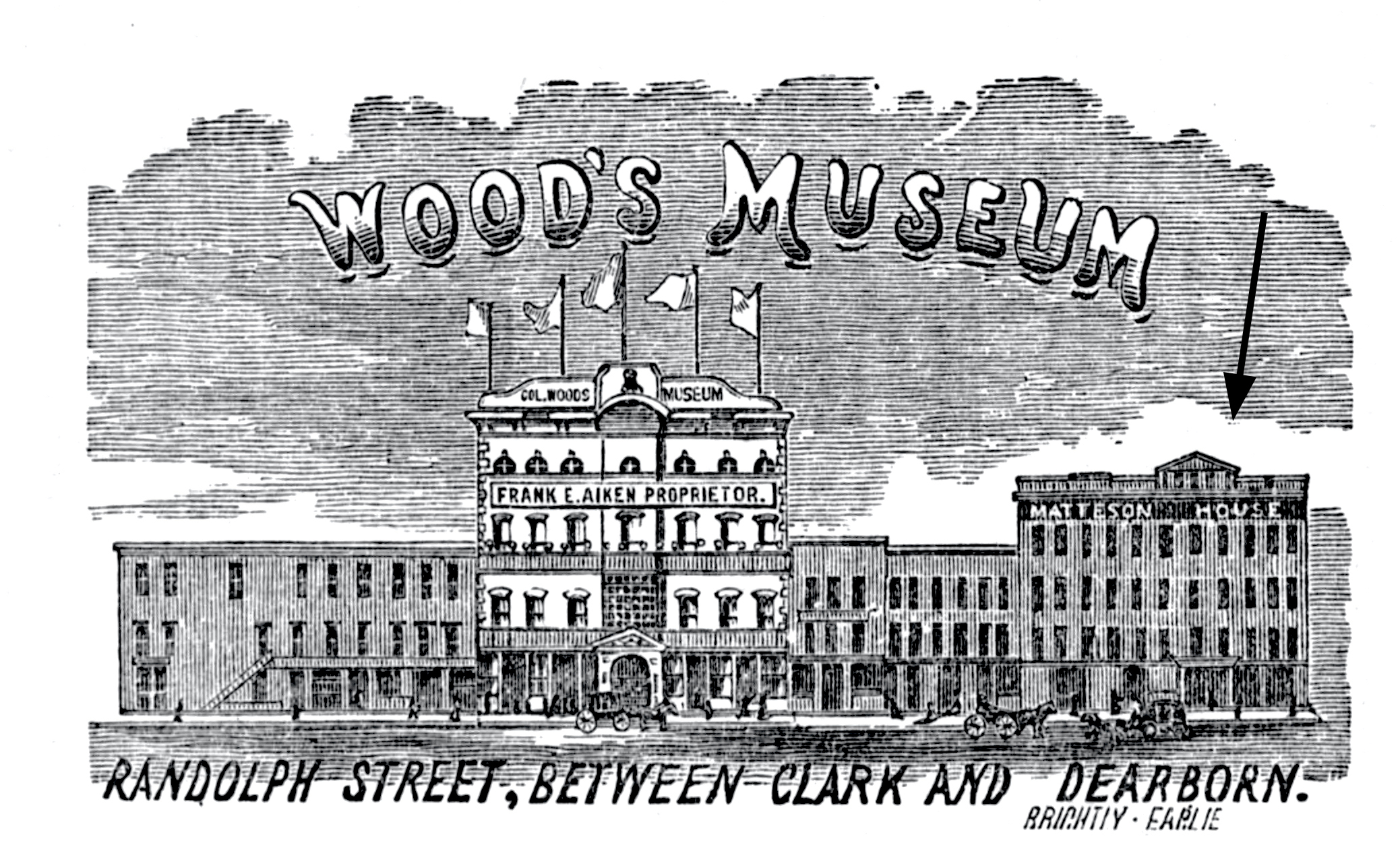 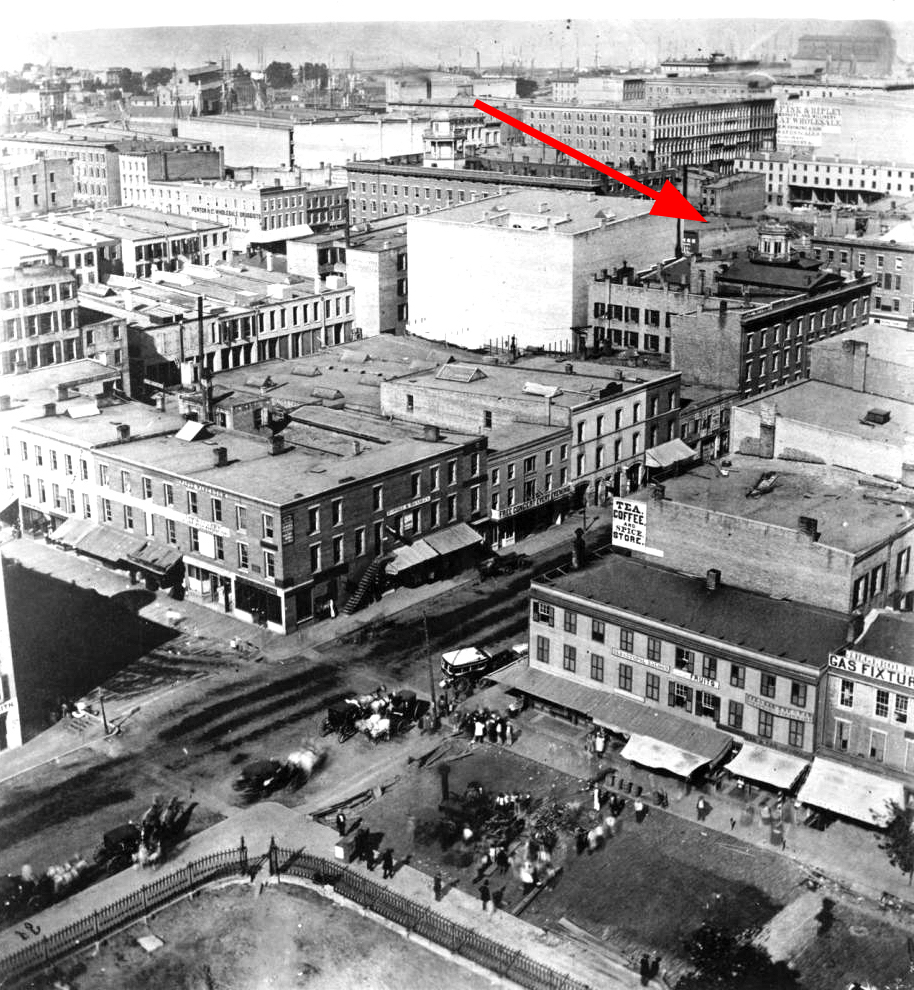 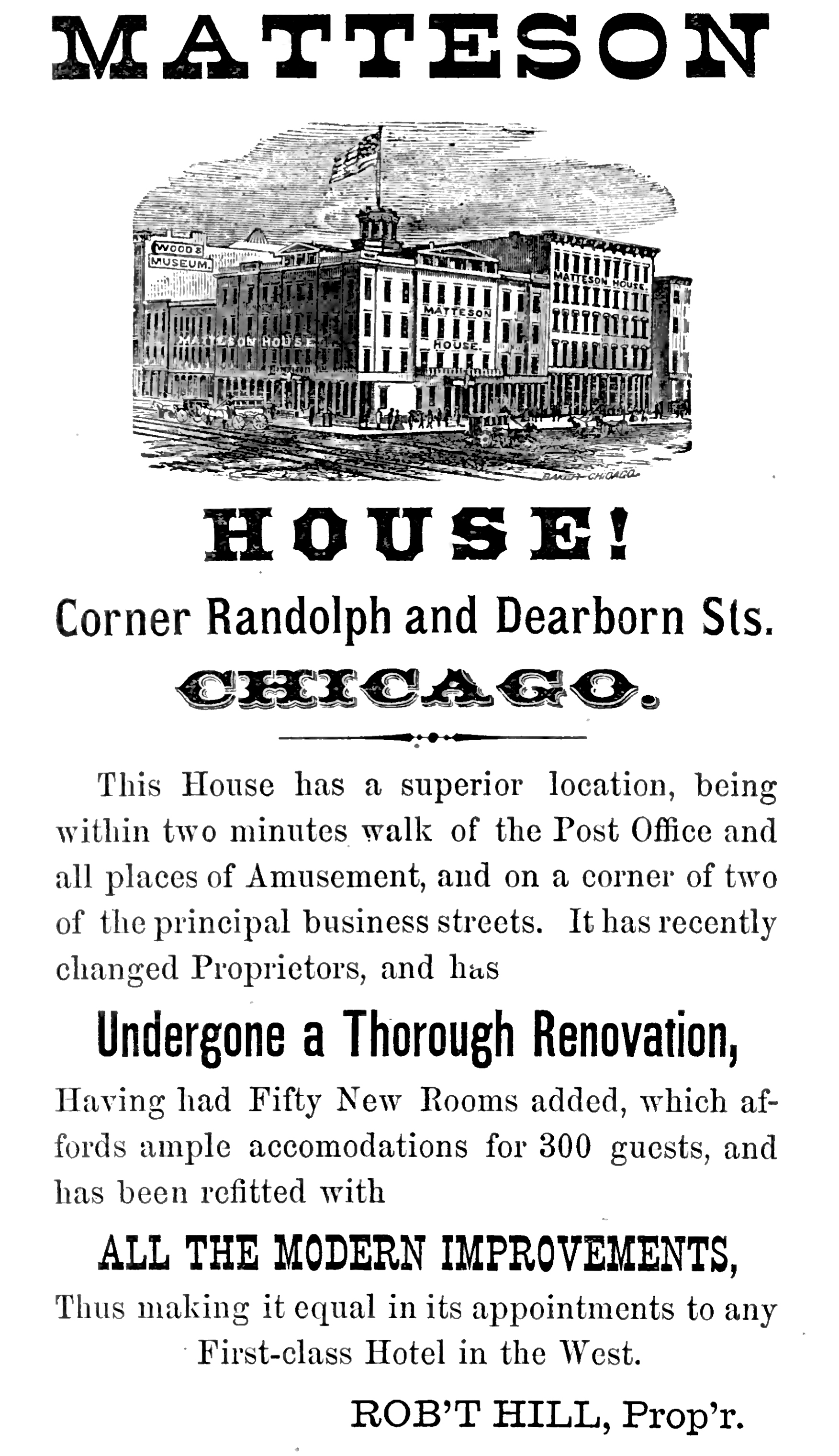 NEW HOTELS.
Messrs. Walker and Hill, proprietors of the former Matteson House, are preparing to build the new Matteson House, on ground belonging to Mr. M.O. Walker, on the northeast corner of Jackson street and Wabash avenue. We mentioned, some days ago, that Mr. B.F. Gardner had leased the southwest corner of Jackson and Michigan avenue for the purpose of building a hotel there. The locations of the buildings show that many classes of businesses have been pushed permanently southward as well as westward by the fire. Except the Sherman House, which the proprietors propose to rebuild on the old site, all the hotels will be south of Monroe street. The Ogden House will probably be rebuilt, and Mr. Potter’s splendid hotel on the southeast corner of State and Monroe is being pushed forward rapidly as possible. 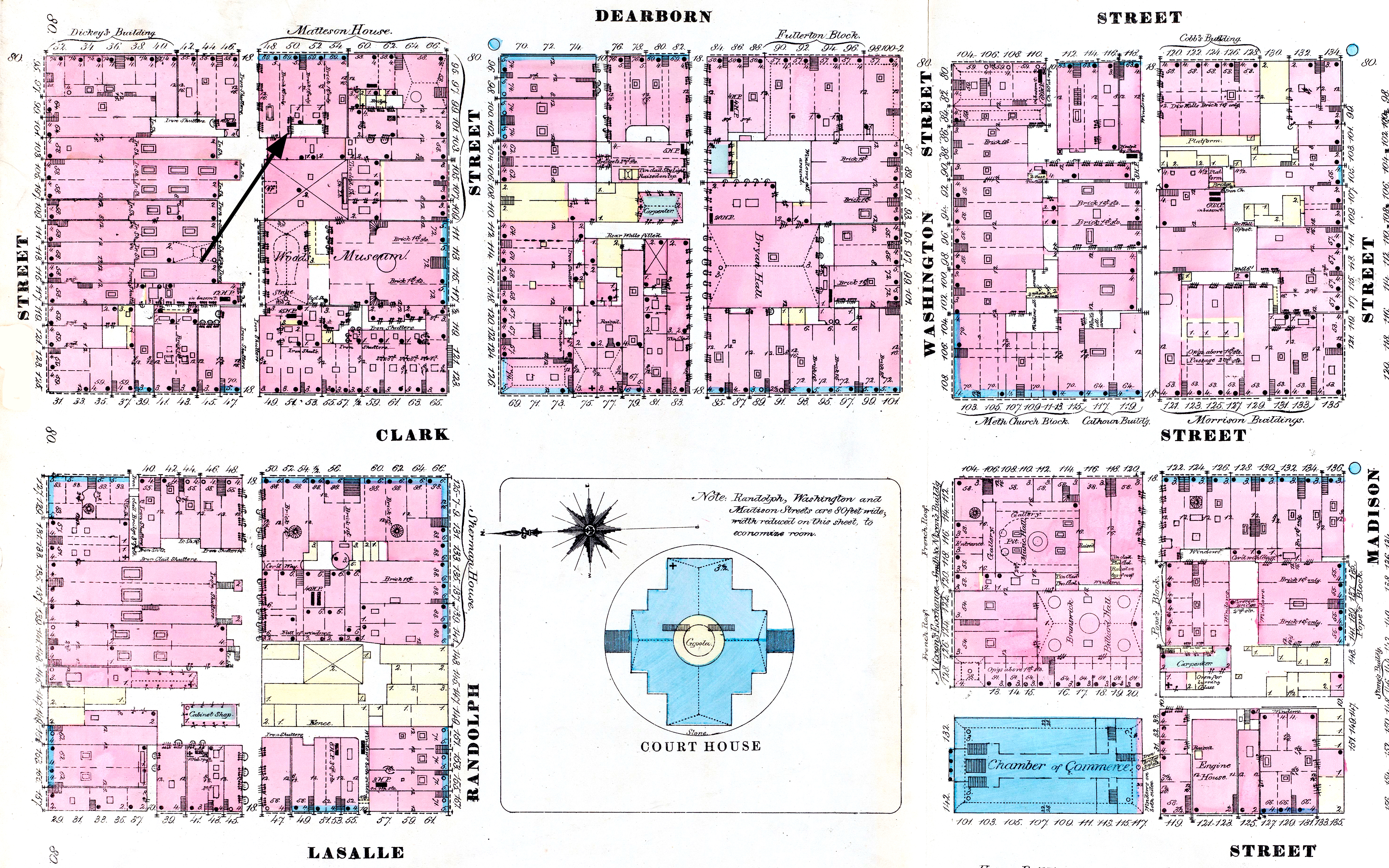