New Banking Offices.—Preparations are being made to erect upon the vacant lot south of the Tremont. Exchange, a magnificent double building for the Western Marine Fire Insurance Company, and Messrs. A. C. Badger & Co., as banking-offices. Mr. Waite has effected a lease of the property for ninety-nine years. The main front building will be sixty-two feet in width, sixty-four feet in height, and seventy feet in depth. It will be modeled in modern style, with a French roof, and will be four stories with basement. There will be a rear building, sixty feet in depth, with an alley of fifteen feet in front. On the first floor of the main building will be two offices 24×44 feet. They will be finely fitted up, and it is intended to ornament the screen above the counter with plate glass panels. There will be six fire and burglar-proof vaults in the main building. On the second floor projecting over the front entrance, will be a stone balcony. Mr. O. L. Wheelock is the architect. The buildings are expected to be completed within four months. 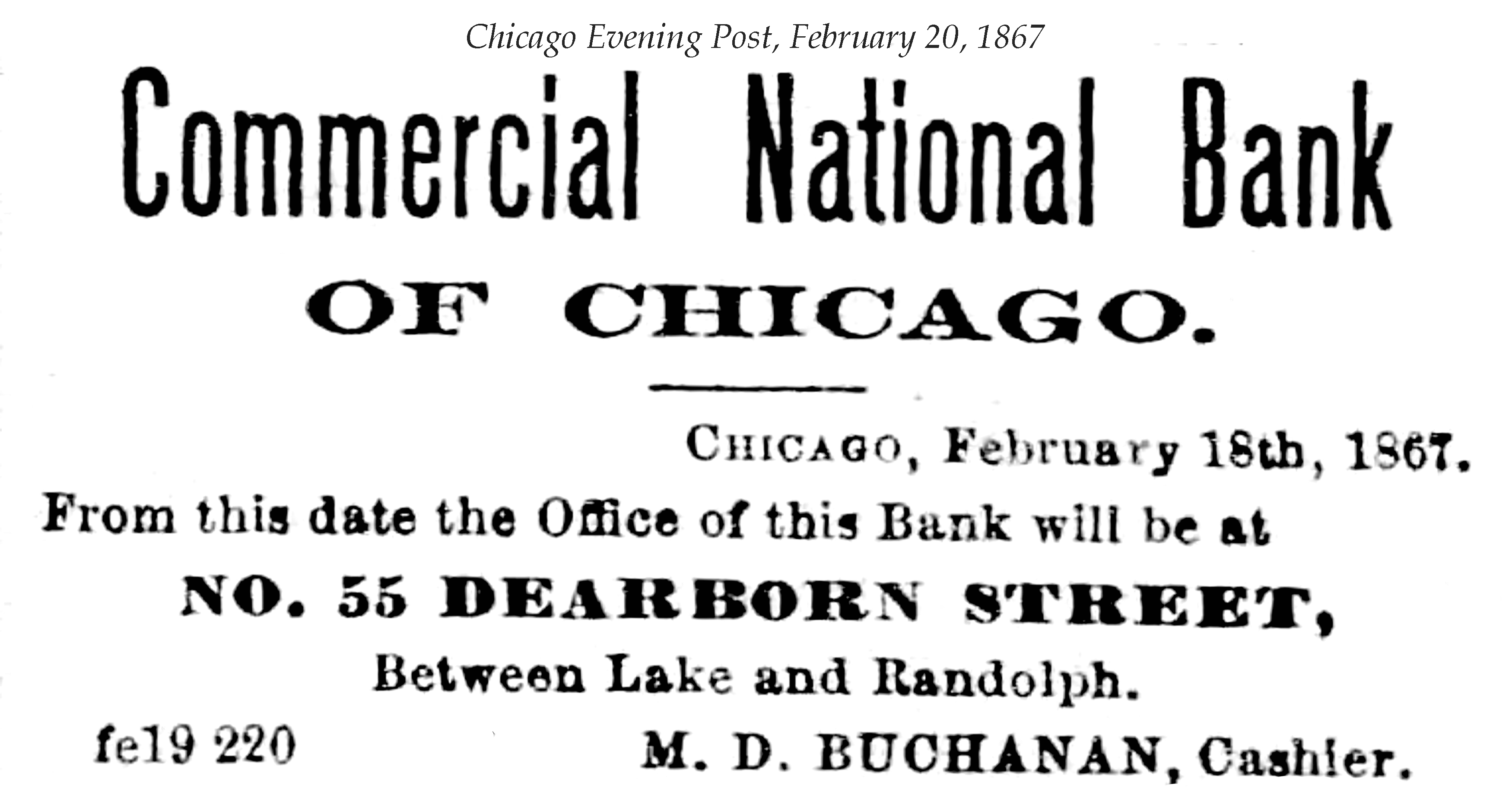 Building in Chicago.
On the east side of Dearborn street, between Randolph street and the Tremont House, a very handsome banking house with suitable offices for insurance, exchange, and similar business, is being built from plans by Otis L. Wheelock by Messrs. Honore & Waite. The building will have a front of 62 feet on Dearborn street, and will run 145 feet towards State. It will be four stories in height, with a high basement, Mansard slate roof, and handsome marble front. The main entrance is to be on Dearborn street, and will be approached by a broad flight of steps. Over the doorway will be a finely cut stone balcony. The principal floor of the building will be divided into banking houses, one of which will be occupied by Mr. Waite as the office of the Western Marine and Fire Insurance Company, and the other by the banking firm of A.C. Badger & Co. The principal rooms of each firm will be 24 by 40 feet, and each one is provided with fire and burglar proof vaults. The basement will consist of two exchange offices, 24 by 47 feet, with vaults and other conveniences. The second story is leased to the C.A. & ST.L. R.R. CO., and will be fitted according to their wishes as offices, and the third and fourth floors are intended as offices for business and professional men. The block will contain some very fine specimens of stone cutting by Edward Walker, and its cost is estimated at 75,000.

The Commercial National Bank has leased the premises on Dearborn street, lately occupied by the Northwestern National, and will occupy the same immediately.