Twenty Eighth Annual Report of the Board of Education for the Period Ending June 30, 1892 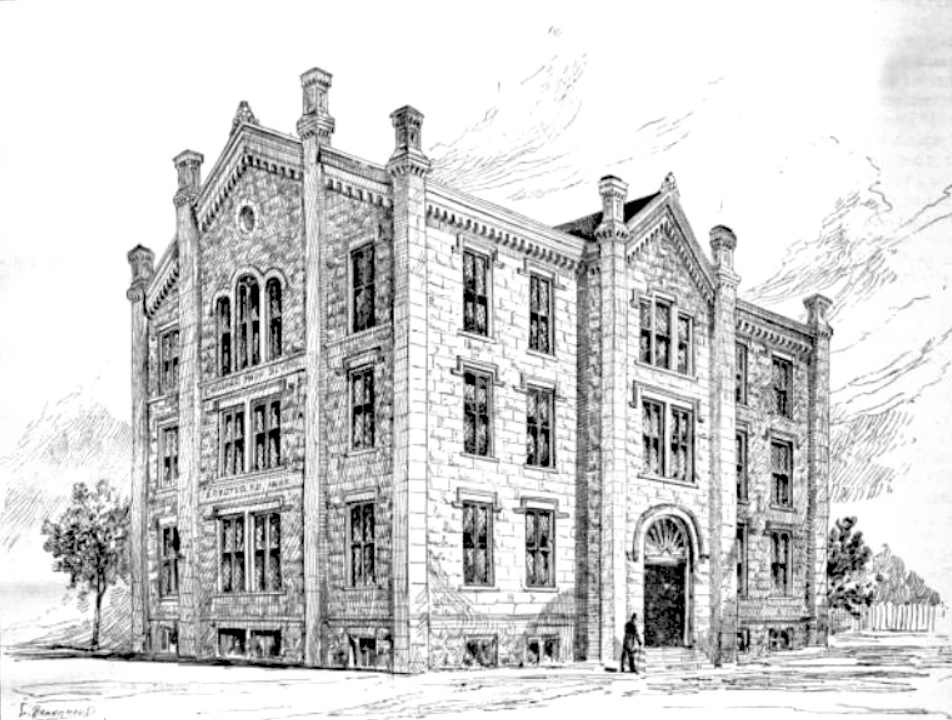 Chicago High School (active 1856–1880; demolished 1950) was the first high school in Chicago, Illinois. After several abortive attempts, the Chicago City Council approved a high school in 1855. John M. Van Osdel and Frederick Baumann designed the building, which opened the next year. In 1860, the coursework was organized into two branches of study. where students could take the first-year workload, then apply to finish at the main building, which then became known as Central High School. (These branches evolved into full high schools in 1880 and the original Chicago High School was closed.) In September 1869, the high school developed branch schools and classes throughout the city.

High school classes were heard in the Franklin School in the north, the Haven school in the south, the Foster School building in the west, and the Hayes school building in the west; the two west schools were later combined. Students could take the first year of high school in these buildings, then attended the “central” high school for the rest of schooling. Thus, Chicago High School also became known as Central High School after this date. A school newspaper, The Lever, was founded in 1874. In 1880, the three branch schools became four-year schools and the Central High School was decommissioned. By the time, the high school building was too small for the number of students and the building was out of place in an otherwise commercial district.

Of the first students that were admitted, a total of 114 (57 boys, 57 girls) started course work after taking an entrance exam with math, history, geography, and grammar questions. Nine of the 114 were native Chicagoans, while the rest came from states from the Eastern U.S. or overseas.

The limestone building that housed Chicago Central was later used as the home for English High & Manual Training School, then as a warehouse by the Chicago Board of Education. It was torn down in 1950 to make way for the proposed Northwest (now Kennedy) Expressway.

Baseball
According to IHSA historian Robert Pruter, Central began to offer baseball as an intramural sport beginning in 1870. It grew to schedule and play games against amateur clubs and private schools later on. Records were non-existant on what Chicago teams Central played from 1870-1880, but results for at least five games from this period, as follows: 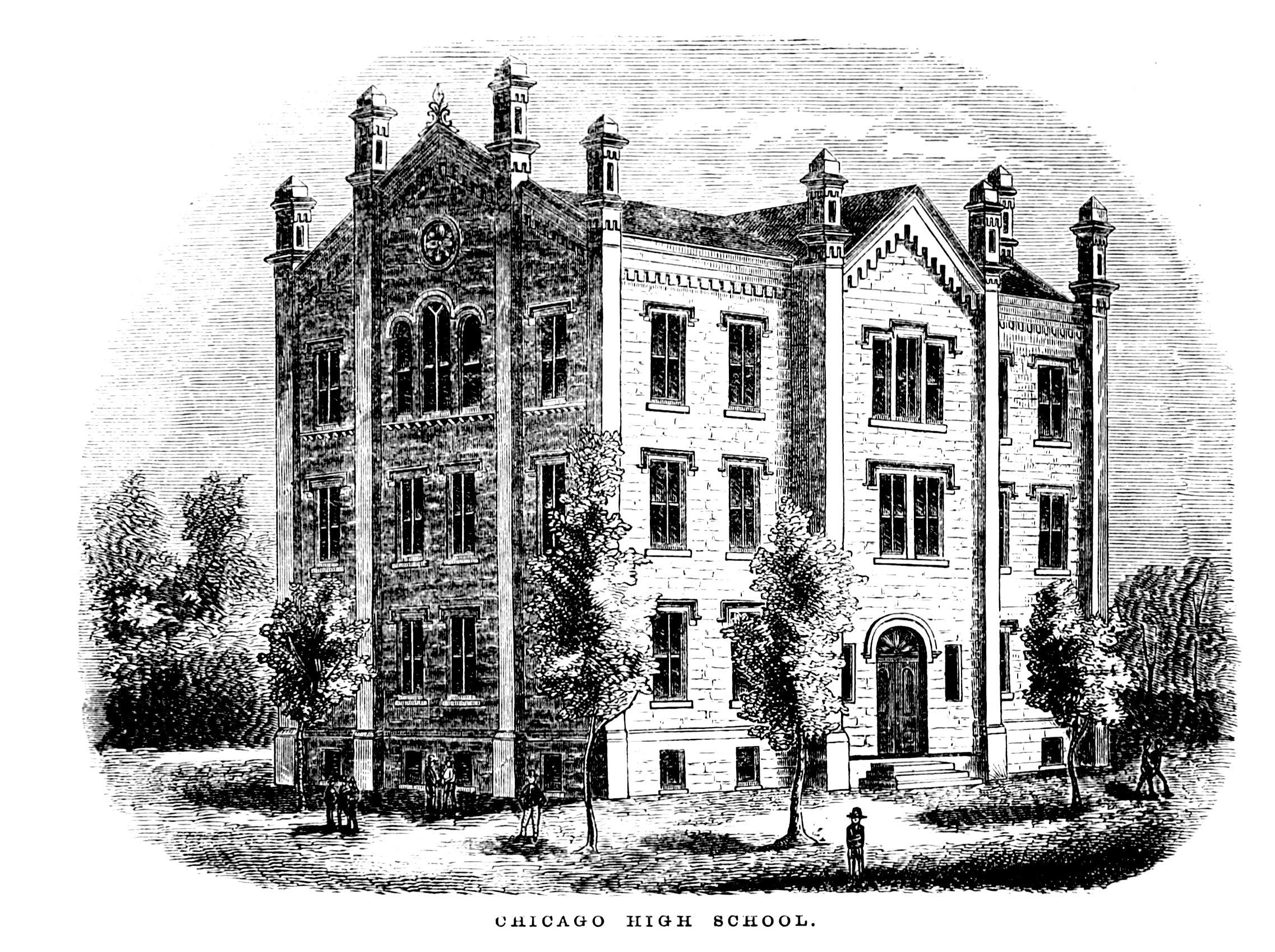 Foster Medal Fund.
The following is the communication from Dr. John H. Foster, accompanying his donation of One Thousand Dollars.

To the Mayor and Common Council of the City of Chicago:
For the encouragement of scholarship and good conduct, and to incite a laudable emulation and application among tbe scholars of tbe Public Schools of tbe City of Chicago, I herewith give to the said City One Thousand Dollars, in trust, to be deposited with the Agent of the School Fund, and his successors in office, should the City deem it expedient, and to constitute a part of said Fund, to be kept by said Agent in a separate and distinct account or fund, and to be loaned out by him at interest, forever. The interest arising from tbe same to be paid semi-annually, and to be subject to the order of the School Inspectors, or the Board baving control of the Public Free Schools of Chicago, to be used by them and the Superintendent of Public Scbools of said City in purchasing gold, silver or bronze medals, or diplomas, to be annually or oftener awarded by them to the most deserving scholars in the different departments of the Public Grammar Schools of said City.
JOHN H. FOSTER.
Chicago, February, 1857.

The awards consisted of silver medals to the graduates from the Grammar Schools to the High School, until within the last two years, when the number of Grammar Schools furnishing graduates to the High Schools became so large that the revenue from the Fund, $70 per annum, was far from adequate to supply even one medal to each school furnishing graduates, consequently there has been no other means of utilizing this Fund than by the use of diplomas,

Albert G. Lane (class of 1859) — became principal of a school prior to turning 18, later was superintendent of both Cook County & Chicago Public Schools, and led the movement for manual education at the high school level. As a result, Lane Technical High School was opened in his honor in 1908;

Ella Young Flagg (class of 1860) — educator, was the first woman to be head of a large city school system in the U.S., serving as Chicago Public School superintendent from 1909-1915, studied under John Dewey at the University of Chicago, and was on the state board of education from 1888-1913

Robert Waller (year unknown) — involved in real estate, insurance, and served on the Columbian Exposition board along with Cyrus McCormick. Was comptroller of the city of Chicago from 1897 until his death two years later. North Division High School was renamed in his honor. 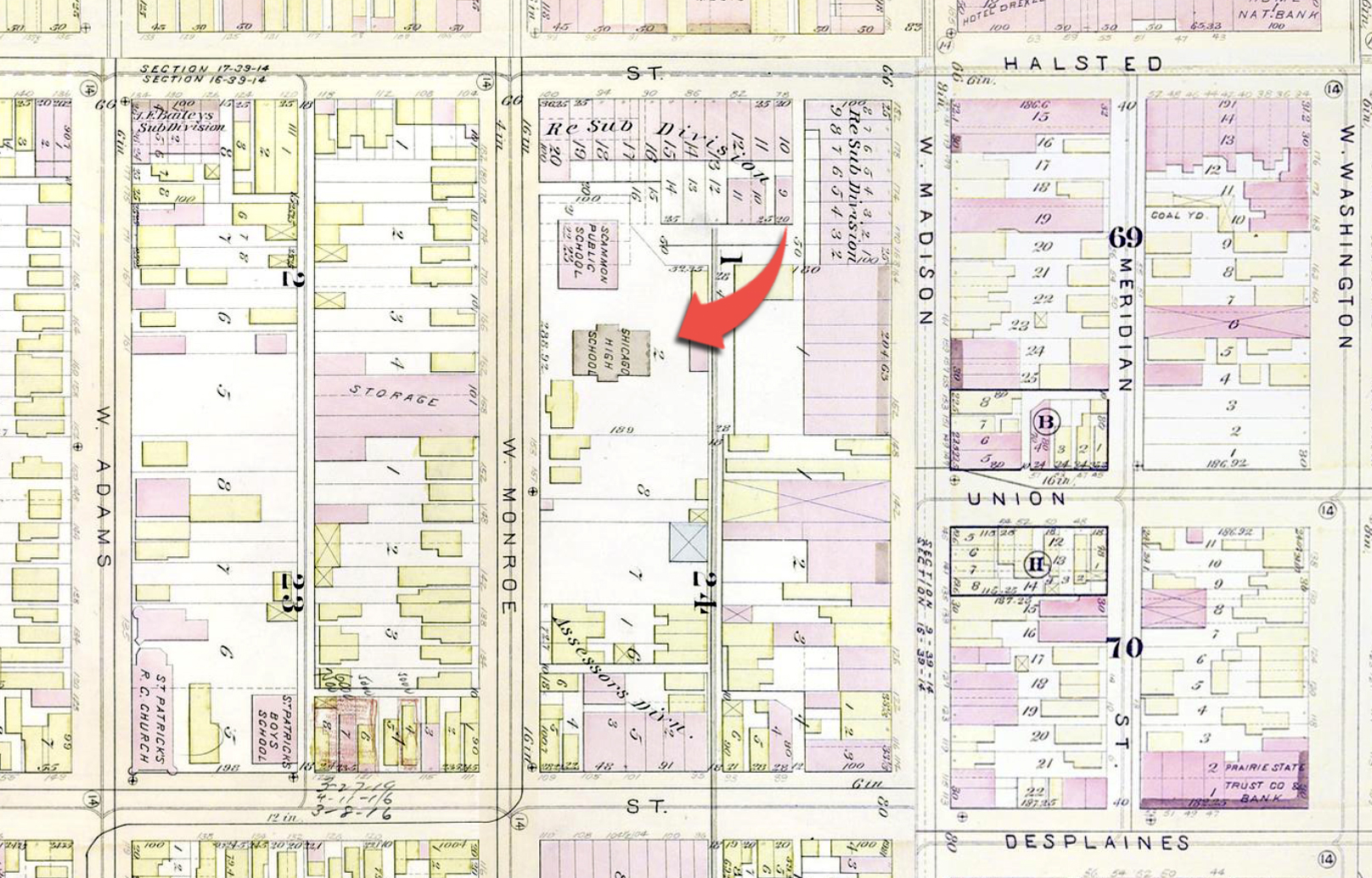