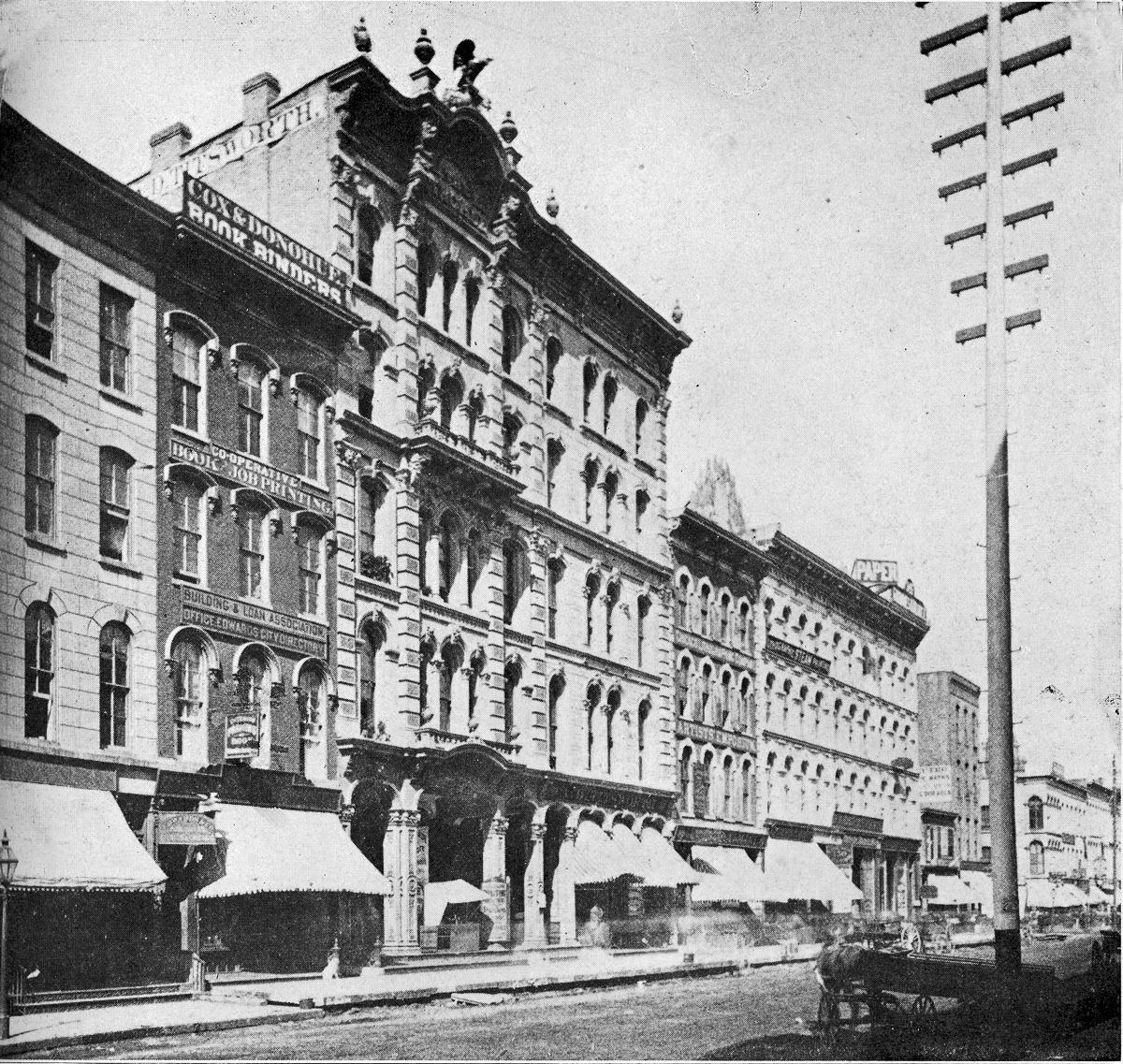 This building was built in conformity to the adjoining Major Block. T. V. Wadskier was the architect of this as well as its after-Fire successor, Andrews Building (1872-1892).