In the summer of 1832 Samuel Miller, the original possessor of the old ferry scow, built the first bridge over the North Branch. It was located near the southeast corner of Kinzie and Canal streets, in the vicinity of the present bridge of the Chicago & Northwestern Railroad Company. It was formed of stringers and only fitted for foot passengers. Even up to the summer of 1833 the structure was useless for teams. 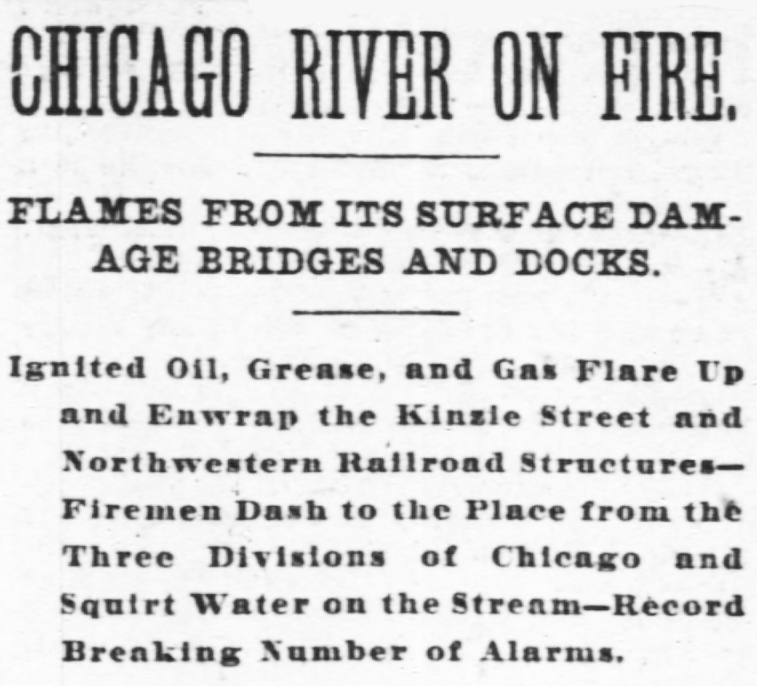 Chicago River was on fire last night. It burned directly for more than fifteen minutes and the flames from the murky ooze rising to a height of fifty feet set fire to the Kinzie street bridge and the Northwestern railroad and to the approaches to both bridges and the docks between them. The damage wrought by the fire was as follows:

To Kinzie street bridge and approach—$5,000
To the Northwestern railroad bridge—$1,000
To John Drucker’s warehouse—$200
To the docks—the $200
To the river—Nominal

The blaze and the giant column of dense black smoke caused by ignited oil, grease, and gas of the river were seen by the firemen. Without waiting for an alarm bell, engines, and trucks from the West, South, and North Sides—practically contiguous at this place—went flying to the scene. Within a few minutes after the mysterious ignition the firemen were there. Streams of water were turned on the burning bridges’ first, as the most valuable things to be saved, and then they turned the streams on the river to quench it.

No satisfactory explanation of the fire was found by either Assistant Fire Chief Musham or Marshal Campion. They agreed that the river’s surface was covered with oil. Gas probably contributed to the flames and caused the fire, but whether it was newer gas or illuminating gas the fire experts could not say. The Kinzie street sewer empties in the river under Kinzie street bridge and it probably was from the sewer the oil came. Where the gas came from was not learned, but it may have been generated in the filth in the river bed.

From all of the manholes of the Kinzie street sewer as far west as Desplaines street black smoke came up into the street and fire alarms were turned in by the police all along the route of the sewer.

Kujawaa Runs for His Life.
Assistant Bridgetender William Kujawa on Kinzie street bridge smelled gas at 6:30 o’clock, he said. Then he left the bridge and went into his shanty at the west approach and remained there half an hour, when he was surprised to see flames leaping and roaring from the placid face of the river.

“I didn’t know what had happened,” said Kujawa,”so I just run for my life. When I got about three blocks away I see it ain’t nothing but the river afire, so I tears off for a box and sends in the alarm.”

D. C. Stockwell is the semaphore man for the crossing formed at the west end of the Northwestern bridge by the tracks of that company and the Chicago, Milwaukee and St. Paul railroad. He was within twenty feet of the mysterious fire when it happened.

“I can’t tell anything about it, except that I sat here smelling the gas,” said Stockwell. “The first thing I knew the river and the sky was on fire and I was all ot of breath from running away.”

Cause of Fire a Mystery.
Just before the fire started a train crossed the Northwestern bridge and a spark might have fallen from the engine into the river, setting the oil and gas afire. The watchman thereabout, however, said the fire was first seen near the Kinzie street bridge. It began with a roaring noise. There was no explosion, as all of the ignition was in the open air. The mouth of the Kinzie street sewer is lower than the surface of the river and yet the sewer was filled with smoke that came up out of the manholes for a distance of half a mile.

Kinzie street bridge will be closed to traffic for several days. The structure was weakened with the burning of the planks and beam and the west approach was torn up by the firemen so as to get at the fire that burned underneath. The large warehouses of John Drucker on the dock south of the Northwestern bridge were slightly damaged by the flames, but the only houses burned were two small watchman’s shanties on the dock. The dock was in flames for a distance of 500 feet.

Bridgetender William O’Hara at the Kinzie street bridge did a heroic part by going on the bridge while it was flaming and turning it open. It is opened by a hand wrench and it was slow and peilous workm but when it was open thew fireboat Yosemite was able to get where it could do the best work. O’Hara retreated to the other end of the bridge when he had opened and the crowd that had gathered on both sides of the river cheered him. The firemen looked for a leaking gas main in the vicinity, but did not find it.

Twenty Alarms Sent In.
More alarms were turned in for this fire than ever were sounded on account of one fire since the alarm boxes have been in use. Owing to the peculiar adjacency of the fire to the three divisions of the city it was seen in many fire engine houses, and from these twelve still alarms were turned in. From the street alarm boxes six alarms were sent, and two private calls sent in the alarm, making a total of twenty alarms for the one fire. The fire alarm operators figured it out every policeman who saw smoke coming out of a Kinzie street sewer manhole turned in an alarm. This explains why every alarm box from the river in Halsted street was registered on the fire. In addition to these, tenders of the two bridges ran in different directions and all of them sent in alarms.

Once before oil on the surface of the river in the South Branch caught fire and blazed like a tar barrel. Then it was discovered the oil came from a gashouse. Marshal Campion said whenever the surface of the river was coated with oil there was danger of fire and the property along the river banks were menaced. A match or lighted cigar thrown into the river might cause it to burn at any time. The Chicago River is combustible, according to the opinion of firemen, and it should be watched with the same care as the picture frame factories and other inflammable things. 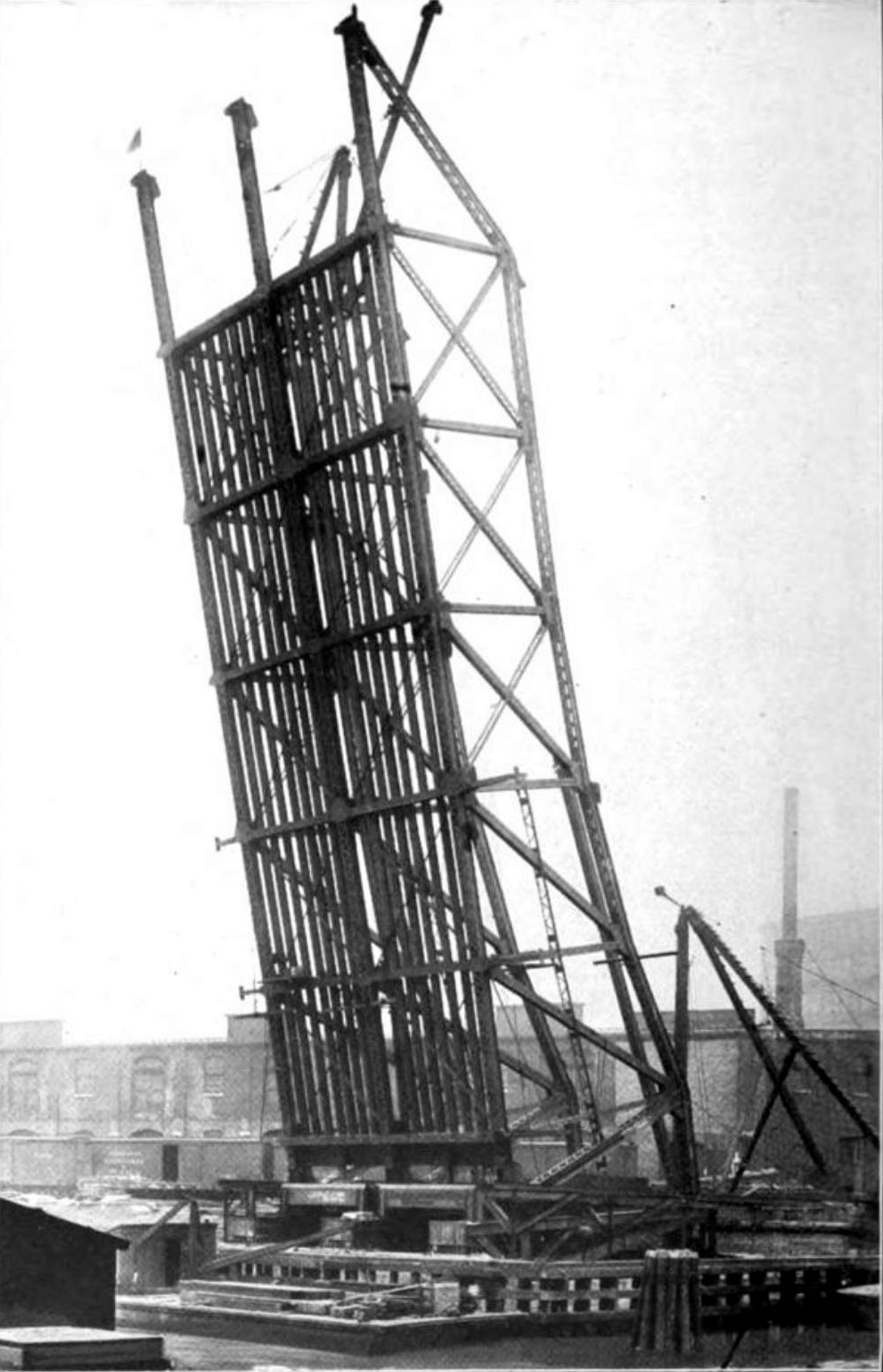 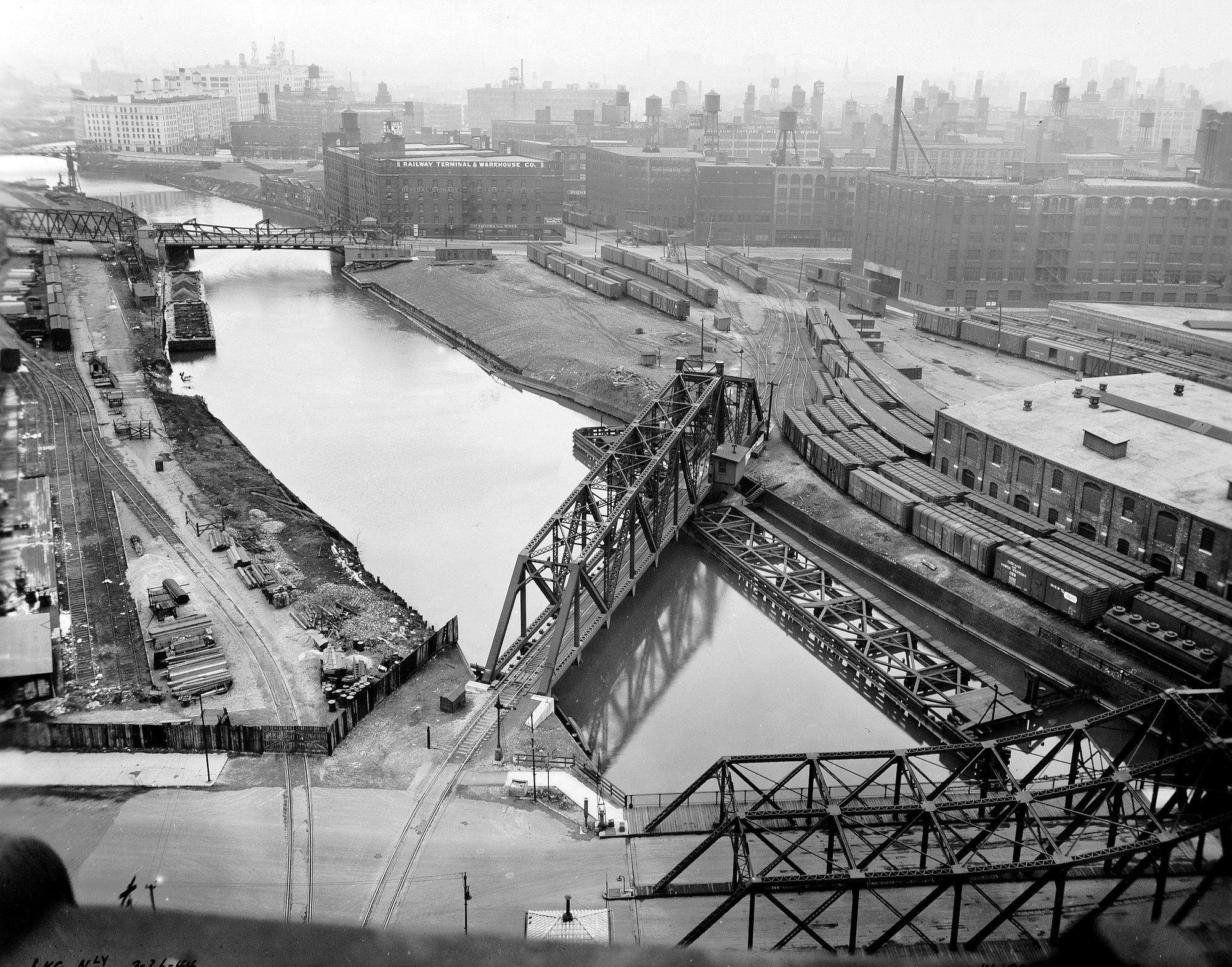