An adjourned meeting of property owners who favor the construction of a bridge over the river at Harrison street was held at the Father Mathew Temperance Hall, last evening. Mr. G. W. Spofford occupied the chair. He stated that, since the last meeting, he had been procuring signatures of citizens favoring the project, and had been successful. Many more names, however, were necessary, as the petition to be presented to tho Council next Monday evening should be 100 teet long. Every property-owner on Harrison and intersecting streets was interested, and they should be more actIve in the matter.

Ald. Bateham saId that unfortunately the property-owners expected somebody else to do the work. There should be concerted action on the part of the people, and he proposed that everyone use his influence as an individual, aad labor with those who have a voice in the Common Council, and ask them to consider the merits of the petition before they voted.

General Mann said that, as a citizen of Chicago, he was interested in the project, aud hoped the bridge would be speedily built. A bridge will be necessary at Harrison street to accommodate teams conveying brick and lumber to the burnt district. The other bridges were overcrowded now, Think of their condition next summer! There must be an outlet for the bricks and lumber manufactured near the Bridewell. The crossing at Twelfth street was difficult and dangerous on account of the railroad traoks. Van Buren street was “a great way off,” and bridge was essential at Harrison street. Over 1,000,000 of brick would be manufactured near the Bridewell this season. The advantages of a bridge wouid be many and great. The quicker- it was built the better.

Mr. Reynolds believed that there was not any one in the West Division who was not interested in the bridge, and if an approprialo1on coald not be secured it waa a wonder.

Alderman Bateham said it was impossible for the city to make an expenditure for the brIdge at this time of the year. The money to pay for it would have to be raised in tbe next tax levy, aa there was no money in the Treasury now that could be used for the purpose.

Carter H. Harrison asked if it was not possible to commence the work if the money was forthcoming,

Mr. Harrison believed that there were property owners who would loan the oity enough money, without interest, to oonstrnct the bridge. He himself could raise a very large portion of $50,000, the estimate cost of the bridge, dredging, and the cutting of the strip of land which caused the bend in the river. The property on the street would be immensely enhanced in valne. Mr. Harrison referred to the “transluvial travel,” which, he nid, would orou the bridge. but what he meant by it no one seemed to know. As every body laughed when he said it, the gentleman must have intended it for a joke.

Captain Connett was asked to address the meeting. He said he didn’t own a brick yard, nor did he go much on ‘trans-come-what-do-you-eall-it” travel. He had lived in Chicago a quarter of a century, and felt interested in anything and everything conneoted with the West Side. He believed a bridge to be necessary, and that they had a right to ask for It as citizens of Chicago. He lived in the old Tenth Ward when there were a good many people there, including three pairs of twins and “one pair of triplets,” and wonld do all he could get the measure through the Council. The west end of a city was always the best, and the West Side of Chicago was bound to be ahead, and the people who resided within its limits should interest themelves in its advancement.

After some further discussion, C. H. Harrison, Captain Connett, E . A. Sherborne, Edward Murphy, Thomas Keely, and General Mann were added to the Bridge Committee. Those present who had not already done so, signed their names to a petition asking the Council to authorize the erection of the bridge. Several gentlemen were appointed a Committee of one to circulate similar petitions, and the meeting adjourned.

The Board of Public Works allowed the American Bridge Company1 $3,500 yesterday for work on the Harrison street bridge. 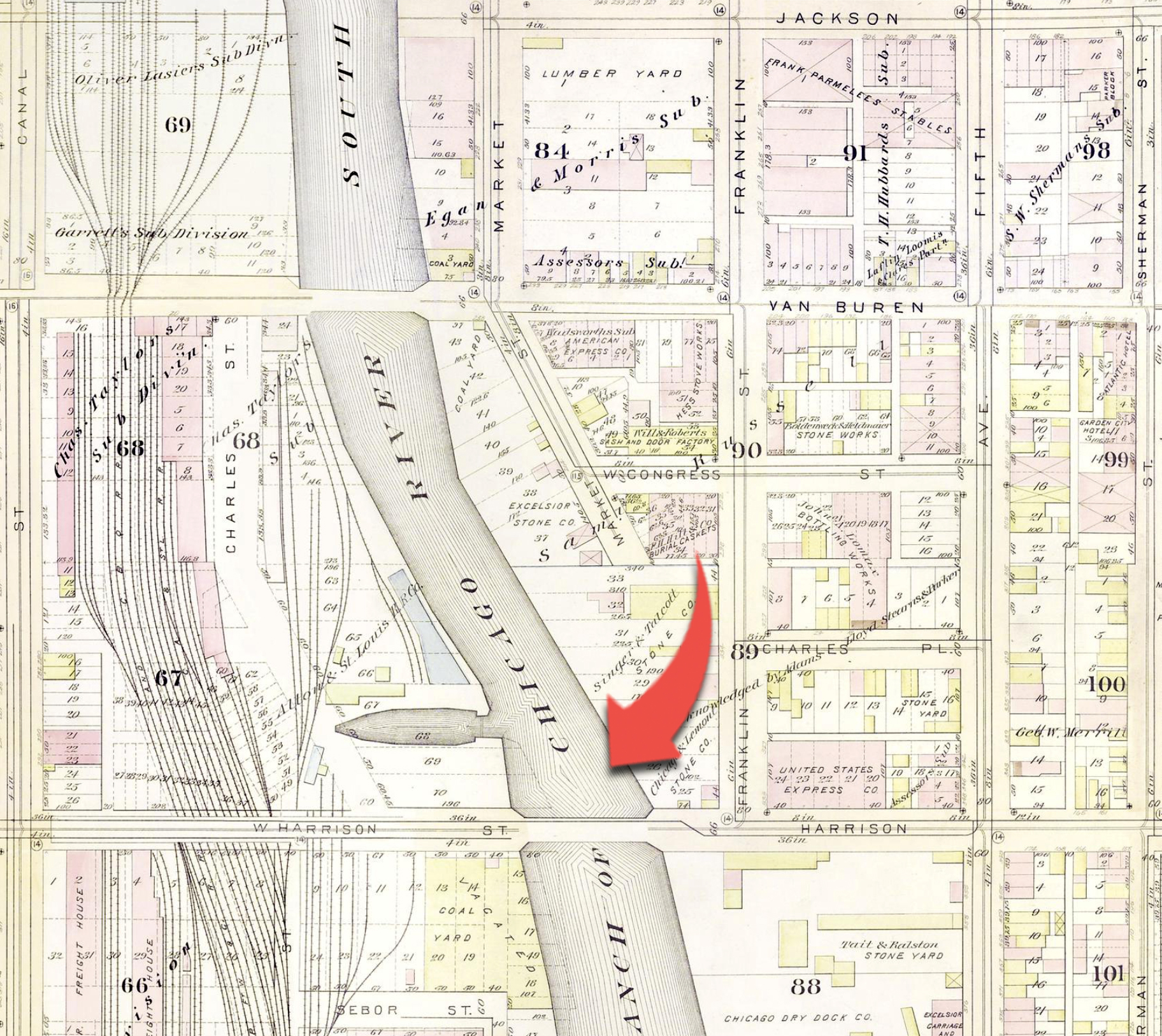 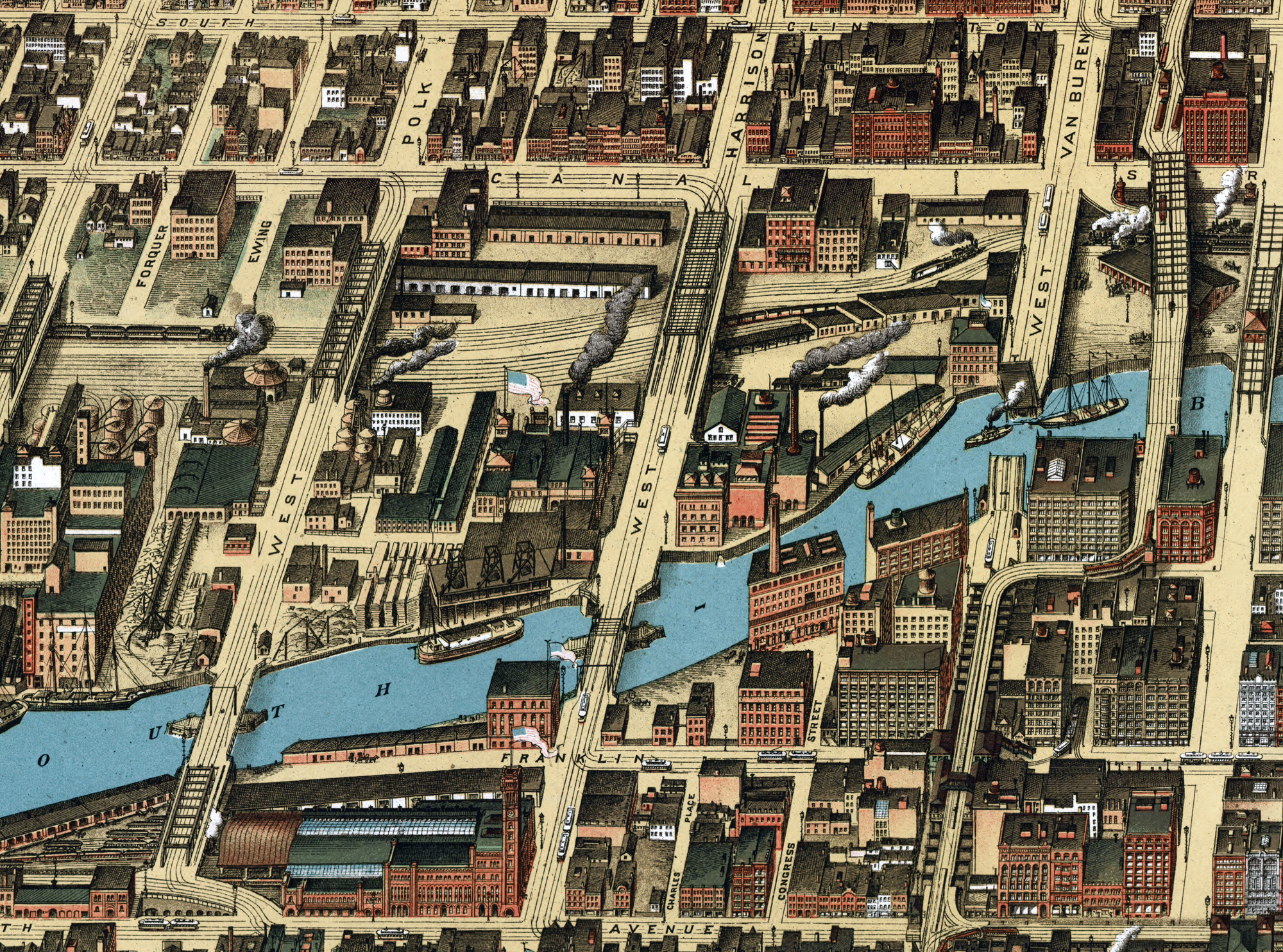 A large force of workmen yesterday began tearing down the Harrison street bridge preparatory to erecting a modern bascule structure. The new bridge will have a double roadway and an opening of 140 feet when raised for the passage of vessels. It will cost $150,000 and will be completed and ready for use next June. The Lydon & Drews company has the contract for the substructure, and the American Bridge company will erect the superstructure. 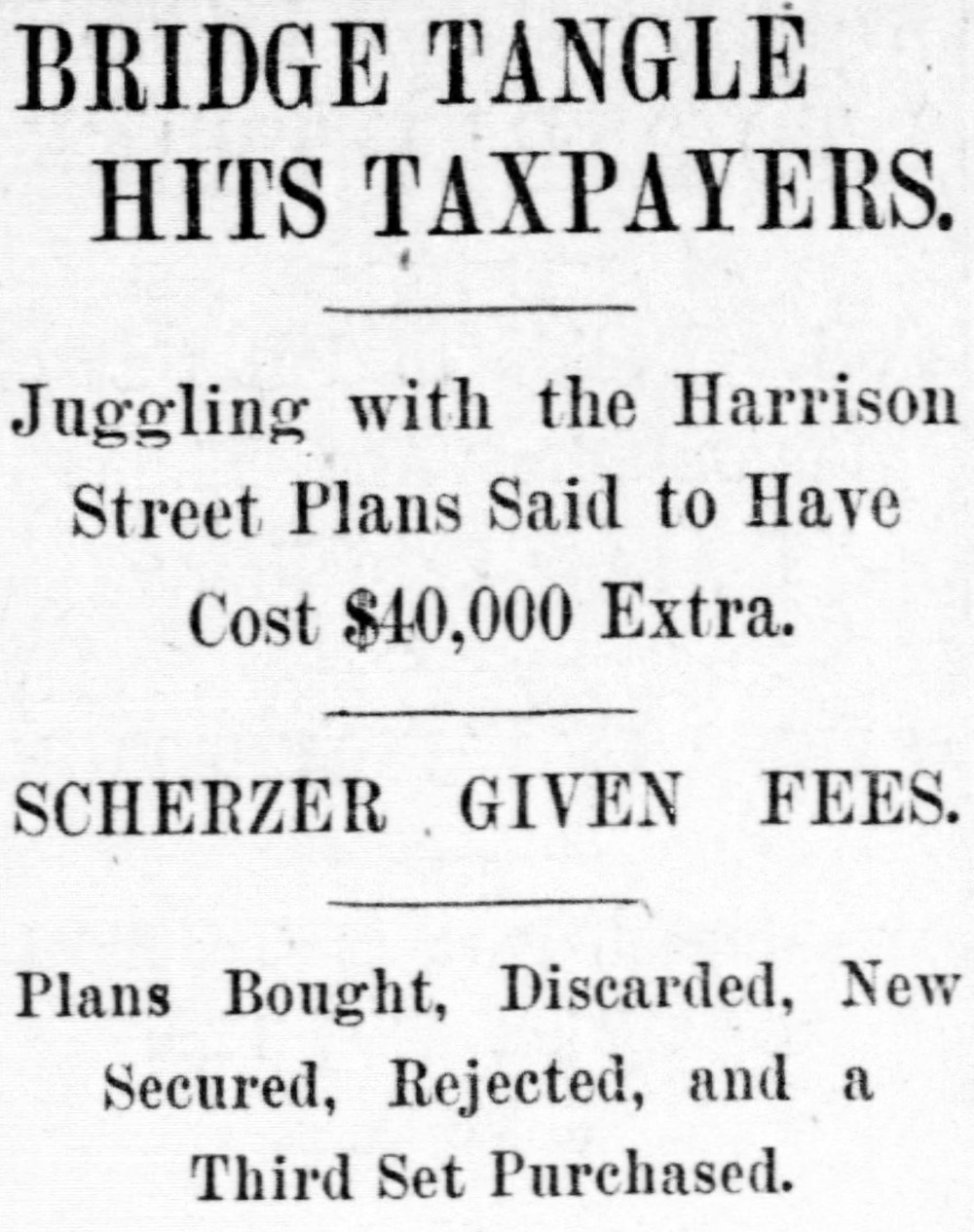 More details of the details of the dealings of the drainage board with the Scherzer Bridge company were brought to light yesterday with the investigation as to alleged excessive charges paid to the concern. It was declared that because the board favored the Scherzer design the taxpayers have had to expand more than $40,000 extra for the Harrison street bridge, and the structure is still uncompleted.

So much time had been spent in juggling with plans that the board was compelled to erect a temporary bridge at Harrison street at a cost of several thousand dollars. Leaving out the Scherzer plans which were accepted for Loomis street it was shown that the two sets of plans for Harrison street cost $34,500, and, when the price of the temporary bridge is added, it is said the amount on account of plans is more than $40,000. 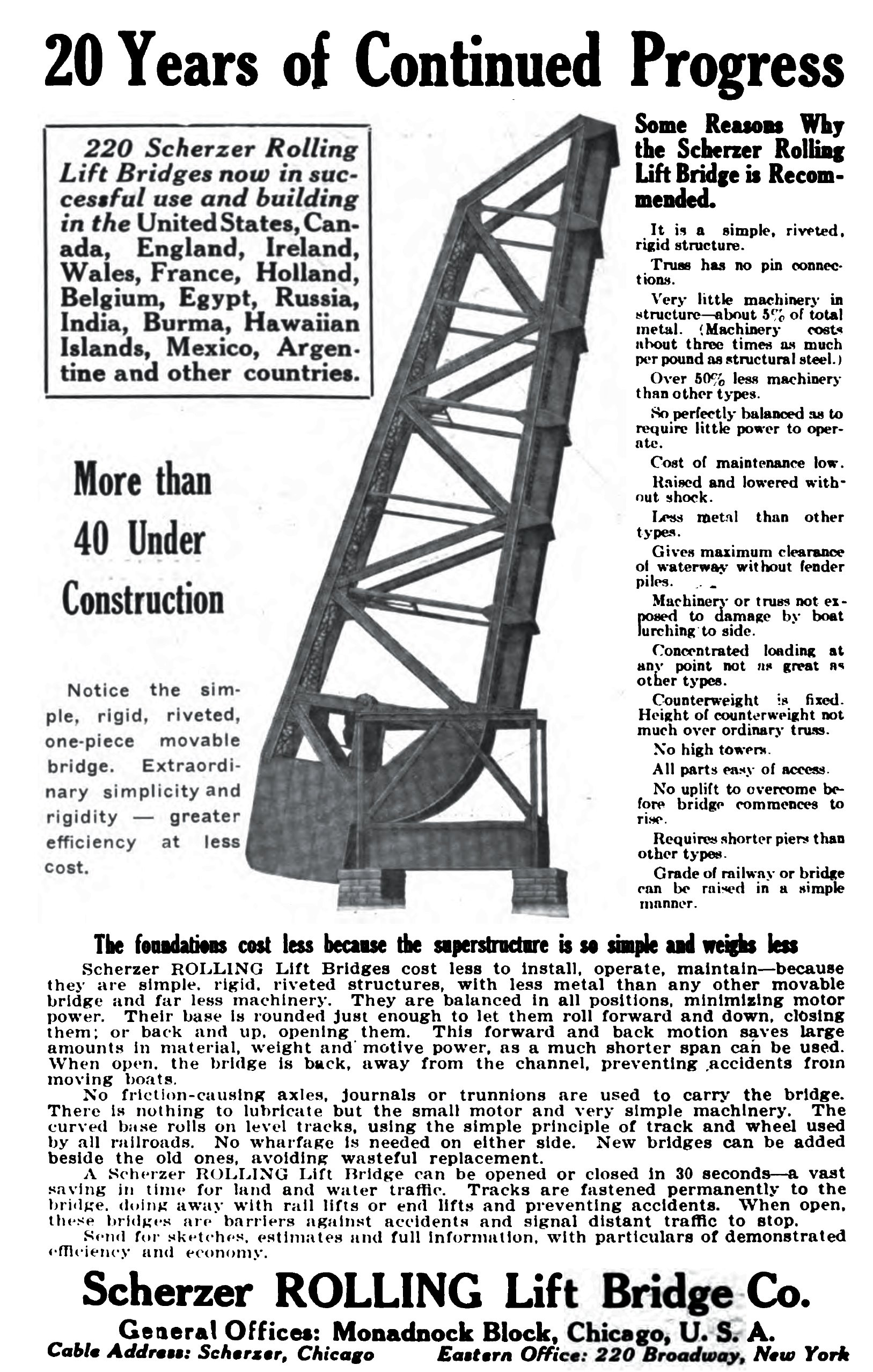 The Scherzer company has a patent on its type of bridge, and because of a monopoly it is said to charge extra for designs.

Theodore Kandeler, consulting engineer of the Scherzer company, declared the money received from the sanitary district was for plans, specifications, and consulting engineering services and for bonds guaranteeing the successful operation of the bridges when completed.

“Charges are based upon a percentage of the cost of the structure,” he said. “Large bridges, such as are used in Chicago, naturally require costly plans.”

Contract Declared Violated.
It is asserted, however, that the Scherzer company never has supervised the building of any of its bridges for the sanitary district, is required by the agreement. It also is said the bridge department has had to revise plans for every one of the Scherzer structures.

The bridge at Ashland avenue was built by the sanitary district for $25,000 less than any of the Scherzer bridges cost. 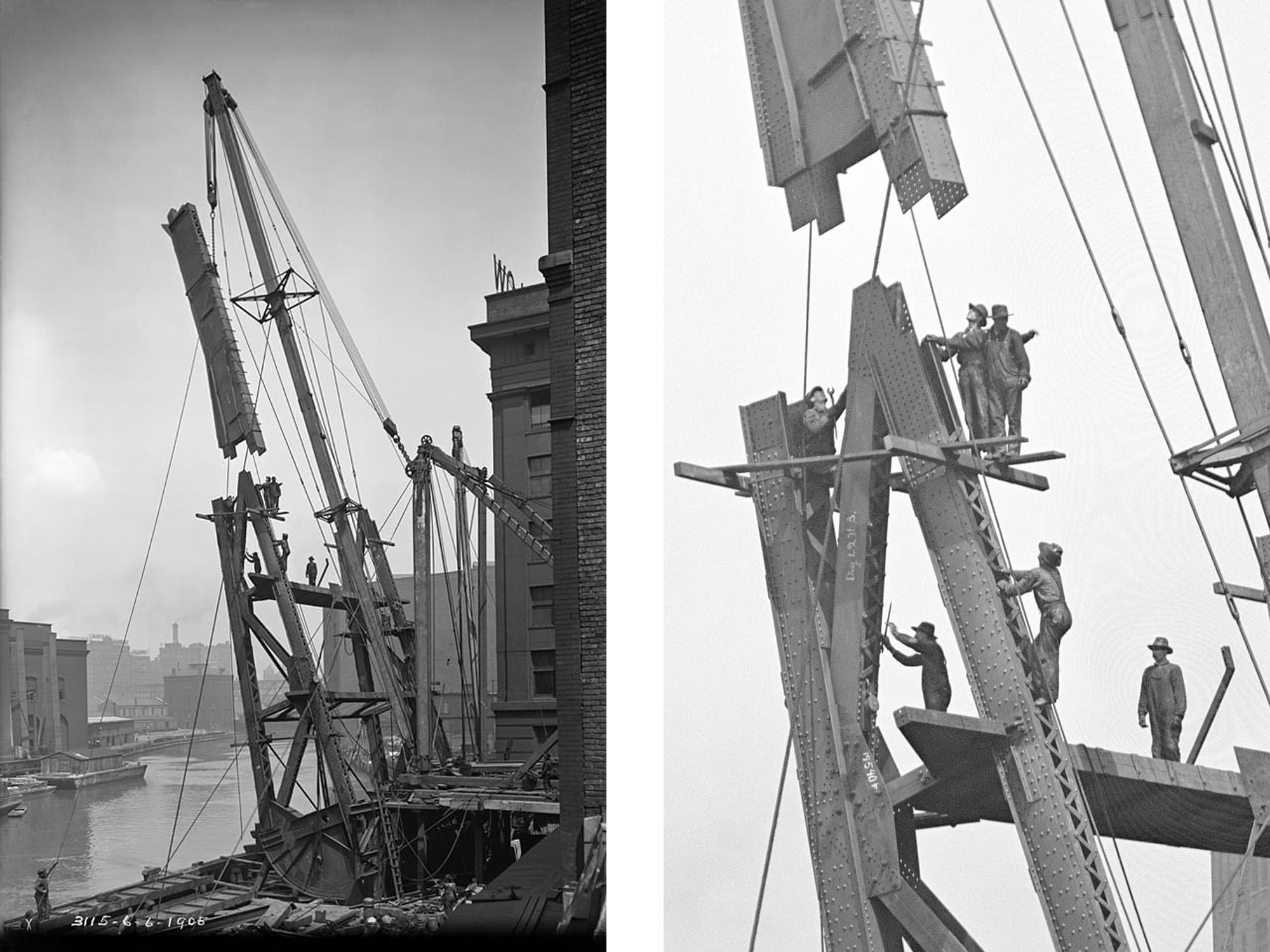 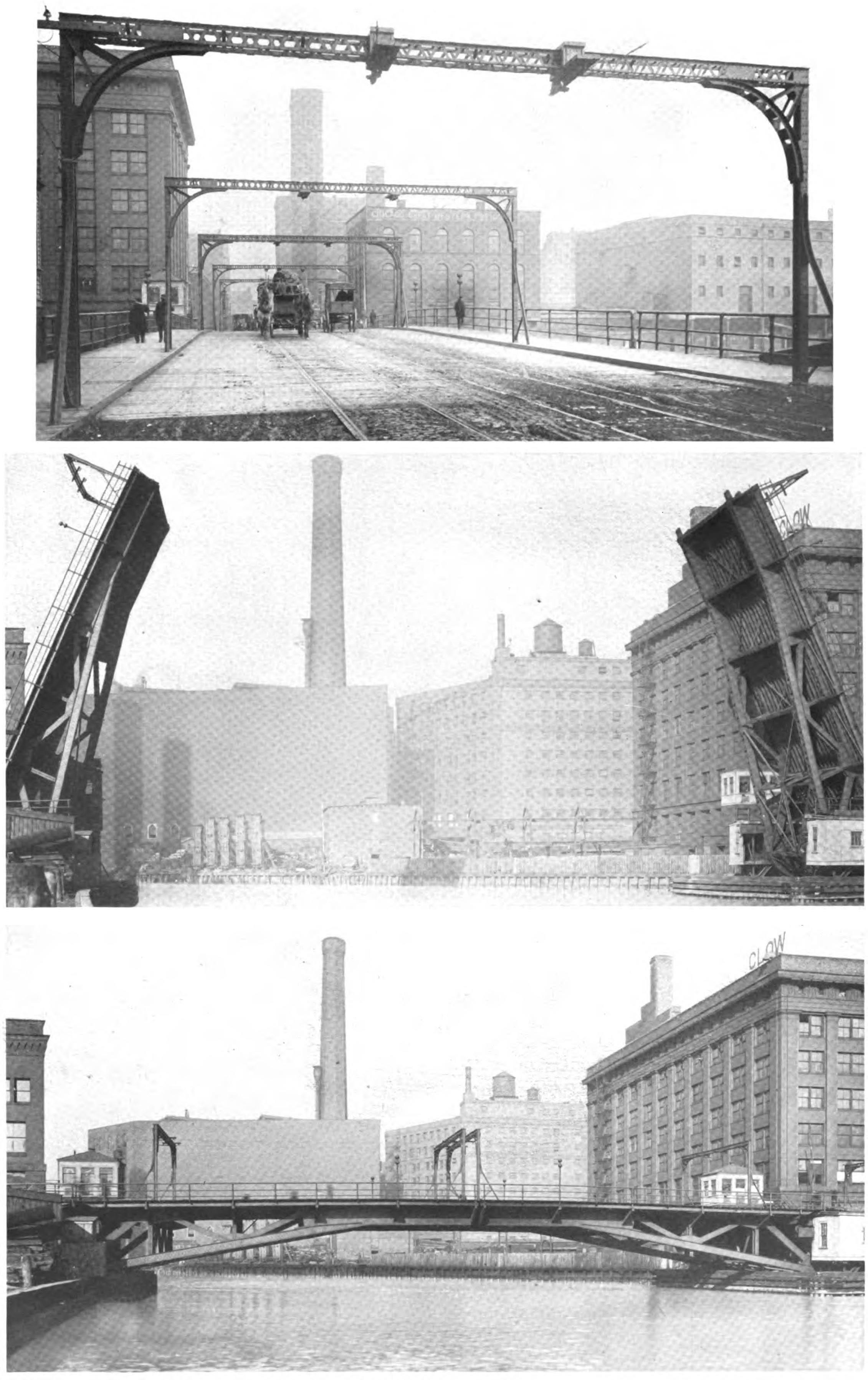 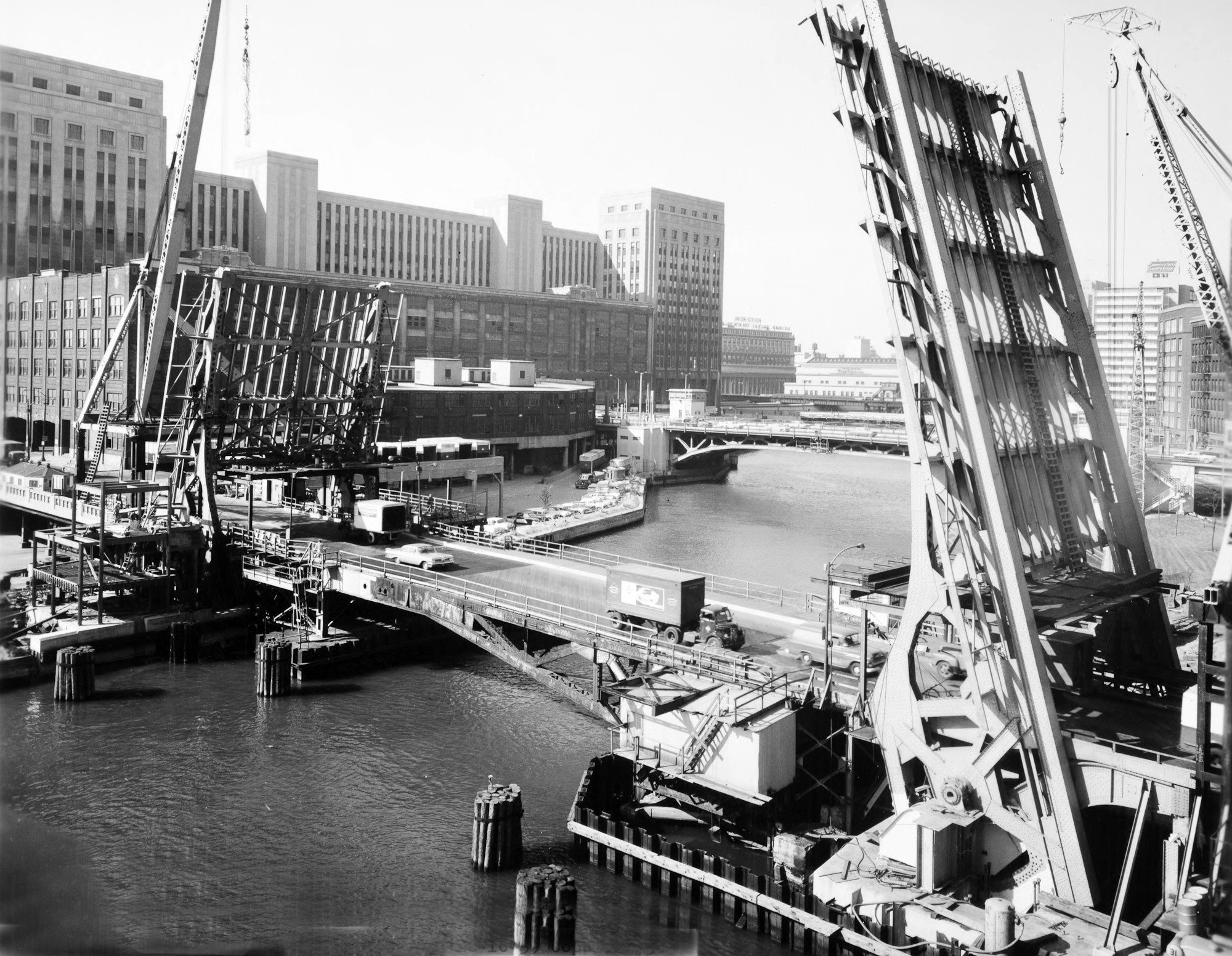 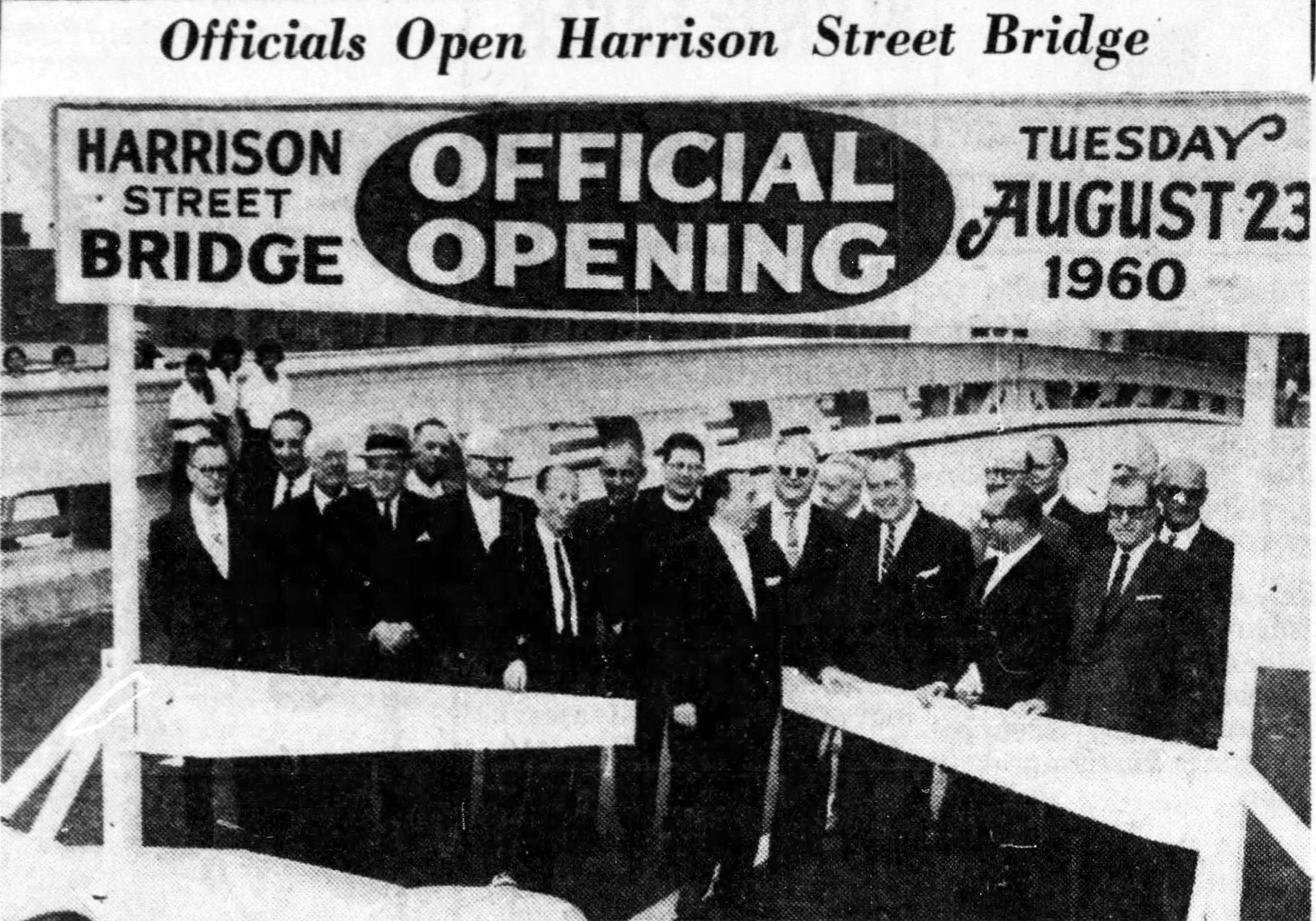 The $5,750,000 Harrison street bridge over the south branch of the Chicago river was opened officially Tuesday in ceremonies in which Mayor Daley and other officials participated. The new bascule bridge replaced a rolling lift bridge which served at the location from 1905 until last December. The bridge will carry heavy truck traffic, including large vehicles moving to and from the postoffice.