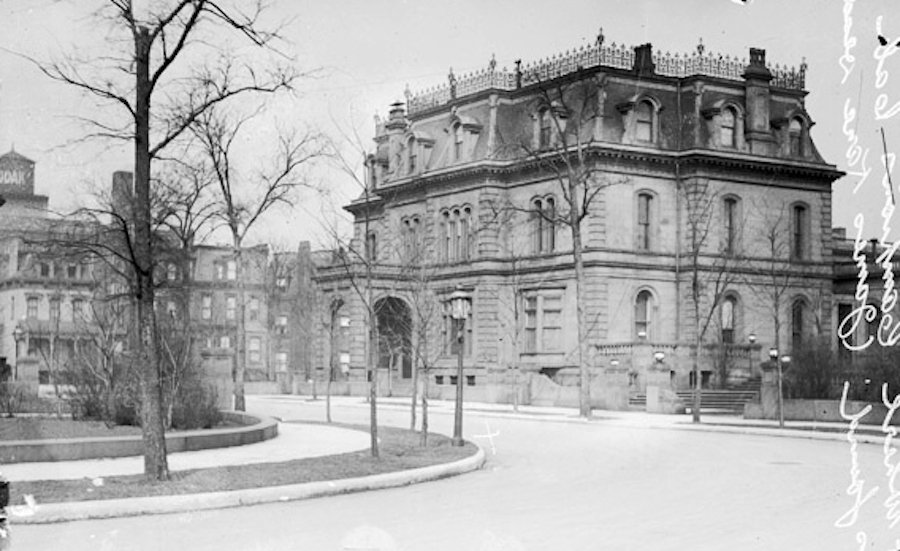 George Pullman paid $500 per square foot for the property on the northeast corner of Prairie and Eighteenth streets, the highest ever paid for a residential lot in Chicago.

The massive house measured 70 by 108 feet, containing more than 7,000 square feet per floor. The entire exterior was clad in Connecticut brownstone, including the large porte cochere along 18th Street. No expense was spared in its construction and only the finest woods and other materials were used in its decoration. Huge public rooms were constructed to house the elegant and large-scale entertainments the Pullmans planned. Amenities included a 200-seat theatre, billiard room, bowling alley, pipe organ and much more.

Newspaper accounts of the house and the events which took place there routinely referred to the house as the most beautiful on Prairie Avenue and in the entire city, lavishing praise on its interiors, said to be “more beautiful than the Gardens of Cashmere.” The Pullmans entertained frequently in their “palace” and it was not uncommon for 400 or more people to attend receptions, musicales, and theatrical entertainments. 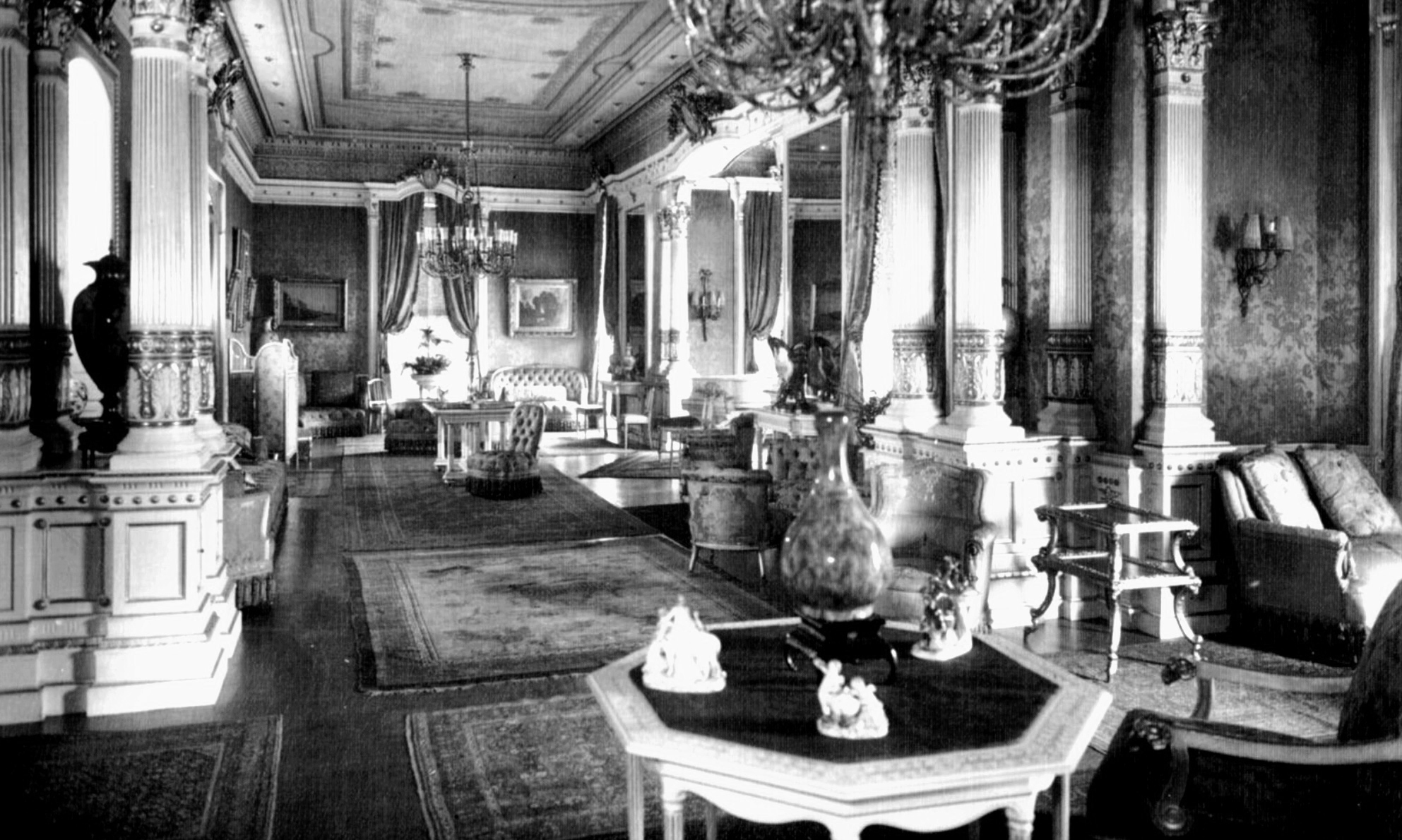 The Chicago Tribune said of Mr. Pullman’s drawing room, “In point of location, size, and architecture it surpasses any room of its kind in Chicago, whether public or private.”

In preparation for the wedding of the Pullmans’ daughter Harriet to Francis Carolan in 1892, a huge addition was built onto the northeast corner of the house, and the entire interior was redecorated. The addition included a new library and billiard room, a huge palm room with a 40-foot leaded glass dome, outdoor terraces set with marble mosaics, and an enlarged and remodeled coach house. Across 18th Street, a huge conservatory was set into a private “park” with unobstructed views of Lake Michigan. The addition and remodeling, designed by architect Solon S. Beman, cost in excess of $100,000. 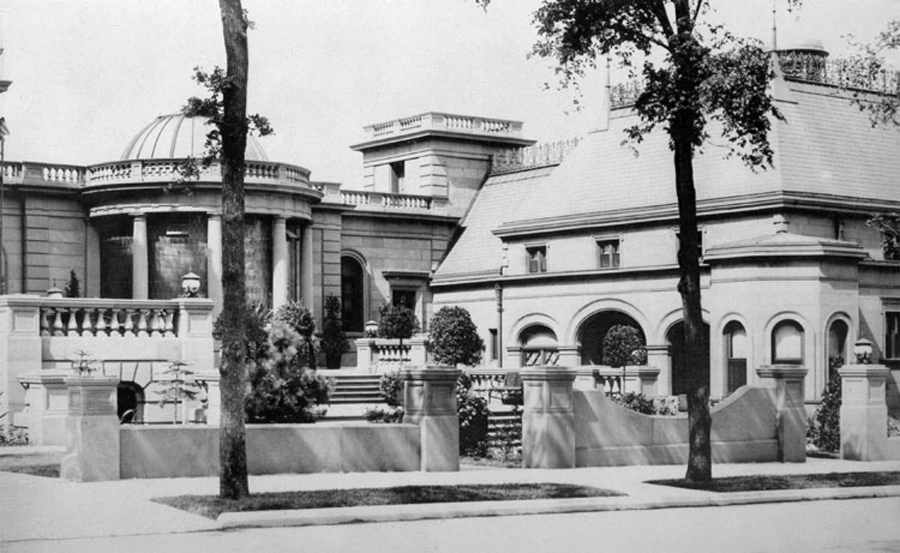 George Pullman died in 1897, but his widow continued living in the home until her death in 1921, splitting her time between Chicago and residences in New Jersey, the Thousand Islands, and Pasadena. In November 1921 a three-day auction emptied the house of its priceless collection of artwork, rugs, antiques, and other items. The house was demolished during the summer of 1922, a reflection of the decline of the neighborhood. The property remained vacant until 1941 when a huge, but non-descript brick bus garage was built on the site. That too was demolished in 2000 as the area gentrified, and today, town homes and a condominium tower occupy the site of one of Chicago’s greatest Gilded Age mansions. 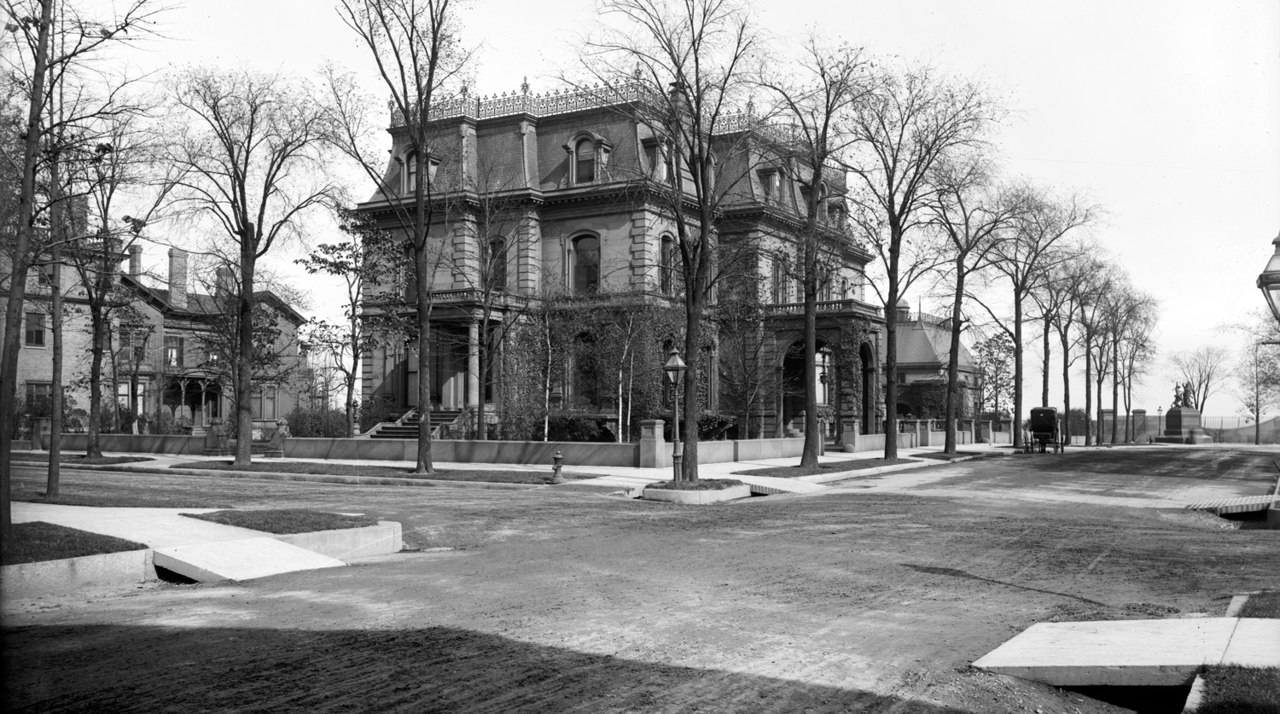 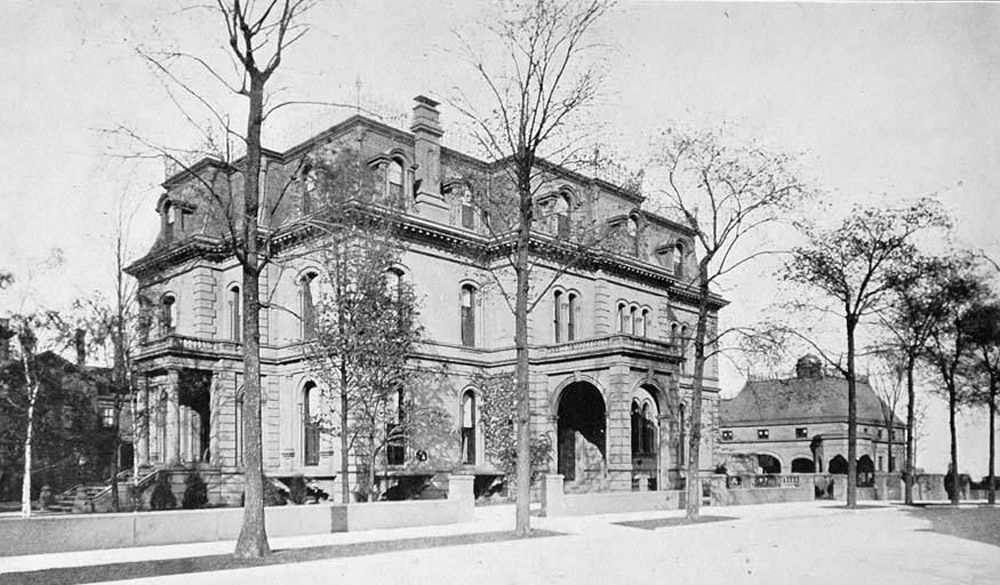