UNCLE JACK was pleased when Robert and Peggy insisted on visiting Chicago’s two great universities between their trips to A Century of Progress, Our picture shows them at the University of Chicago campus, on the south side. Here the children saw the imposing buildings of collegiate Gothic architecture.

“This great university is only fifty years old.,” said Uncle Jack,”but it has attained a world·wide reputation as an important center of learning.”

The children were awed by the magnificent new chapel, the dominating feature of the entire campus, containing in its tower the second largest carillon on the American continent. Then the children went with Uncle Jack to Evanston and the beautiful tree covered campus of Northwestern university. Both Robert and Peggy were thrilled when they saw real college athletes in the big Patten gymnasium. Afterward they went to see Dyche stadium, home field of Northwestern’s famous “Wildcats.”

“I think I would like to go to college here in Chicago,” said Robert, “but it is going to be hard to decide which university.”

Peggy agreed, “I don’t know which one I’ll prefer, either,” she said, “but I am going to study hard so I will be prepared to go to one of them,” 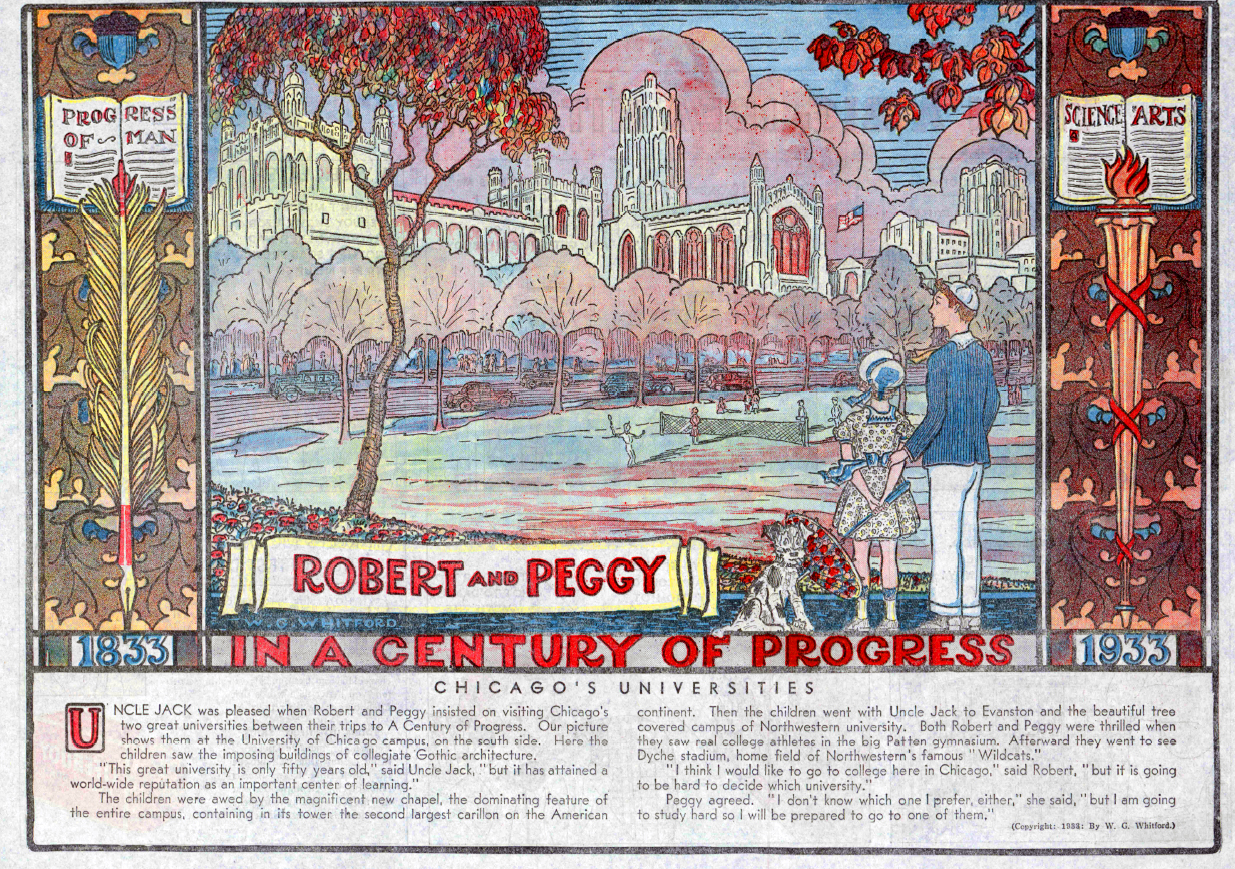