ROBERT AND PEGGY were “tickled pink” when Uncle Jack took them on a tour of Chicago’s parks. It was a day as thrilling as any they had spent since coming to Chicago to visit the ‘World’s. Fair. They started from Jackson Park, scene of the 1893 World’s Fair. Uncle Jack pointed out the beautiful building which was the Fine Arts building of the 1893 Fair, and which now houses the Rosenwald Industrial Museum. Then came the swift ride over smooth boulevards, past lovely lawns, flowers, shrubs and trees. Soon they reached Lincoln Park, where you see them in the picture above.

“Now, we’ll see the animals!” said Uncle Jack. Robert wanted to see the lions first, and Peggy wanted to start off with the elephants; so they compromised and began with the monkeys! It was more fun than the circus. Finally, when they had seen all the animals and the famous St. Gaudens statue of Lincoln, they started home, tired and happy after a wonderful day. Our picture shows them beside the Lincoln statue, with the lake in the distance at the right.

“It seems to me that Chicago is just one big park” said Robert. 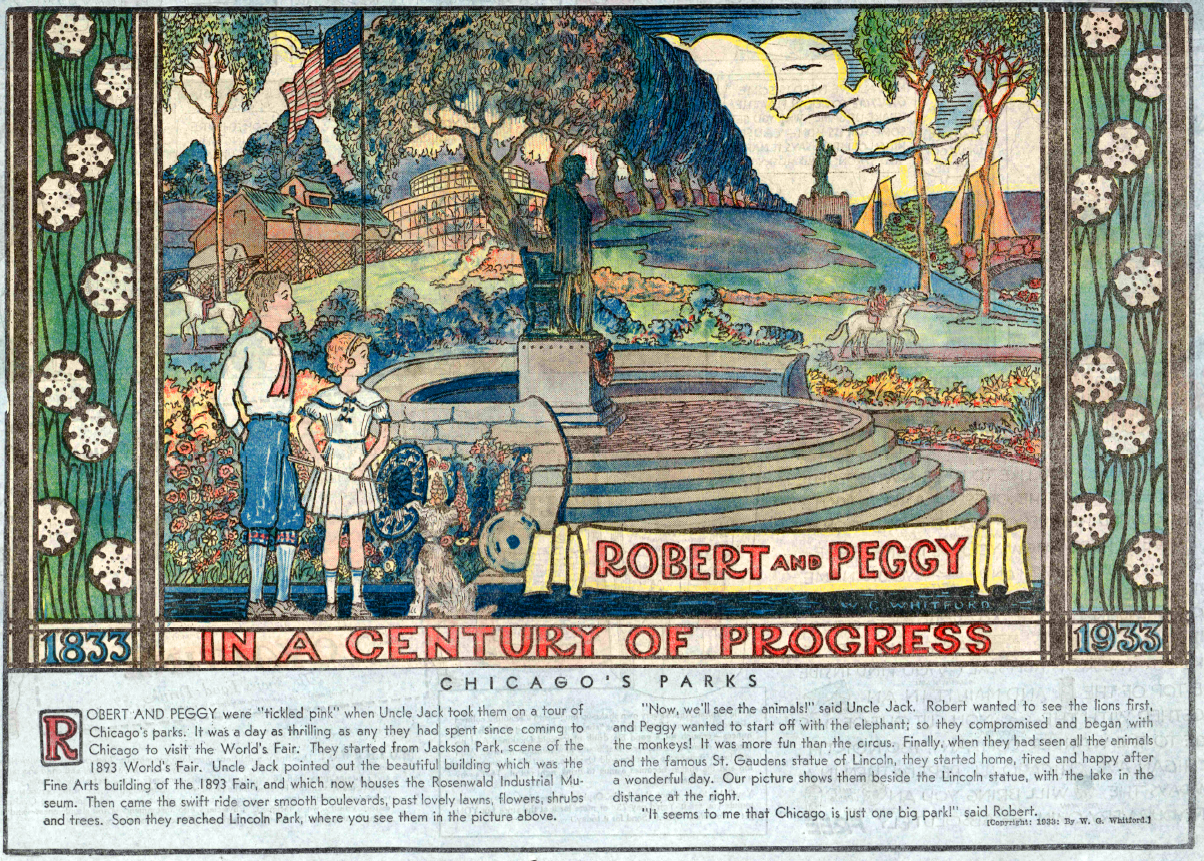