FAREWELL TO CHiCAGO: “IRON HORSES” OF PAST AND PRESENT

ROBERT AND PAGGY wave good by to Chicago and the World’s Fair as the all steel modern train pulls slowly away from the station and the city where the children have spent a glorious twelve weeks of sightseeing. They will be glad to get hone eqein, of course, but they are sorry the time has come for them to leave. But even as Chicago’s famous skyline fades from view they are having another experience. They are aboard one of the finest overland passenger trains, which, is, in itself, a luxurious example of the progress of transportation in the last 100 years.

In the Travel and Transport building at A Century of Progress Robert and Peggy had seen earlier types of locomotives, pictured at the sides of the page. They had seen some of the pioneer “Iron horses” in actual operation in a pageant called “Wings of a Century.” So, when the time came for them to get aboard the crack train which was to whirl them homeward, the children had a far greater appreciation of the progress of transportation during the last century.

“I think we have learned more about the wonders of the world in the last twelve weeks than we ever could learn in school,” said Robert.

“Yes, and it was such lovely fun, too,” Peggy agreed. 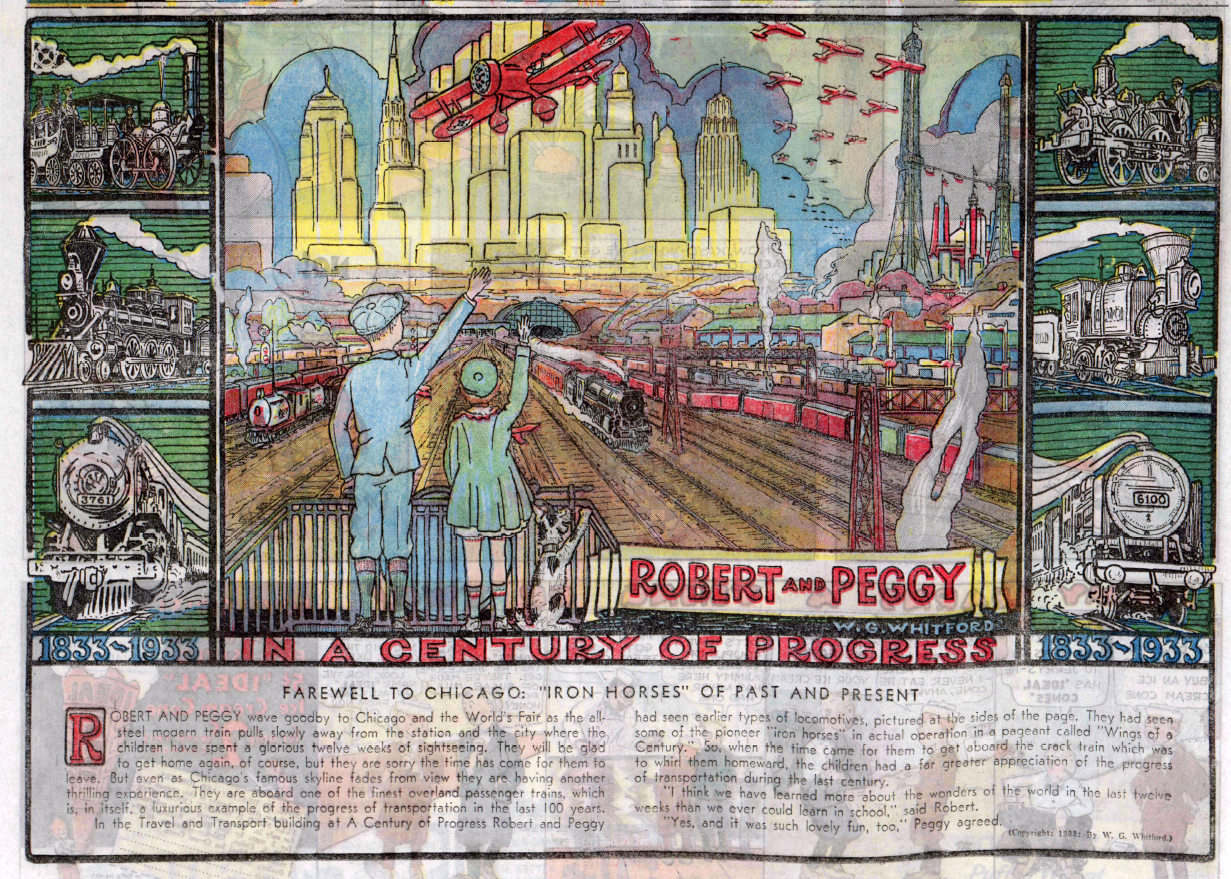