THE young visitors to A Century of Progress Exposition, Robert and Peggy, enjoyed their boat ride to the World’s Fair, to Navy Pier, and down the smooth expanse of the gray-green Chicago river almost as much as their day at the Enchanted Island. The Chicago river, as grown-ups know, is perhaps the only river in the world that flow? backwards, its current having been reversed a long time ago by engineers to provide proper drainage for the growing city. The children saw great passenger steamsh.ips and huge drawbridges that open like giant knives, and visited marvelous Wacker drive, a wide two level thoroughfare. They learned how the river recently had become a vital link in an ocean-to-ocean waterway project. Robert and Peggy were fascinated by their view of the World’s Fair from the decks of the excursion boat, and were delighted with their visit to Navy Pier, a mammoth structure of steel and brick extending out into Lake Michigan a distance of more than a half mile. 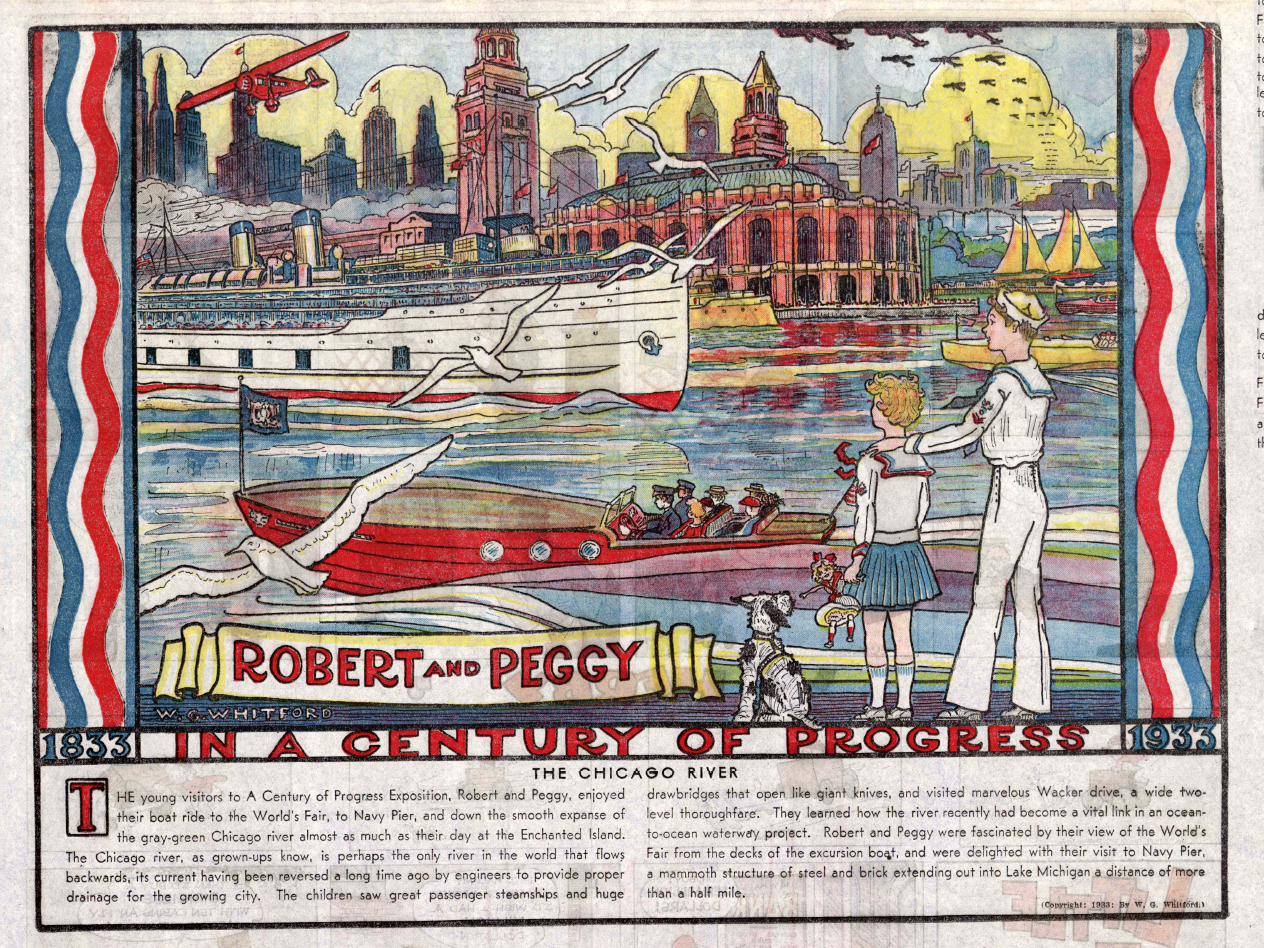