TO Robert and Peggy every day at A Century of Progress was a day packed with surprises and thrills; and few of the sights gave them such delight as the spectacles they witnessed at Soldiers’ Field. In this great amphitheater, which is located within the grounds of the World’s Fair, there are seats for more than 100,000 spectators. Here the children, Robert attired in his Boy Scout uniform and little Peggy proudly bearing a tiny American flag, saw thousands of soldiers and gayly-uniformed marchers parade to the music of scores of bands at the ceremonies which opened the Fair. Here later they saw the gorgeous Army show, where foot soldiers drilled, cavalrymen performed daring feats on fiery horses, and artillery barked into the sky, while squadrons of roaring airplanes darted through amazing maneuvers overhead. By night they looked upon brightly lighted historical pageants, dramatic spectacles, and other picturesque events, all presented within the giant horseshoe of the stadium of Soldiers’ Field. They attended a great athletic tournament which was particularly interesting to Robert. Whenever the children wished to rest their eyes by gazing away from the scenes before them, they had only to look up to see the lofty towers of the Sky Ride of the World’s Fair. 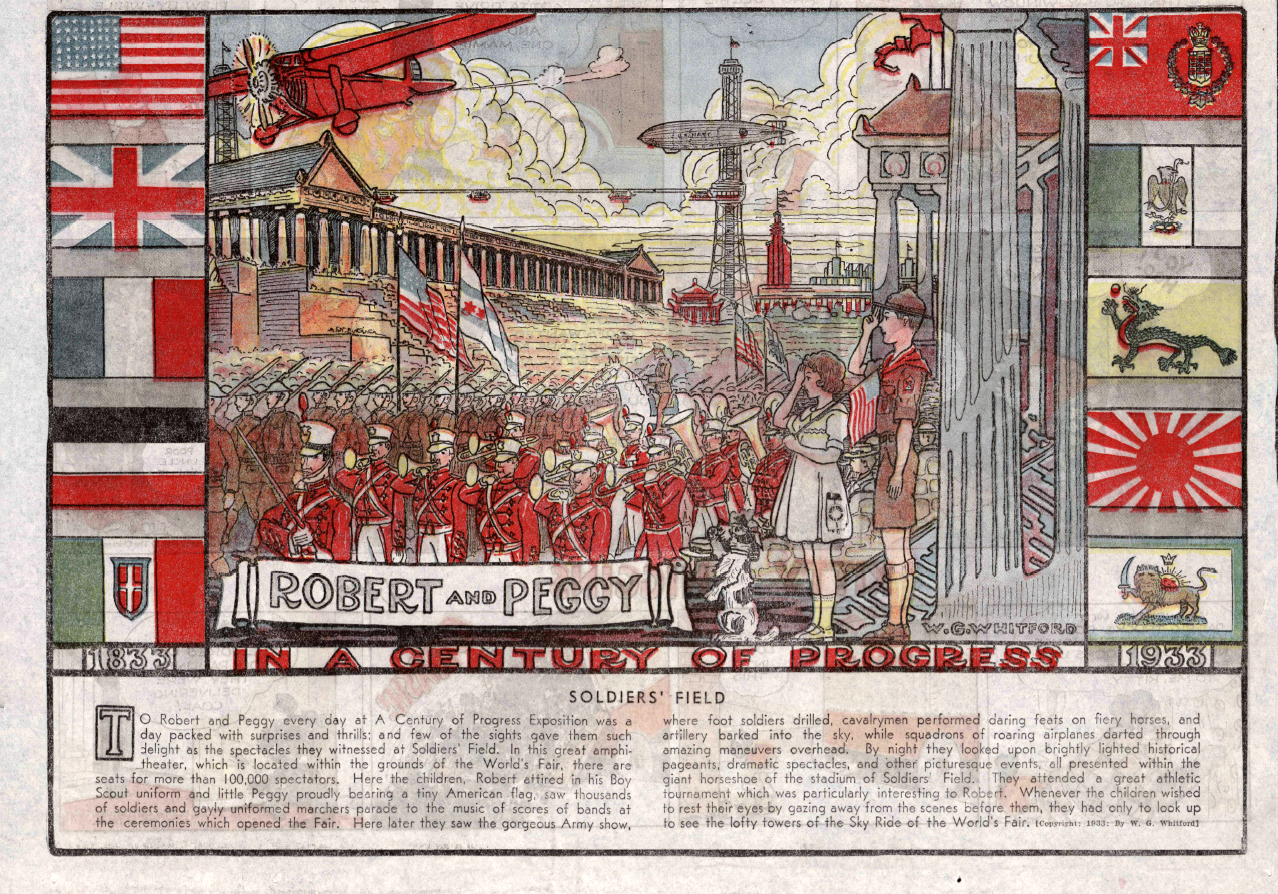