THOSE two young visitors, to A Century of Progress, exposition, Robert and Peggy, not only viewed all of the wonderful sights of the Fair, but spent a great deal of time in Chicago’s principal business section. This great trade district, a forest of skyscrapers cut by conyon-like streets, is known as the “Loop,” from the fact that all of the elevated railroad lines runninq to it from outlying parts of the city form a complete circle, or loop, about it.

Within this loop are many towering buildings. The first skyscraper in the world was erected here, but long ago it wes torn down to make room for a still taller building. Scattered among the high structures are numerous great stores, in which anything under the sun can be purchased. 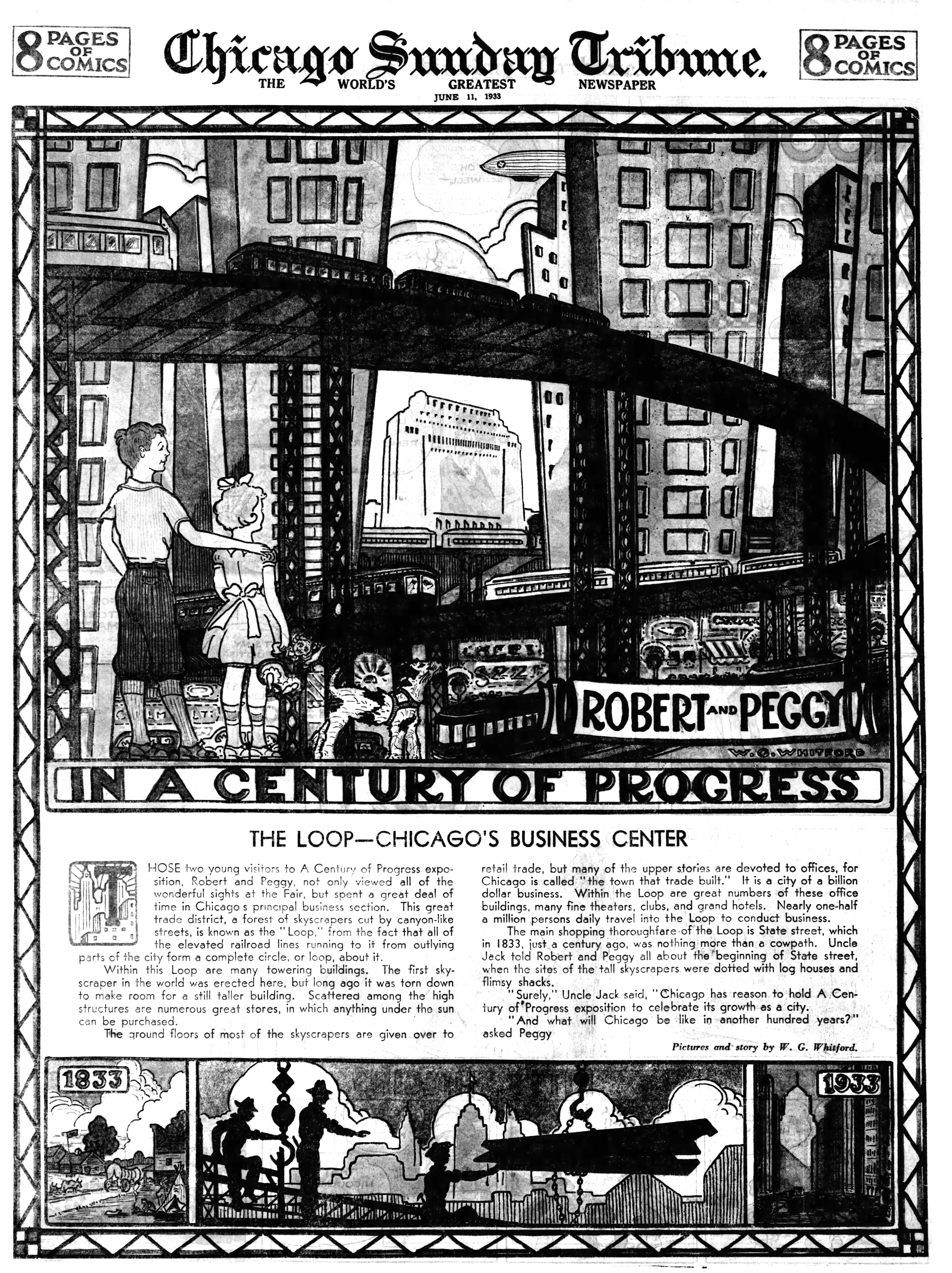 The ground floors of most of the skyscrapers are given over to retail trade, but many of the upper stories are devoted to offices, for Chicago is called “the town thot trade built.” It is a city of a billion dollar business. Within the loop are great numbers of these office buildings, many fine theaters, clubs, and grand hotels. Nearly one-half of a million persons daily travel into the loop to conduct business.

The main shopping thoroughfare of the loop is State street, which in 1833, just a century ago, was nothing more than a cowpath. Uncle Jack told Robert and Peggy all about the beginning of State street, when the sites, of the tall skyscrapers were dotted with log houses and flimsy shacks.

“Surely,” Uncle Jack said, ” Chicago has reason to hold A Century of Progress exposition to celebrate!e its growth as a city.

“And what will Chicago be like in another hundred years?” asked Peggy.