THE WORLD’S FAIR AT NIGHT

“What a wonderful sight!” exclaimed Peggy, as she looked down at night from atop a tall building in Michigan avenue upon the magic city of the World’s Fair, stretching for miles along Chicago’s lake front, its millions of lights gleaming more brightly than all the stars on a clear summer’s night. “Yes,” replied Robert,” I shall never forget it as long as I live.”

What the two children saw by night they viewed by day at close hand during many happy visits to the Fair. The picture below, showing the children looking at the exposition from a height, presents the Fair as it would appear from the top of any skyscraper not far from the Exposition grounds. There is a marvelous display of fireworks. Airplanes and a dirigible sail high overhead. Searchlights flash across the sky, and brilliant lights transform the Fair into a fairyland of beauty.

Uncle Jack and Aunt Emma had told the children how all of the land and also the island upon which the Fair stood had been made from earth reclaimed from the lake especially for A Century of Progress exposition. 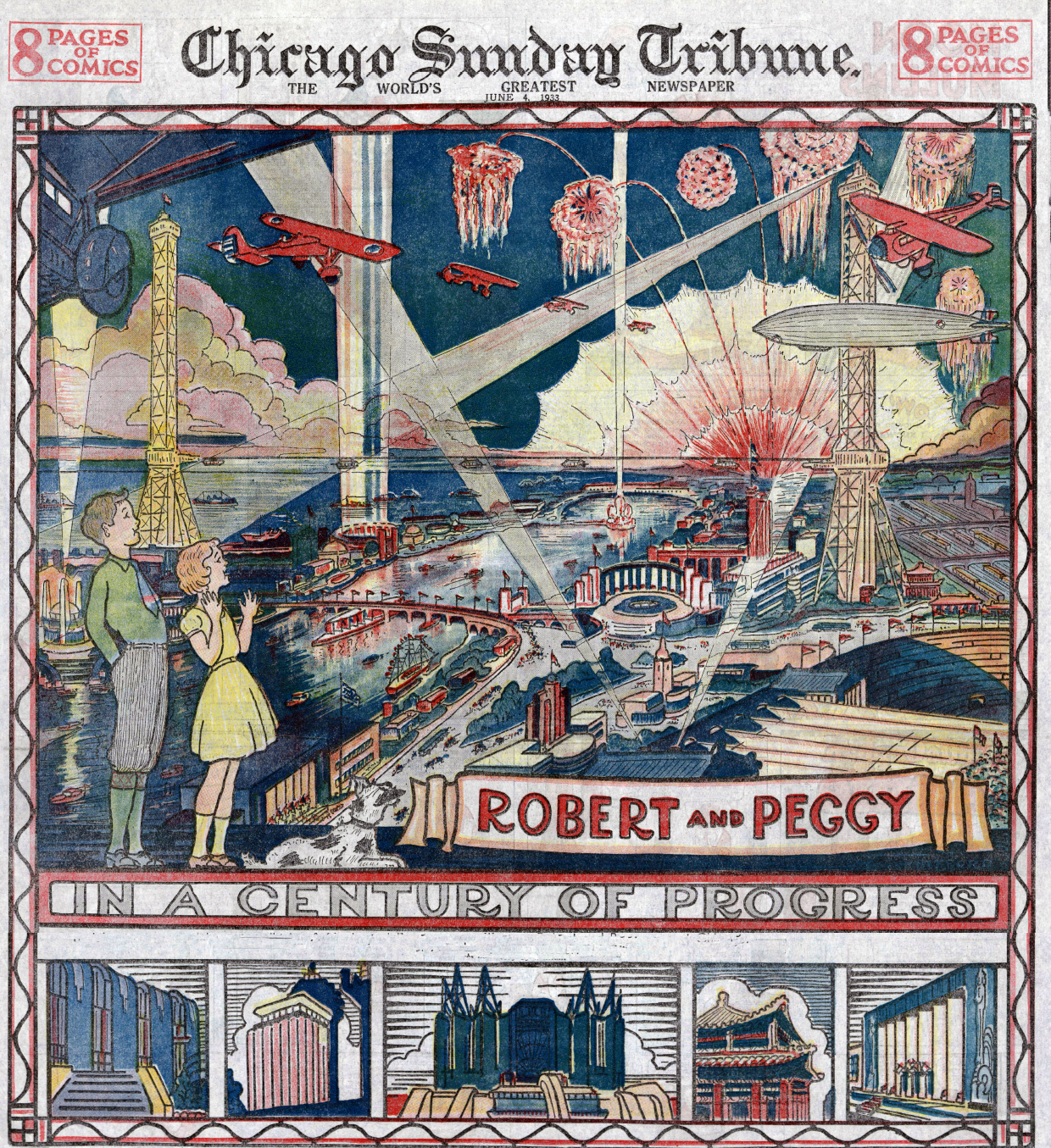 The purpose of the great centennial exposition, as the name shows, is to retell the story of all of the world’s progress during the last hundred years.

On their many visits to the Fair grounds Robert and Peggy learned the story of progress in science, industry, and art. They learned how science and art had made life of today an adventure in living.

All of the exhibits are made to tell a true story of progress. They tell how this or thai is made, ra ther than just showing the finished product. The children saw automobiles being made from start to finish, and doth being woven a.nd made into garments. They saw iron ore and other raw metals changed into machinery and implements. They saw scientific devices in operation. They learned a great number of things they never could have learned in school.

A new world of strange buildings, a miracle city of light and color, almost every known scientific instrument, and hundreds of amusements await to thrill the visitor. Nothing save an actual visit to the Fair grounds can give a real idea of the marvels of A Century of Progress, which Robert and Peggy saw at Chicago.