The predicted revival in real estate appears to have come with the new year. Several transactions of considerable importance are to be placed to the credit of the month of January and the first week of February.

That of prime importance was the announcement that Marshall Field would construct a ten-story building for the Merchants’ Loan and Trust company’s bank, in which he is a director. It is well known what kind of building Mr. Field may be expected to build, and the one to be erected at Clark and Adams streets will be a great lift to lark street, which has been falling into a a bad way of late years

The location of The Merchants’ Loan and Trust Company has been changed from time to time to conform to the business center of the the city. The bank’s first location was at the northwest corner of South Water and La Salle Streets, under the Board of Trade rooms. It continued in business there until the spring of 1860, when it removed to the Dickey Building, at the southwest corner of Lake and Dearborn Streets, where it remained until the fire of October 9,1871. Immediately after the fire temporary quarters were occupied in Solomon A. Smith’s house, on Wabash Avenue below Harrison Street. Here the bank remained until the completion of the Manierre Building, at the northeast corner of Madison and Dearborn Streets, into which it removed in the spring of 1872. Requiring larger quarters, it moved, in 1881, to the Portland Block, at the southeast corner of Washington and Dearborn Streets, where it remained until 1900, when it removed into its present location, the Merchants’ Loan and Trust Building, on the northwest corner of Adams and Clark Streets. 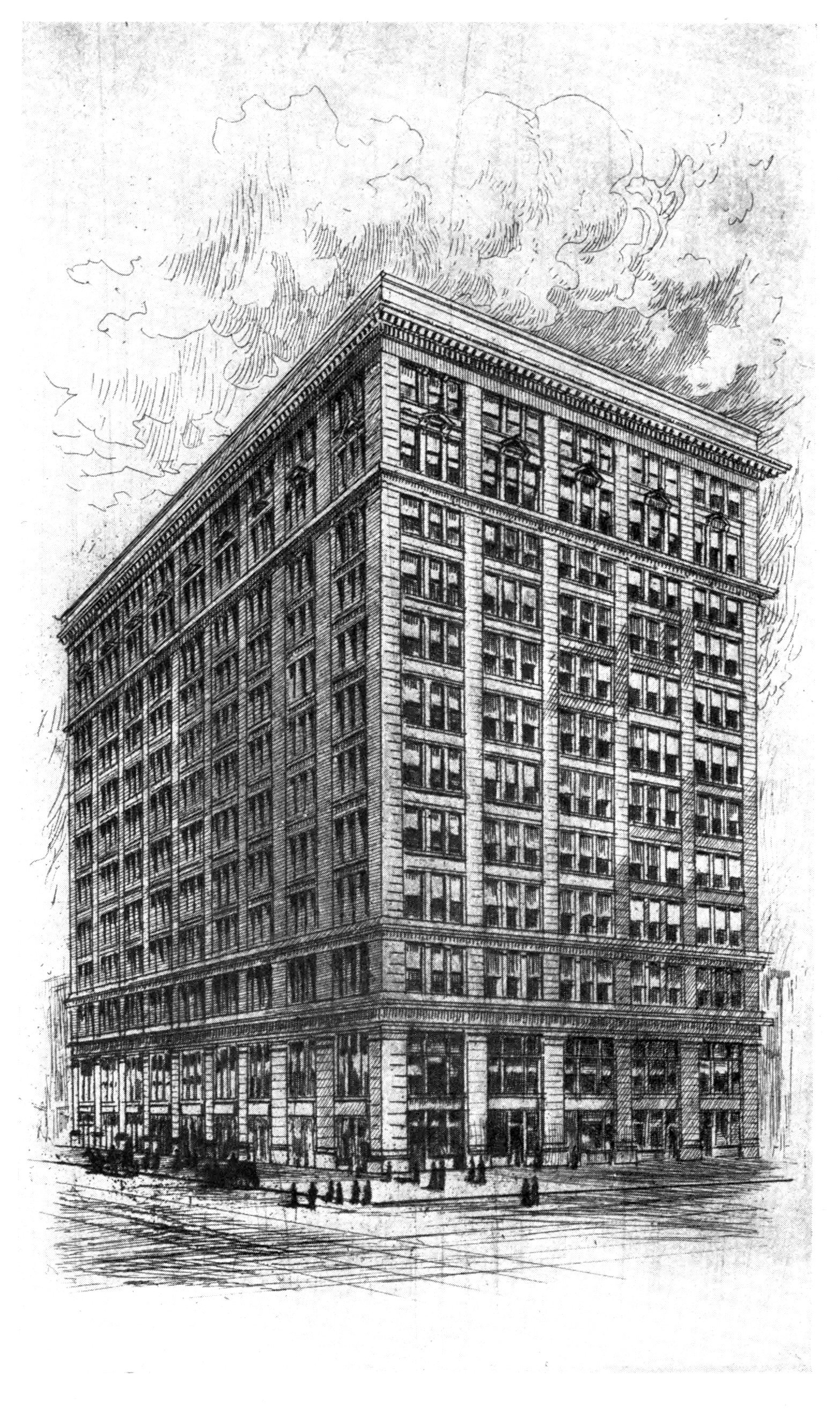 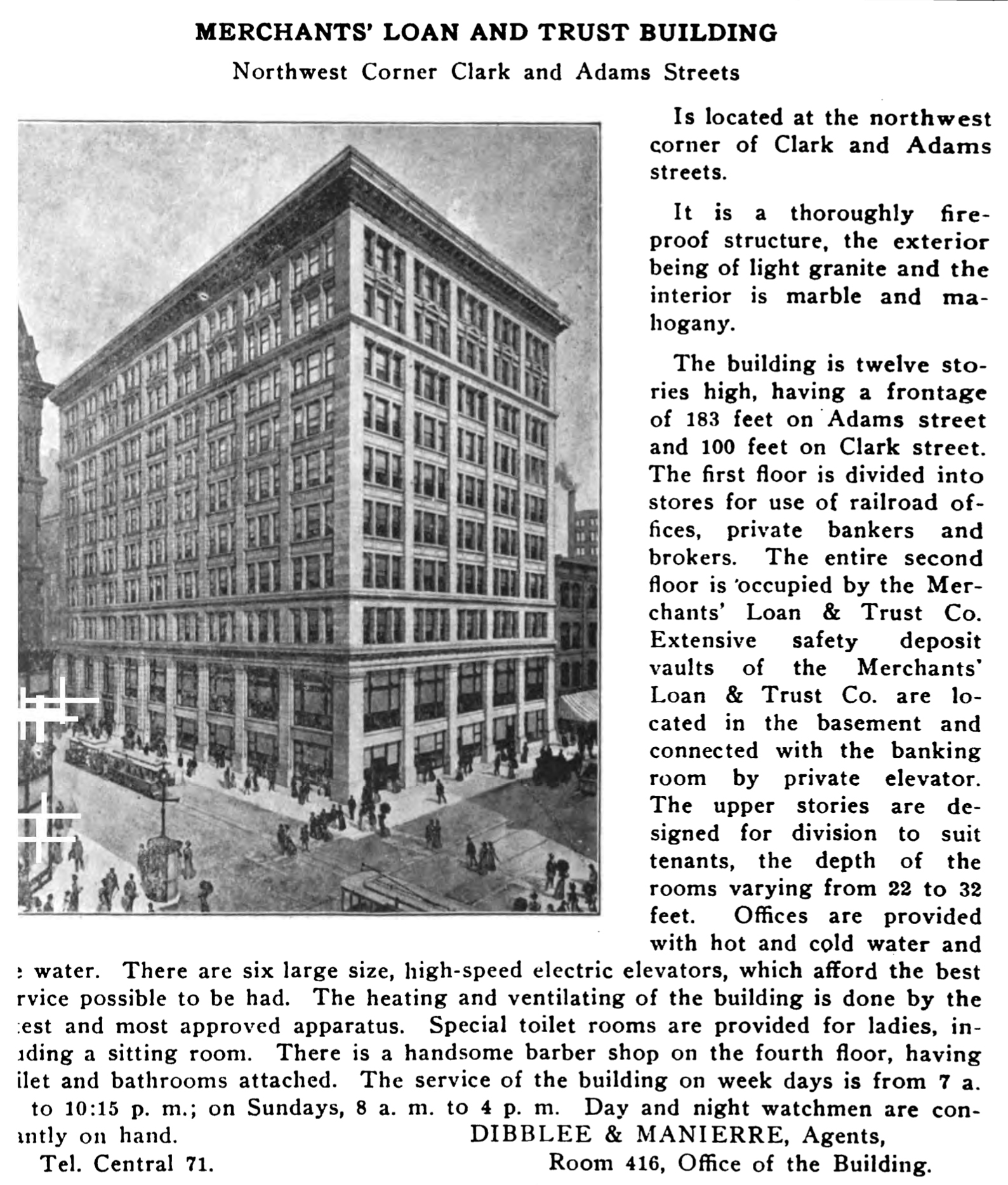 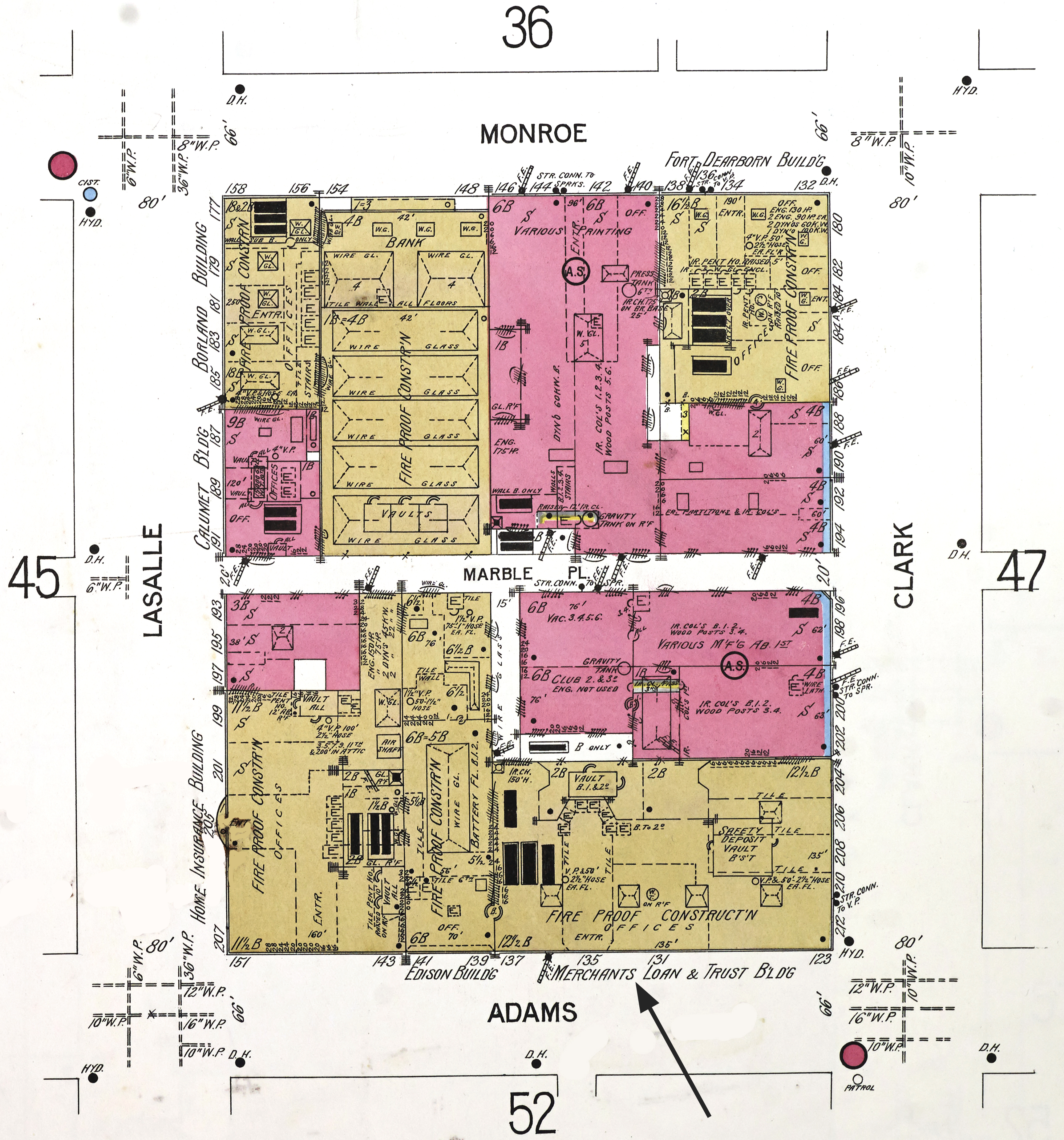