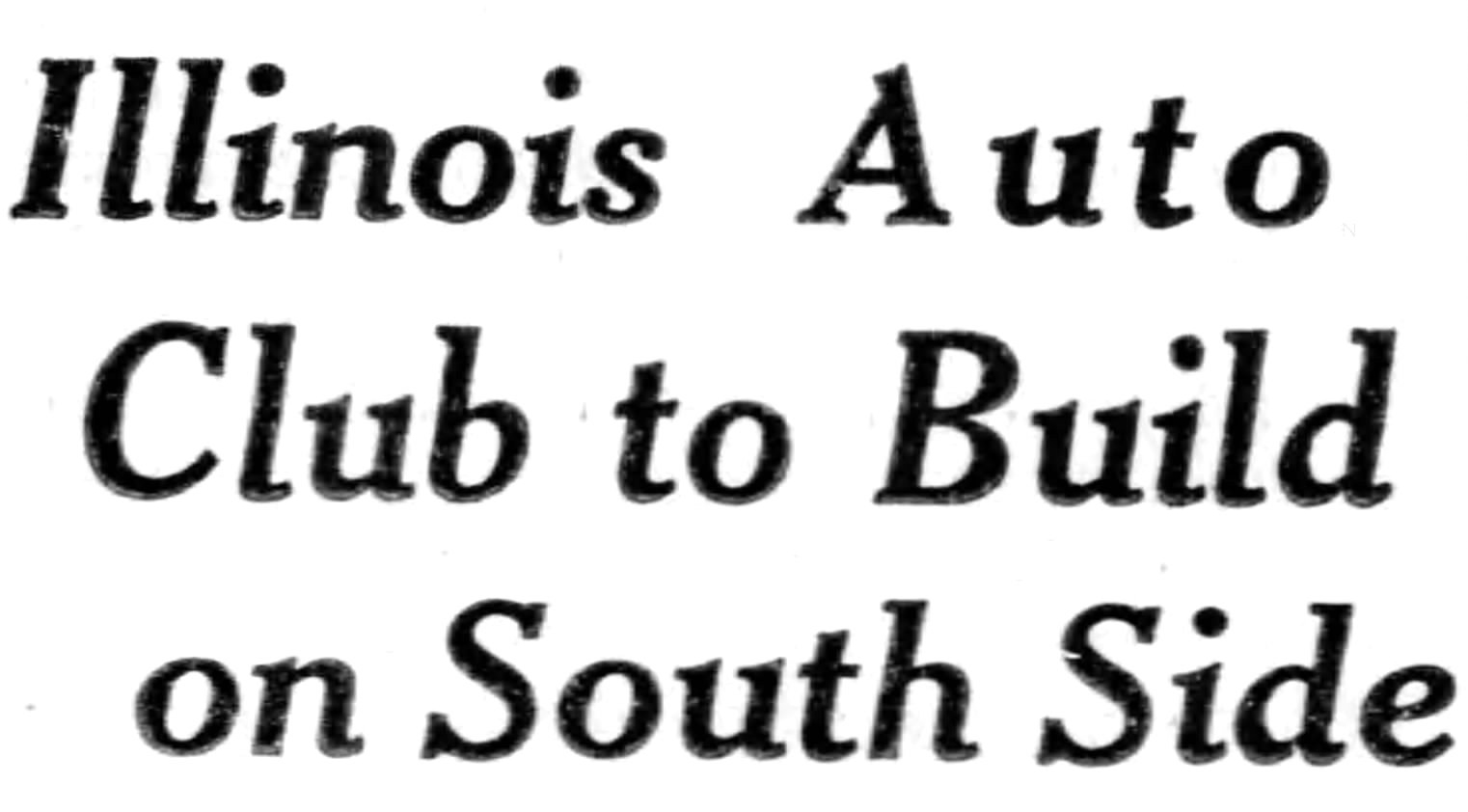 Carl A. Bennett. president of the Illinois Automobile club. yesterday announced that the proposed new clubhouse of the organization will be erected next June at the southwest corner of Michigan avenue and 24th street. The site at the northeast corner of Michigan and Erie, on which a tall clubhouse was at one time contemplated, will be sold, he stated.

Mr. Barrett also announced the Motorists’ Association of Illinois had been taken over by the Illinois Automotive club. This includes its property at Michigan and 24th on which work at one time was started on a proposed twenty-nine story building. Only the foundations were installed when work was stopped.

On these foundations the Illinois Automobile club intends to build a two story mission type building which will house its activities, both social and business, according to Barrett. 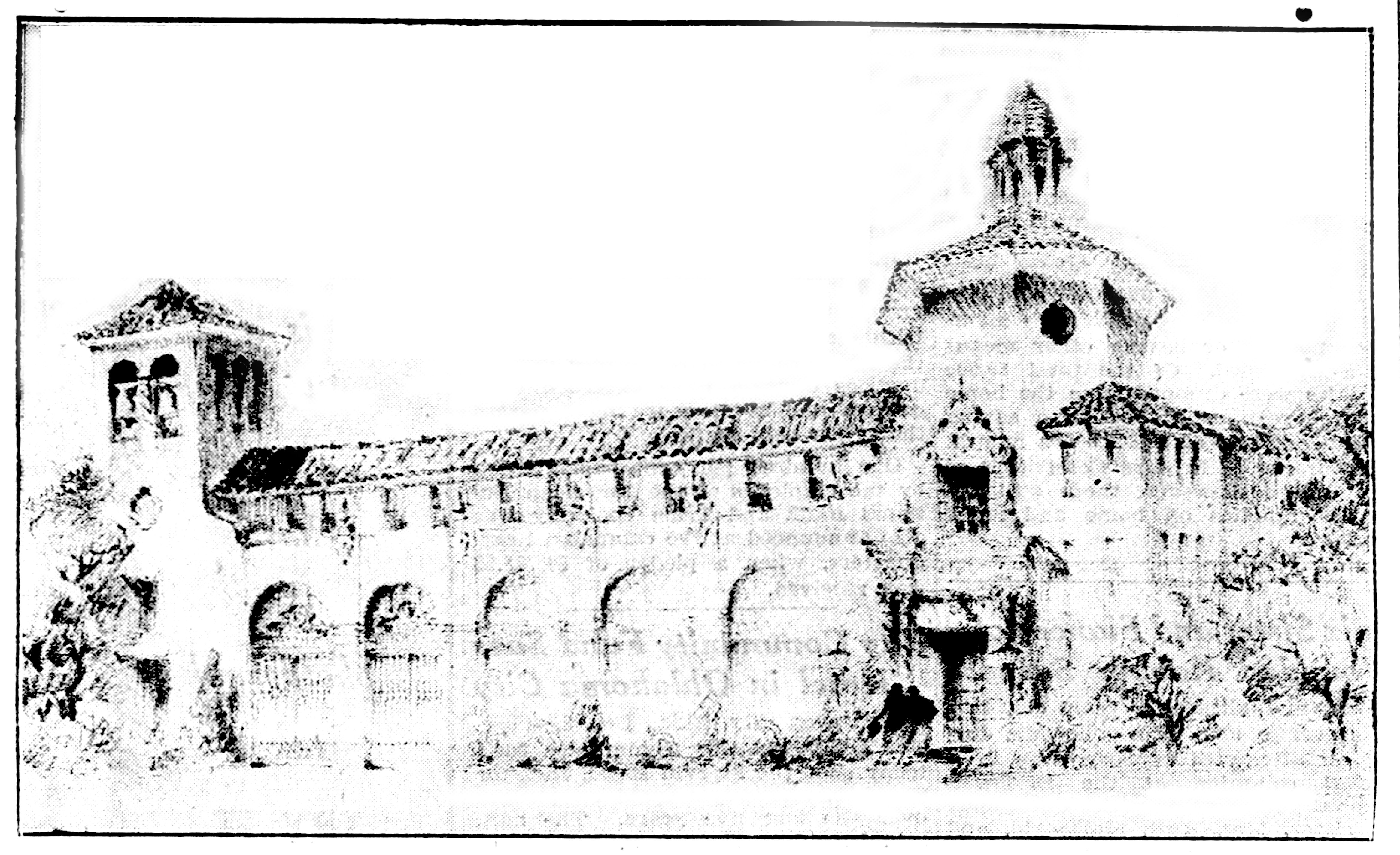 Paul Corrubia made the above sketch of a building announced for erection by the Illinois Automobile association at the southwest corner of Michigan and 24th on the foundations of a structure contemplated by the Motorists’ Association of Illinois. The later organization has been absorbed by the Illinois Automobile association, according to Carl A. Barrett, president. The above structure, contracts for which are expected to be let next February, will cost between $350,000 and $400,000, Mr. Barrett said.

A restaurant, lounges, and other club luxuries are contemplated in the new building, according to Mr. Barrett. The site fronts 125 feet on Michigan avenue and 178 feet on 24th street. The Motorists’ association paid $250,000 for the ground and the old Standard Club building then standing on it, Mr. Barrett said. He said that $300,000 was spent on the foundations and basement and sub-basement. 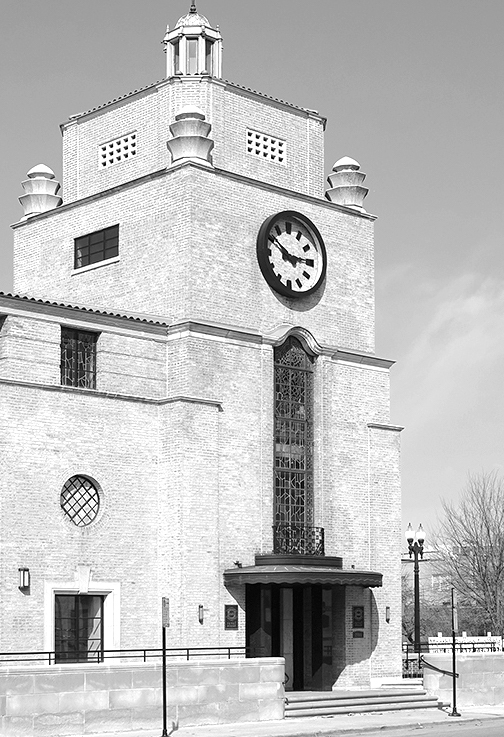 The completed building in 1936. 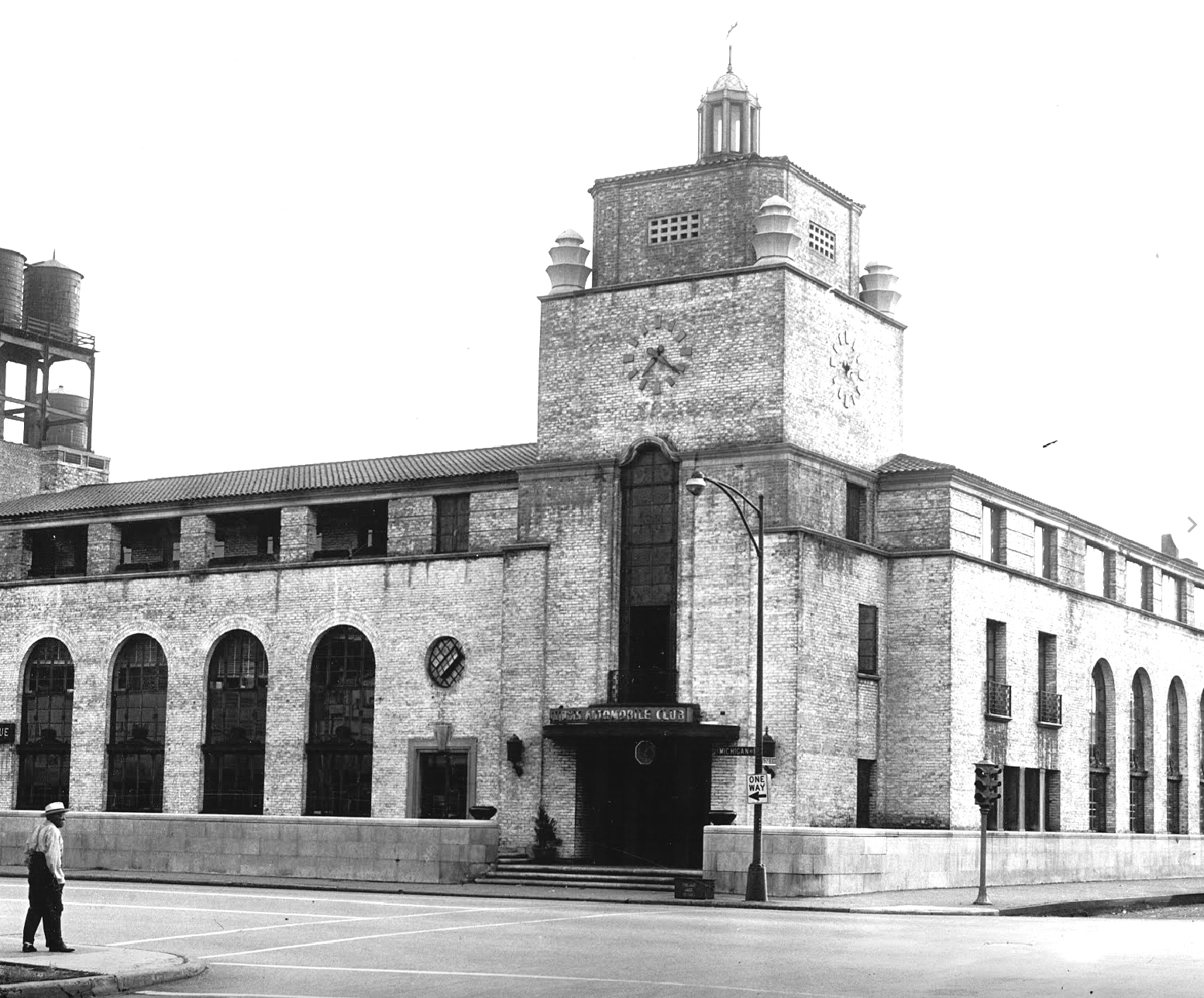 The Illinois Automobile Club building at the time the Chicago Defender bought it. 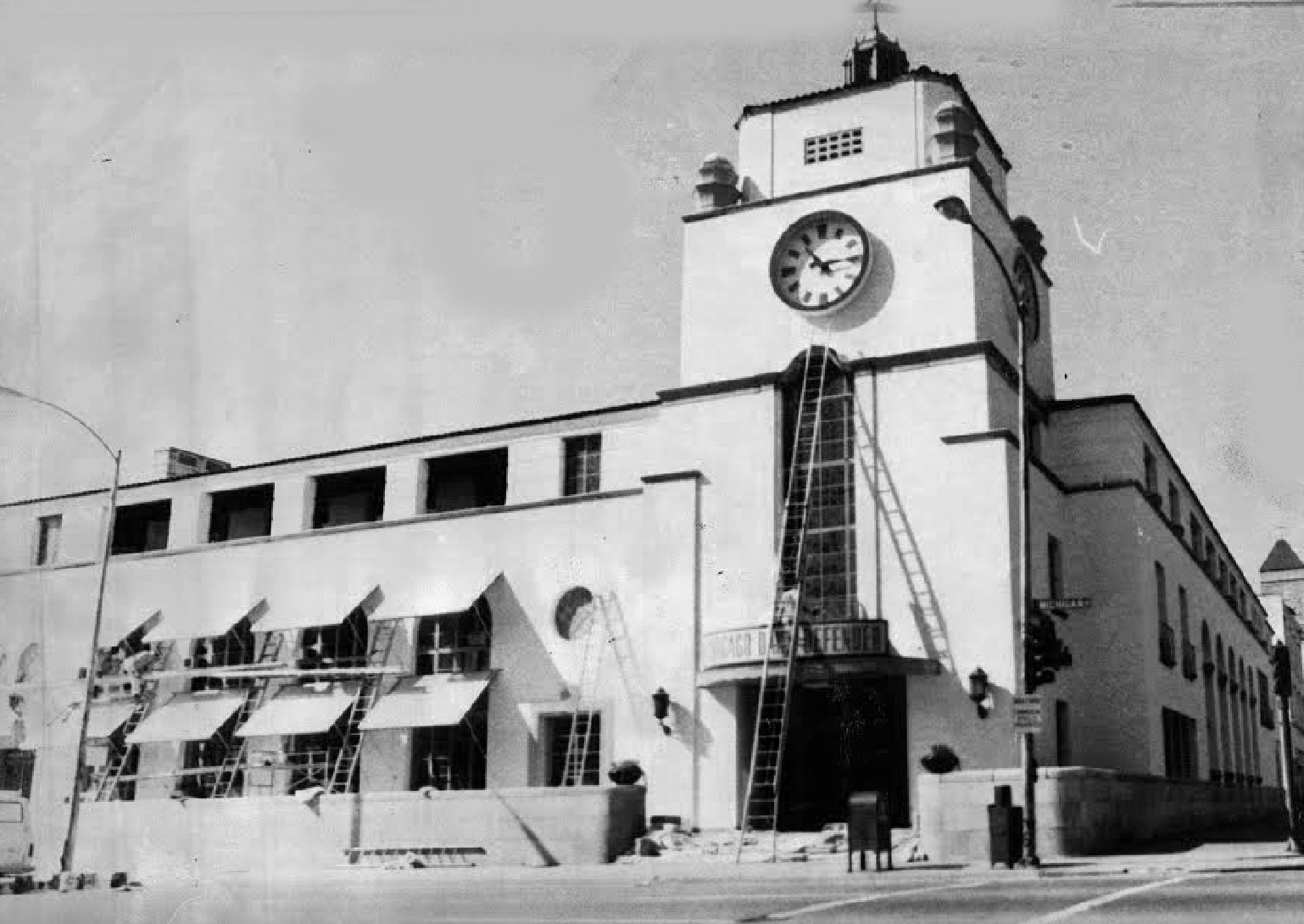 The building during the 1960 renovation by the Chicago Defender.

By Micah Maidenberg
After sitting empty for years, the historic former Chicago Defender building in Motor Row has a new owner and a new tenant.

Ventures led by Chicago developer Alexander Pearsall paid $6 million for the newspaper’s former headquarters at 2400 S. Michigan Ave., an adjacent land parcel and small commercial buildings to the west and south of the Defender building, a city landmark, according to county records. The Pearsall ventures bought the properties from two investor groups led by Chicago restaurant operator Matthew O’Malley, the records show.

The sale and lease are good news for Motor Row, which city planners want to transform into a thriving nightlife and dining district fueled by spending from conventioneers at nearby McCormick Place. Such plans are mostly stillborn at this point.

Mayor Rahm Emanuel and other public agencies have bet big on the area, agreeing to subsidize development of a proposed 10,000-seat arena for DePaul University and a 1,200-room hotel, both near the convention hall.

While the publicly backed projects are in the works — and in court—several other private developments, including a Cheap Trick nightclub, have yet to get off the ground.

Revel’s space could anchor the southern end of Motor Row and draw in conventioneers by showcasing the former Defender building’s unique history, said Charles Johnson, president and CEO of C.H. Johnson Consulting Inc., a Chicago-based tourism and hospitality consulting firm. But Motor Row has yet to “pop” like the West Loop, Mr. Johnson said, creating a challenge for the firm.

Area Doesn’t Have “Warmth” Yet.
The neighborhood has “no warmth to it yet. They’re going to have to focus on the inside (of the building) rather than sell the district,” he said.

Revel Group’s Ms. Whitfield acknowledged Motor Row is still transforming, but she believes the market already exists for a new events space in the area.

“There is a very big desire for groups coming into town for shows to stay as close as they can to McCormick Place,” she said.

Ms. Whitfield envisions CEOs, for example, in town for a week for a convention staying in the ex-Defender building and using rooms in the property to hold off-site meetings.

The former Defender building, a block west of McCormick Place, will be brought back to its original glory, Ms. Whitfield added, with a careful focus on restoring the property’s woodworking, stained glass and architectural details.

Revel plans to create a range of meeting spaces in the three-story building, including small rooms for breakout sessions, larger conference areas and even four or five “sleeping rooms” on the third level.

The firm will showcase an outdoor courtyard area in the middle of the U-shaped former Defender building. Leasing the building at 2412 S. Michigan gives Revel additional space options, added Ms. Whitfield, who co-runs Revel with Clint Paton, an executive at the firm.

Founded in 2007, Revel creates events for clients like the University of Chicago, the Lincoln Park Zoo and private companies. Following its acquisition of a catering company, the firm has more than 90 employees and expects revenue to hit around $25 million in 2014, Ms. Whitfield said.

Mr. Pearsall did not return calls. 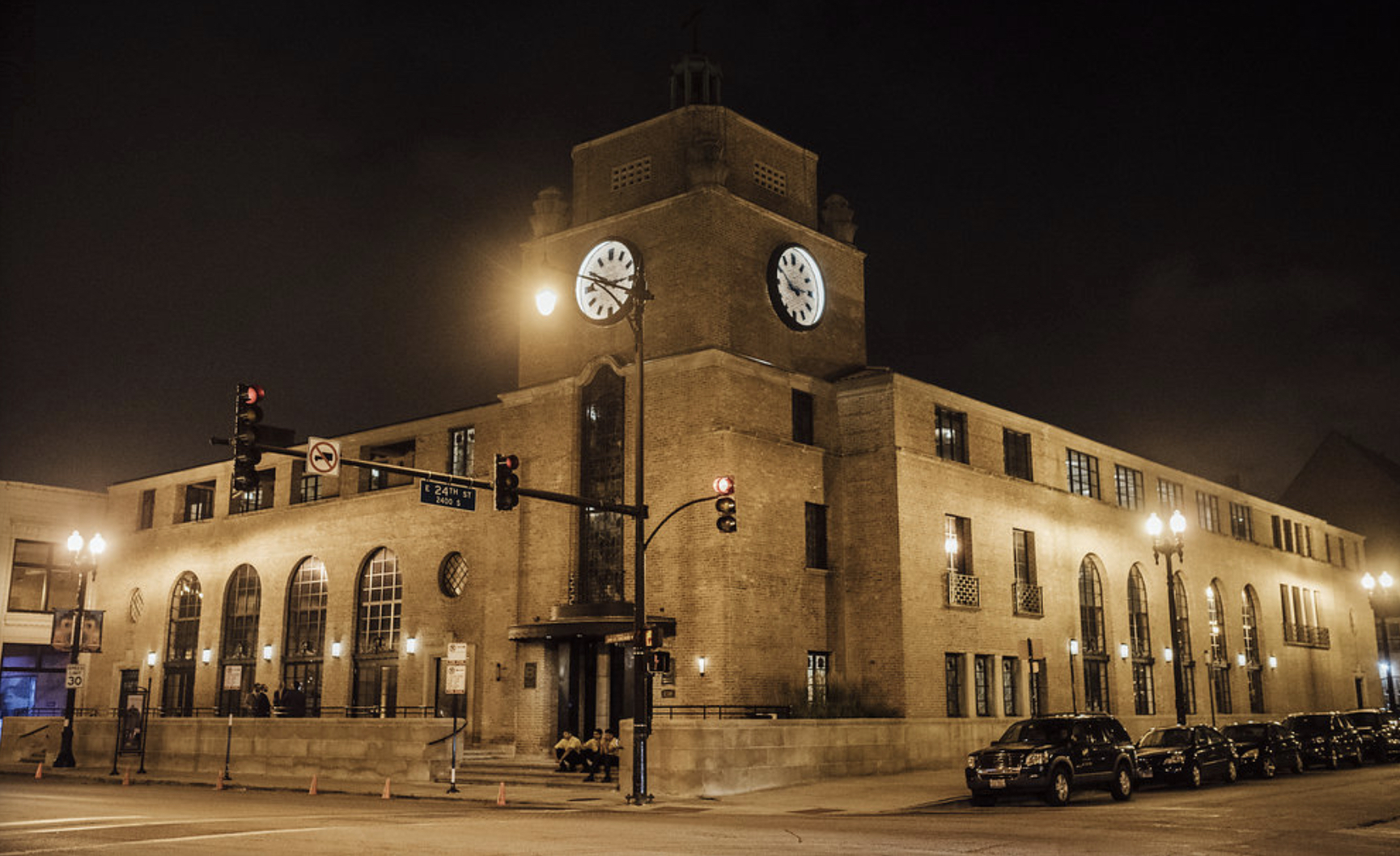 Sale Solves Legal Hurdle.
The sale of the Defender building, meanwhile, has solved a legal hurdle for Mr. O’Malley, an owner of Chicago-based Mainstay Hospitality LLC, a restaurant group that owns the Chicago Firehouse Restaurant in the South Loop.

Mr. O’Malley did not return calls. An executive at Northbrook Bank & Trust Co., which held the loan on the Defender building, also did not return a call.

It’s unclear how much the Chicago pension plans received following the sale. Derrick McGavic, principal at Skokie-based Newport Capital Partners LLC, which is now serving as general partner for the fund, did not return a call.

Designed by architect Philip Maher, the art deco former Defender building was built as the Illinois Automobile Club in the late 1930s, according to a city report about historic properties in Motor Row.

In the late 1950s, John Sengstacke, the nephew of Defender founder Robert Abbott, moved the African-American-focused newspaper to 2400 S. Michigan Ave., where the firm stayed until 2005, when the paper moved downtown.

Five years ago, the Defender moved back to Bronzeville.