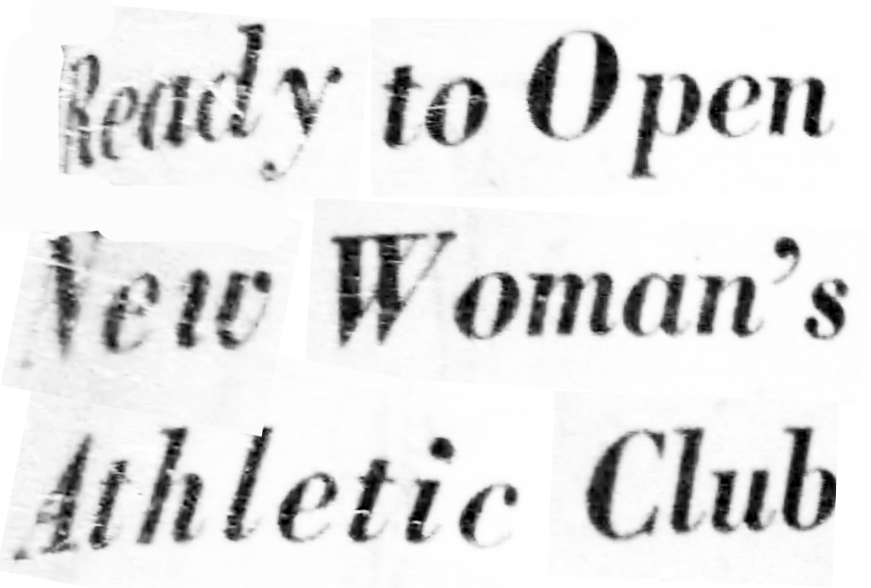 Chicago’s representative clubs are not certainly covering themselves of the the glory of new, handsome meeting places. Just think of the organizations that have in the last year completed structures. There is the Tavern, the Casino, the Chicago Woman’s Club. The new Woman’s Athletic Club which opens its doors tomorrow with reception for the membership, has been pronounced by critics to be architecturally and decoratively superb.

The committee on decoration for the Woman’s Athletic Club, including Mrs. Hudson, as chairman, Mrs. Brower, Mrs. William Sherman, Mrs. Frank P. Graves, Mrs. Nelson Pelouze, and Mrs. M. Clement have worked long and carefully over the beautiful interior of the new building at Ontario and Michigan avenue, and yesterday “Mere words are inadequate to describe the extensive delights of the new building.” 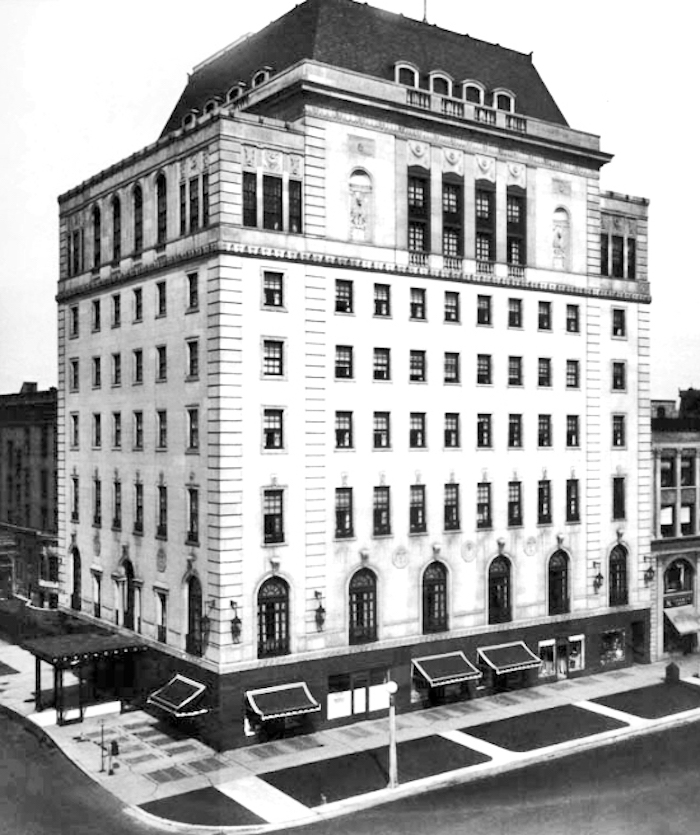 One of the outstanding features are an immense living room on the second floor, done in the early eighteenth century Georgian manner, in gold, and blue tones, with rich drapes and upholstering, and the foyer with the high arched doors and windows; the glorious swimming pool; several modernistic dining rooms and a large ballroom on top of the seven floors. There is a friendly library, erected in pine, with a Sir Peter Lely portrait over the fireplace, and lovely chairs, covered in mulberry linen; a card room, and a dressing room, moderne in rose and silver; also on the second floor. The main dining room is expansive of bright with apricot walls, rose color drapes, and crystal fixtures. The “personal service” floor is fitted with massage, shampoo, and manicure accommodations, a gymnasium is to be developed with electric horses, and the latest of that sort of contraptions, and a tiny tearoom. 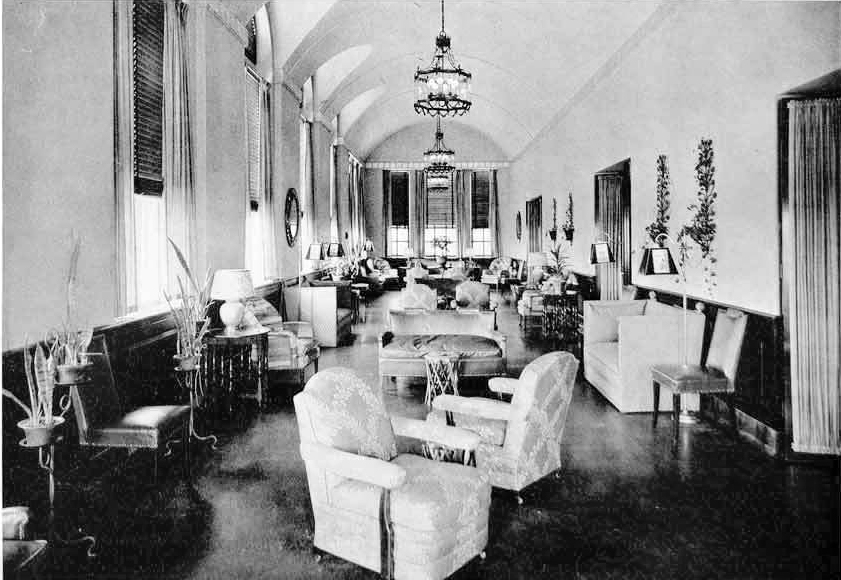 Women’s Athletic Club Solarium
The solarium of the Woman’s Athletic Club is on the seventh floor and faces south. In front of the green Venetian blinds are coral, gold and green gauze curtains.

There are bedrooms for suburban members who care to “stay in town and dinner,” and extensive dressing area on the floor below the ballroom, which will doubtless be much in demand for the grandest of the future. One of the chief prides of the designers is the small modern dining room with silver and green walls, silver gauze curtains with glass tie-backs; an ebony table, and a rug with a Chinese pattern.

All the lower halls are papered with a gold and white figured eighteenth century paper, and the ballroom with its dull blue velvet benches. Throughout, the architectural designs have been strictly adhered to, and there are hundreds of rare bibelots to enhance the deneral scheme, so, that with the opening tomorrow the place is to be complete in every one of countless ways. 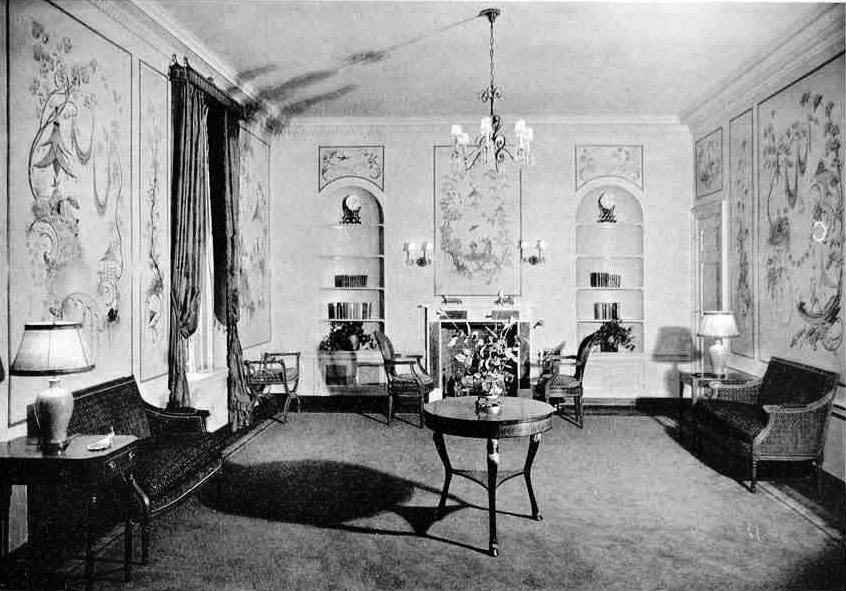 Women’s Athletic Club Reception
The Reception Room walls are done in eighteenth century Pillemont design after the Chinese. In his paintings, executed on canvas, Constant Alex, the artist, brings out the gold, green and henna colorings predominating in the club. 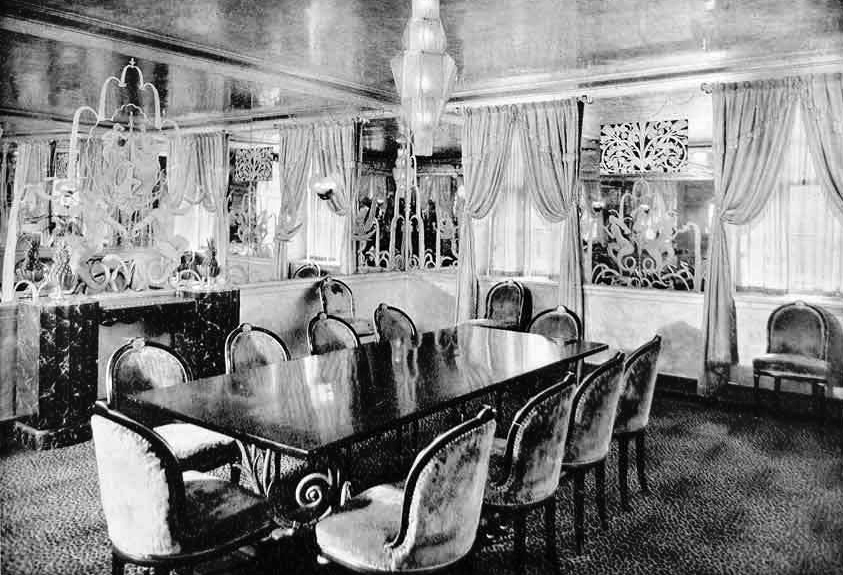 Women’s Athletic Club La Mode Moderne
For this private dining room, Carl Hollem has painted the mirrored walls in silver and green. The cloth of silver drapes from crystal rods and the ebony and silver chairs have beige plush coverings. 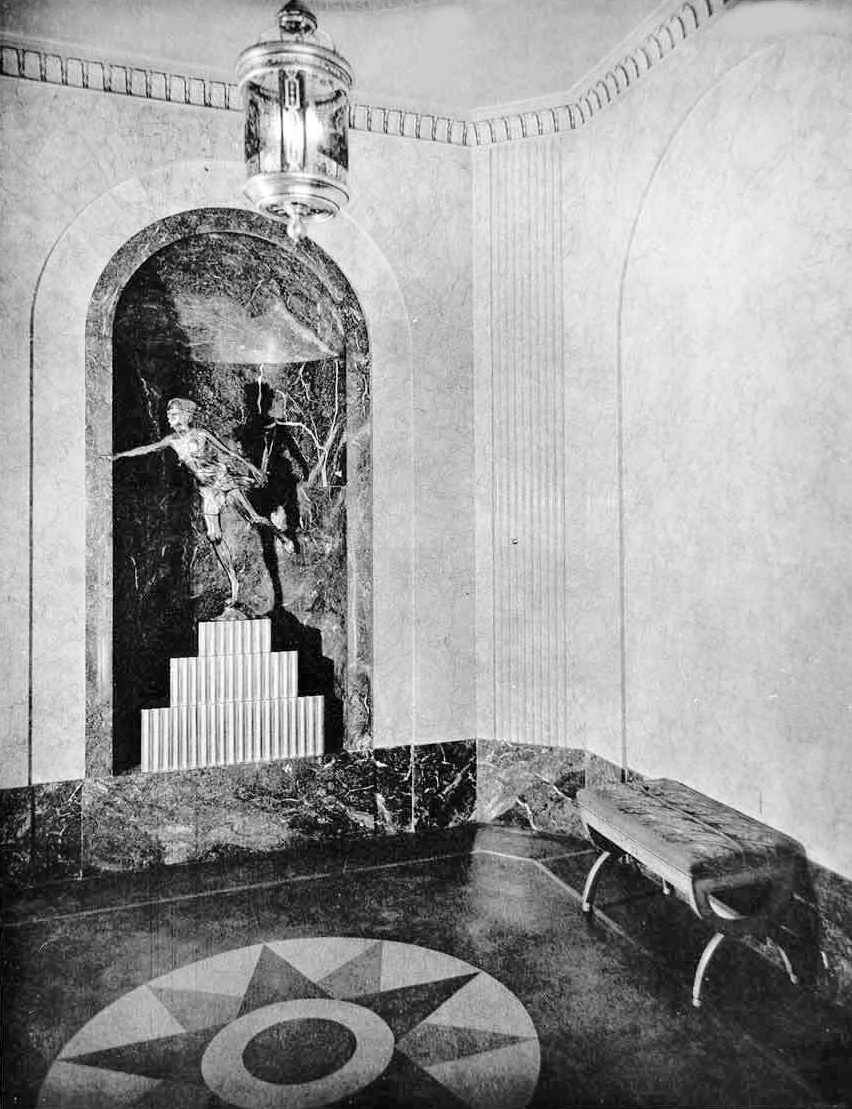 Women’s Athletic Club Entrance
With Modern Sculpture as the Keynote
For the entrance of the new Woman’s Athletic Club in Chicago, Walter Williams has done a figure of the present day girl in chromium plate. The walls are fleur de rose marble and the floor dark green marble with a star in darker shades of rose. 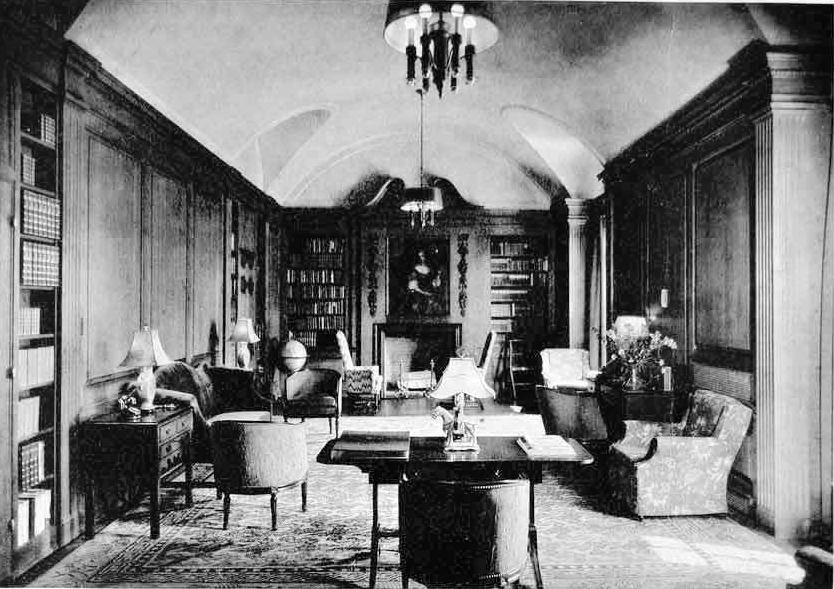 Women’s Athletic Club Library
The soft blue green and browns blend with the pine paneled walls.
Over the mantlepiece is a Sir Peter Lely portrait and the needlework on the chairs is an old Austrian design. The rug is antique Chinese.