In 1911, at a cost of several million dollars, a 15-story beaux arts palace was built in the same place, using the firm of Holabird and Roche to design the 757-room hotel.

The new Sherman House maintained its reputation as one of the city’s finest hotels right up into the 1950’s when the luster began to fade. The 1910 building was razed in the early 1950’s, and the annex of 1925 lasted until 1973, when it, too, was demolished to make way for Helmut Jahn’s State of Illinois Building, now the James R. Thompson Center. 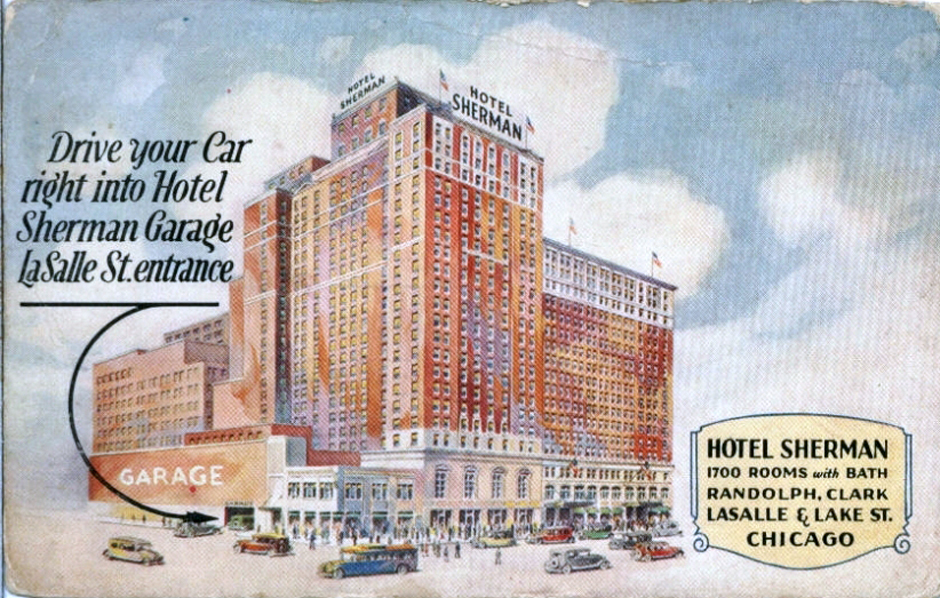 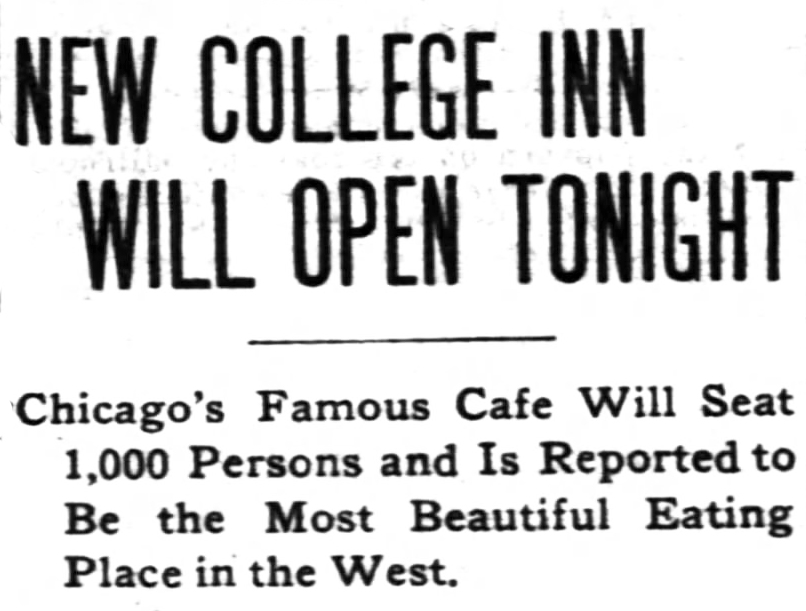 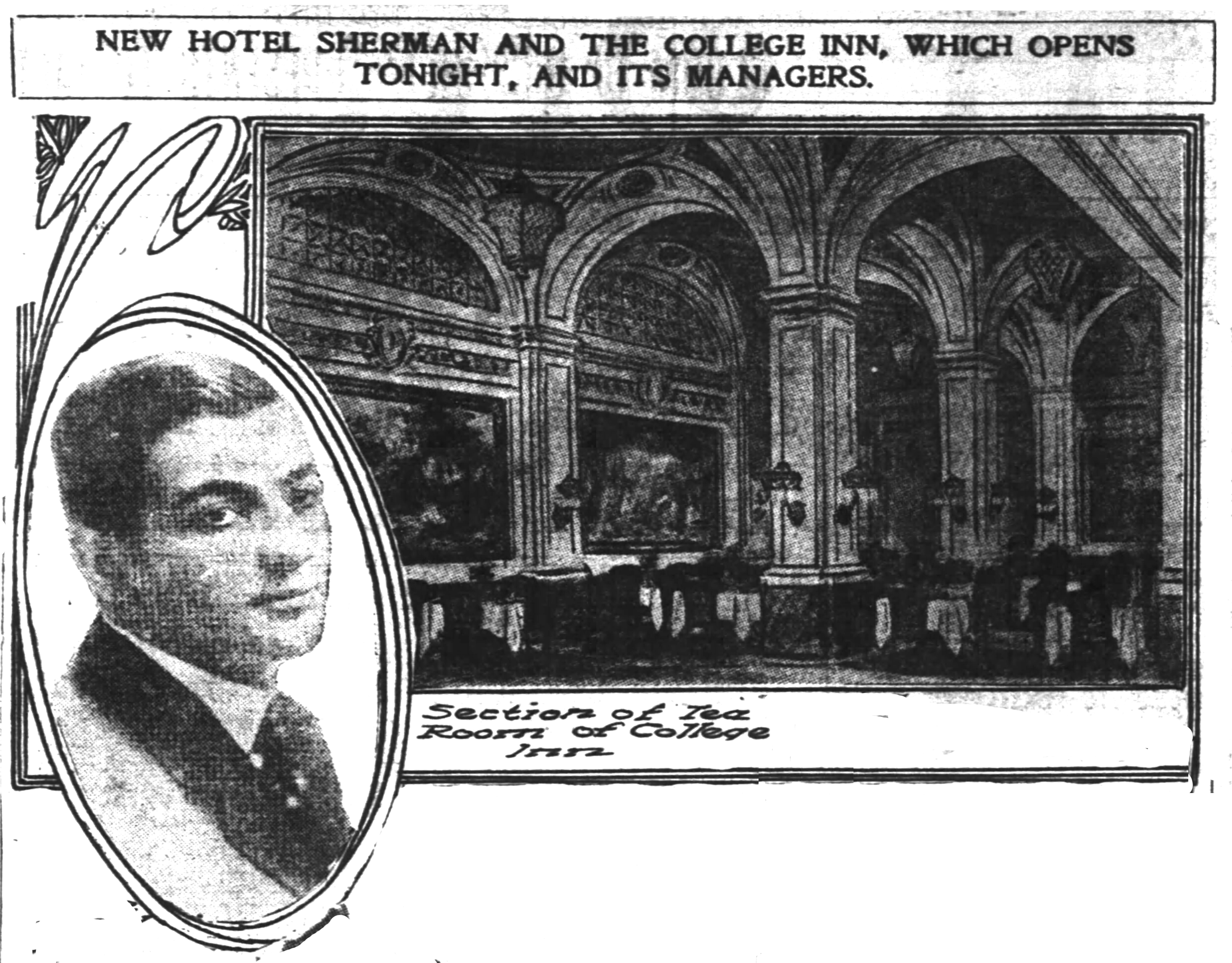 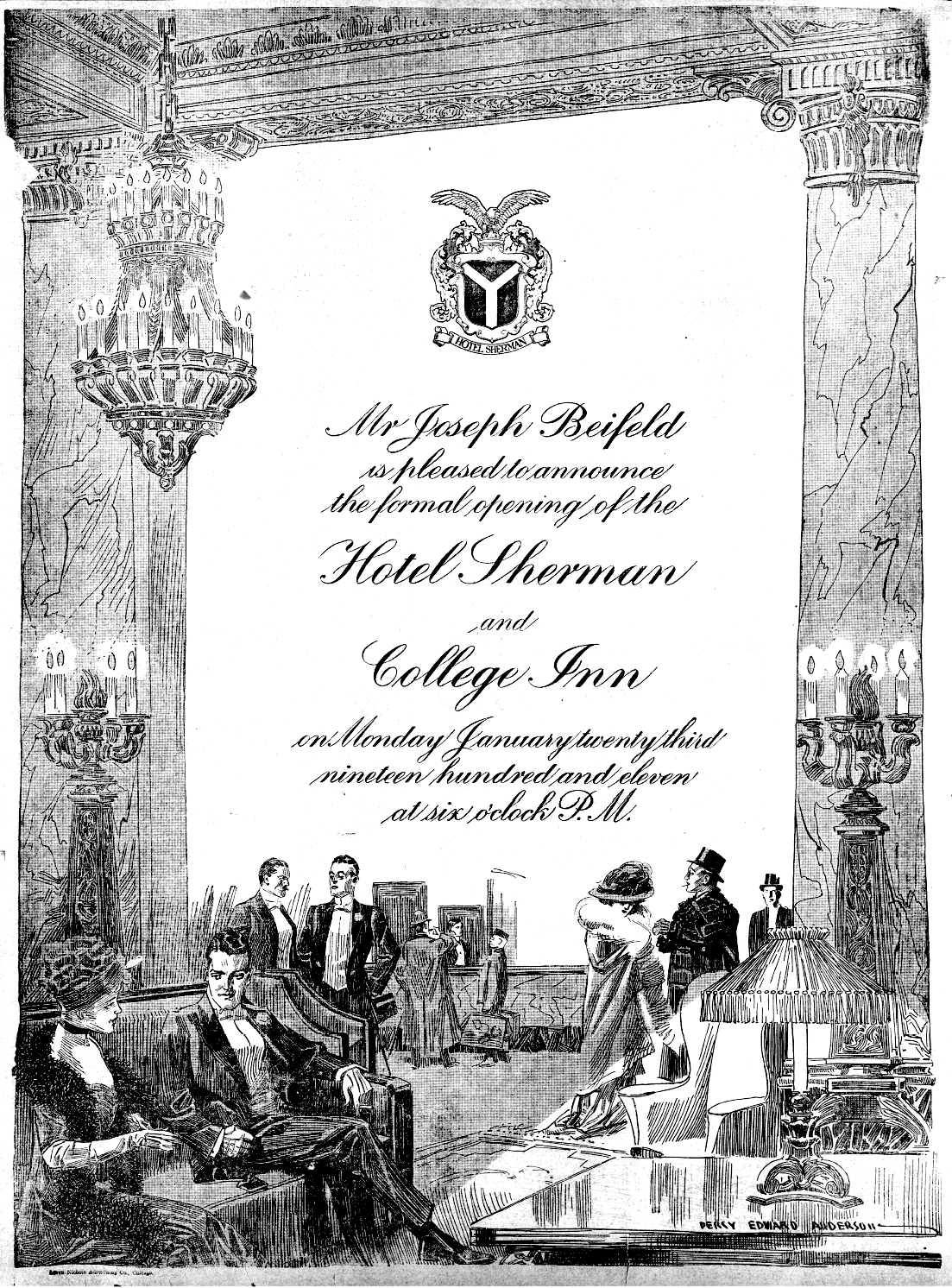 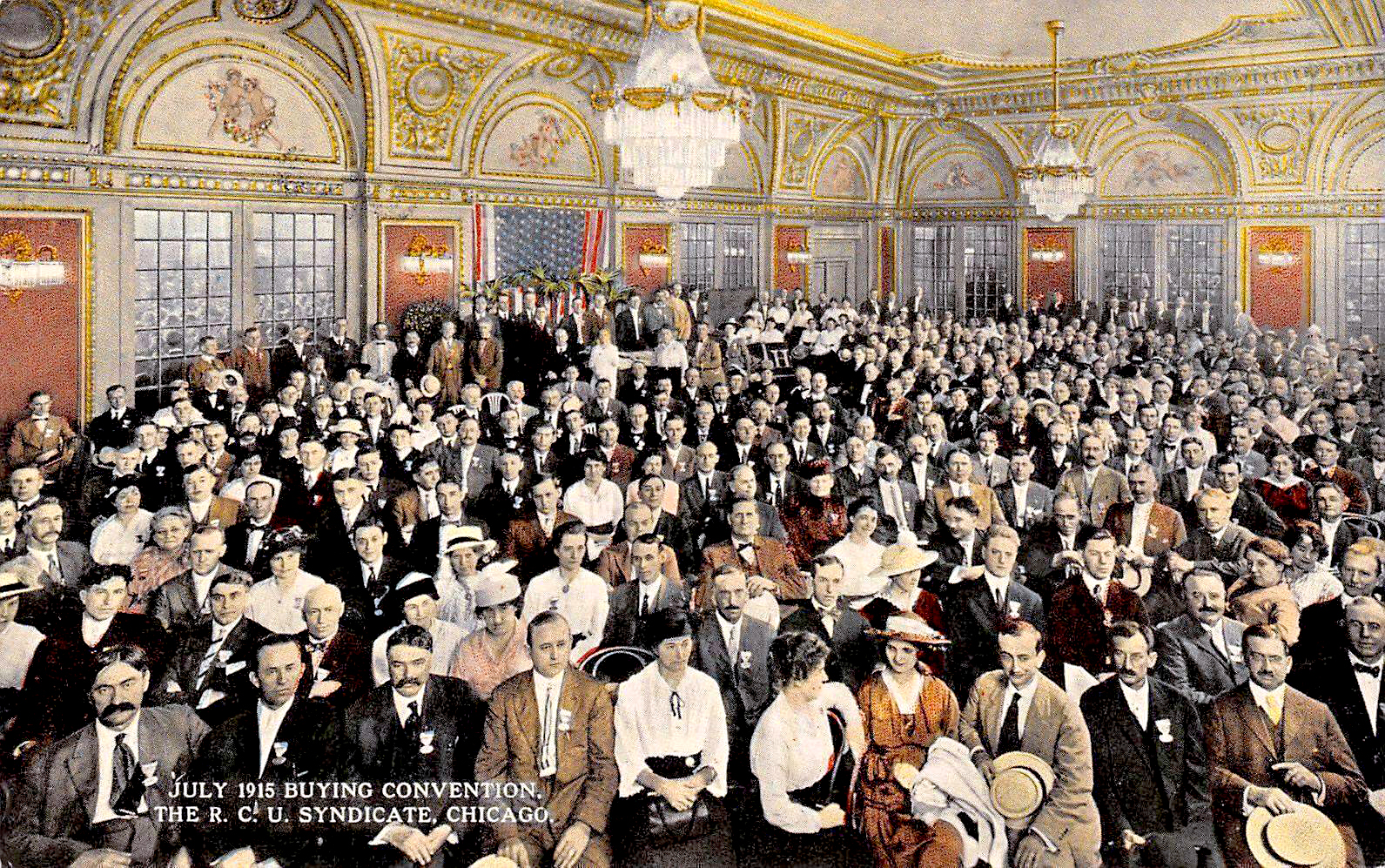