Here is what some Manhattan architects believe will be the most beautiful bit of factory architecture in the world. It’s the Lakeside plant of the R. R. Donnelley & Sons company, at the southeast corner of Calumet and 21st, extending east to the Illinois Central right of way. Work is now under way on a six story addition on the 21st street side, which will include a tower much taller than shown.

The section on Calumet, shown on the right of the above picture, containing the two-story entrance, probably won’t be built for several years. The part now building will cost $700,000. The completed structure, shown above, will front 375 feet on Calumet and 250 feet on 21st. It will go to within fifty feet of 22d street. Howard Shaw is the architect.

A feature new to Chicago and originated, it is said, by T. E. Donnelley, will be fire escapes hidden inside fireproof tower section at the corners of the building and not noticeable from the street. In order to get to them, persons must go out of exit doors to an outside platform and then back in the tower by another door. In this way no smoke can get into the tower. 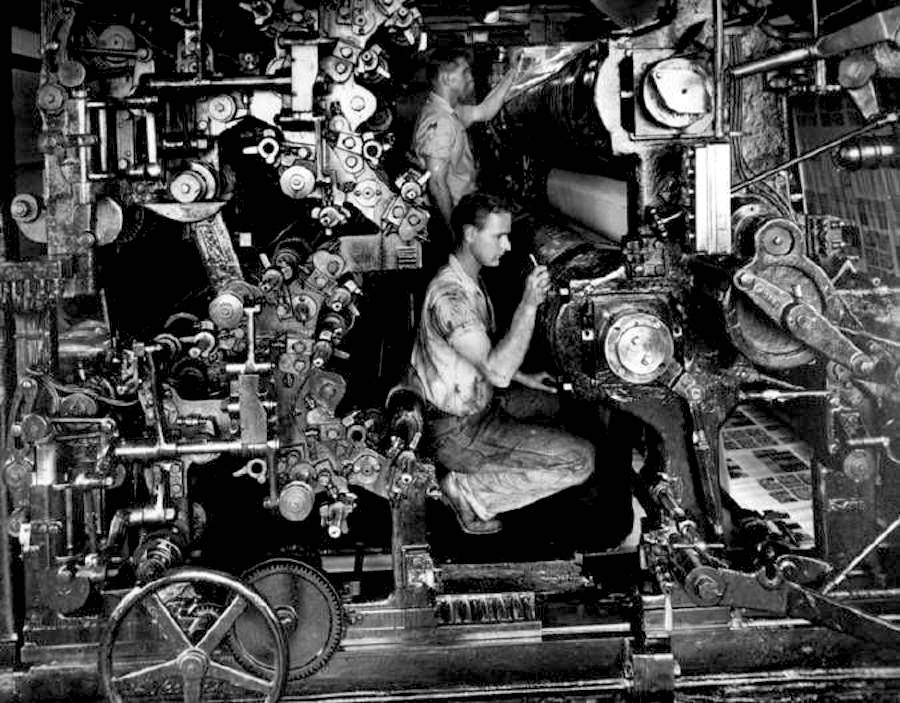 A pressman working inside a printing press, 1942. 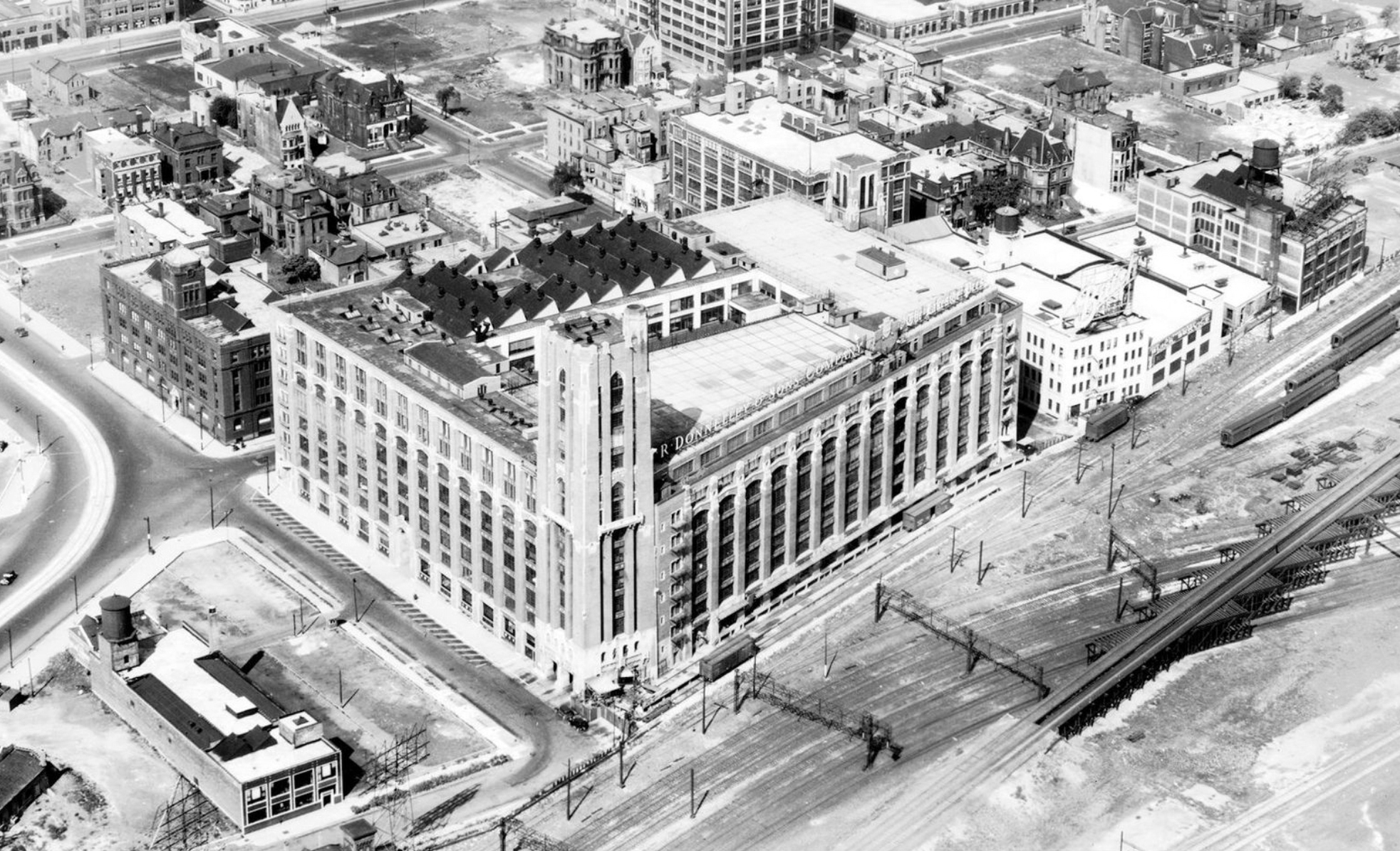