Final signatures were affixed last night to a contract for the sale of the southwest corner of Michigan and Jackson boulevards by the Levy Mayer estate and Edwin F. Meyer, for approximately $4,50,000, to S. W. Straus & Co., Chicago and New York bankers.

On this site, instead of the twenty-one story Stratford office building planned by the late Levy Mayer to supplant the old Stratford hotel, recently wrecked (May 1), Straus & Co. intend to erect an $8,000,000 office building, which may climb to 500, or possible 600 feet, if the proposed setback building height ordinance is passed. 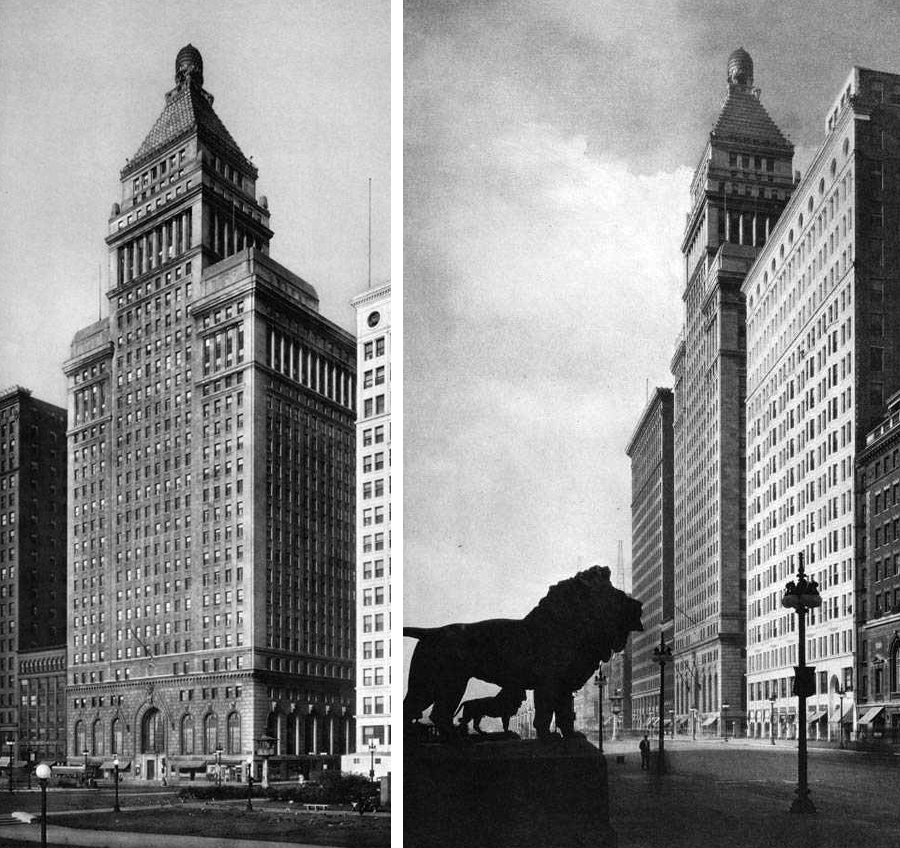 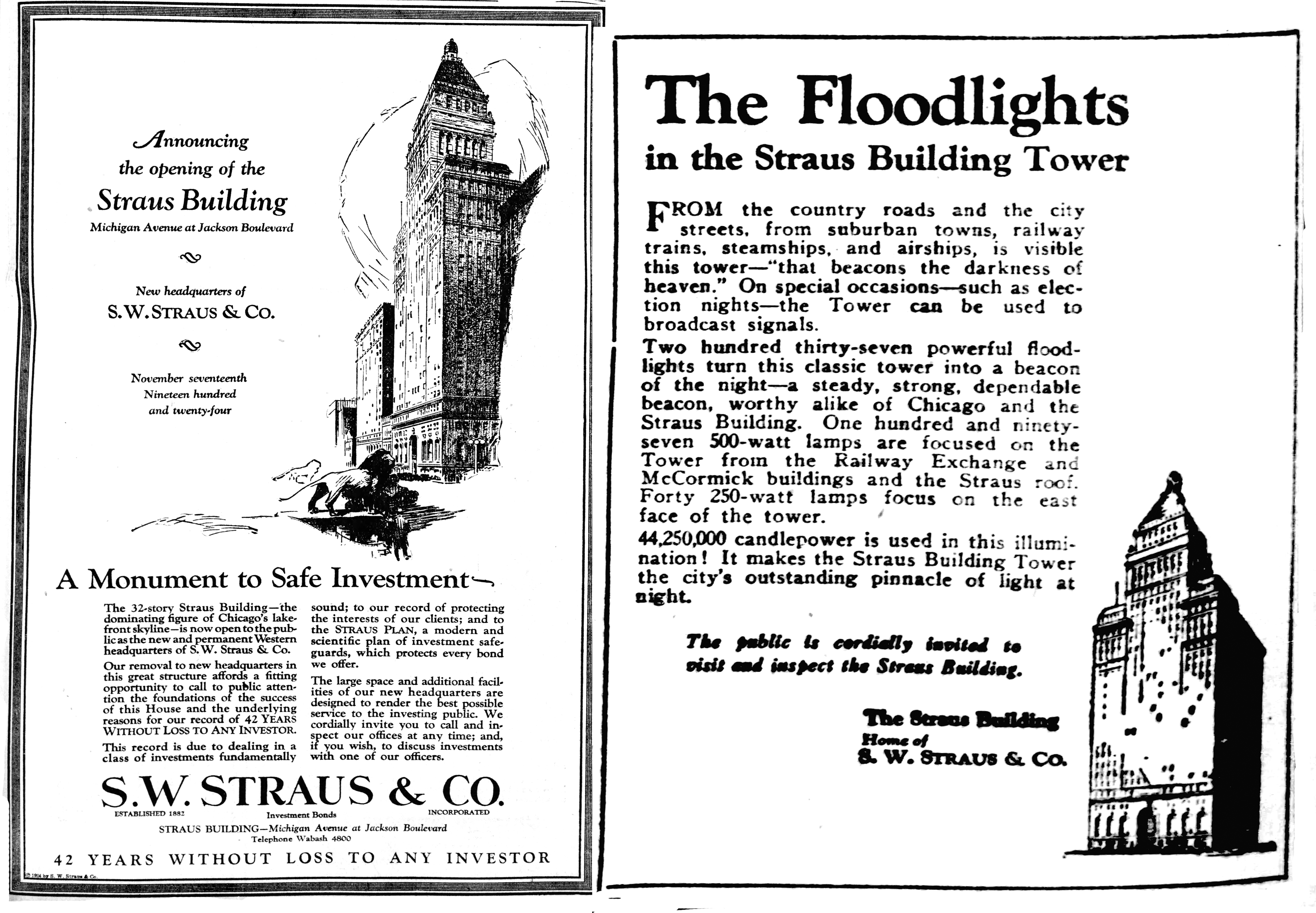 The new Straus Bank building, at South Michigan and Jackson, will repay a visit. The main bank room is said by critics to be one of the finest rooms of its kind in the country. Of striking beauty and dignity, it is a real addition to the artistic resources of the city and an example of what can be done to make the modern place of business something finer than a mere place of utility. 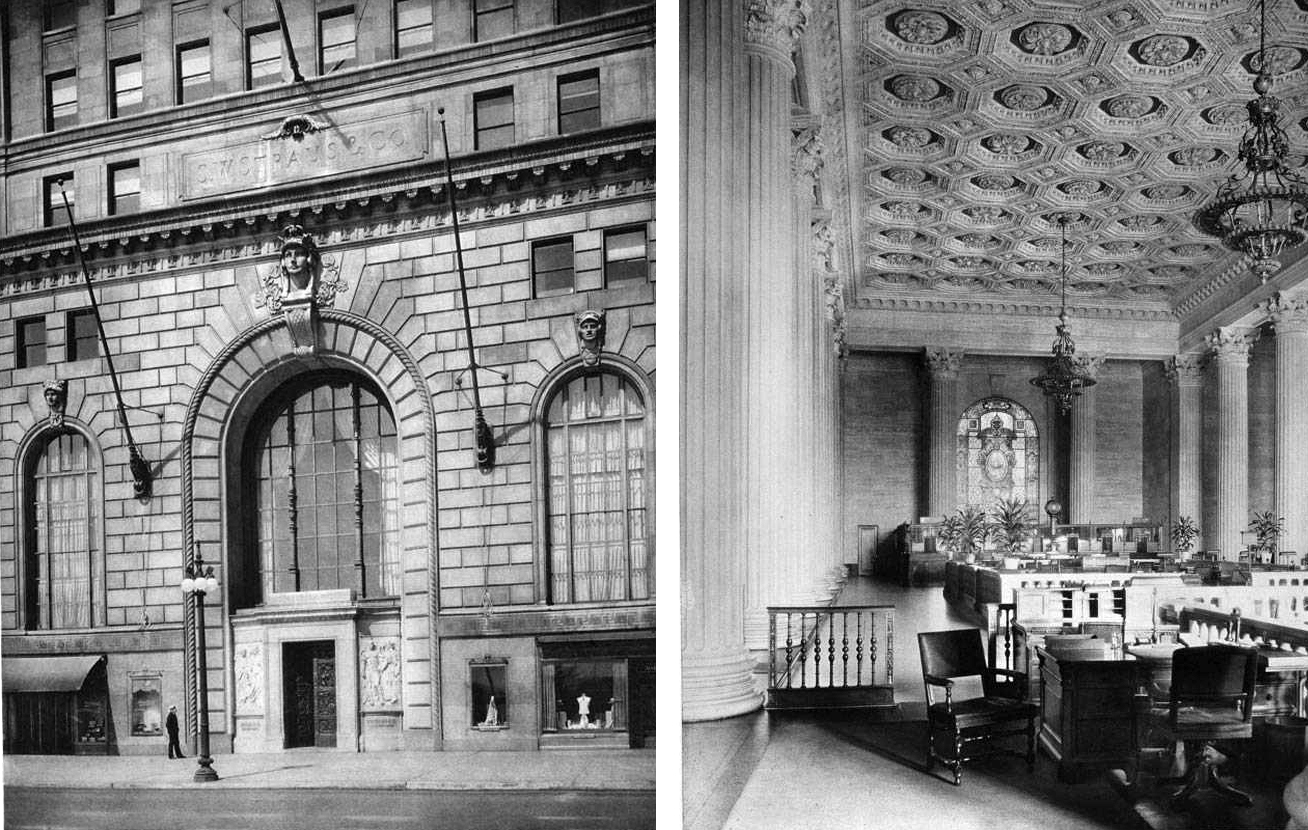 This tendency to rear buildings which are primarily for practical service yet beautiful in design and decoration is vitalizing American architecture. The American people are sensitive to beauty, but their genius is eminently practical and when art allies itself to business it is not cheapening itself but entering the powerful current of our energy to the profit of both beauty and utility. The real contributions of American architecture to the world’s culture are going to be made, we think, in the main stream of American life, not on some esthetic margin of academic beauty. Great business blocks, railway stations, bridges, even factories, are becoming works of art, as well as colleges, hospitals, libraries, theaters, and public edifices. New York already possesses some of the triumphs of modern architecture, and it Is encouraging to note that the inspiration is not lost in Chicago.

We congratulate the Messrs. Straus on their fine contribution to the city’s beauty, so creditable to their own taste and public spirit. The room especially referred to was the work of Mr. Charles Duffy, engineer of the Straus company, and thb building as a whole was designed by Graham, Anderson, Prbit &, White. 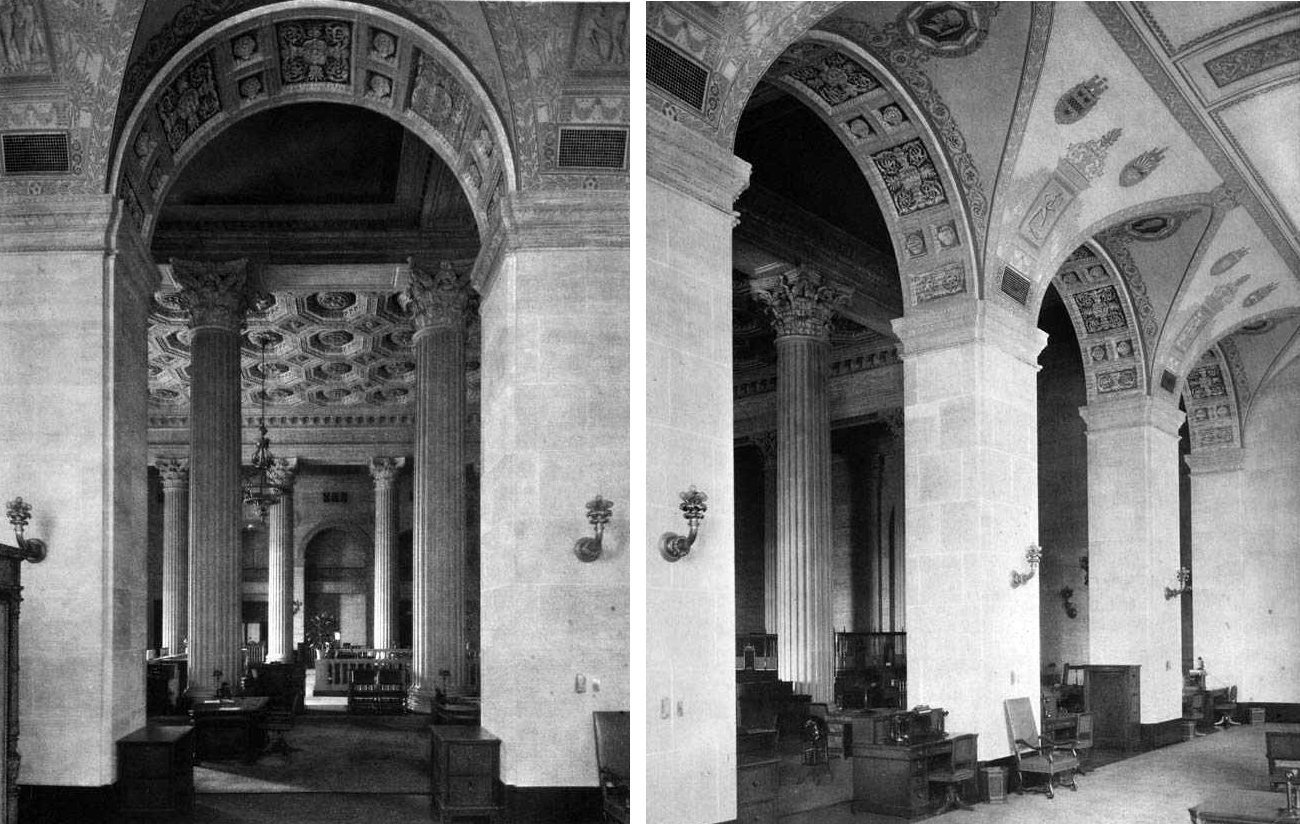 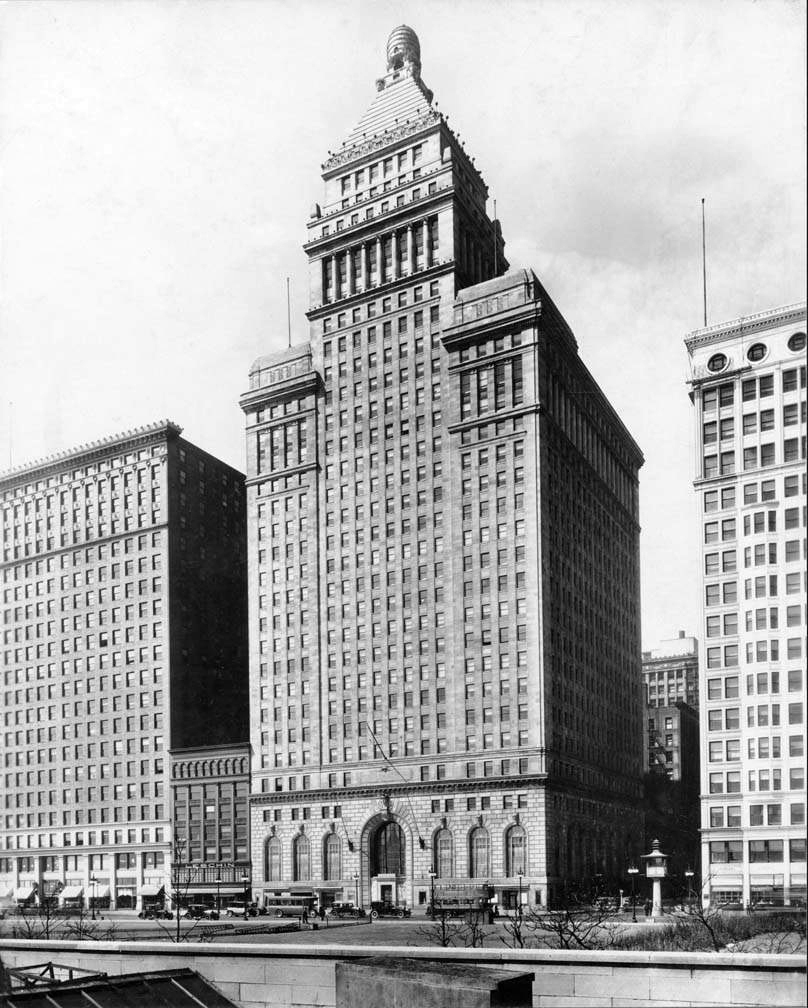 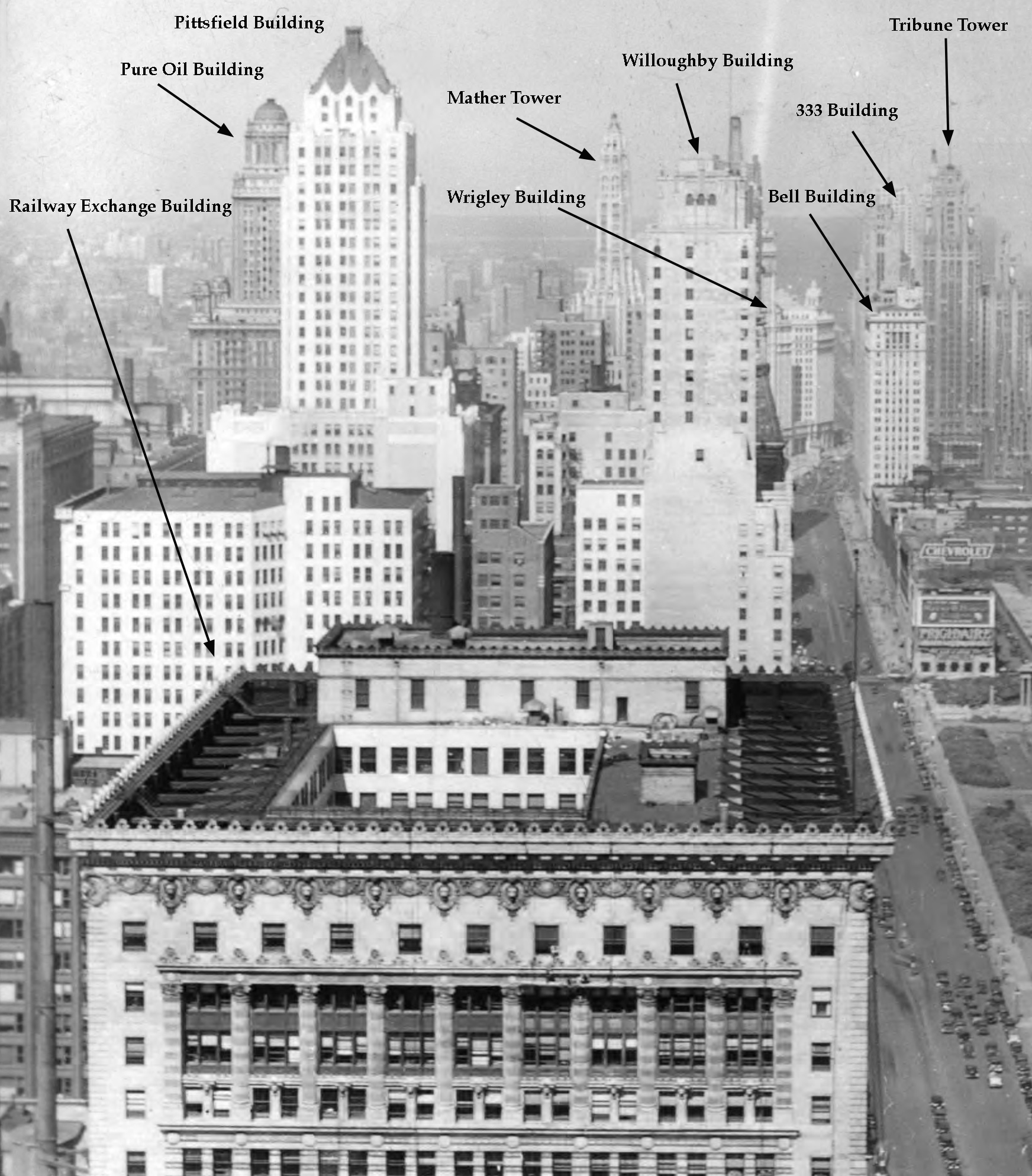 View from Straus Tower in 1929 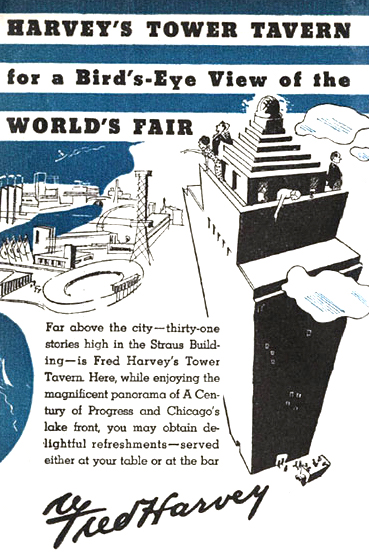 The Straus Building and the Chicago Temple were the first to take advantage of the 1923 zoning ordinance; before then, no building in Chicago could be taller than 260 feet. It was built on the property formerly held by the Stratford Hotel.

The structure is surmounted by a glass enclosure, shaped like a beehive, which originally housed beacons pointing to the four points of the compass. These were replaced in 1954 by the present intense blue light so familiar to Chicagoans.

The building is now called Metropolitan Tower, was previously called the Britannica Building from 1980 to 2004, and was the Continental National Insurance Company Building before. 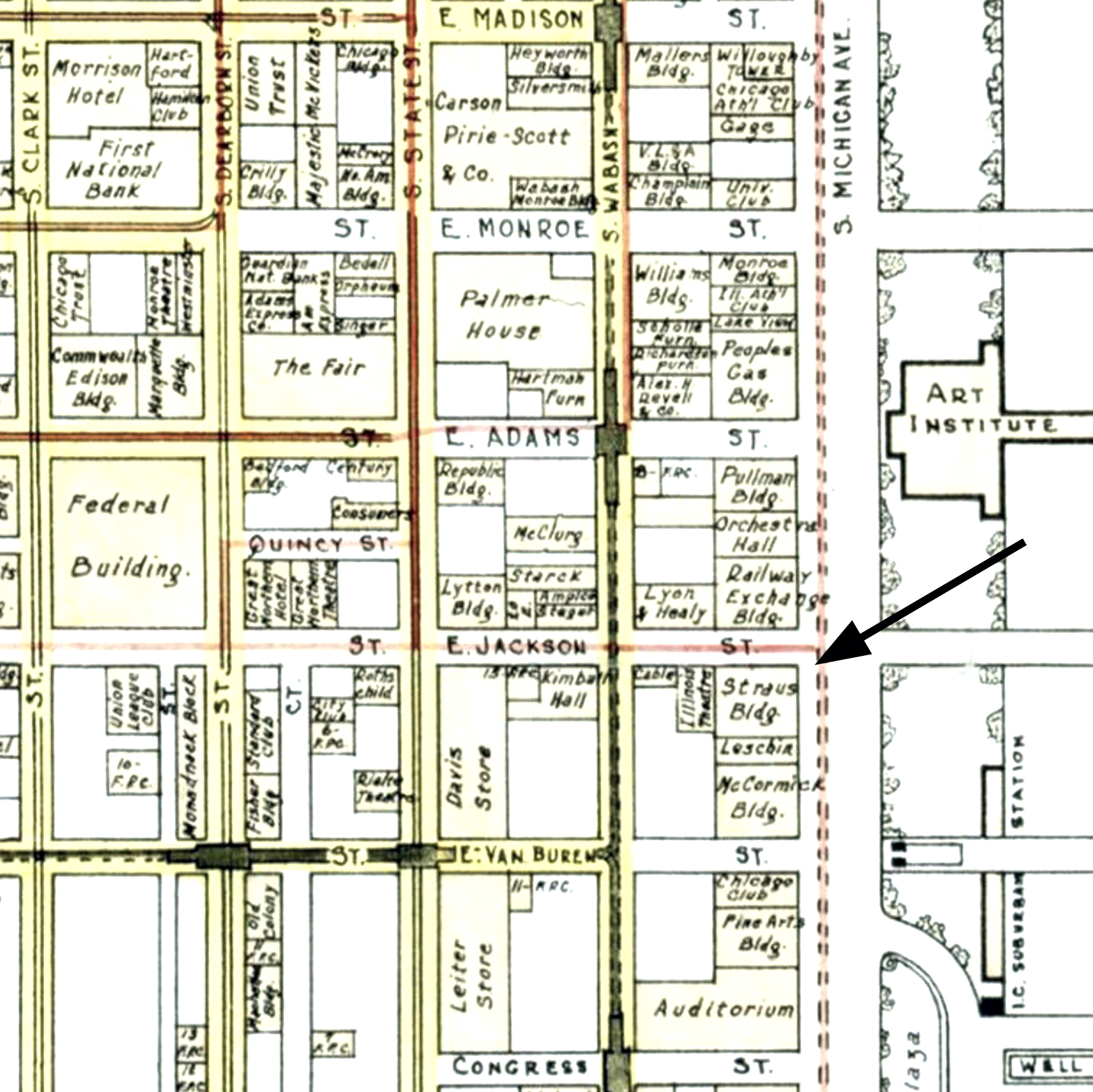