C. C Heisen. a pioneer in Dearborn street office building construction, is erecting a twenty-two story office building at the southwest corner of Dearborn and Harrison streets, the cost, including the land, being $3,000,000.

TRANSPORTATION (Heisen) building, at 608 S. Dearborn street, on the southwest corner of W. Harrison street, built in 1911, is 22 stories high, with one basement, on rock caissons. Fred V. Prather was the architect. 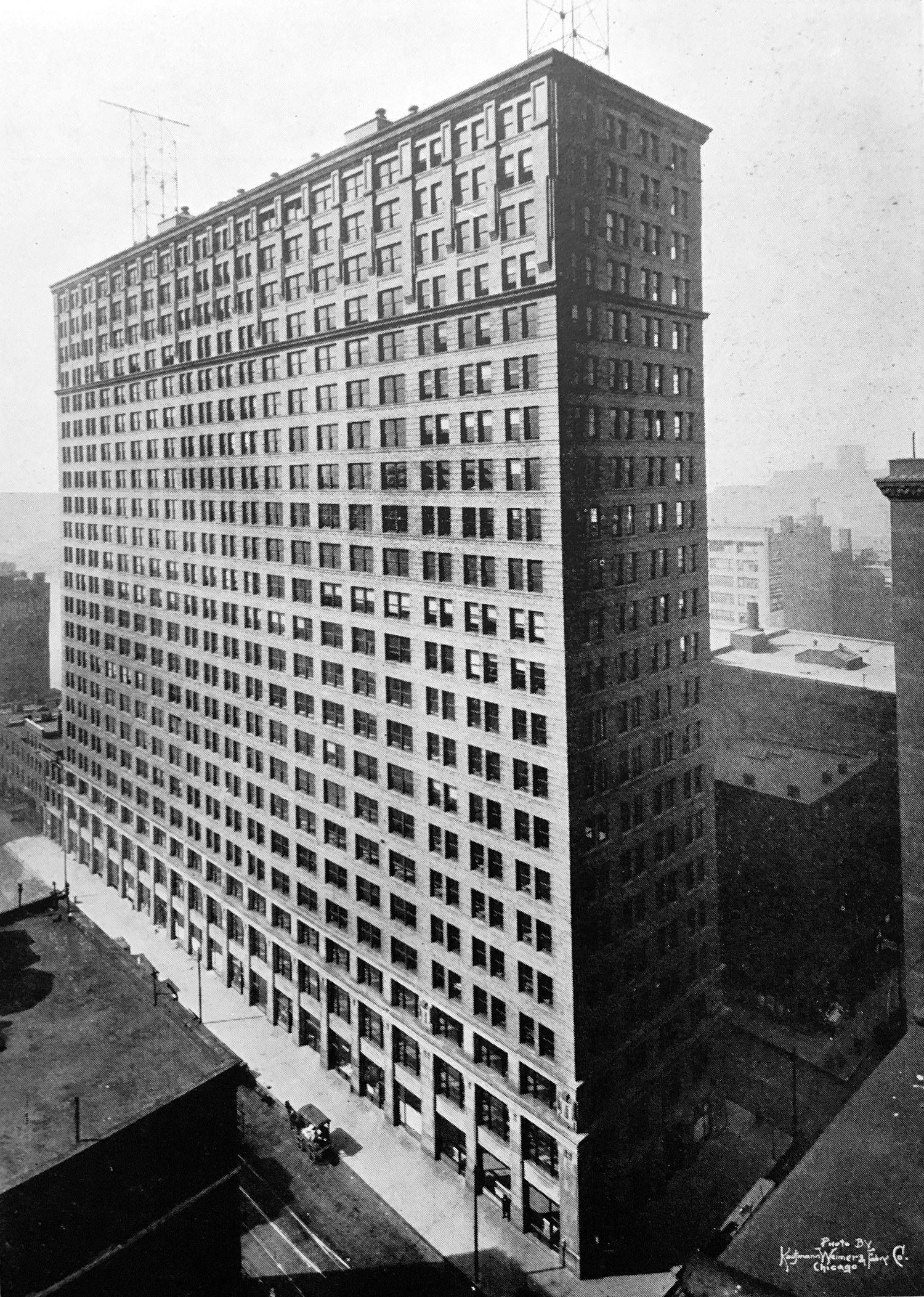 The Chicago Telephone Company has declined to put telephones in the new Heisen building, now nearly completed at Harrison and Dearborn streets. The company s refusal is based on a fear of becoming involved with the electrical workers’ union, which has been at outs with C. C. Heisen, owner of the new skyscraper.

As a result Mr. Heisen and Charles Scribner’s Sons, publishers, who are tenants of tho Helsen building, petitioned the Superior court yesterday for a writ of mandamus to compel the company to install telephones on the twelfth floor of the new structure.

Company’s Duty to Public.
It is understood that the suit in court will argue that under the telephone company’s franchise from the city it is compelled to furnish telephone service to all customers, irrespective of whether the fulfillment of such prescribed duty will be pleasing to this or that labor union.

B. E. Sunny, president of the telephone company, saId last night that his company was willing to install the instruments, but that Electrical union No. 184, with which the company had a contract, would not furnish the workmen. 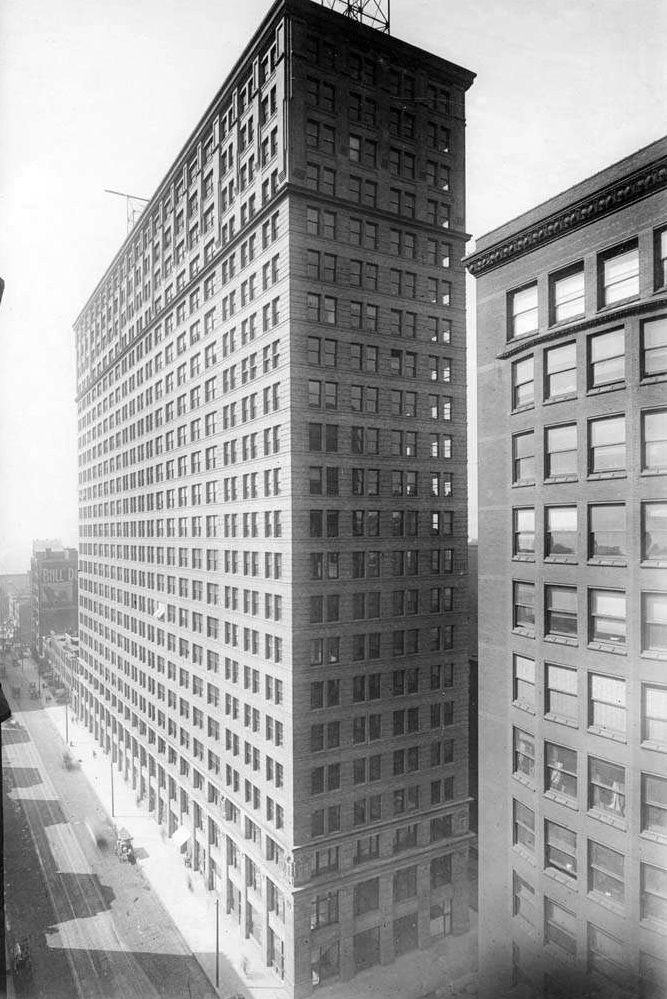 Company’s Duty to the Public.
Mr. Sunny was asked:

Is it not a fact, and also is it not the theory on which you operate, that the company’s franchise makes it obligatory on the telephone company to furnish equal service without discrimination to all customers?

The company and the union have a contract that the union shall install all telephones in buildings under construction. The reason the union will not furnish us workmen to put telephones in the Heisen building is because of trouble between Heisen and the electrical union.

Will Press Case in Court.
Mr. Heisen contends that this is no excuse for the public service corporation to supply service, and he will press the matter in the courts, He says the telephones now in use in the building were installed by non-union electricians. He adds that before any telephones had been installed he wrote to J. M. Boyle, business agent of the electricians, and demanded that the union supply him with workmen for the installation of the instruments.

“I learned that Boyle served notice on the telephone company to the effect that if it even furnished the telephone instruments for my building he would call a strike of all electricians in the employ of the company,” said Mr. Heisen.

The complainants’ petition alleges that they communicated with Mr. Sunny and demanded that he order the telephones installed. They assert that their demands were denied,

Trouble Began Last Spring.
Labor trouble on the building began early last spring when the steamfitters and plumbers first engaged In their dispute. It was the scene of many labor and several riots. Jobn Ramler, a steamfitter, was shot and almost killed during one of the battles between members of his union and a crew of gunmen,

Mr. Heisen said last night that labor trouble had cost him $143,000. He attributes the present difficulties to the trouble between the steamfitters and plumbers, The electricians’ union was the only building trade organization that sympathized with the plumbers. The other trades supported the steamfitters.

The Heisen building will be finished In a month, according to its owner. It is twenty- two stories high. 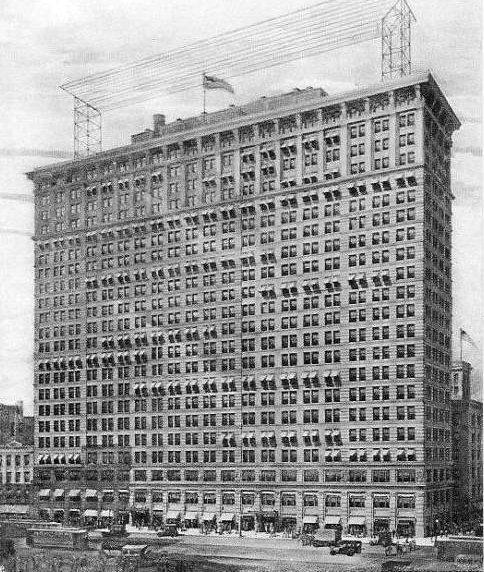 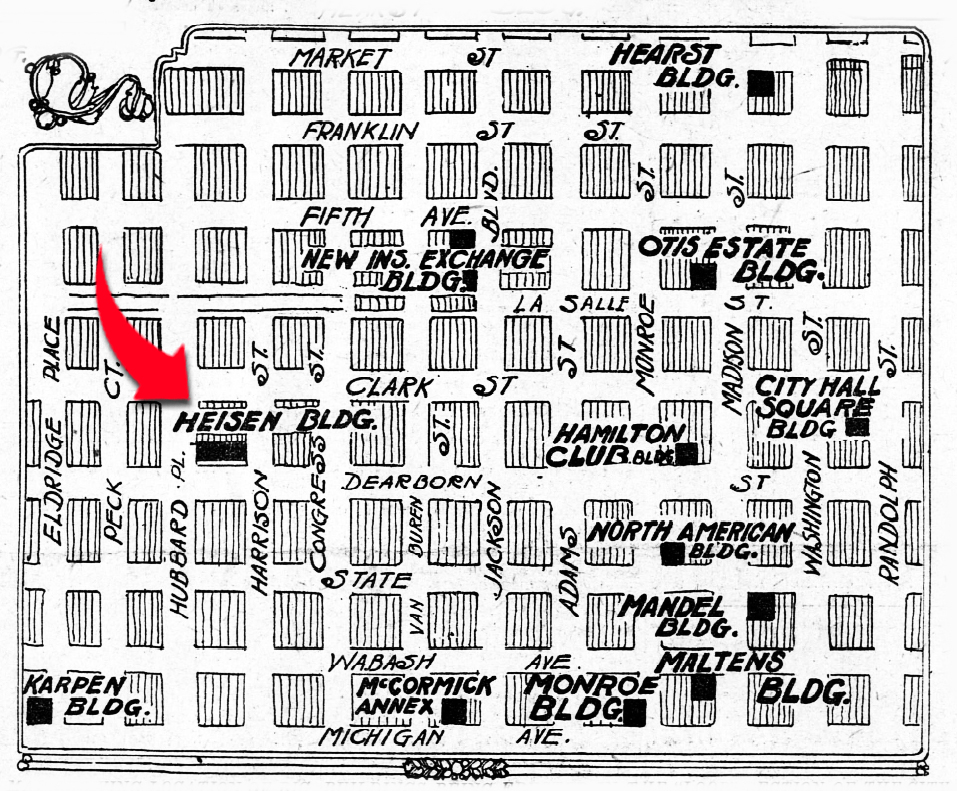