First Methodist claims to be the oldest church congregation in Chicago, dating to 1831, two years before tiny Chicago became a town and six years before it was incorporated as a city. Its first house of worship was a log cabin constructed north of the Main Branch of the Chicago River in 1834. Four years later, members floated the cabin across the river and rolled it on logs to the current site. By 1845 they decided they needed a bigger and more substantial home, and they commissioned architect John M. Van Osdel to construct it. Twelve years later they hired Edward Burling to design them an even larger building. In 1873, the fourth Methodist Church was built on this site.

The cross which surmounts it is 556 feet from the sidewalk, one foot higher than the Washington Monument, and the highest cross in the world, not excepting St, Paul’s in London or St. Peter’s in Rome. The cross will be illuminated at night, and the Arthur Dixon Memorial chiles, which will be installed as soon as they can be brought to Chicago, will be heard as far as the light will shine. 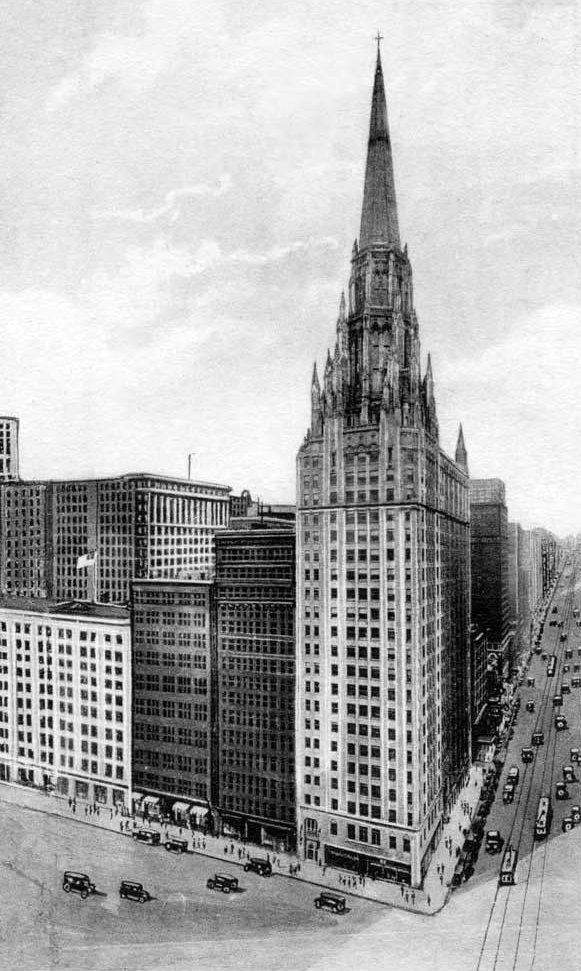 There has been a studied determination to make the new auditorium, which is entered from Clark street, conform to the church rather than to the hall or theater ideal. The seating is of pews with scrolled end boards. The distinguishing carving in the center of each of the open trusses spanning the roof is an angel holding an open book on which a soft light falls. 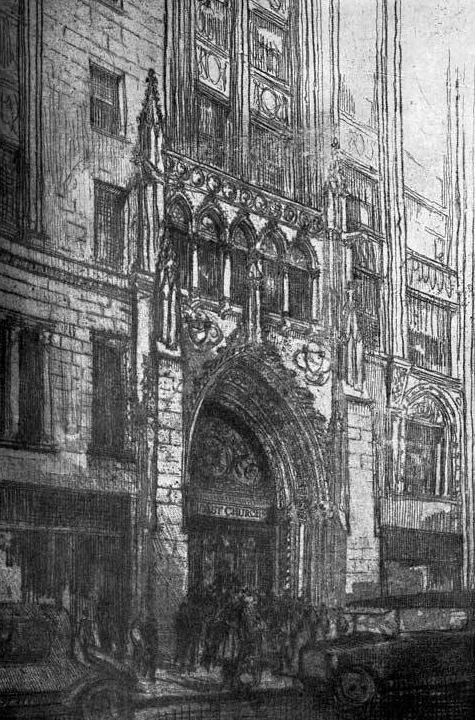 The Norman Walt Harris Memorial organ is four manual, eighty-eight stops, and 6,300 pipes, and will be used for noonday recitals for the public as well as for Sunday services.

Three stories of the building are occupied with the auditorium, the Sunday school, social and club rooms and the kitchen. There are special rooms for women and for young people. Athletics are provided for in the basement.

The dedication ceremony will take place at 3 o’clock, Bishop Edwin Hughes will officiate. 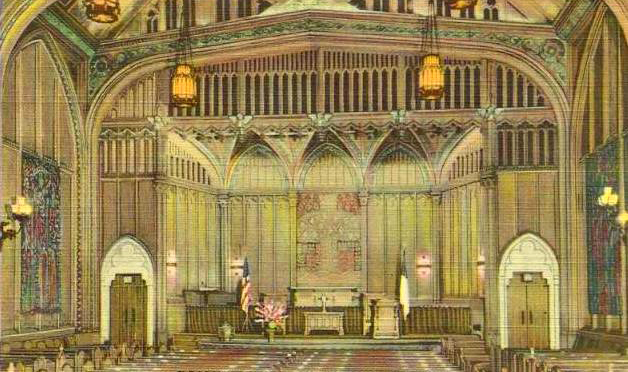