THE ADVENTURES OF KATHLYN (No. 10—Special—2 parts—May 4).—
Kathlyn and her sister, Winnie, have hardly disappeared through the trap ha dins from the big animal cage to the tunnel that had been burrowed beneath, than the hungry and frenzied lions that were in the arena swarmed onto the stage and began clawing at the trap, excited to ferocity by the fresh scent of human beings. This sensational disappearance naturally excited and surprised the vast assembly, and the scene in the royal box where Umballah was presiding baffled description. At first the dark Prince and his Councillors could hardly believe their eyes, and thought it was only a trick of the performers to temporarily escape the arena lions. But they waited for the return of the intrepid Kathlyn and her sifter, in vain, and finally the uproarious crowd wax indignantly dismissed. Umballah was baffled again—truly puzzled over the surprising situation when one of his adherents, a native Prince, brought him word that Kathlyn, her father, Bruce, and her sister were outside the walls. This stirred Umballah to pernicious activity, and he at once ordered the captain of the Guards to start a detail on the run. make them prisoners and bring them all hack to the palace.

Fast following their escape. Kathlyn and her supporters accepted the hospitality of Ramabai’s home. The latter had arranged with a prominent revolutionary leader to finance a movement against the false and insolent rulers of Allaha, particularly Prince Umballah, who never neglected an opportunity to crush the weak beneath his heel, and add to the suffering of the people. The new arrivals are not long learning this ambitous plan and their familiarity with the methods of Umballah. and the fact that they have repeatedly outwitted him, moves naturally for their selection in the leadership of the revolution. Quite appropriately it appears that Kathlyn should elect herself to lead such a dangerous coup d’etat. Her own habiliments might have marked some feminine weakness that would have disqualified her for leadership, but happily she finds a suit of armor in Ramabai’s home, dons it. and becomes a real Joan of Are, an Evangel for the new cause of the people. This Amazon wears ancient silver armor, but she has swinging at her side an automatic gun of the latest design, which beings her up to date, and which she uses with accuracy.

Unable to discover Kathlyn. the captain of the guard returns to Umballah’s palace, and the latter cunningly bethinks him of Ramaibai’s house, and orders a second expedition. The captain of the guard, however, unfaithful to Umballah, now bargains for his mercenary services with the revolutionists. Just at this time, the palanquin from Umballah’s palace passes with one of his ladies of the Harem. She overhears the plot, orders her attendants to take her at once to the palace. Umballah is notified and immediately prepares a counter-action. He orders the captain of the guard thrown into the lion’s pit, offers large bounties to the soldiers who remain loyal, and then by a lucky stroke captures Bruce, Ramabai and Col. Hare. But, he did not count upon the real leader of the revolution. Kathlyn, who hurries to the scene of action, leading the charge against Umballah’s dis-spirited soldiers.

The imposing Amazonian figure of Kathlyn fills her followers with confidence in her leadership and they, finally fight their way into the very palace of Umballah. Then the revolutionists release the captain of the guard from the lion’s pit. but fail to secure the keeper, who, in turn, opens the door and drives his lions scurrying through the palace. A native slave warns Kathlyn and her party of this new danger confronting them. During the scramble to get away. Kathlyn becomes separated from her father and Bruce, and they, having in the interim accidentally gained their own freedom, start out to search for her.

In the meantime. Kathlyn has been trailed by a huge and hungry lion, and darts into a seemingly vacant house, where she finds other lions sequestered, She rushes up to the top balcony of this villa, and helpless to extricate herself from the dilemma, raises her voice, calling for help. Umballah, who is trying to make his own escape from the revolutionists, in a palanquin, hears her. and in mocking response to her cry for aid, cruelly applies a torch to the building, leaving her trapped amid the surging clouds of smoke on the upper balcony with hungry lions waiting below. (To be continued) 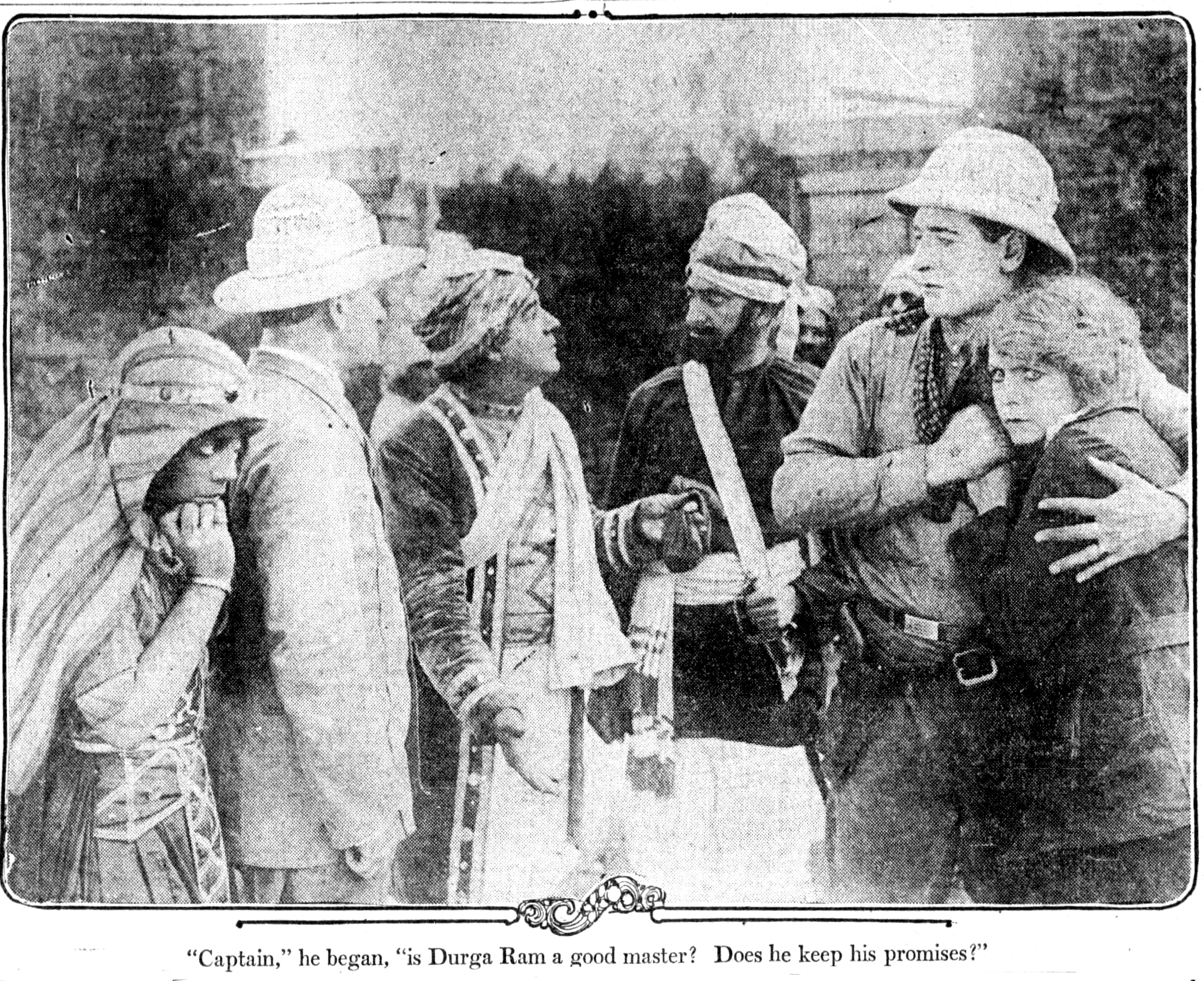 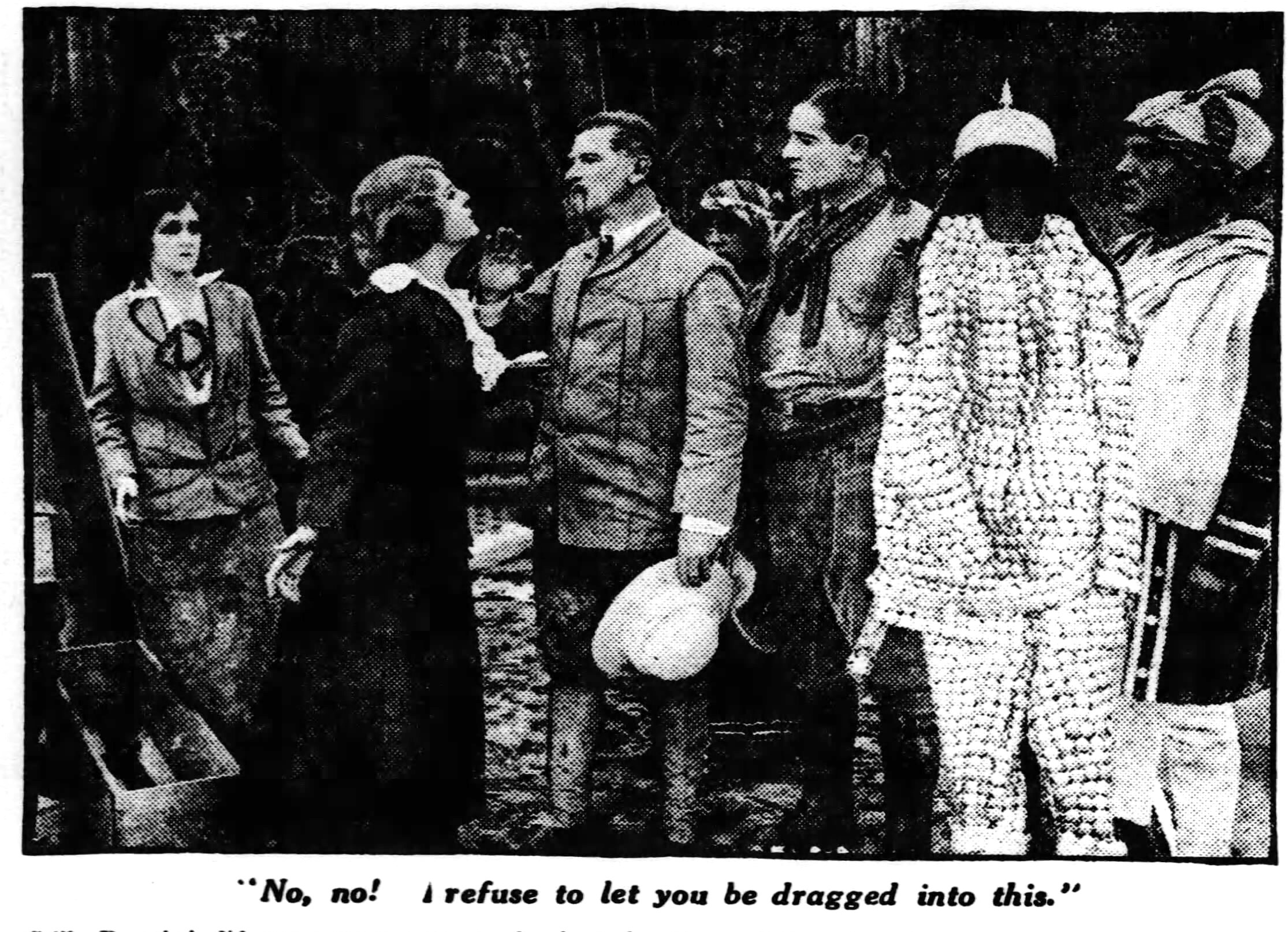 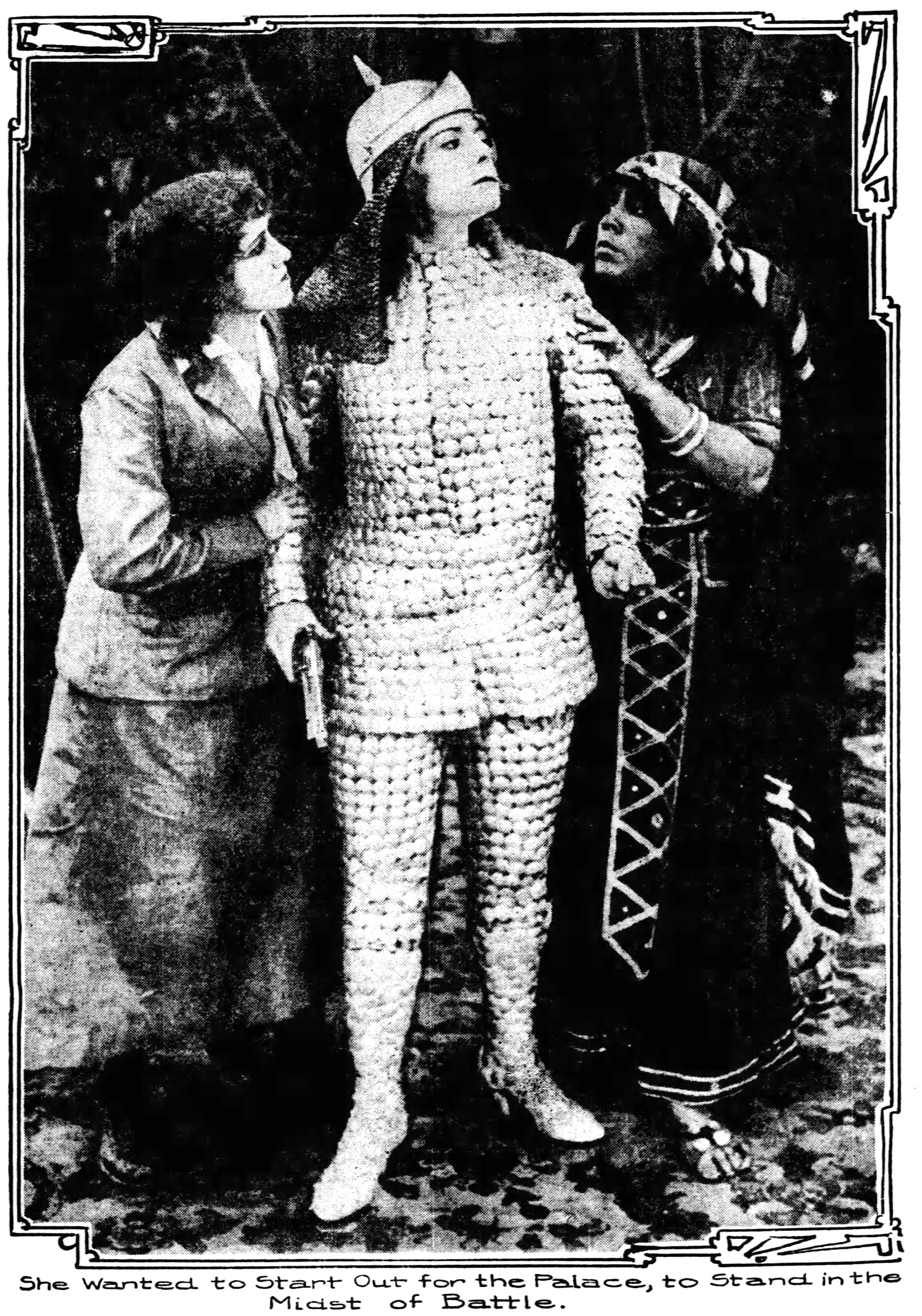 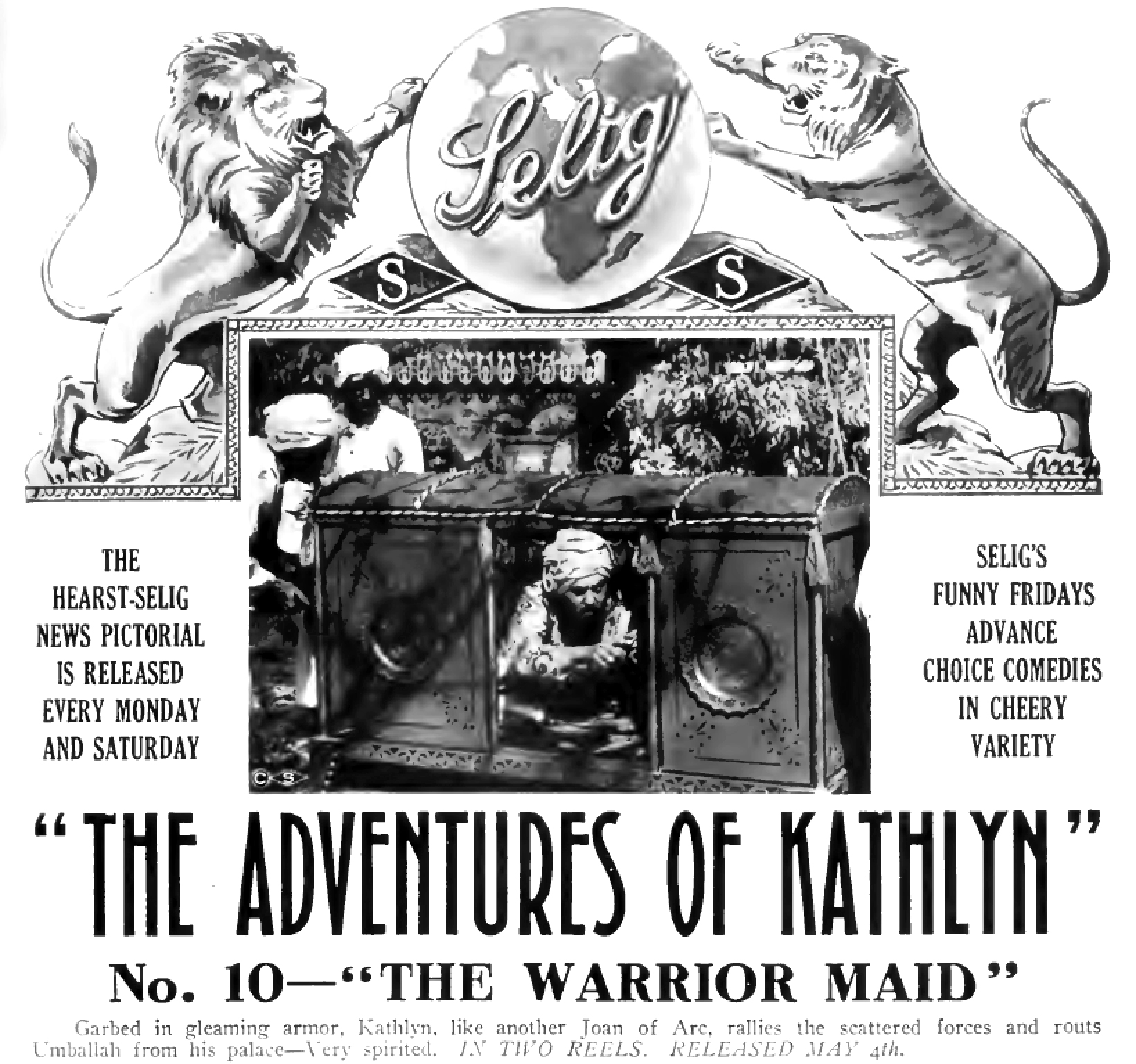