THE ADVENTURES OF KATHLTN NO. 4—THE ROYAL SLAVE (Special—2 parts—Feb. 9).—
After Kathlyn’s seemingly marvelous escape from the Temple of the Lions, where she almost became a victim of fanatical men. not to remark the hungry and marauding lion, she is still followed by the wild beasts that rove in that vicinity in search of prey. She realizes her peril through some keen second sense, and eventually makes her way by woodcraft to a tree, at the base of which is an idol. This being in the nature of a votive shrine. it is frequently visited by the Pilgrims and pious Parsees, who offer prayers for protection from the beasts of the jungle and also leave peace offerings in the form of food. Above in the branches of this spreading tree is propped a rude hunting booth, where the native hunters have been accustomed to watch in security for the stalking game that prey upon one another in the depth of the jungle. This umbrageous tree seems to have kindly shadows, and Kathlyn takes refuge among its branches, exhausted after her terrible flight through the tangled woodlands. Unarmed, she realizes that she must now depend upon her woodcraft and fleetness of foot to avoid the dangerous inhabitants of that neighborhood. With this idea in view, she weaves for herself a dress of fibrous grass that blends with the flora and the branches of the trees, just as the markings of many wild animals does, comporting with their environment, giving them inconspicuous security. She completes this garment none too soon, when the carnivors which has been upon her trail, rounds up at the base of the tree and settles down with fearful roars and snarling, warning her that it is time for her to look to her safety. She is so surprised that in her haste to get away she drops her tattered and discolored temple gown, fleeing further into the depths of the everglades in her new garb blending so well with the surroundings that it helps to conceal her whereabouts. Bruce, the American hunter, who accomplished Kathlyn’s rescue in the amphitheater from the forty hungry lions, has been hot upon her trail since the stampede of elephants drew them far apart. Undeterred, however, he has penetrated the depths of the jungle, followed her from the Burning Oat to the ruined temple, and now to the base of the tree, where he finds her torn and discarded garment. He is encouraged to continue his search with greater zeal. In the interim, some passing traders lose an elephant that has strayed far afield to feed and give chase. The elephant becomes panicky and in its flight almost knocks down the tree that shelters Kathlyn. In her fright, she tries to run away, but the traders who have come upon the scene, capture her, believing her to have been an escaped slave. 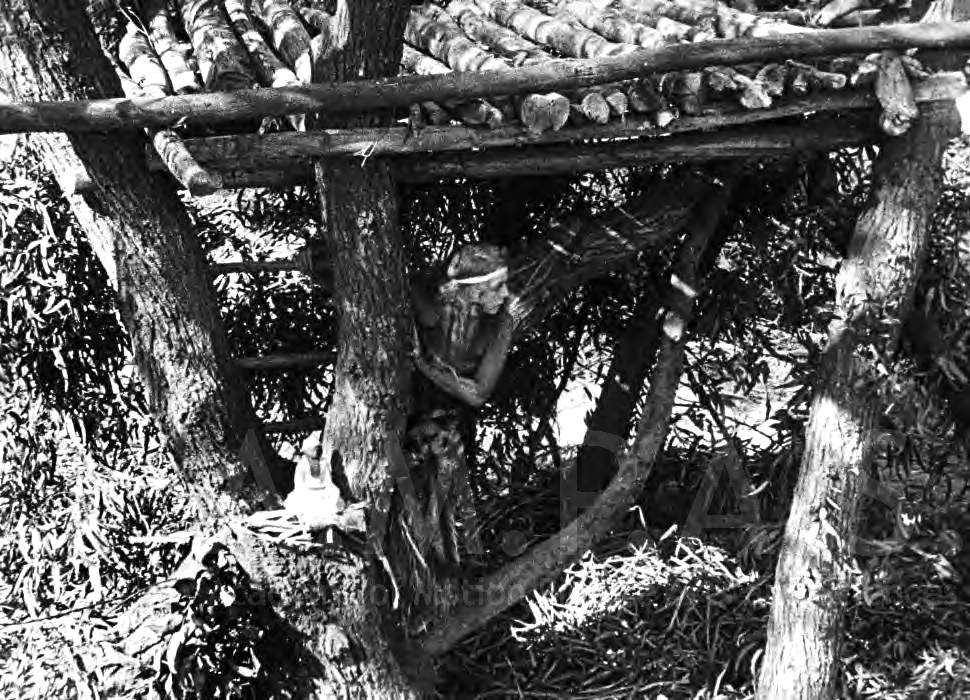 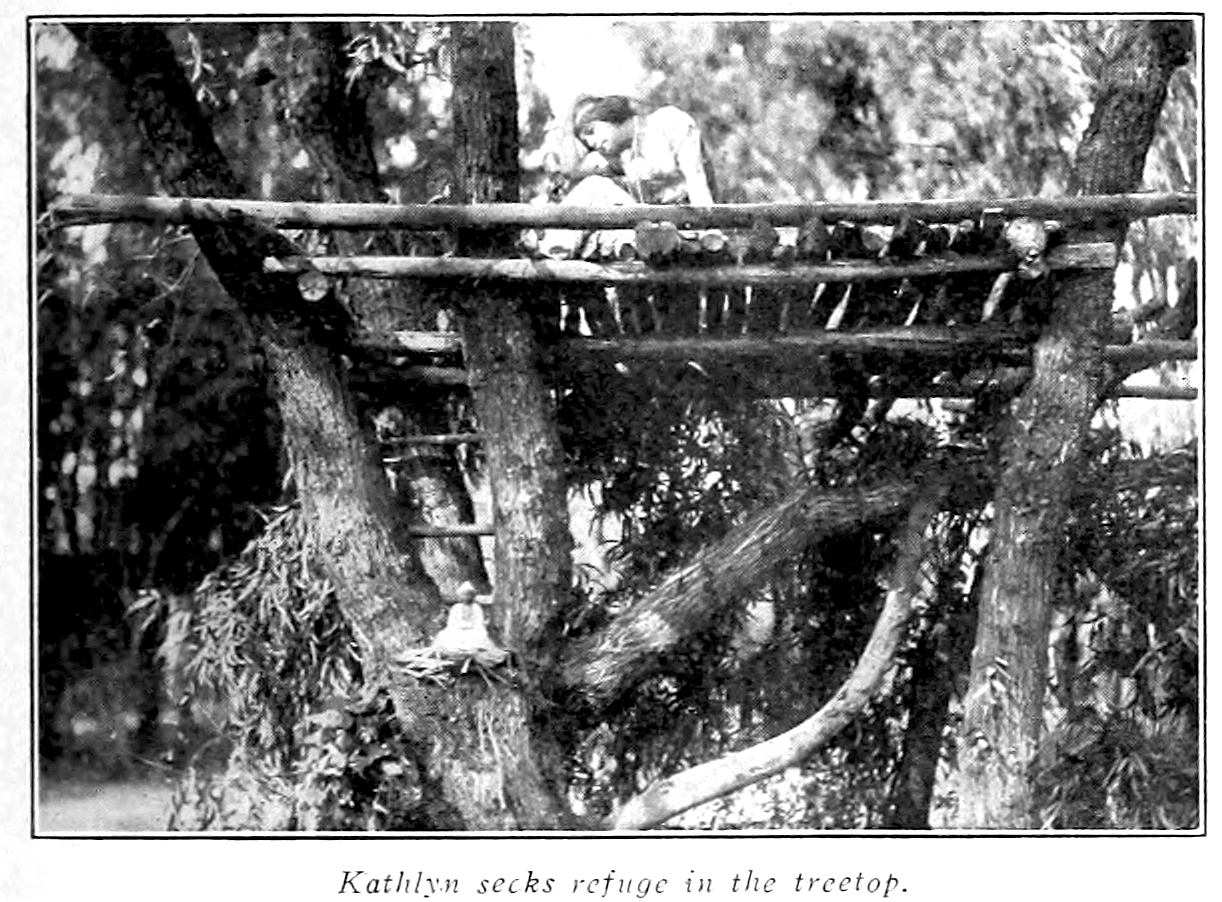 The chief of this band, after taking counsel, concludes to take his captive to a nearby city, place her in a slave market and sell her. Then follow a series of interesting scenic events, showing the method of caring for captives that have more than ordinary value in the eyes of their owners—for the fair Kathlyn at once excites the cupidity and admiration of the leader of the band, who naturally concludes he has a pearl of great price in her. (Incidental to this is the caste-mack on the forehead of the human chattel.) A few days after Kathlyn emerges from the jungle, she is put upon the auction block in the slave market of Allaha. Disguised in her wild garb of woven grass, bearing her caste-mark. and deprived of all the finery that once marked her as a queen. she is so heavily veiled she is not recognized by any of the dusky magnates who frequent the market of Ahalla. Eventually she is sold, curiously enough to Umballah, who does not recognize her on account of the Saree over her face. Kathlyn, who has been successful in outwitting Umballah, concludes to reveal to him her identity, and when she does he is furious and indignant beyond words. While she was in the slave market, she managed to learn the whereabouts of Bruce, and conveyed a message to him through the caste-marker of Allaha. Bruce is again close, but is a few minutes too late to save her. as Umballah, in his fury, has ordered Kathlyn to be incarcerated in the same prison that confines her father. She had believed her sire dead, but when she is placed into the dungeon she recognizes the ragged and emaciated lost one and a joyous meeting drives melancholy from the inhospitable place. This, however, is short-lived. for the malignant Umballah appears and tells Col. Hare that his daughter Kathlyn is now his slave—his chattel—and that he will do with her as he likes. Instead of having the effect he hoped—in humbling the prisoner in chains at his feet—it inspires him with fury, and Hare, now possessed of maniacal strength, springs upon Umballah like a wild beast and bears him down, grinding him against the rocky floor of the dungeon. 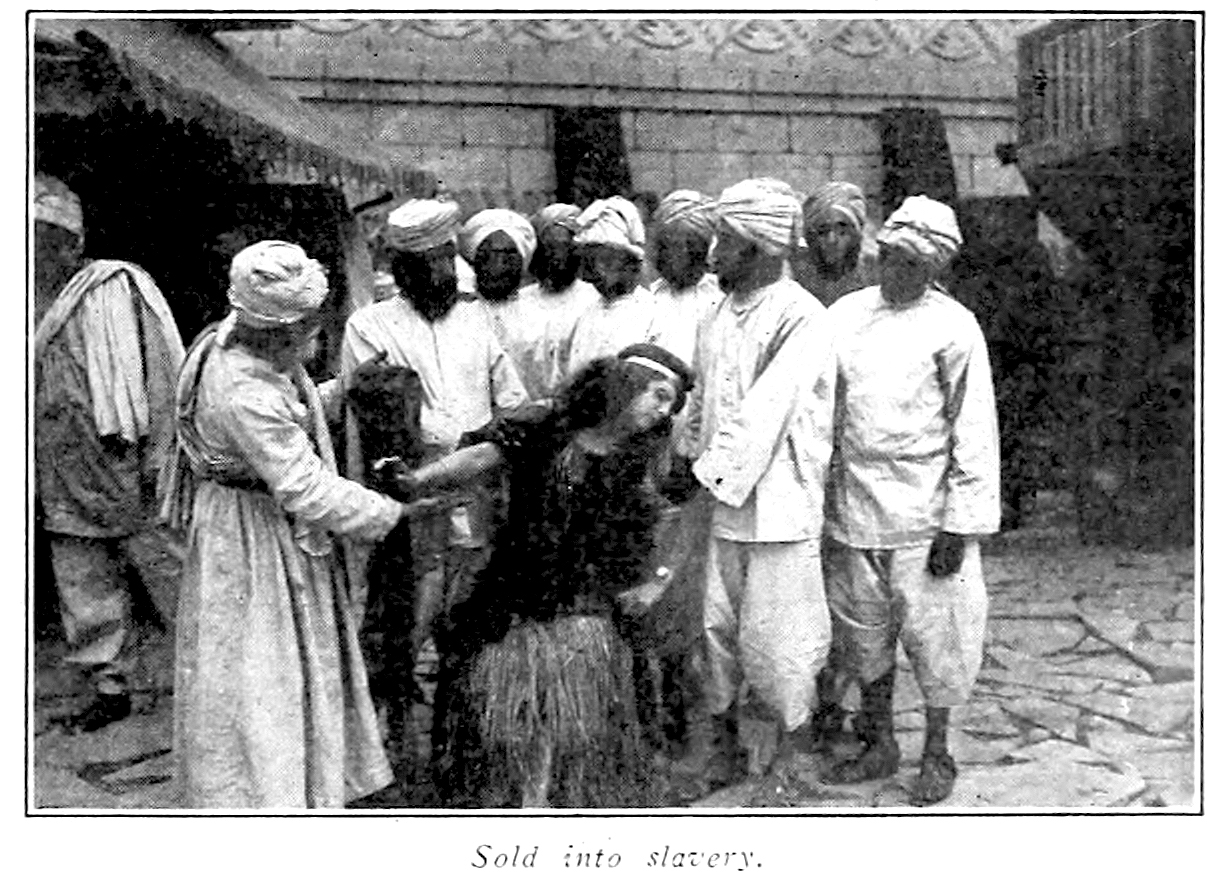 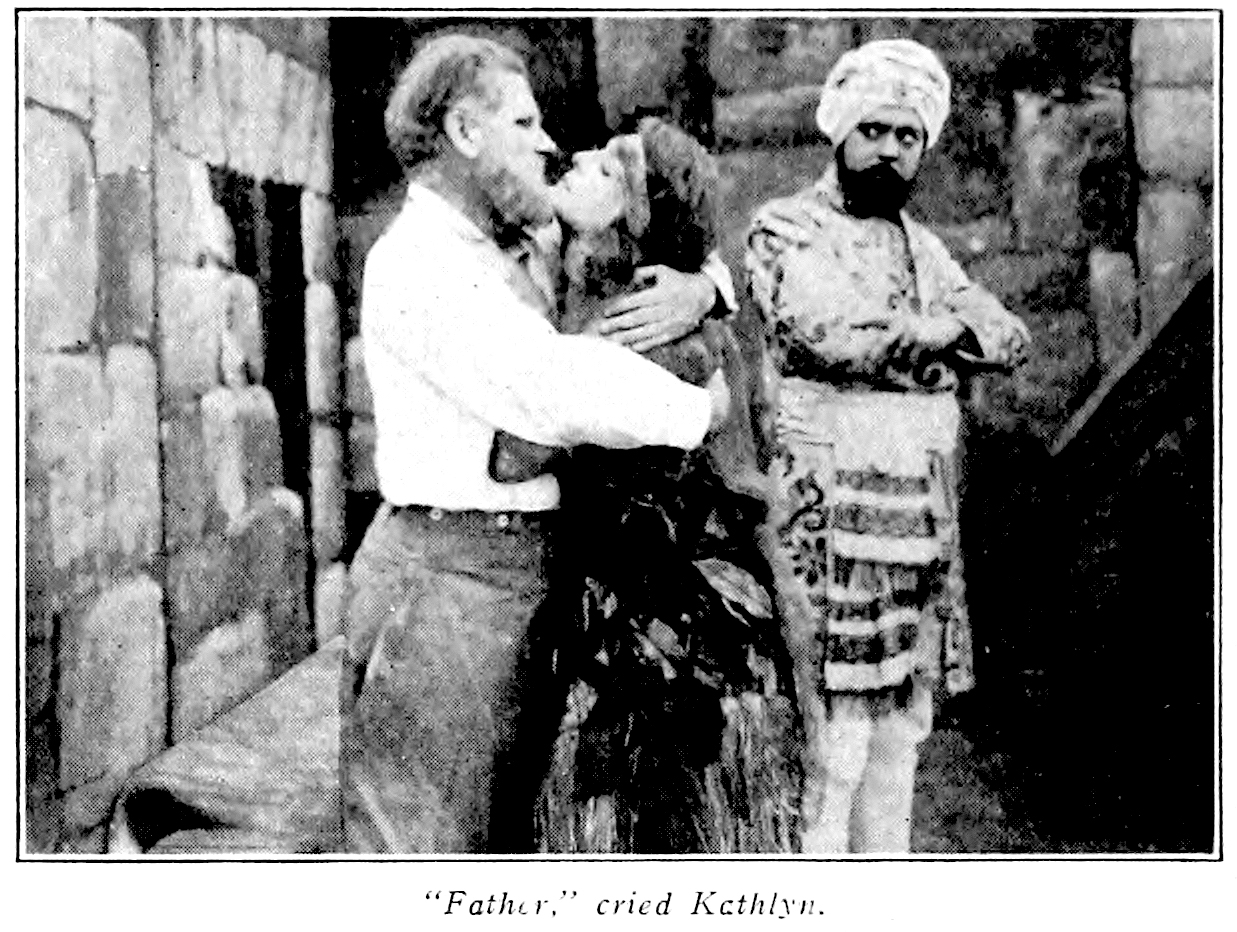 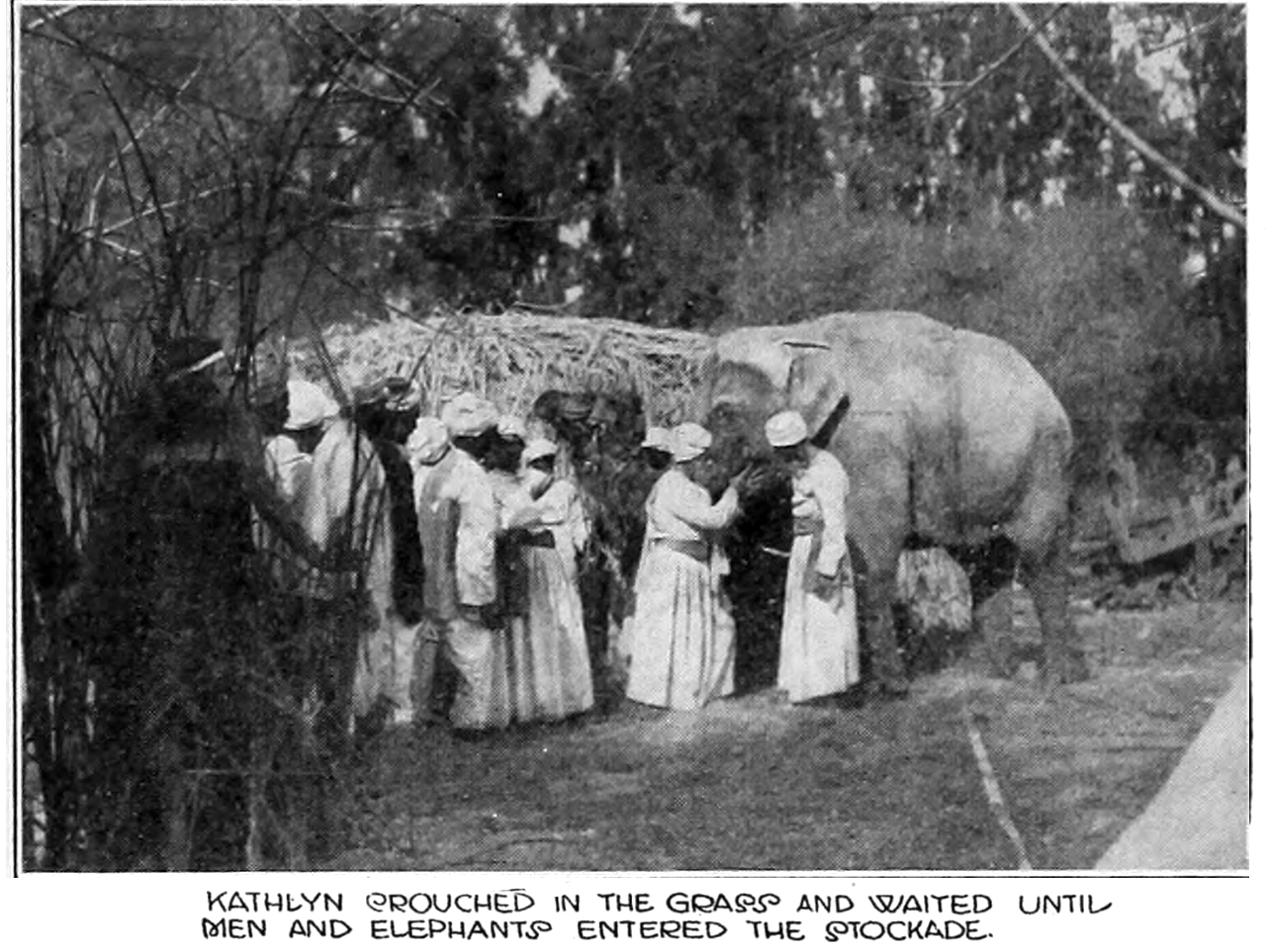 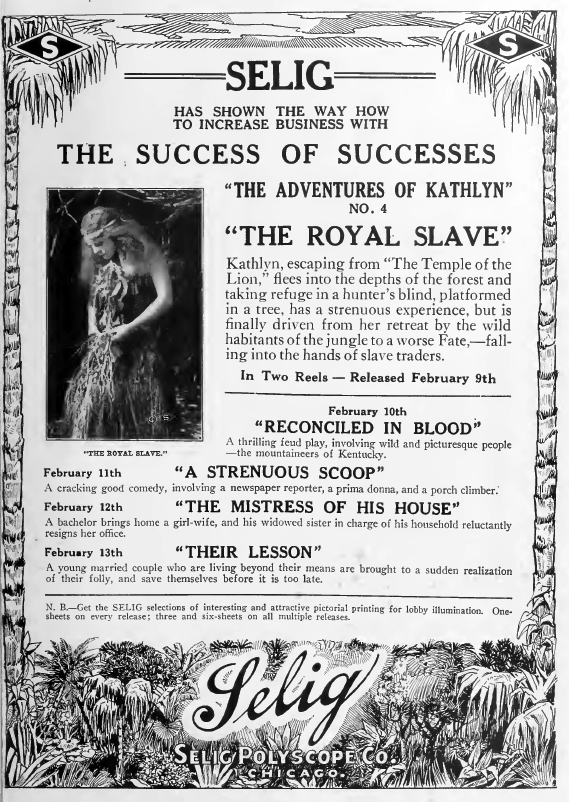 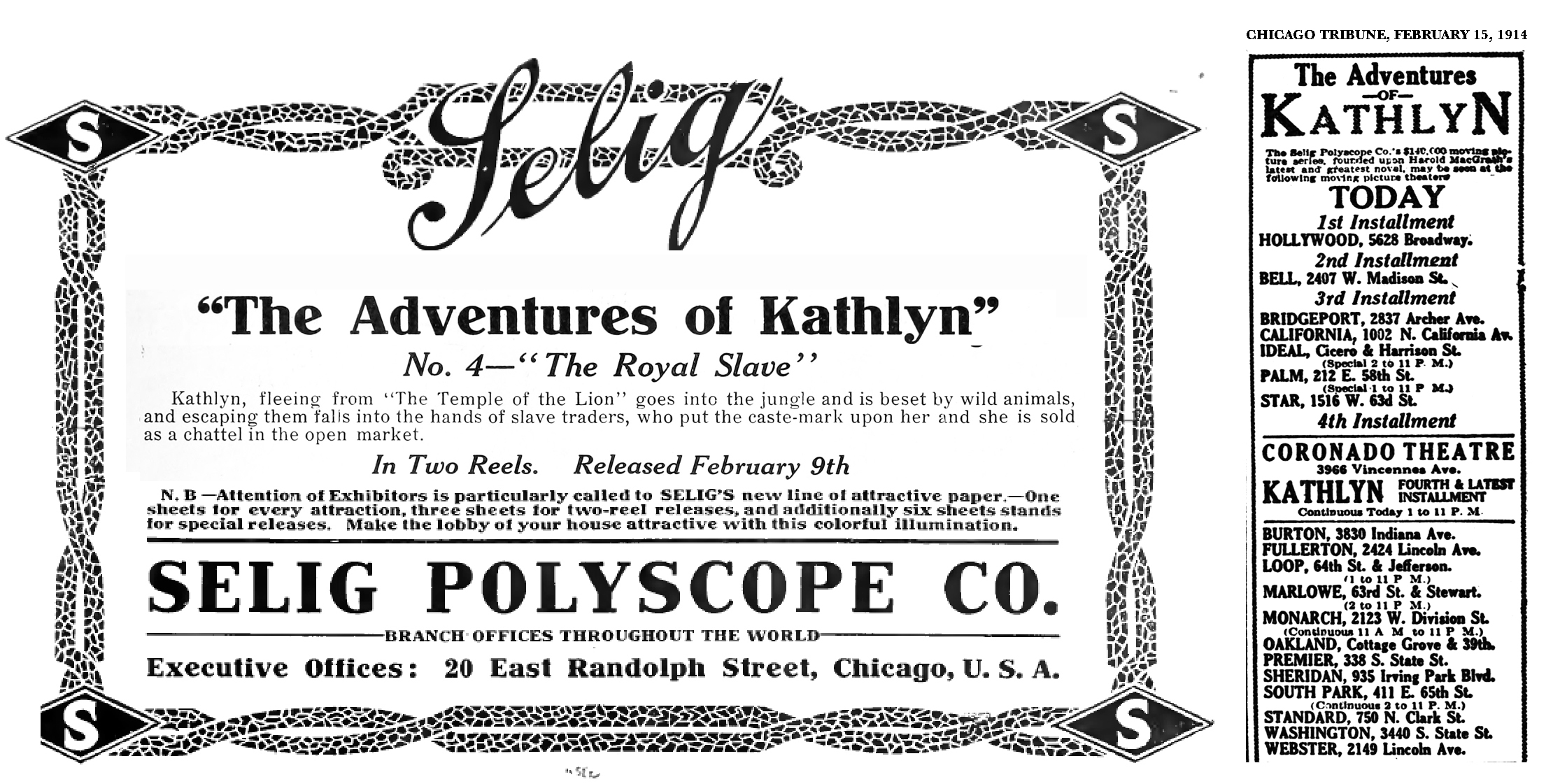