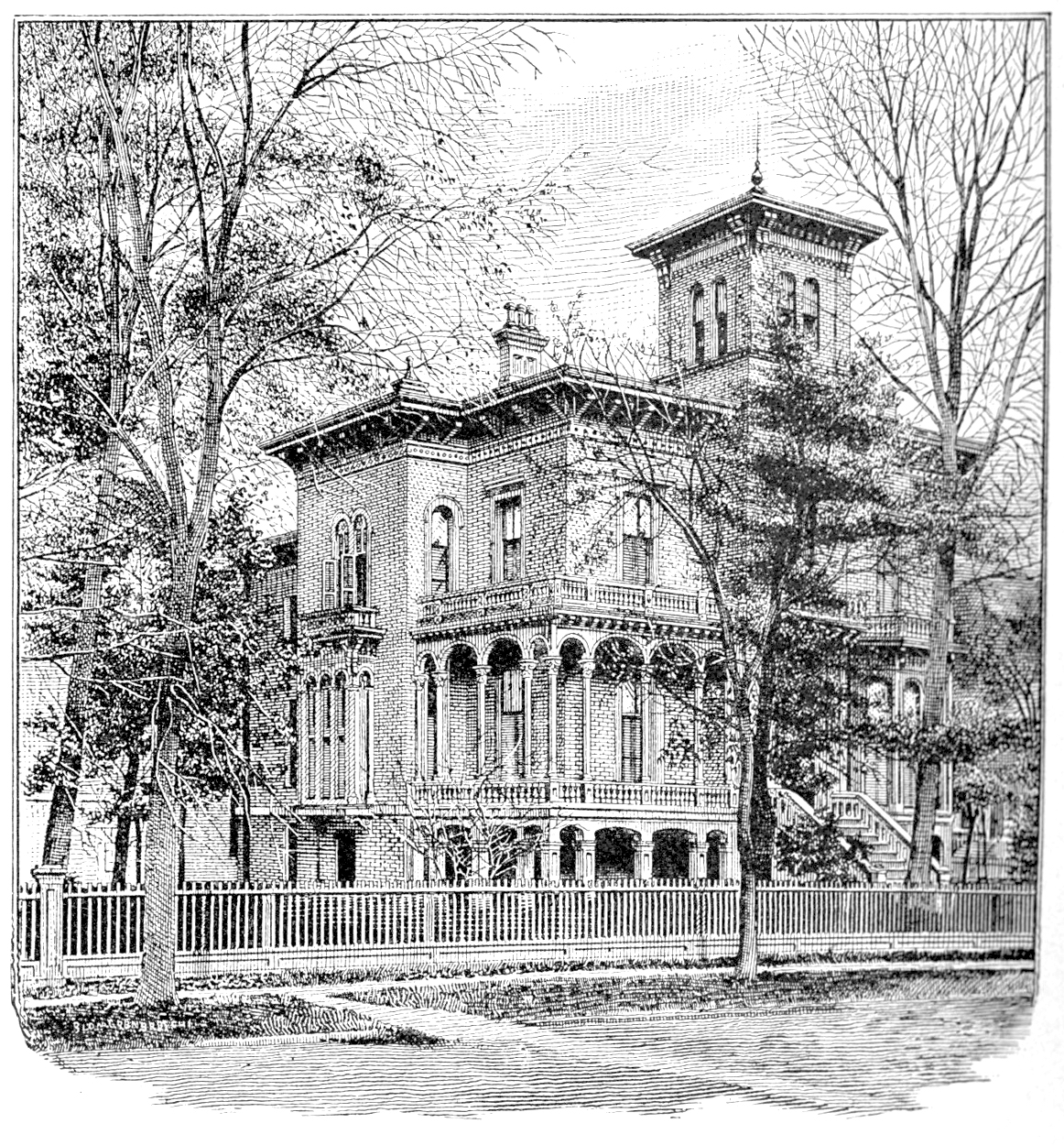 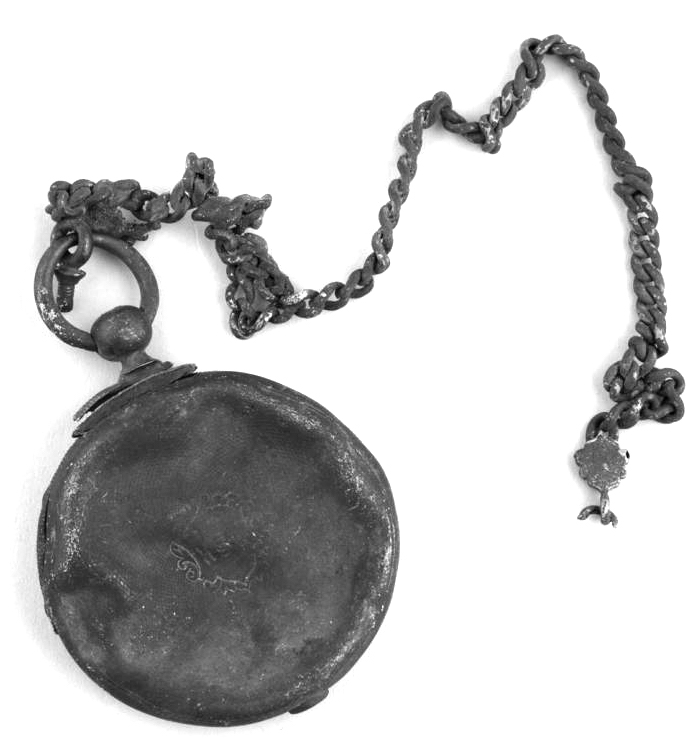 When Julian S. Rumsey parted from Mayor Mason, as has been related, he hastened to his home, on the northeast corner of Cass and Huron streets. He did not think of partaking of breakfast, to which he had a few minutes before invited the Mayor, for he found his house in danger. His daughters, appreciating the situation, had already obtained the garden-hose and were engaged wetting the house and grounds The fire was then in sight although several block away, Mr. Rumsey instantly prepared for flight. The fatal delusion which characterized so many persons-the belief that their own property would be spared did not possess him. He had taken from his office some $40,000 in grain receipts. These papers, together with silverware, were packed in baskets and placed in the daughter’s phaeton. A fine oil portrait of the late Hon. John Bice Turner, Mrs. Rumsey’s father, was also deposited in the carriage, and this valuable load was driven in safety to the West Side. Meanwhile, the fire advanced northward. Blazing joists went whirling overhead, like monster chain-shot from an infernal battery. A glance toward the south revealed a wall of solid fire. In spite of Mr. Rumsey’s wise and deliberate preparation, his family barely had time to escape alive, rushing through the rear doors, into Cass Street, when the flames descended on their beloved home. The flying party undertook to go west, along Huron Street, but the tempest drove them to the northward. They were nearly suffocated with the gases which the heat so rapidly and disastrously generated. To reach Chicago Avenue seemed impossible. As Mr. Rumsey says, “It was like going through fire itself.” How they escaped death is still a marvel to them. But even in the midst of perils such as these, there are incidents full of unconscious humor. Just before they were driven from the house, one of the daughters, then seven years old, decided not to soil the fine dress she had on, and hastily exchanged it for a commoner one, leaving the childish prize to burn in the closet. Another, but five years old, seized a small Swiss clock, and bore it safely away. That memento of the night of terror is still retained by the young lady. Mr. Rumsey’s personal experiences are illustrative of one phase of the great disaster. He quitted his home so suddenly, on being aroused by the alarm, that he left his watch under his pillow. Subsequently his son, George D. Rumsey, found the timepiece in the ruins. The hands were set, fused by the intense heat, at 3:30, indicating the time when the flames devoured his house. 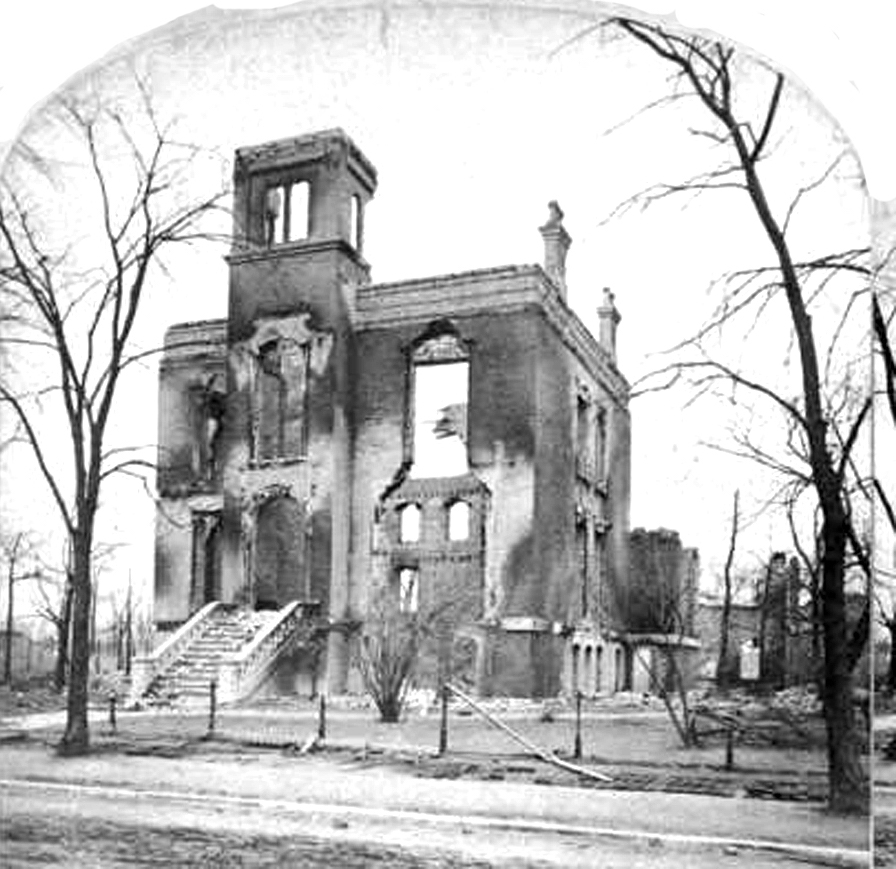