The Masonic Temple.—To-night, the new Masonic Temple, on Dearborn street, a structure of great magnificence and splendor, is to be opened, and formerly dedicated to the purposes of the Order, by Lafayette Lodge. The occasion will be one of deep interest to every member of the craft, and the attendance of brothers will be, no doubt, very large. Exercises appropriate to the opening, will take place, and it will be we presume, an event long to be remembered by the Masonic fraternity of our city.

NEW MASONIC HALL AT CHICAGO
The new and beautiful Hall recently erected the Brethren at Chicago, Illinois, was publicly dedicated 24th June last, by the M.W. Grand Lodge the State. The attendance of Brethren of different grades and from different sections of the country, was very large and in procession they presented an imposing appearance The escort duty was well performed by the Chicago Encampment Knights Templars. The address was delivered by Rev. McMaster Alton and will probably be published. The dinner was served up under an immense tent and the tables were laid with 1512 plates The arrangements throughout are said have been of the best character. At the table, M.E. Comp. Blaney welcomed the Brethren the following neat and appropriate address:— 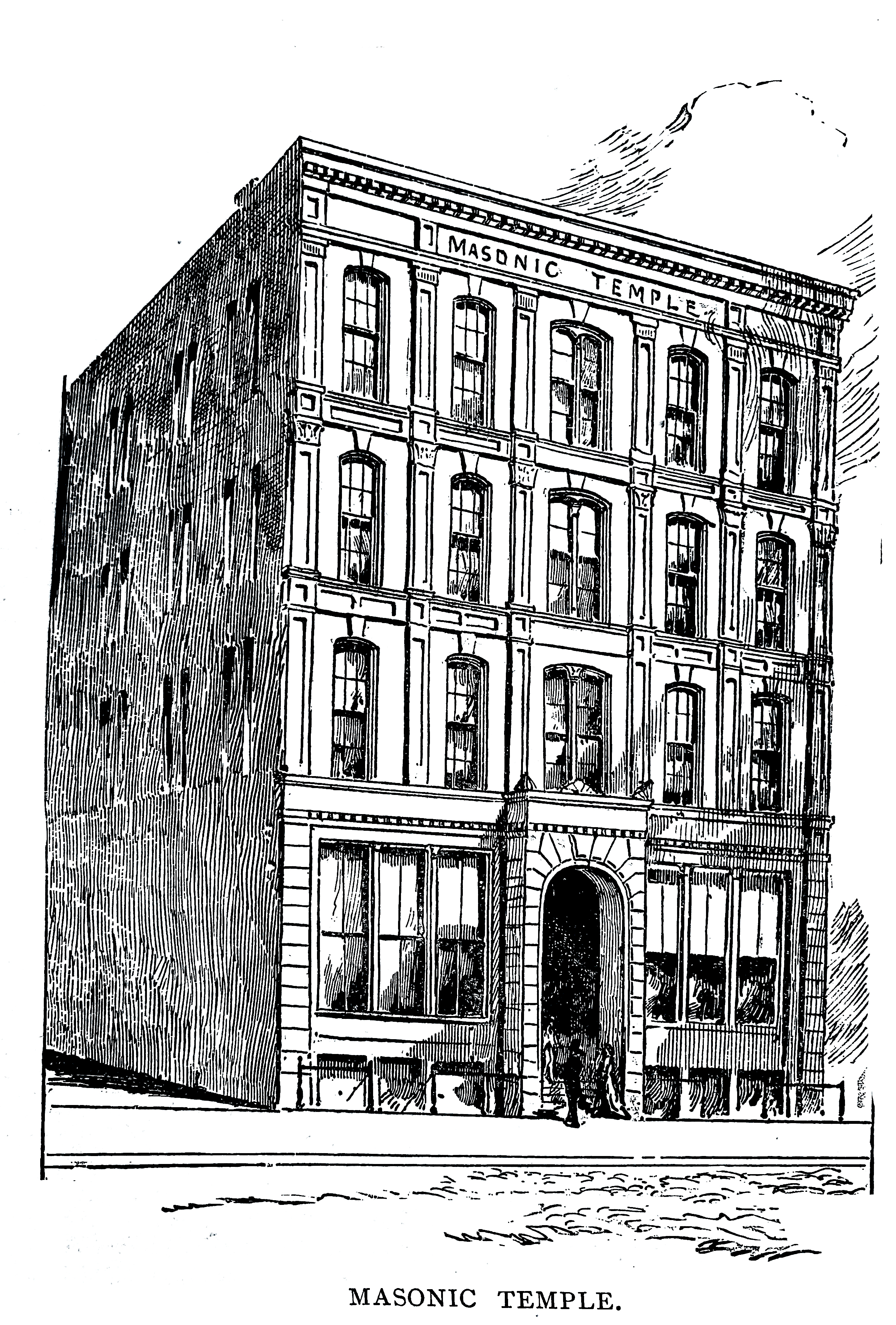 MASONIC HALL
On May 18, 1854, the corner-stone of the Masonic Temple, 83 and 85 Dearborn Street, was laid, the officers and members of the Grand Lodge meeting at the lodge room, 171 Lake Street, and thence proceeding to the location of the temple, where eloquent addresses were delivered by Drs. J. V. Z. Blaney and W.B. Herrick. The first lodge room in Chicago was at the Harmon & Loomis Building, at the southwest corner of Clark and South Water streets, third story; and subsequently the lodges met at Cobb’s Building, 171 Lake Street, and over the Apollo Hall, 250 Lake Street, corner of Lake and South Water streets.

The dedication of the temple occurred on St. John’s Day, June 24, 1856, the fraternity assembling at Metropolitan Hall, and thence proceeding, processionally, to the Amphitheater, where the oration was delivered by S. Y. McMasters, D. D., of Alton. After the oration, the procession again got into line and marched to the temple, where the esoteric ceremonies were performed bv the Grand Lodge, under the gavel of M. W. William. B. Herrick, Grand Master, who delivered an eloquent address. About 5 P.M the brethren and guests assembled at Dearborn Park, where a collation was laid, after the discussion of which toasts and speeches were rife. The banquet terminated at about 8:30, the brethren and guests meeting at Metropolitan Hall in the evening and winding up the proceedings of the day by a grand ball, whereat the elite of the city were present. 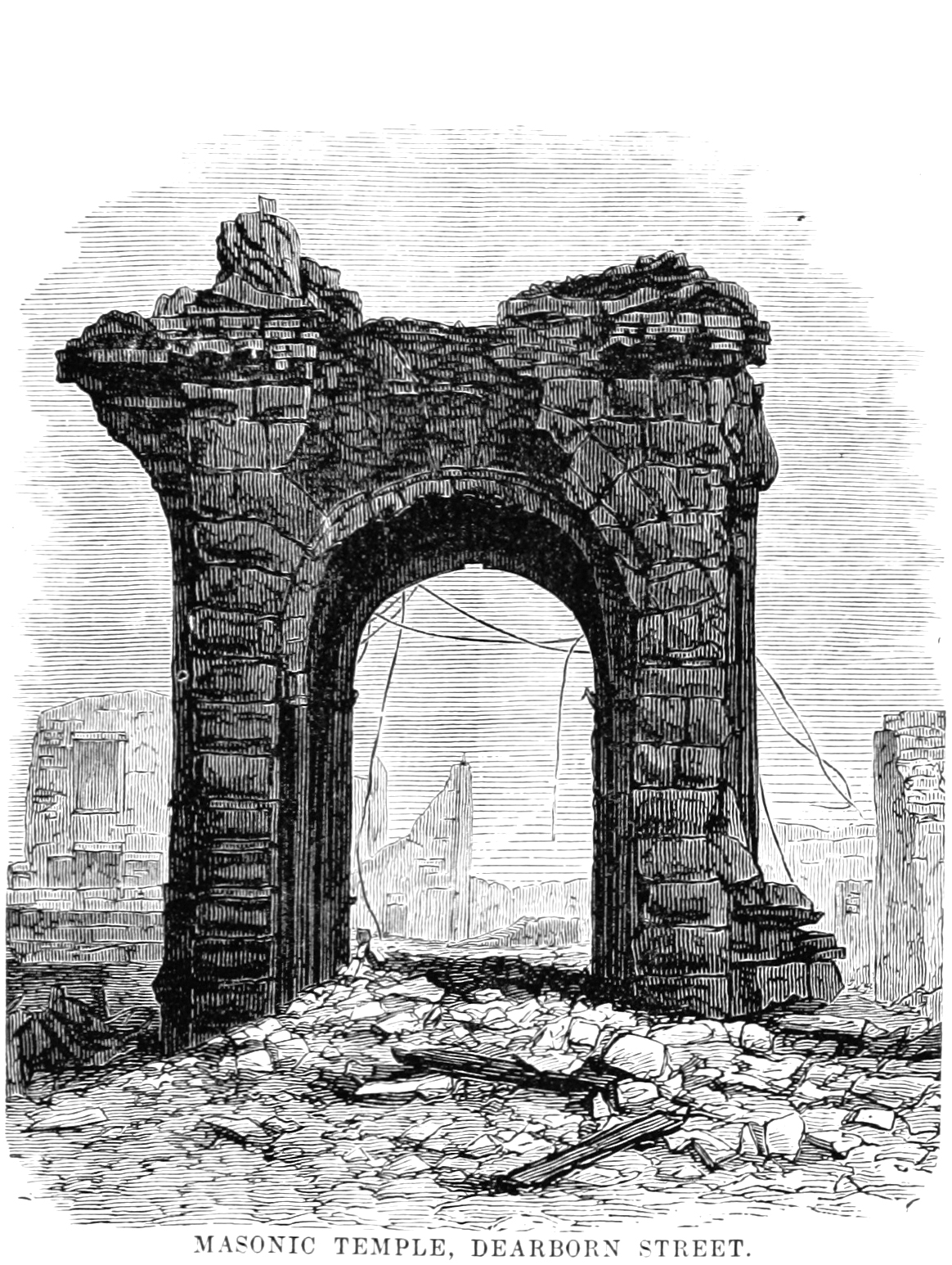