NEW BUILDING OF THE MUTUAL LIFE INSURANCE COMPANY OF CHICAGO.
Our illustration shows another of the many elegant and substantial structures now going up in every prominent street of this city, being the building just completed by the Mutual Life Insurance of Chicago, on Wells street.

Our citizens look upon such edifices as this with no little local pride. The importance of building up and sustaining accumulative financial institutions in our midst cannot cannot be over-estimated. It is stated upon authority that Chicago pays yearly over $3,000,000 for insurance, to companies located out of the State. Had we institutions here that could do this insurance business, and keep it at home, besides drawing from other sections of our country, it would add, in one year, $6,000,000 to the wealth of the city. The city of Hartford, Conn., has become one of gigantic wealth, by making every section of the United States tributary to her as an insurance centre. She has now $70,000,000 of insurance capital and resources, about $30,000,000 banking capital, besides large manufacturing interests, about all of which has resulted directly or indirectly from the iunflux of capital by the influx of capital by the insurance companies. 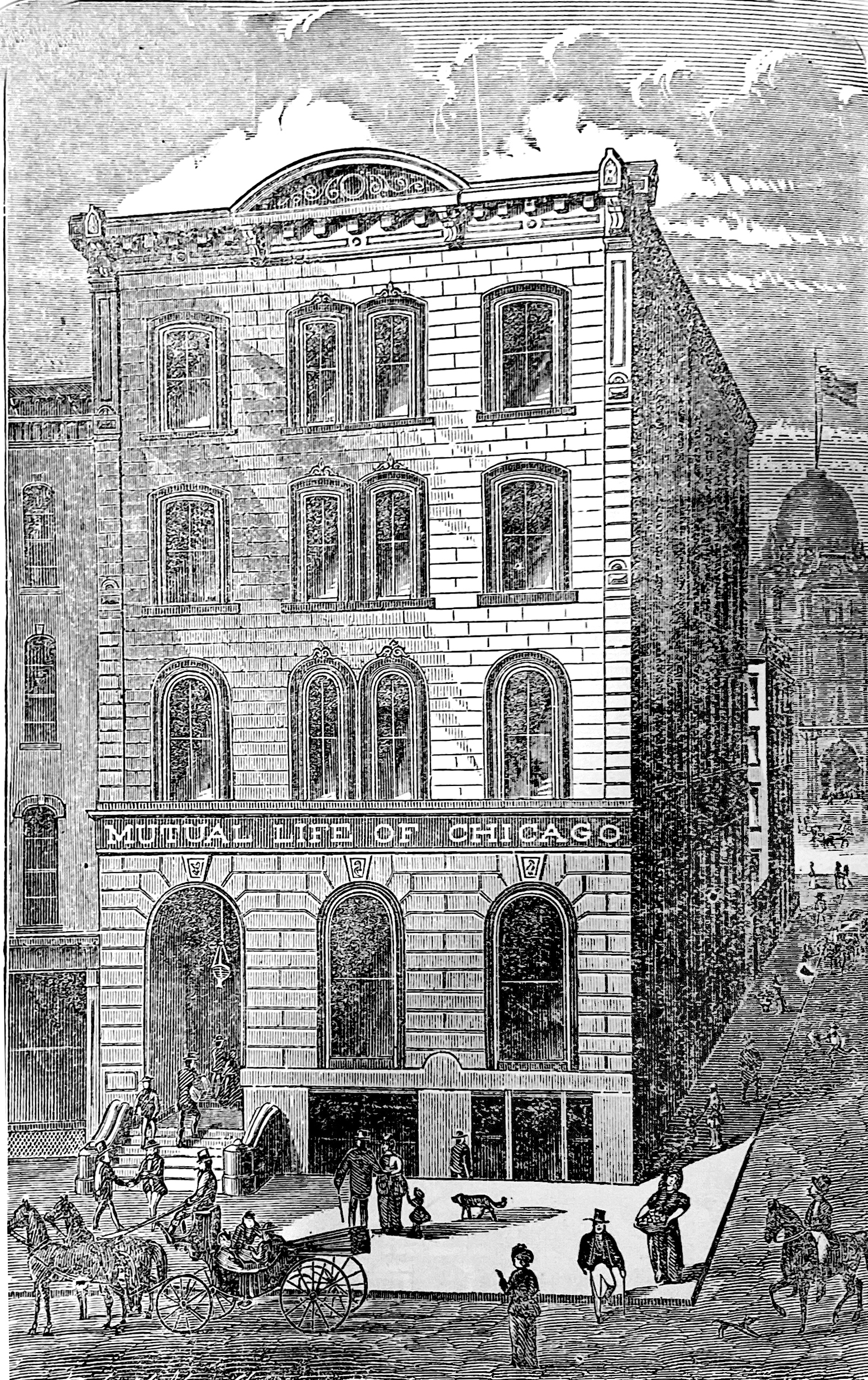 The New Building of the Mutual Life Insurance Company.

The Mutual Life has now been in operation in the west for five years, and its success and stability are no longer in doubt. Its record is a clear one throughout, its directors paying personal attention to its interests, instead of merely allowing the use if their names, as is often the case with other companies. Merrill Ladd, Esq., a well-known citizen, is its president.

This fine building is constructed of the celebrated Frear stone, now becoming so popular in the west. Its erection has greatly enhanced the value of surrounding real estate in its vicinity.