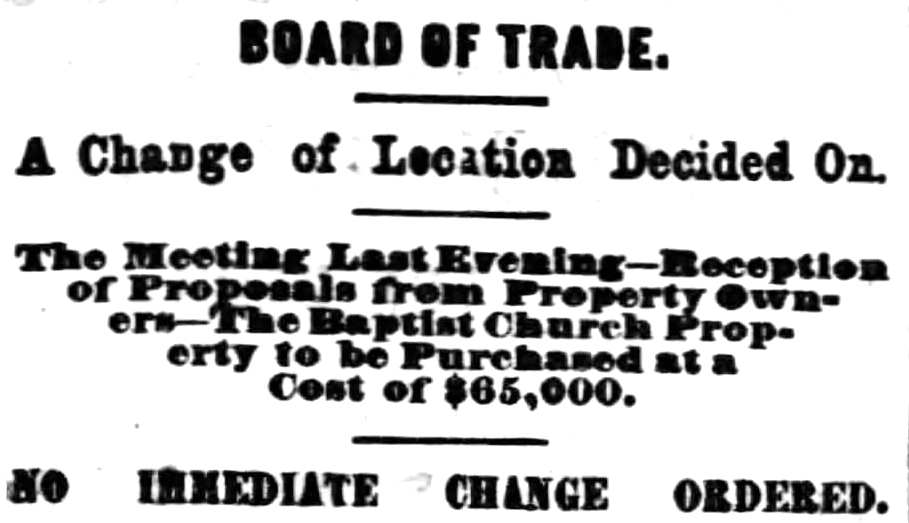 Pursuant to notice given on Change yesterday noon, a large meeting of the members was held last evening at the Board of Trade rooms to select a site for the proposed Exchange building. At 8 o’clock the chair was taken by John L. Hancock, Esq., the President, when the following proposals were read by the Secretary, John F. Beatty, Esq.:

The undersigned, a committee appointed by the First Baptist Church and Society of Chicago to negotiate the sale of their lot on the southeast corner of Washington and Lasalle streets, on behalf of said Church Society propose to sell said lot to the Board of Trade of the city of Chicago for the sum of sixty-five thousand dollars, reserving the building now on said lot. This proposition to remain open for your acceptance fifteen days this date.

The Garrett Biblical Institute offered to lease the lot on the corner of Lake and Market streets, 100×180 feet, for the term of one hundred years, as follows, for the use of Board of Trade building:

And then to be appraised by disinterested parties for twenty years, and for each twenty years thereafter, until the end of one hundred years, upon which value a rental equal to six per cent is to be paid. The stockholders to pay all assessments and taxes. The lot is, by statute, free from taxation.

Signed by
Hon. Grant Goodrich,
President Board of Trustees. 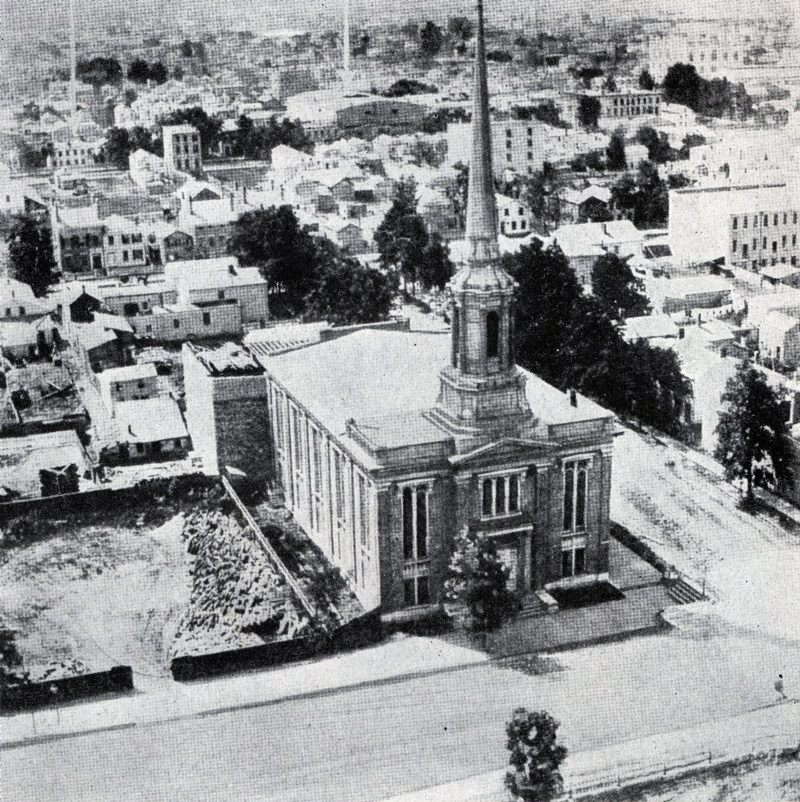 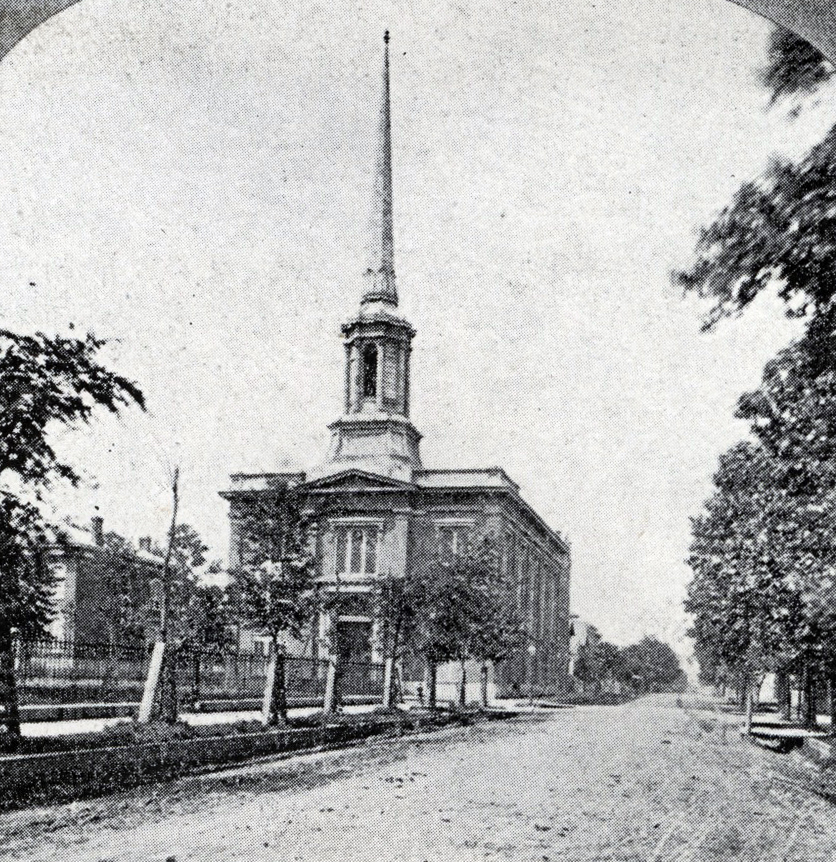 First Baptist Church.—The congregation of the First Baptist Church hold their last service in their place of worship, on the corner of Lasalle and Washington streets, next Lord’s day, April 8. In the morning at 11 o’clock there will be a discourse appropriate to the occasion by the Pastor W.W. Everts, D.D., and the celebration of baptism, and union communion of all the Baptist Churches in the evening. Former members and friends of the denomination, and citizens generally, are invited to attend. After next Sabbath the congregation will meet in Bryan Hall. Preaching at 10:30 a.m. by the Pastor.