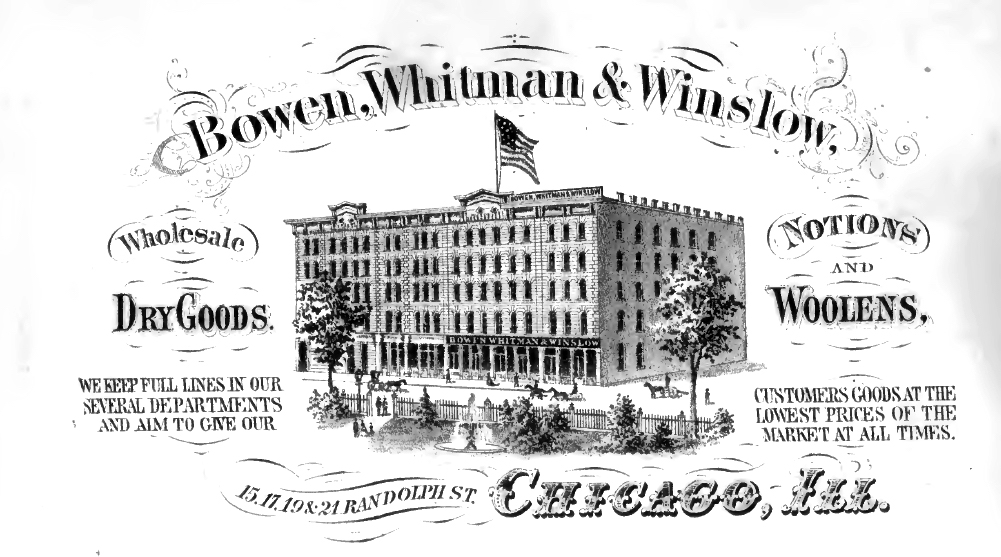 The five story Bowen Building was erected in 1866 by woolen merchants George and Chauncey T. Bowen. Bowen’s wholesale and retail woolen partnerships underwent a steady stream of changes, as George joined with and then separated from a number of partners, yet at the same time each firm was located in the Bowen Building. Eventually the firm became known as Bowen, Hunt & Winslow, and just before the Fire, under this name of Bowen, Whitman and Winslow. They operated successfully until 1871 with the three Bowen brothers, James T Hunt, and Almira Winslow as partners.