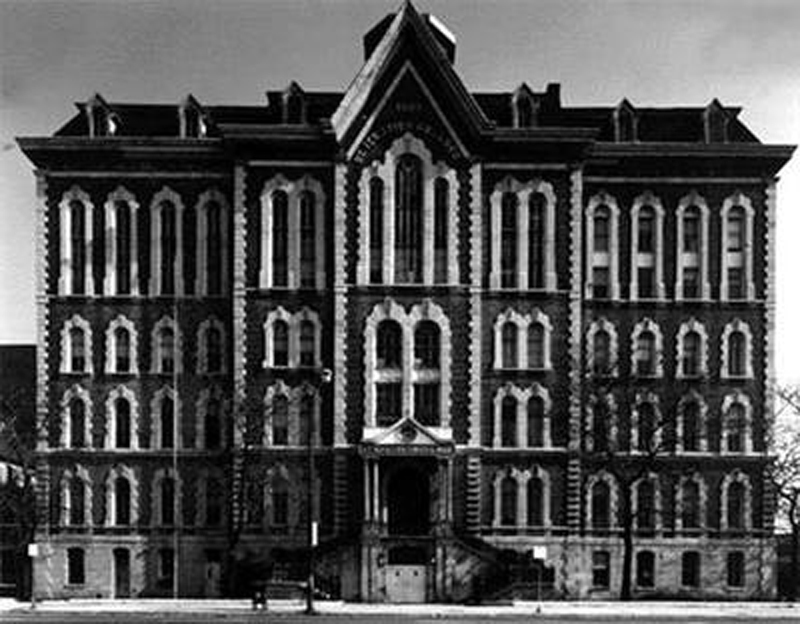 The main builiding of the prestigious St. Ignatius College Prep at 1076 W Roosevelt is one of 5 existing buildings in Chicago to have survived the Great Fire.

The school was founded in Chicago in 1869 by Fr. Arnold Damen, S.J., a Belgian missionary to the United States. The school is coeducational, Catholic, college preparatory and sponsored by the Society of Jesus (the Jesuits). The school enjoys a strong academic reputation within a faith-supportive school community.

The school’s main building was designed by the Canadian architect Toussaint Menard in the Second Empire style. It is one of the five extant, public buildings in Chicago that predate the Great Fire of 1871. Its construction was begun in 1869, a fact commemorated on the school’s façade. The main edifice is on the National Register of Historic Places and was designated a Chicago Landmark on March 1987. The 19 acre campus is located on Chicago’s West Side, adjacent to the campus of the University of Illinois at Chicago.

Features of the campus besides the 1869 building, include the Richard H. Driehaus “1895” Building, the Chicago Walsh-Slattery Center, the James and Genevieve McLaughlin Center and its 380 seat McLaughlin Theatre which features the “Bob Newhart” stage, with an interior modeled after still-extant, late 19th century Chicago theaters. The Grand Gallery on the fourth floor of the 1869 building features a marble plaque commemorating Saint Ignatius alumni who fought in the American wars. The richly paneled Brunswick Room, originally a natural history museum, holds a notable archive of the school’s and city’s history. 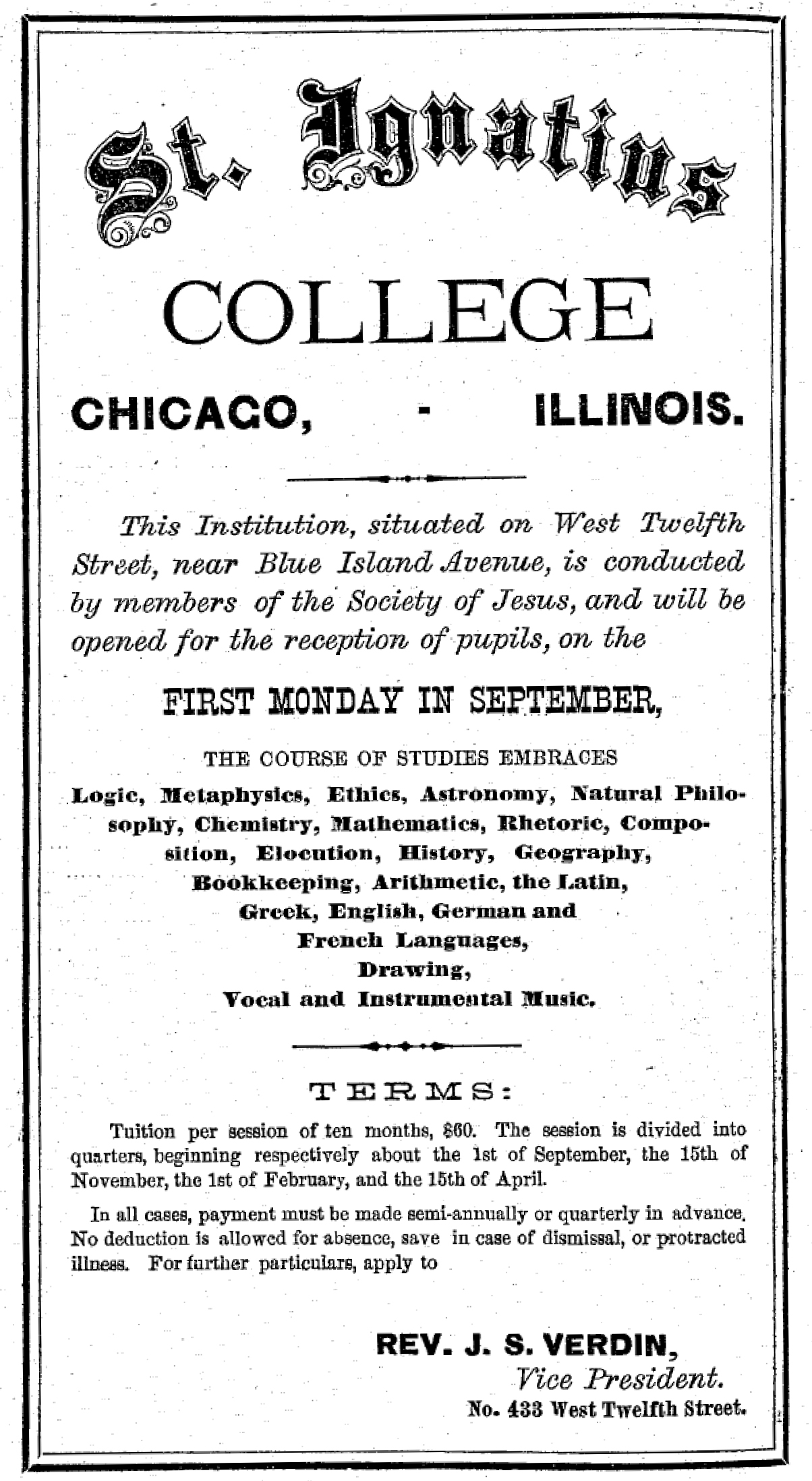 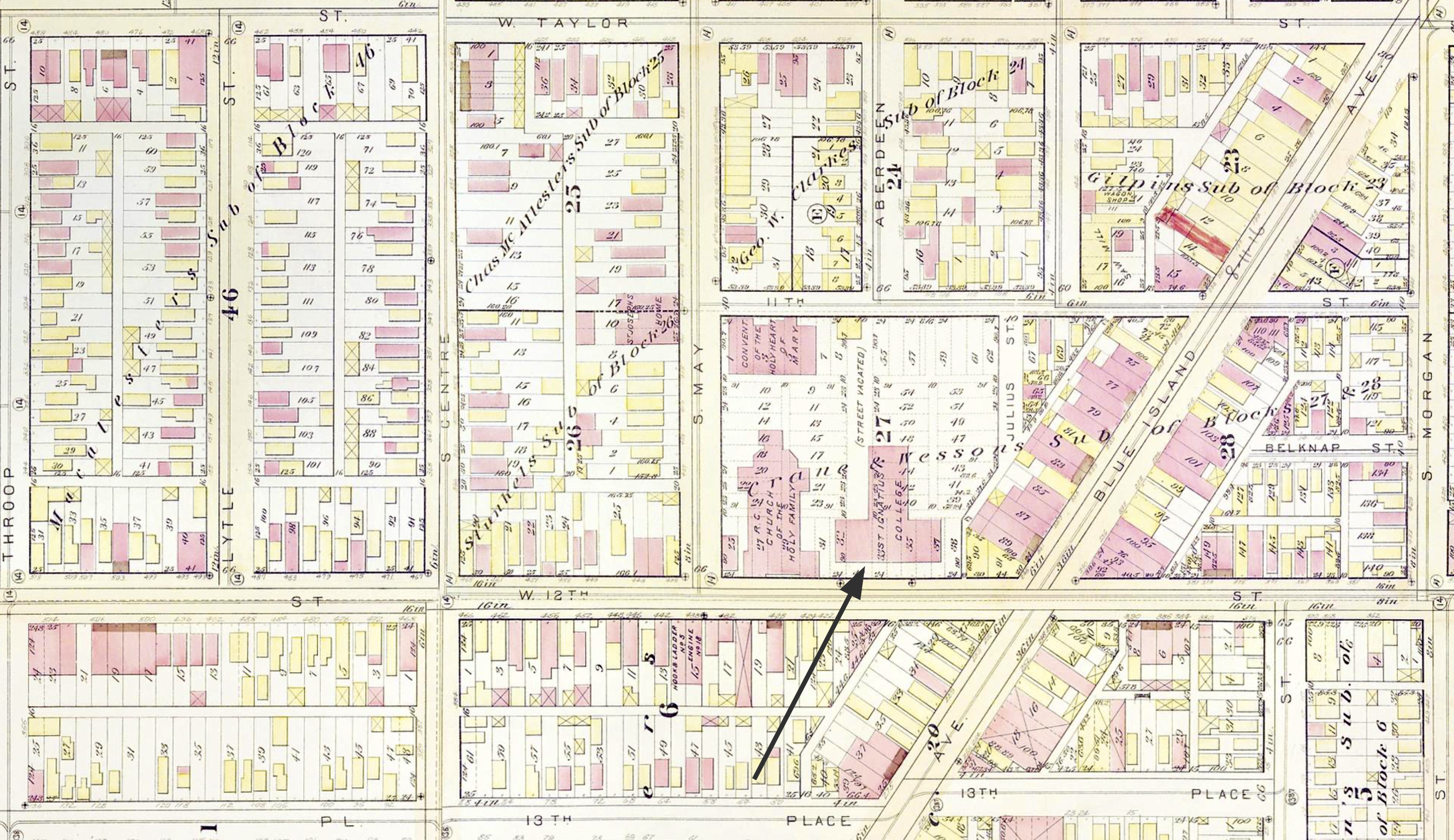