UNION BUILDING,
buildy under the direction of Mr. Frederik Baumann, of Washington street, from white limestone, fronting one hundrd feet on LaSalle and the same on Washington street, and consisting of four stories and a basement, the latter having twelve rooms, large and small, nine of which have vaults. The largest room being nineteen by seventy-three feet, has five rooms of different dimensions, three large and two small ones, the largest being thirty-four by fifty-six feet, and the smallest fifteen by twenty feet three inches. The block will be heated by fire places and stoves, and is expected to be completed by spring. The building is large and elegant, and will be an addition and credit to the city. The probable entire cost will be $120,000.

Messrs. Mead & Coe have removed their real estate office to the new Union Building, in the corner of LaSalle and Washington streets. This is one of the finest buildings in the city, and gives them a magnificent office. Mead & Co. are live, enterprising business men, have a thorough acquaintance with the location, nature, etc., of property, and have large lists on their hands for sale. 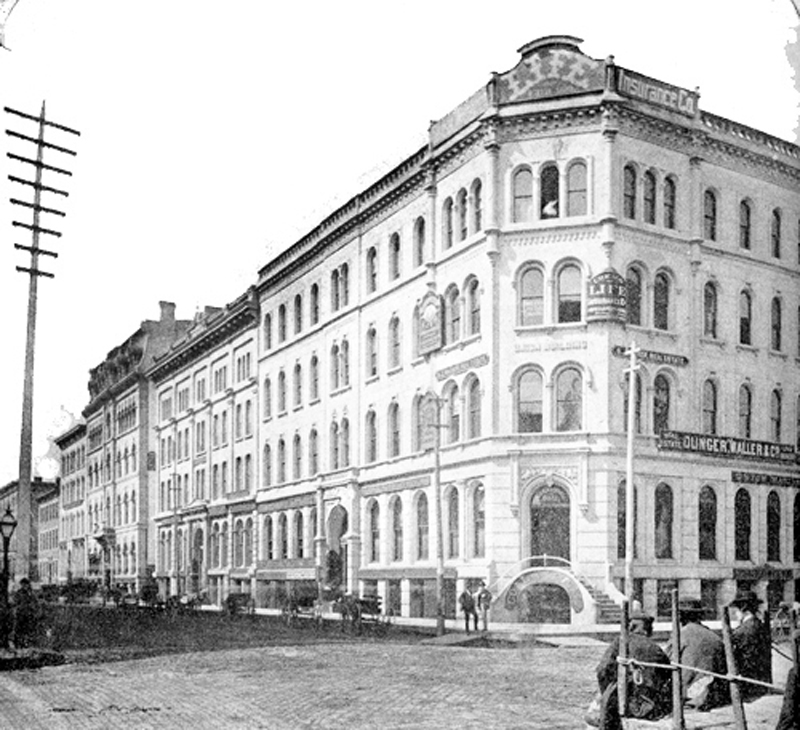 The Union National Bank occupied the corner of the first floor for a number of years, and it was during this time that W. F. Coolbaugh, its president, committed suicide at the foot of the Douglas monument. The Great Western Life Insurance Company, among others, also had headquarters in this building in 1868.

This structure is one of the most familiar in the city, because it is occupied in part as the central office of the Western Union Telegraph Company. Here are to be found the Atlas National Bank, the State Bank of Illinois (Felsenthal, Gross & Miller) and the International Bank—all reputable financial concerns. On the second floor are the offices of the Western Associated Press, from which news is distributed throughout the country. On the third, fourth and fifth floors are the general offices and operating rooms of the Western Union Telegraph Company. The headquarters of the Military Division of the Missouri were located on the fourth floor of this building for many years, and Gen. Phil Sheridan occupied the corner room of that story facing Washington and La Salle sts., from the completion of the building after the fire until his assumption of the generalship of the army. 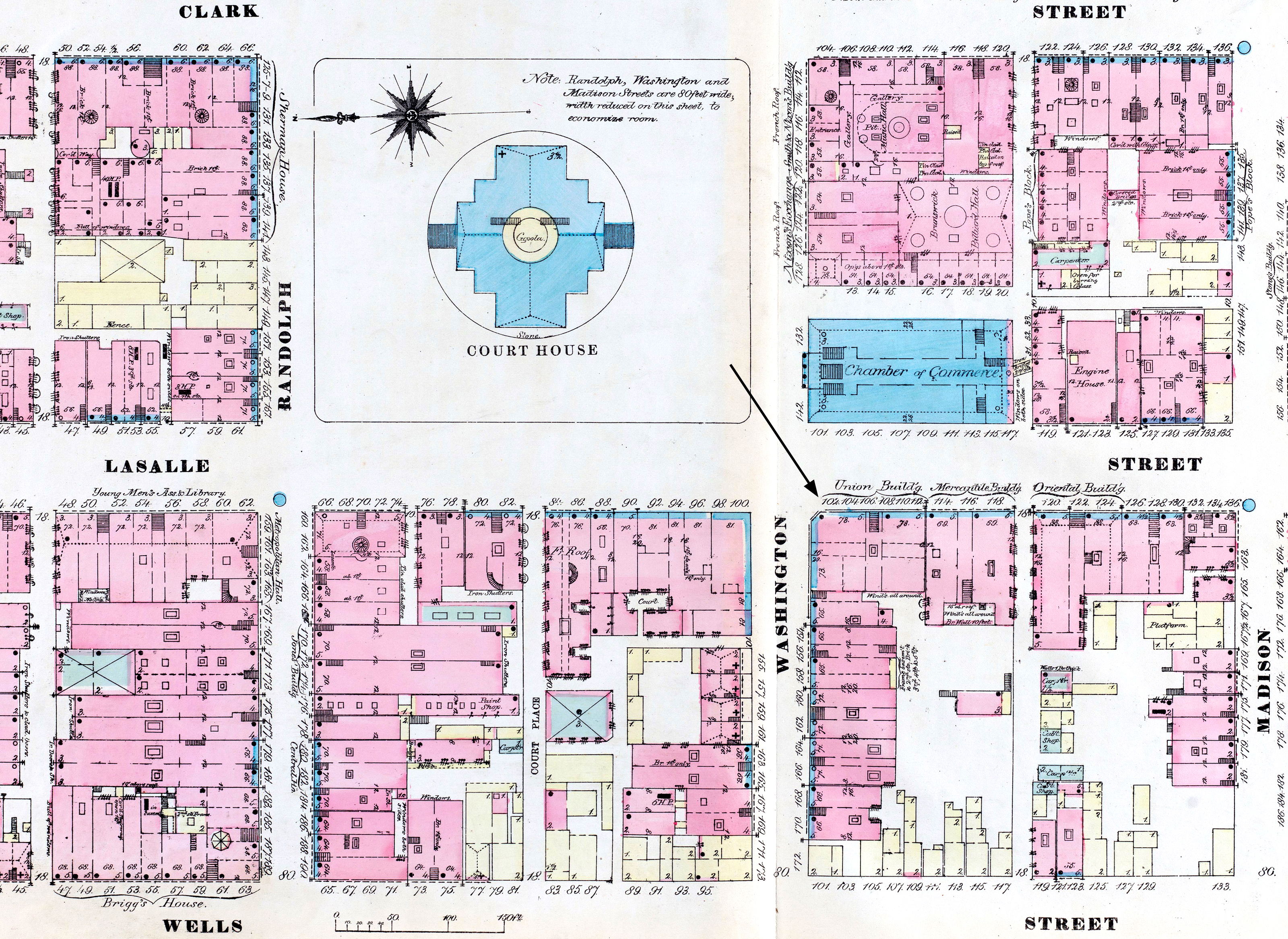