Mosher’s Art Gallery
Mr. Mosher’s Art Gallery at No. 30 Washington street, is now open for business, and all his friends are invited to call and see one of the most perfectly arranged galleries in the city. It is elegantly furnished, and the cameras were manufactured in Europe especially for Mosher. First-class artists are employed at this gallery, and consequently first-class work is always done. 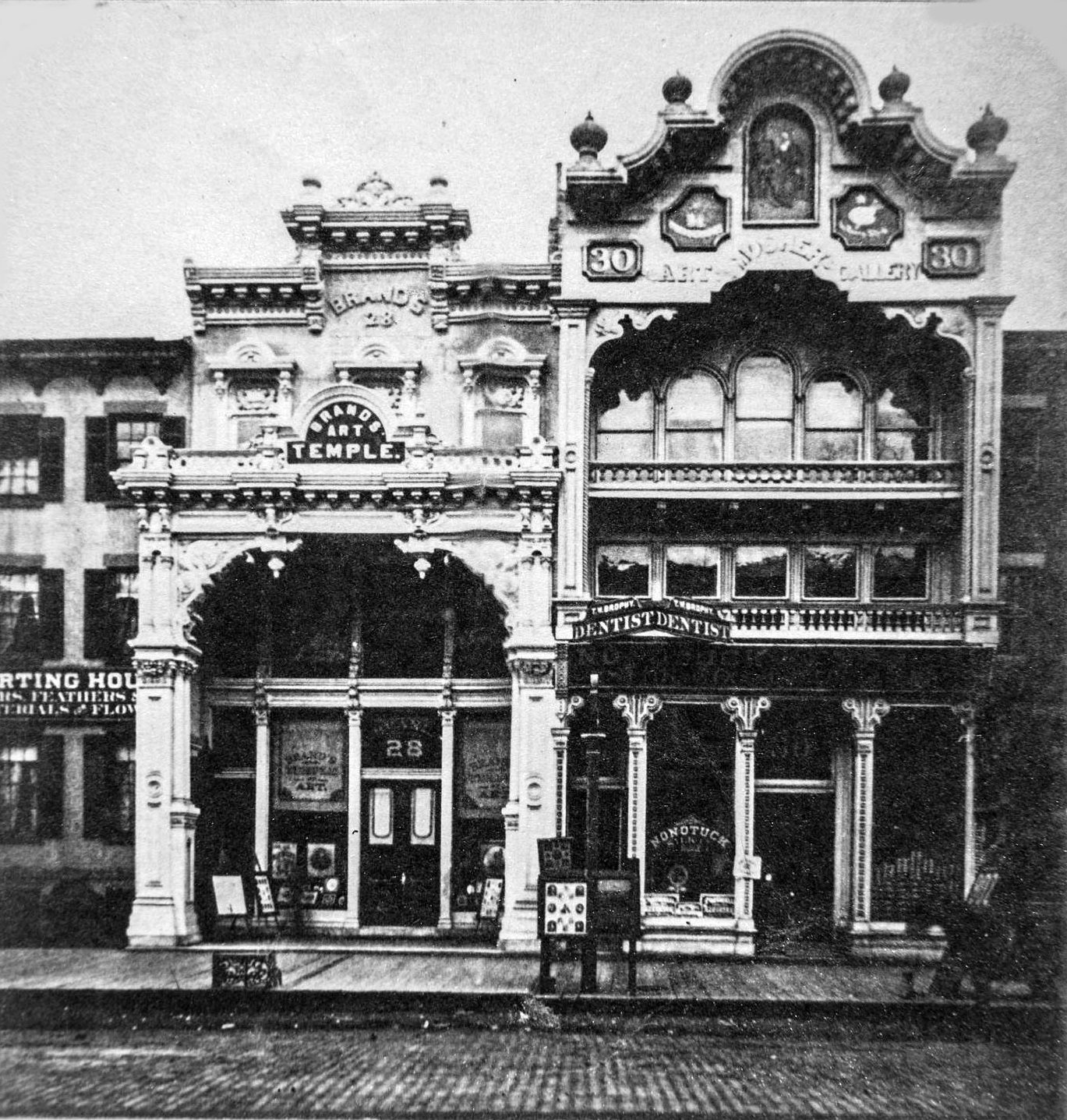 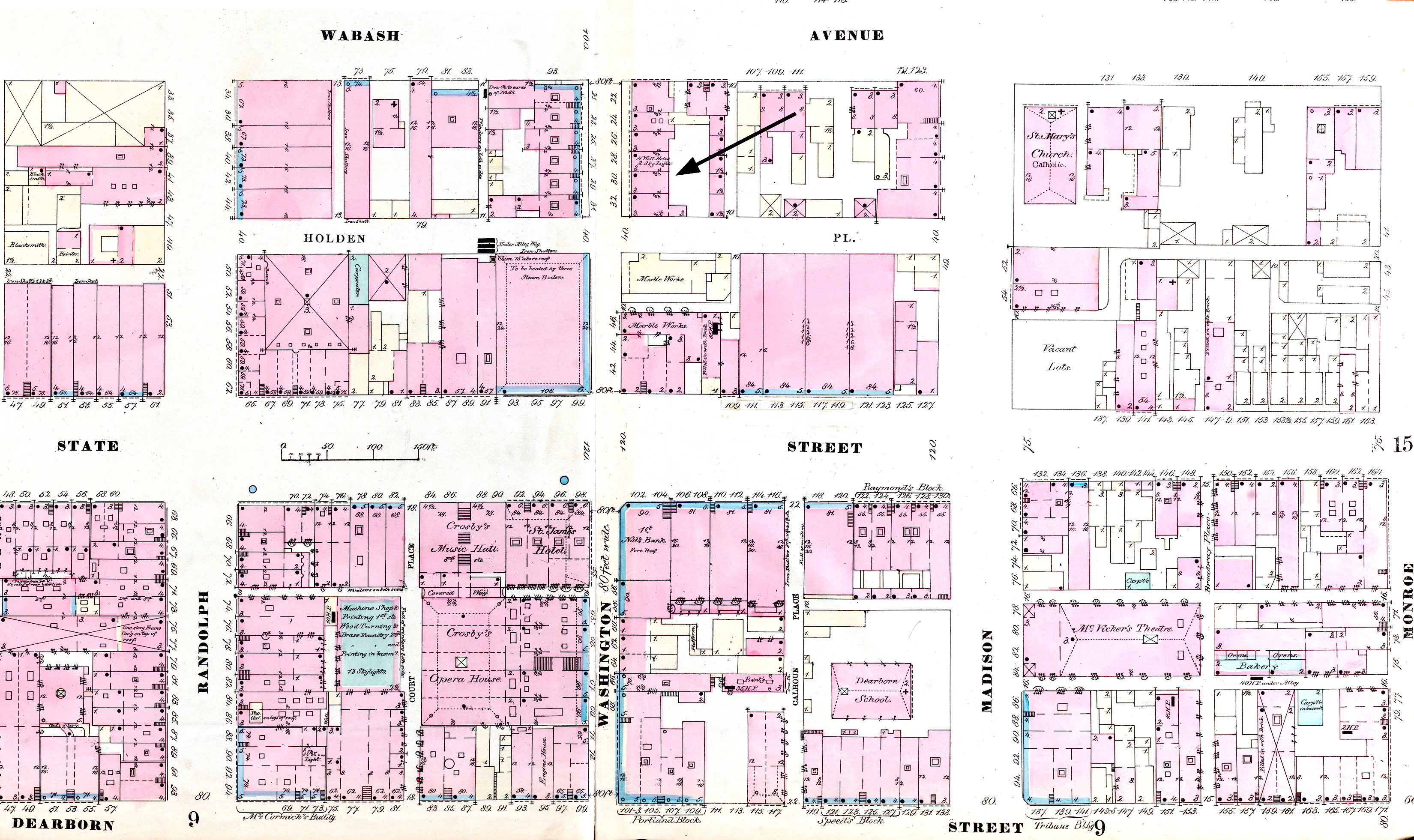 MOSHER, ARTISTIC PHOTOGRAPHER
We have noticed an editorial article written by Mr. Simpson of London, in the leading photographic journal of Europe. In this article is given a long and detailed description, from an artistic standpoint, of Mr. C. D. Mosher’s photographs:

Mosher’s photographs were not equalled in interest or or excellence. The careful rendering of light and shade, and half tone so perfect,—reminding us of Ruskin’s dictum to the effect that not even the space of a pin’s head in any natural object is without some degree of graduation,—has the appearance of living flesh, which would present a warm touch, and yield with a soft elasticity if the finger were pressed against it.

We notice that another editorial writer, this time in the great American Photographic Journal, Mr. E. J. Wilson, of Philadelphia, says:

Mosher’s photography is exquisitely beautiful, and fully up to the high standard of his art today.

Mr. Mosher has just returned from the East, where he had been in the habit of going during the past ten years, in the dull summer season, to study every improvement and novelty in his art. These improvements and novelties he is always the first to introduce to the Chicago public. Our representative, calling a Mr. Mosher’s place, No. 951 Wabash avenue, was particularly impressed with that artist’s Photographic-Historical-Autograph Album. This is a new and beautiful ides, certain to effect a revolution in the interest and sale of albums. We understand that Mr. Mosher is having a large number of these albums manufactured by the old-established house of Altemus & Co., Philadelphia, and that he will have these put in market by canvassers and agents on or before Jan. 1. They will be for sale only by Mr. Mosher, or his accredited agents. 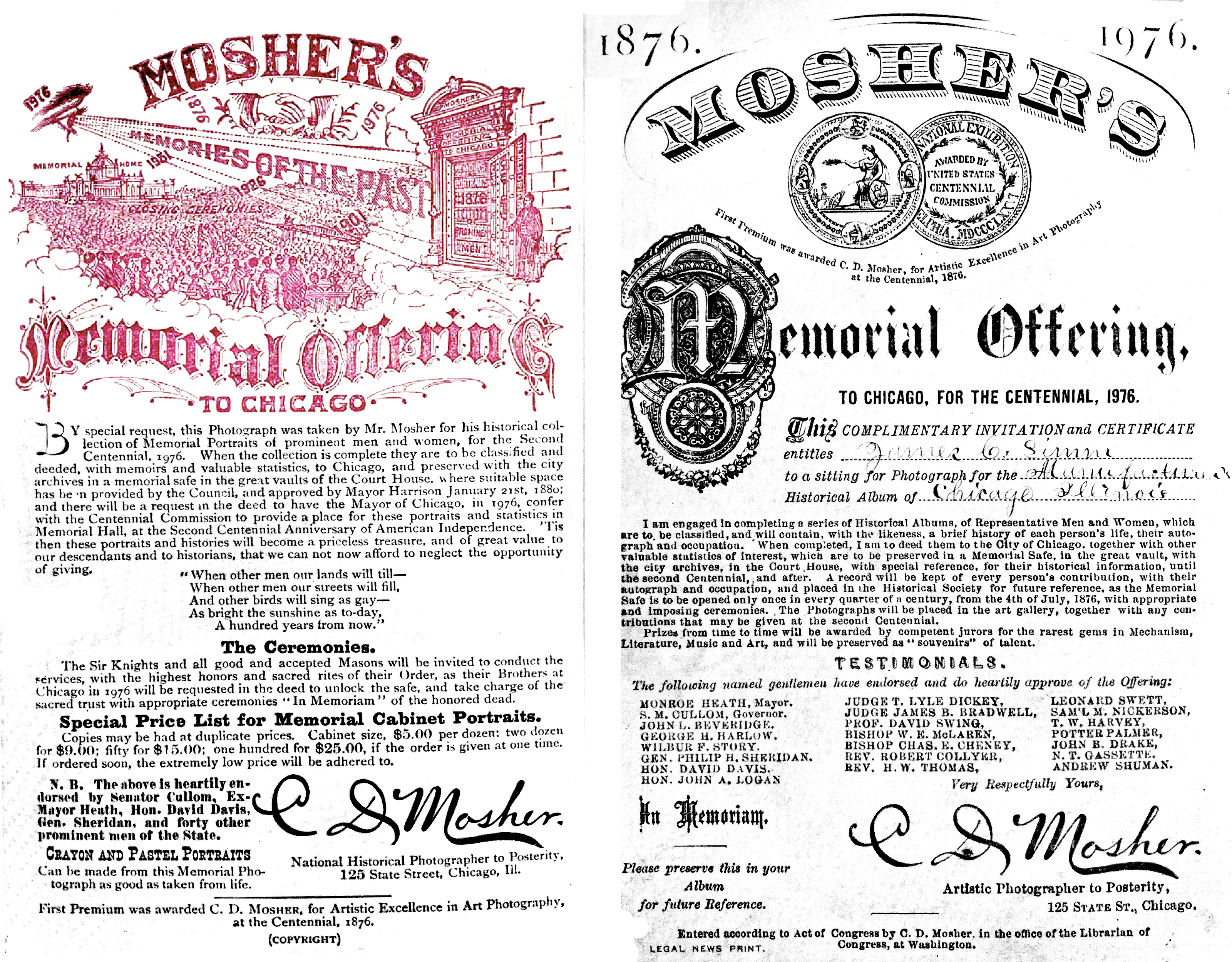 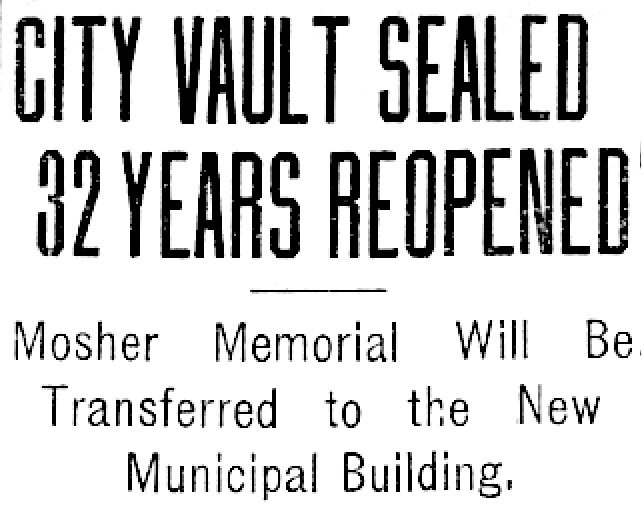 Photographs of several hundred pioneer Chicago business and professional men, together with a number of women who also were prominent in the city in the early days, were removed yesterday from the Mosher memorial vault in the old City Hall to a temporary vault in the present municipal building. They will be transferred to larger quarters when the new City Hall is completed, and all that will remain of the old vault will be the door, on which is the inscription telling of its mission. 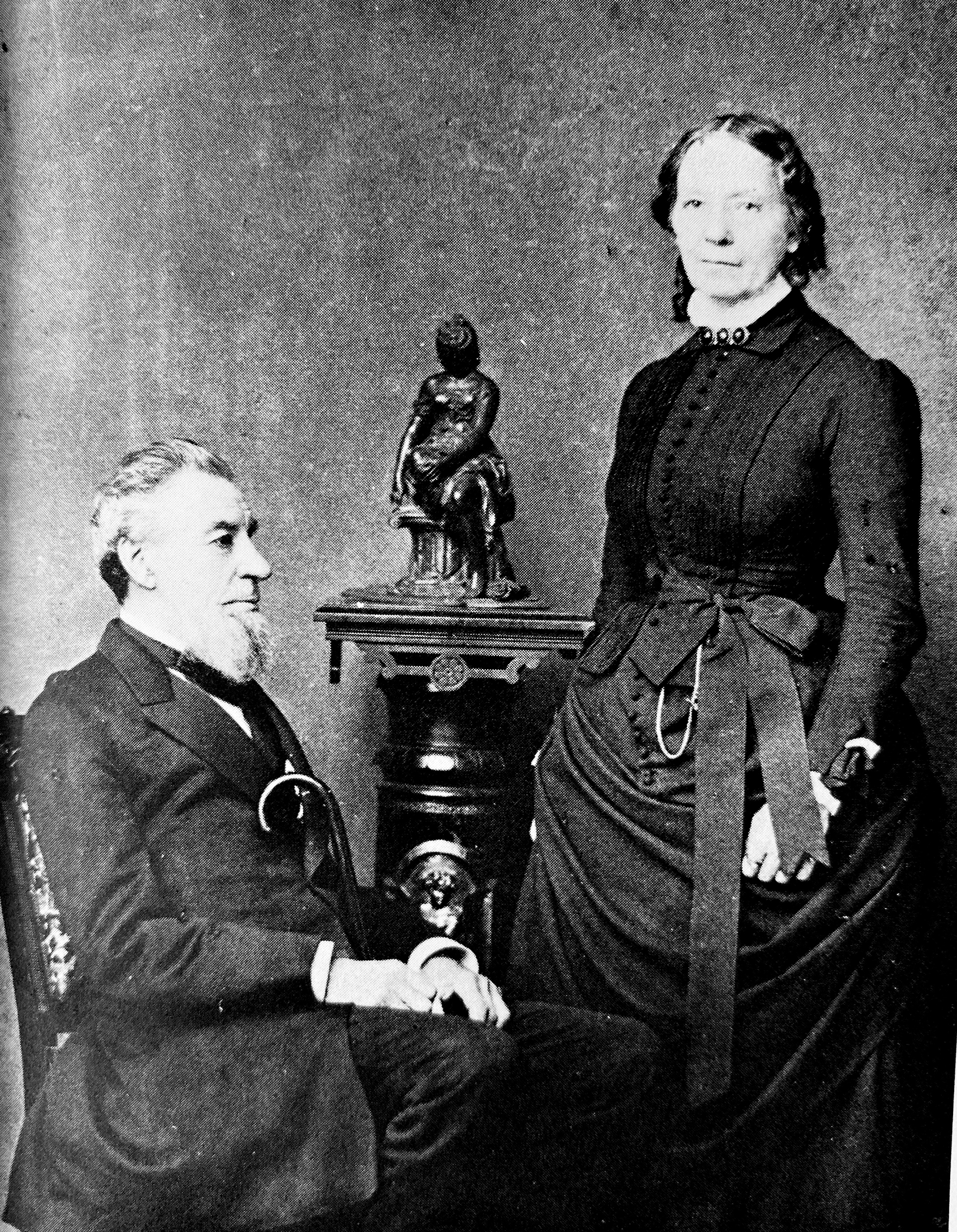 C. D. Mosher, who was a prominent photographer of Chicago in the early days, presented the vault and the collection of photographs. Most of them were in sealed packages. Those that were not sealed were in albums and contained short biographies of the originals. In all there were nearly 2,000 pictures.

Commissioner of Public Works. John J. Hanberg and his deputy, Paul Redieske, directed the removal of the pictures. A crowd of curiosity seekers watched the trausfer of the souvenirs after E. William Prestien, a safe expert, had removed the combination. The albums were passed around for inspection.

Mrs. Louis S. Mosher, a cousin of the donor of the collection, was present in the hope that she would be able to see a photograph of her mother. She was disappointed in her quest.

The door of the vault bore the inscription: 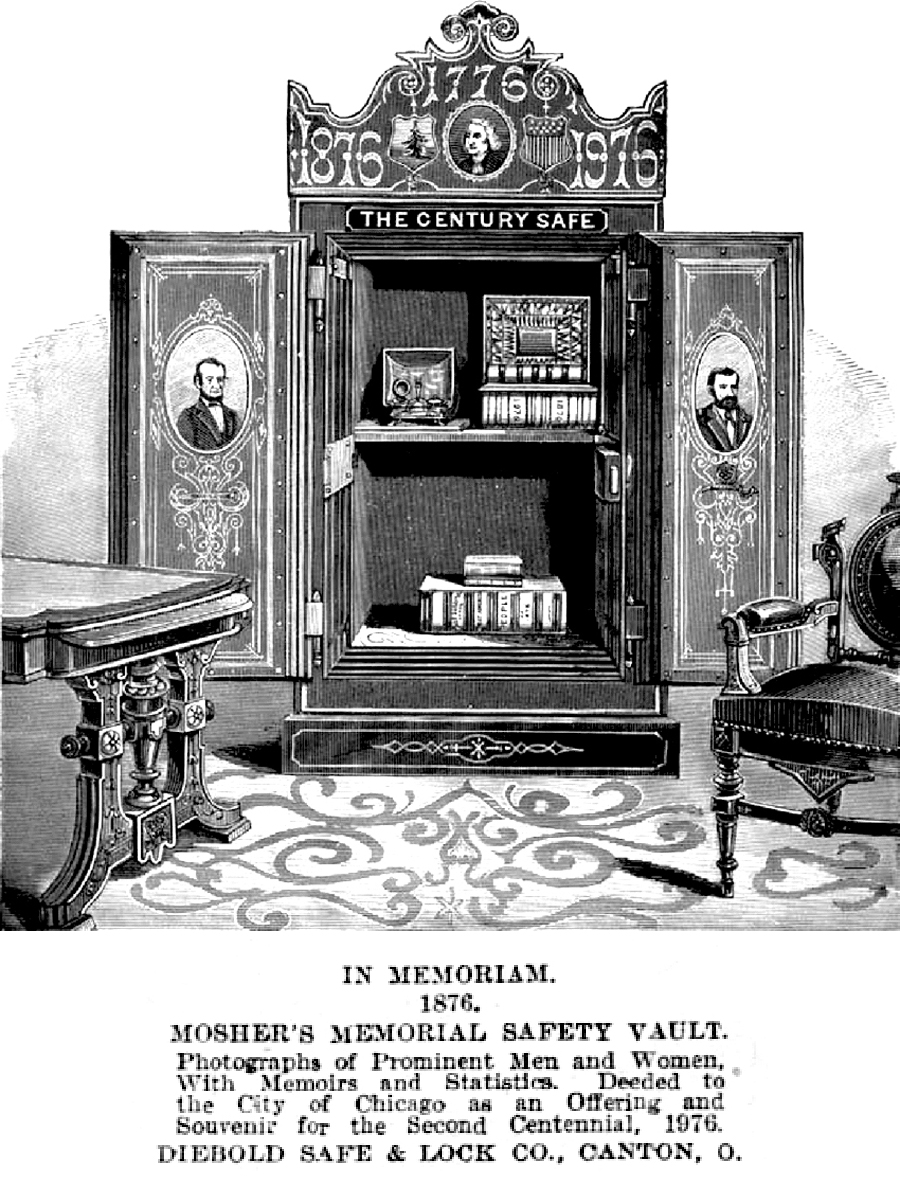 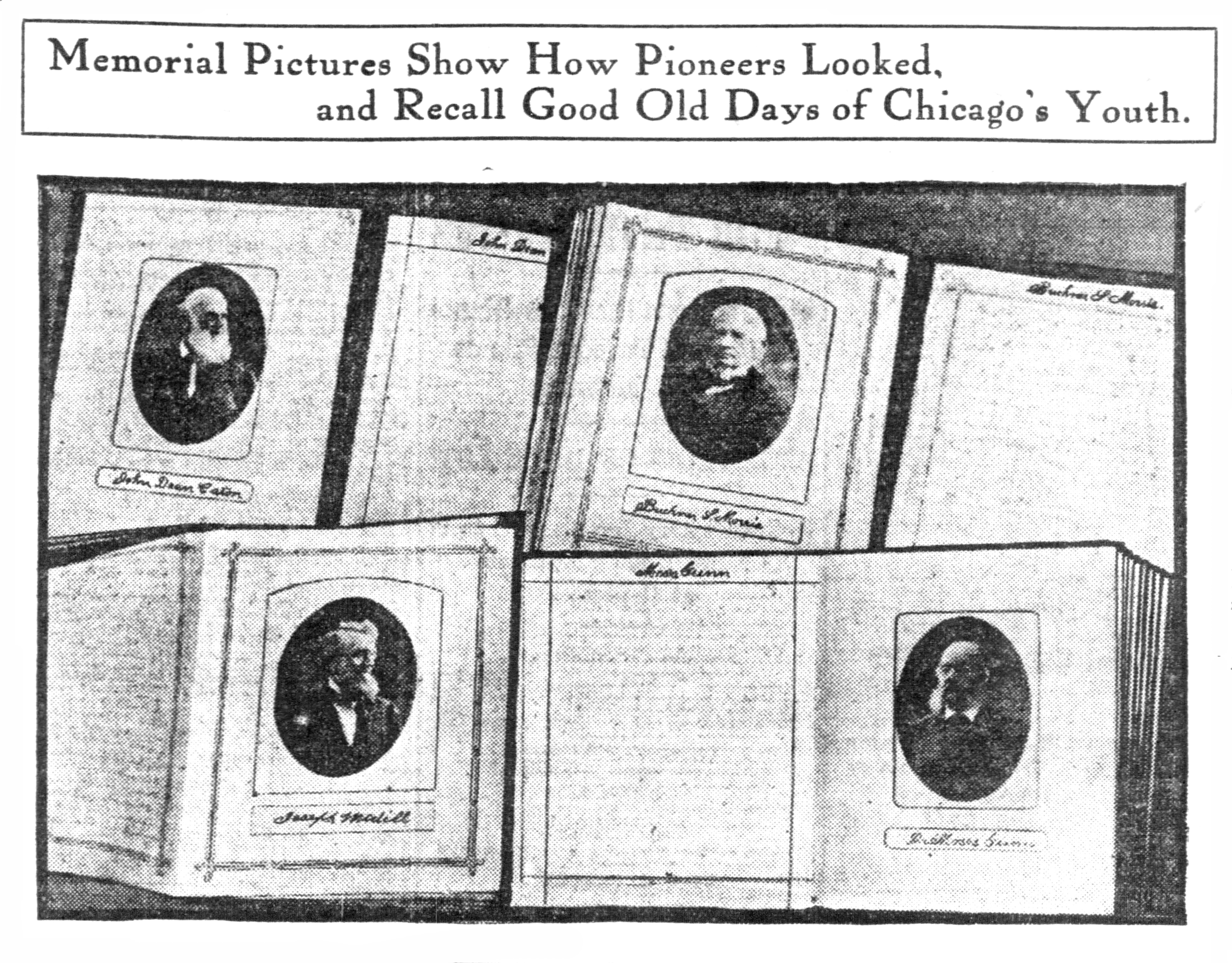 Five albums, full of the faces of men whose names for the most part are now known across the continent, were opened for a moment and then closed up again, to remain secure from light and air until 1976. 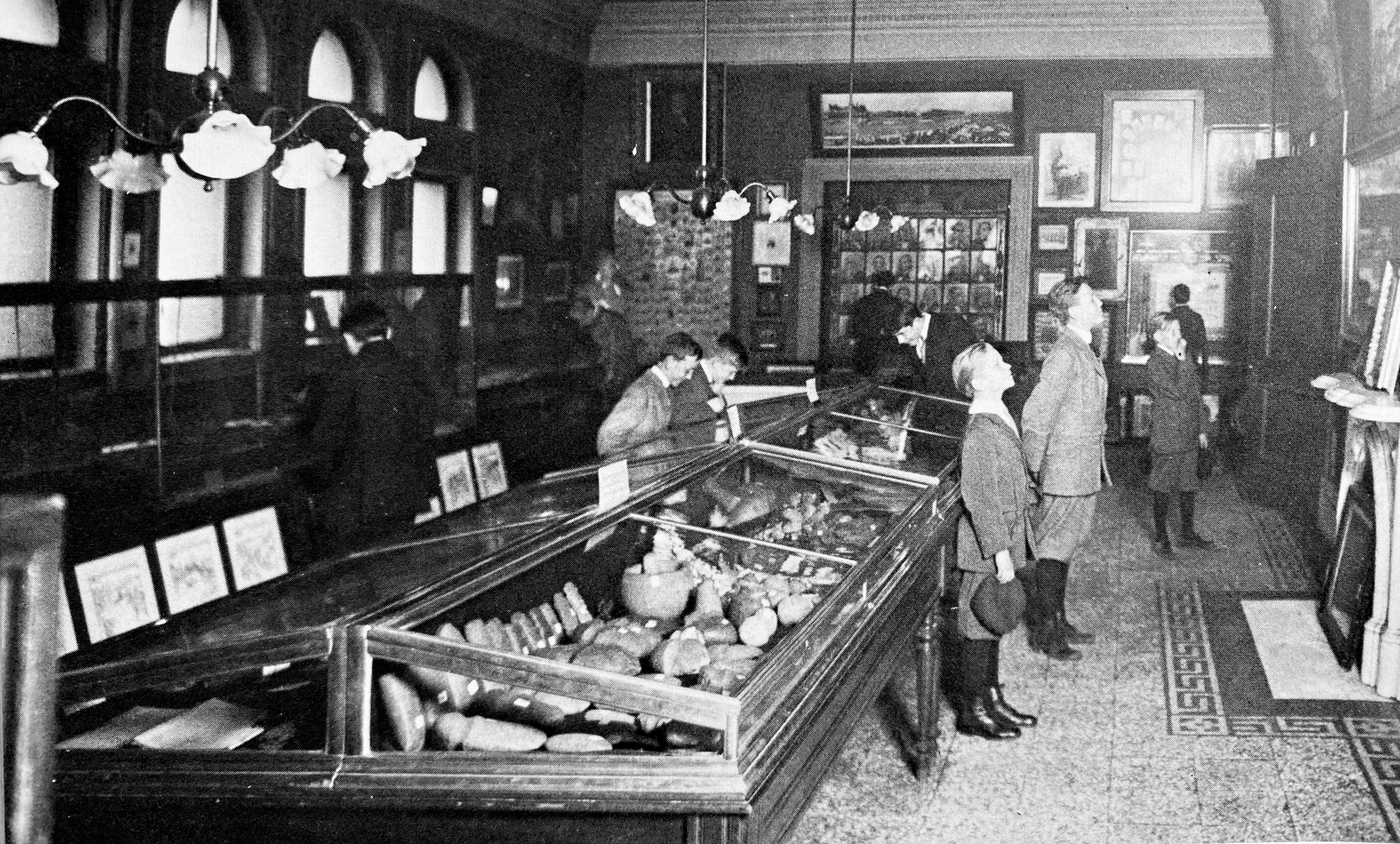 In response to demands to view the Mosher memorial photographs of prominent Chicagoans from 1876 to 1883, which by direction of the donor’s will, are to be exhibited every twenty-five years, the collection will be on display at the Chicago Historical society for the entire summer beginning July 6, it was announced yesterday by officials of the society.

Mr. Mosher left the collection, which consists of about 10,000 photographs, with directions that it be exhibited every quarter of a century until 1976 and then displayed permanently. The society had overlooked this provision until besieged by the old time Chicagoans who came to the building to view the pictures in connection with the sesquicentennial celebration.

More than 100 years ago Chicago’s most famous portrait photographer, Charles D. Mosher, began planning an exhibit for the Bicentennial. It opens today at the Chicago Historical Society.

From 1875 to 1890 Mosher photographed thousands of prominent men and women with the iudea that the “cabinet size” photographs would be exhibited during the Bicentennial “so the public and the descendants of the photographed persons may see their ancestors and know what sort of men and women they were.” These portraits, some bound in elaborate leather volumes, were his Memorial Offering to Chicago.

Mosher nominated himself National Historical Photographer to Posterity and set about making a “complete historical record.” His last work was shown by the society in 1926. The new, larger exhibit includes five of his albums he exhibited at the Philadelphia Centennial exposition, advertising handbills and the kind of camera he used. Among the letters and other documents on view are some relating his favorite causes—women’s rights and temperance.

Charles D. Mosher, one of the oldest photographers in Chicago, was prostrated yesterday afternoon in Ernest W. Kohlsaat’s Washington street restaurant, and expired immediately. He was 68 years old, and had been established here in the photographic business from 1863 up to four years ago, when he sold out to engage in other lines.

Mr. Mosher had entered the restaurant in the company of M. J. Garcelon, a business acquaintance, and and just taken his seat at a table. Without any previous indication of illness, he suddenly fell to the floor in convulsions.

Mr. Garcelon and several bystanders hastened to assist Mr. Mosher, but it was soon evident that he was beyond human help. He expired without regaining consciousness.

The body was taken to Rolston’s, 22 Adams street. It is thought death was caused by apoplexy. An inquest will be held today.

Mr. Mosher’s residence has been for some time past at 6455 Ingleside avenue. Mrs. Mosher and two sons by a previous marriage survive. The sons are C.W., and E.W. Mosher. C. W. Mosher was the President of the Capital National Bank of Lincoln, Neb., which met disaster in 1891. Both sons at present reside in Chicago.

Mr. Mosher was born in Providence, Saratoga County, N.Y., on Feb. 10, 1829, his parents being English Quakers. He served an apprenticeship with a cabinetmaker, but when 20 years old he became interested in photography, the art being comparatively in its infancy.

In 1849 young Mosher went to Albany, N.Y., to enter the studio of an old acquaintance, who was then at work upon a number of pictures which were to be taken to the world’s fair in London in 1851. Here he gained his first experience in his chosen profession.

For a number of years thereafter Mr. Mosher travelled extensively through western New York, Pennsylvania, and Illinois with a small protographing outfit, taking pictures of pioneers wherever he could find a place to set up his shop for a few days.

In 1863 he settled permanently in Chicago, opening an establishment at 163 Lake street.

Days of Pioneer Photographers.
Those were the days of such pioneer photographers as Hasler, Fassett, Carbutt, and Rocher, who had their share in bringing the art of photography to its present state of excellence. Mr. Mosher did his part, and by means of an improved device for transmitting light contributed materially to the solution if one iof the most perplexing problems photographers had to meet.

Mr. Mosher was for over fifty-one years a member of the Independent Order of Odd-Fellows. He was also a member of Plymouth Congressional Church.

Mr. Mosher’s most notable work was in taking and collecting the pictures of national celebrities and the pioneer settlers of Chicago and its vicinity. Lincoln, Grant, Sherman, and their contemporaries had posed before his camera, and his collection of the pictures of old settlers was regarded the most complete in existence.