In 1856, five leading citizens gathered in the Marine Bank Building office of J. Young Scammon at Lake and LaSalle Streets “for the purpose of organizing a Historical Society.” Early the following year, one of these men, attorney I. N. Arnold, then a member of the Illinois legislature, successfully introduced a bill to incorporate the Chicago Historical Society—only twenty years after the city itself had been incorporated. In November of 1864 the Society formed a Building Committee that soon purchased from Arnold a lot at the northwest corner of Dearborn and Ontario streets, on which it proposed to erect a headquarters that would be “solid, substantial, and fireproof.” The architect Edward Burling prepared the design seen here. Only the west third was completed by the time of the opening on November 19, 1868.

Chicago Historical Society I
Ontario and Dearborn
About 1869

THE HISTORICAL SOCIETY’S BUILDING.
The loss of the Historical Building is irreparable. The library embraced 17,500 bound volumes, 175,000 pamphlets, and complete sets of dies of the Chicago newspapers. This collection embraced a complete record of the history of Chicago from its earliest days to the present. In addition to the library, the society owned the original draft of the Emancipation Proclamation by President Lincoln, a complete set of the Chicago battle flags, the Healy Gallery of three hundred paintings, Diehl’s Hamlet, Conture’s Prodigal Son. and Volk’s bust of Mr. Lincoln—the only one for which Mr. Lincoln had a life-sitting. The loss of these treasures of art and literature will be felt more keenly in the future than st present. They are treasures which cannot be replaced, and in their loss the history of the city is lost also.

Previous to the great Chicago fire of 1871 there were but two libraries in Chicago open to the public. One of these was that of the Young Men’s Association, organized in 1841. The other was the Chicago Historical Society Library, founded in 1856, which may be said to have had a continuous existence of fifty years, for although the entire collection, amounting to 100,000 volumes, manuscripts, and pamphlets, was destroyed October 9, 1871, yet before the end of November of that year, active steps had been taken to resume the work. Sister societies in all parts of this country, and even abroad, contributed their publications and duplicates, and the New England Historic Genealogical Society, of Boston, placed a room in its new fire-proof building at the disposal of this Society, to which the various donations were sent until a safe place of deposit could be provided. Very considerable collections were soon made and forwarded to Chicago, only to be consumed in the fire of July, 1874. Undismayed by this second calamity, a few enterprising and cultured men, true to the brave and sterling qualities for which Chicago has become famous, stood together and began again the work of the Society, at a time when men of less exalted ideals would have felt justified in turning their whole attention to the re-establishment of their own homes. As the result of such heroic effort the Society met for the first time in its temporary building, October 16, 1877, with the nucleus of a third collection, and with a prestige heightened by these vicissitudes. It was even possible to reassemble the greater portion of the rare books and newspapers destroyed, for members of the Society contributed their personal copies of these works, and hundreds of volumes in the Library bear the autographs of pioneer citizens. 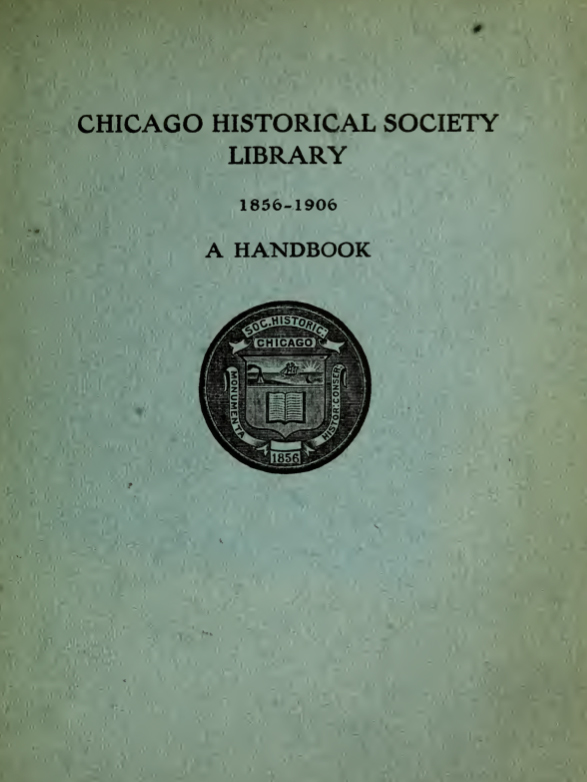 The Other Society’s Buildings 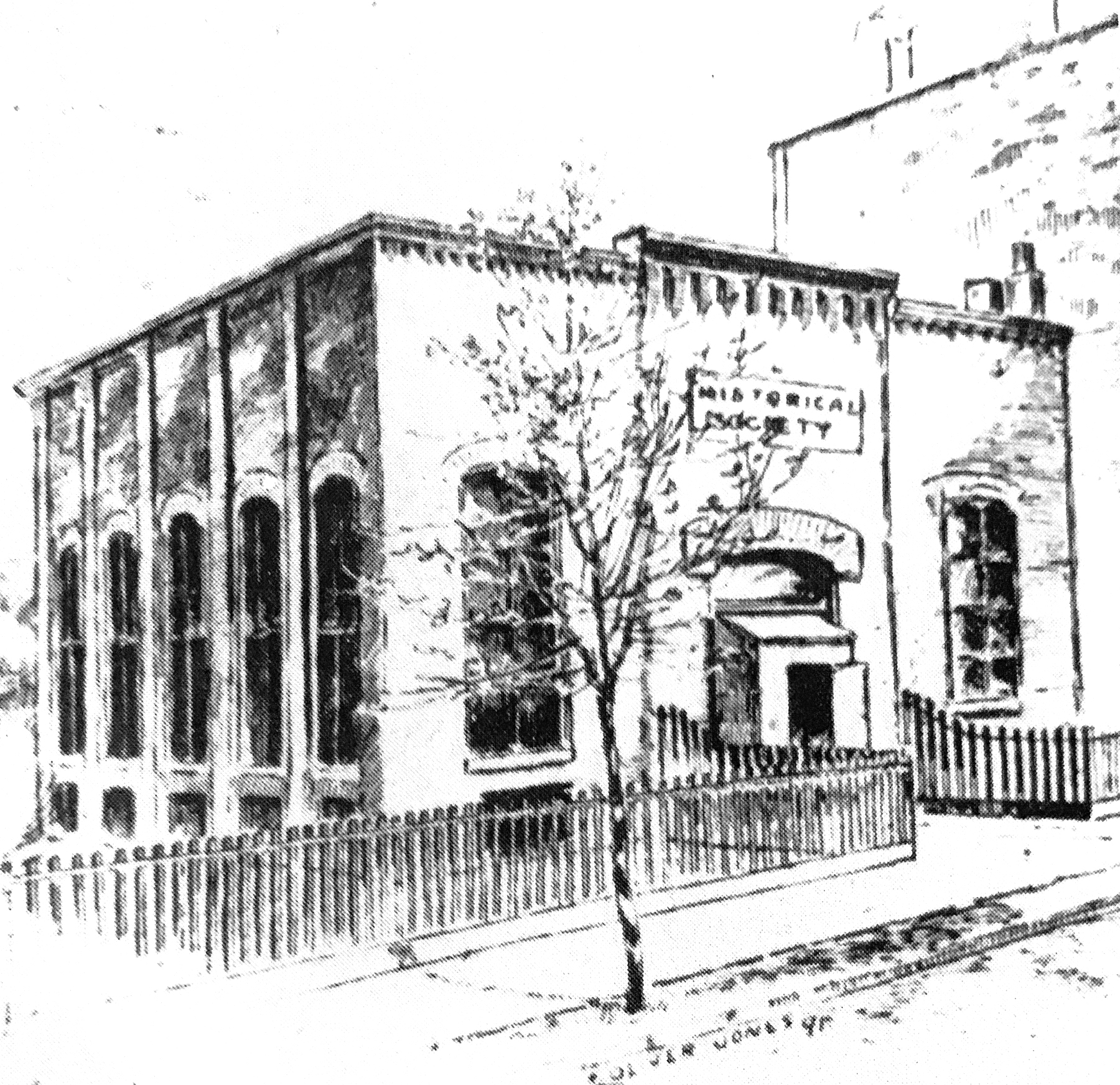