Temporary Removal.—John R. Walsh, well and widely known in the news trade, has removed temporarily to the store No. 102 Madison street, three doors west of his old stand, while the latter, on the corner of Madison and Dearborn street, is being built up with an elaborate store, which Mr. Walsh is to occupy, on its completion. He is enterprising, and well deserves his success. 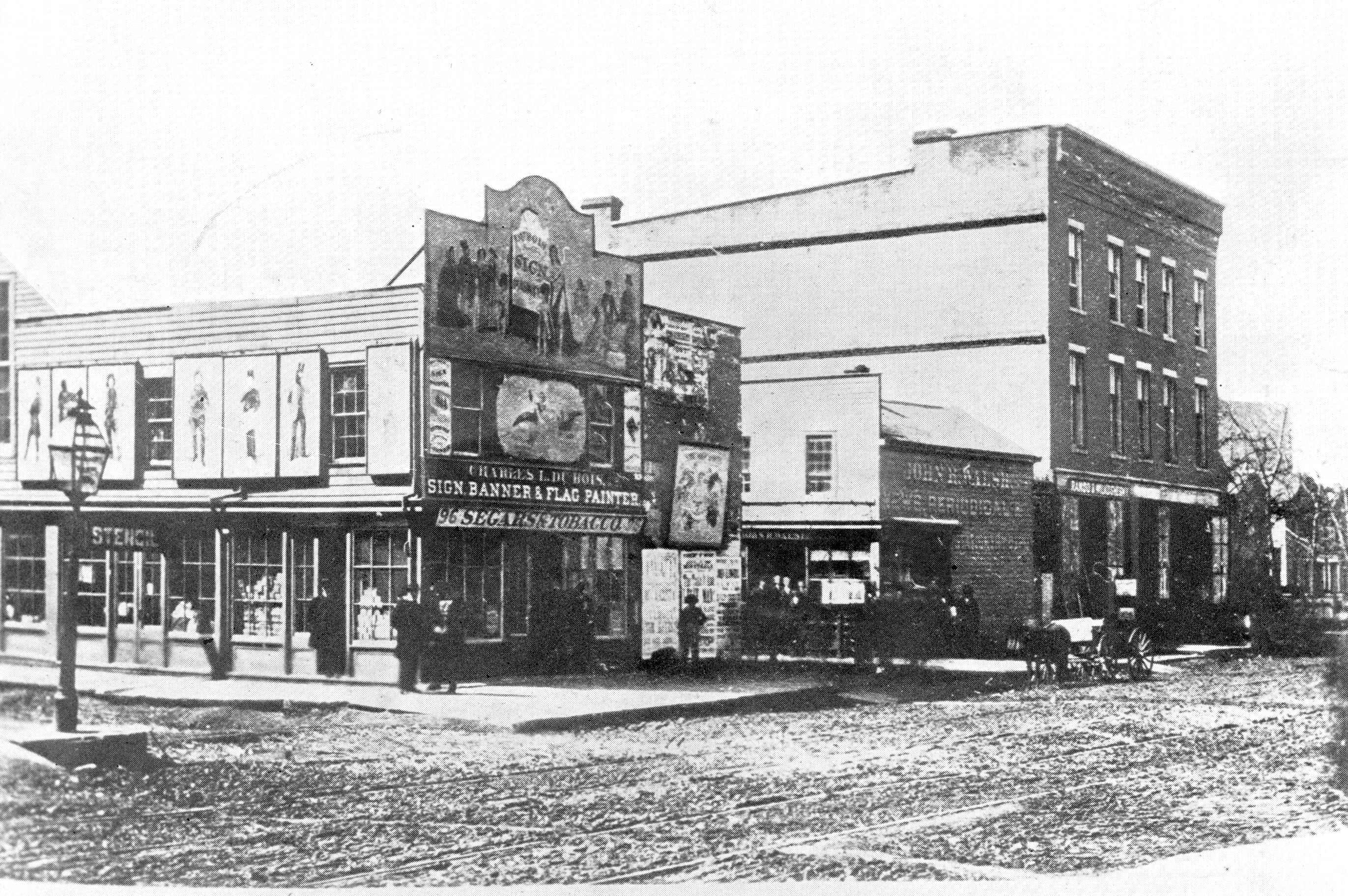 Madison and Custom House Place
About 1860 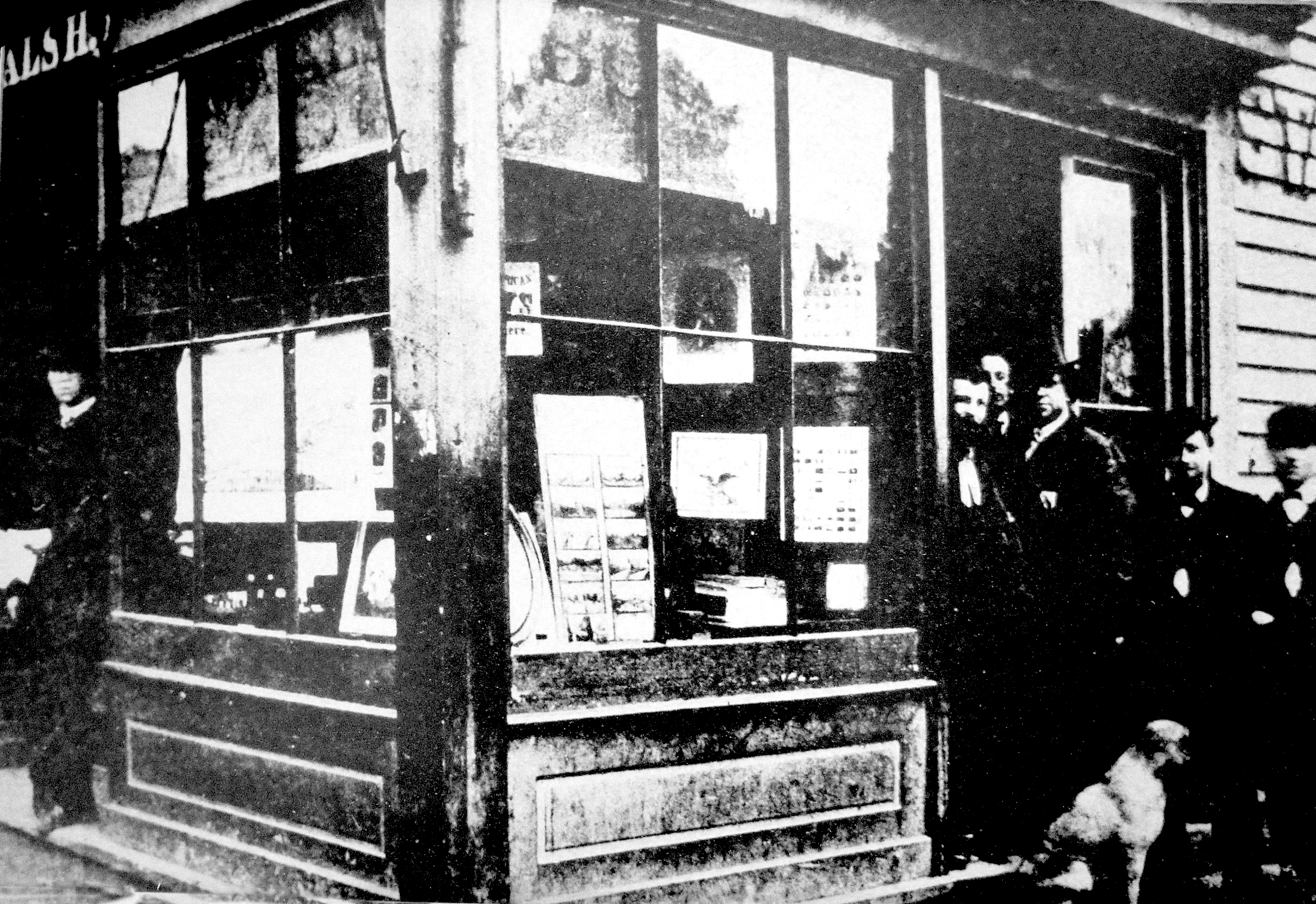 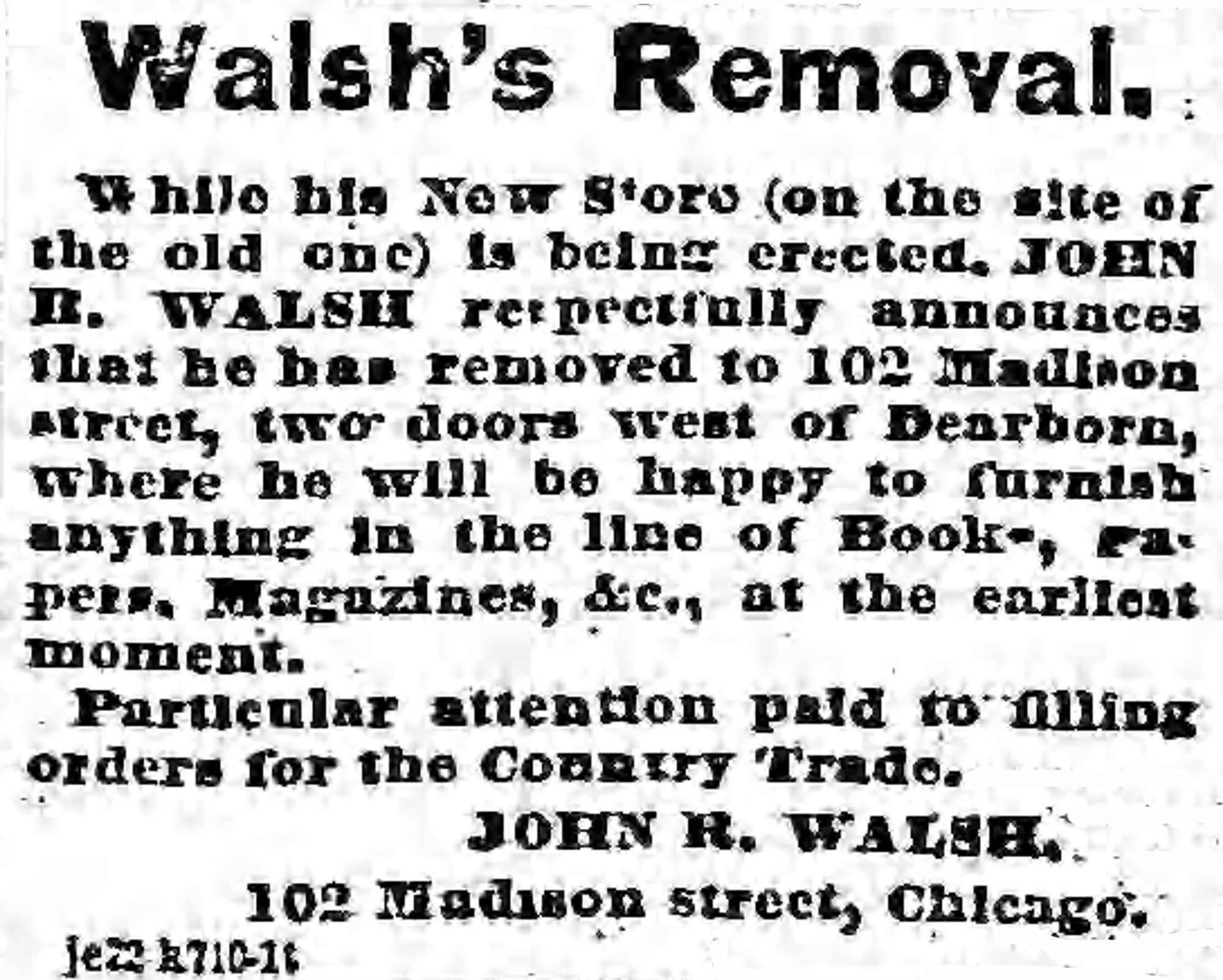 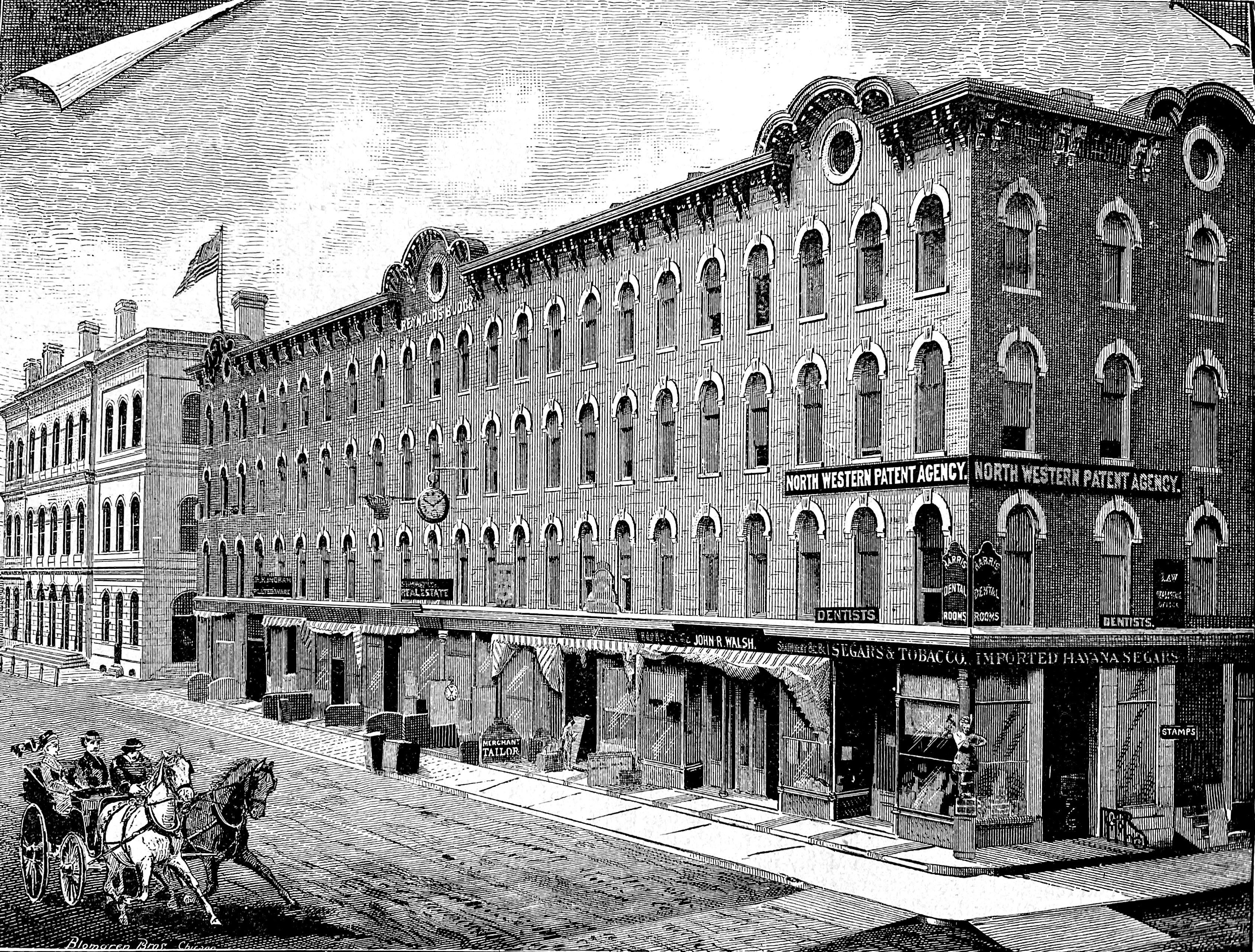 Reynold’s Block
John Walsh’s original store stood on the corner of Madison and Custom House—so named by Mr. Walsh. The front of his store, can be seen in this cut of the front line of Reynolds’ Block. 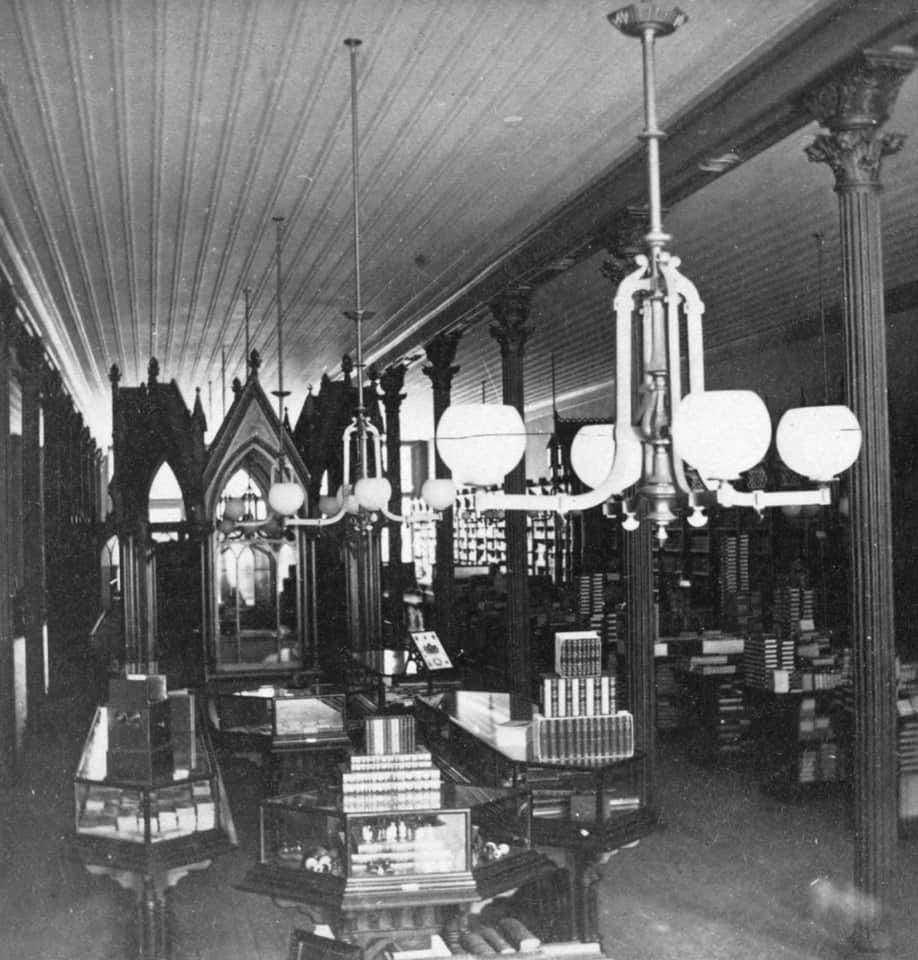 Married.—Mr. John R. Walsh, the enterprising newsdealer and one of the most successful and popular business men in the city—altogether estimable as a man as well as a merchant—
was married yesterday evening to Miss Mary Louise Wilson, lately a teacher in the Haven School. 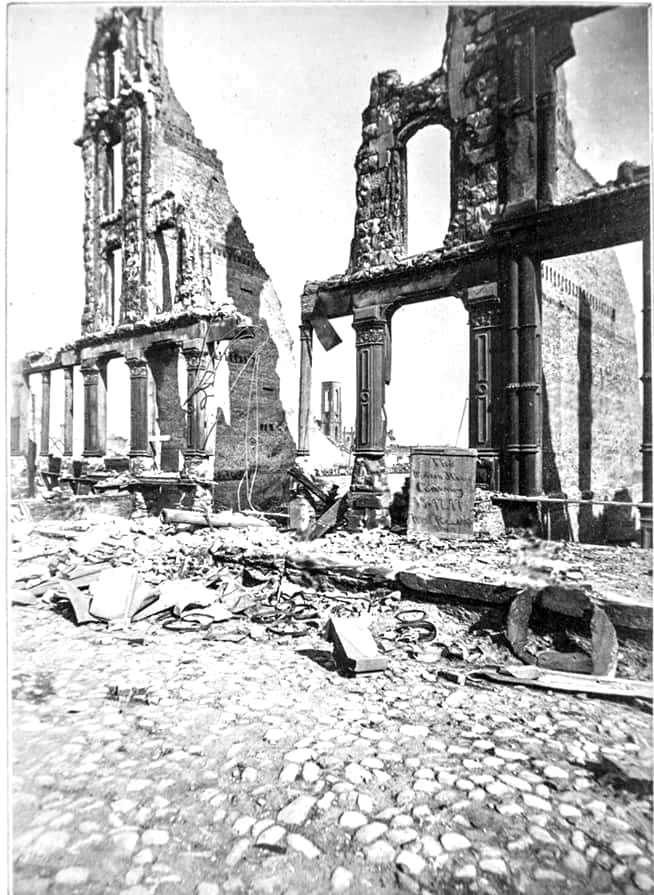 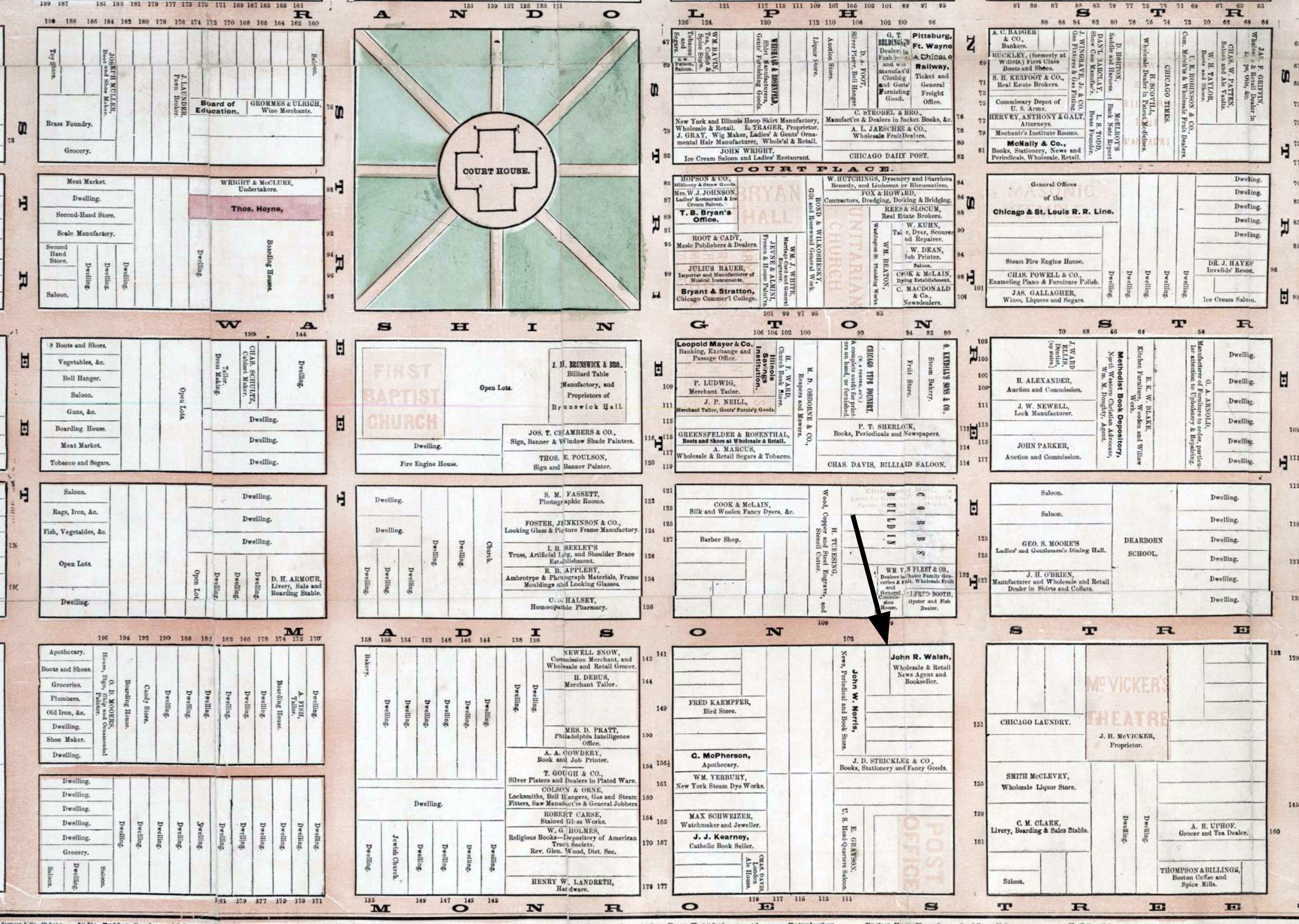 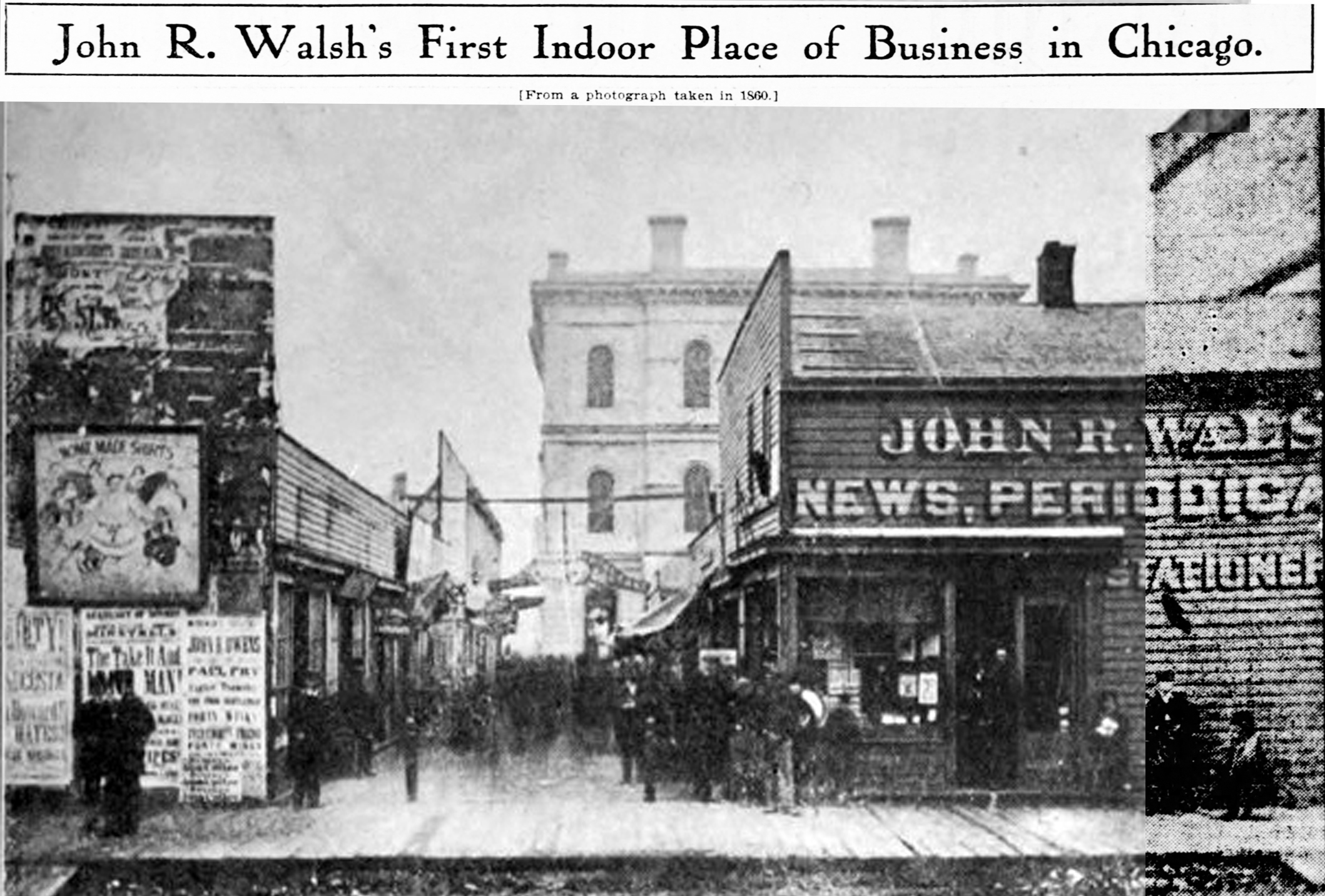 John R. Walsh’s news depot with the Custum House/Post Office behind it. In 1865, Walsh’s building was replaced by Reynolds’ Block.

Old friends of John R. Walsh said yesterday, that his keenness to possess millions first was manifested when he conducted a small news stand at Madison and Dearborn streets on the present site of the Hartford building in 1860. The building faced what was known as Postoffice alley, a little back from Dearborn street. The postoffice is shown in the distance being the large stone building over on the Monroe street frontage. Mr. Walsh’s rise as a business man dated from his acquisition of the small one story frame building store. It was a resort for the politicians and small merchants of that day, who came in the next few years to get the war news.