The modern paper grew out of the February 1, 1948 merger of the Chicago Sun, founded on December 4, 1941 by Marshall Field III, and the Chicago Daily Times. Before Rupert Murdoch’s 1984 purchase, the newspaper was for a time owned by Field Enterprises, controlled by the Marshall Field family, who also owned WFLD channel 32 since it’s inception in 1966. During the Field period, the newspaper had a populist, progressive character that leaned Democratic but was independent of the city’s Democratic establishment. Although the graphic style was “urban tabloid”, the paper was well-regarded for journalistic quality and did not rely on sensational front-page stories.

On the first day of the Murdoch ownership, film, critic Roger Ebert described the day in detail:

On the first day of Murdoch’s ownership, he walked into the newsroom and we all gathered around and he recited the usual blather and rolled up his shirtsleeves and started to lay out a new front page. Well, he was a real newspaperman, give him that. He threw out every meticulous detail of the beautiful design, ordered up big, garish headlines, and gave big play to a story about a North Shore rabbi accused of holding a sex slave.

The story turned out to be fatally flawed, but so what? It sold papers. Well, actually, it didn’t sell papers. There were hundreds of cancellations. Soon our precious page 3 was defaced by a daily Wingo girl, a pinup in a bikini promoting a cash giveaway. The Sun-Times, which had been placing above the Tribune in lists of the 10 best U.S. newspapers, never took that great step it was poised for. 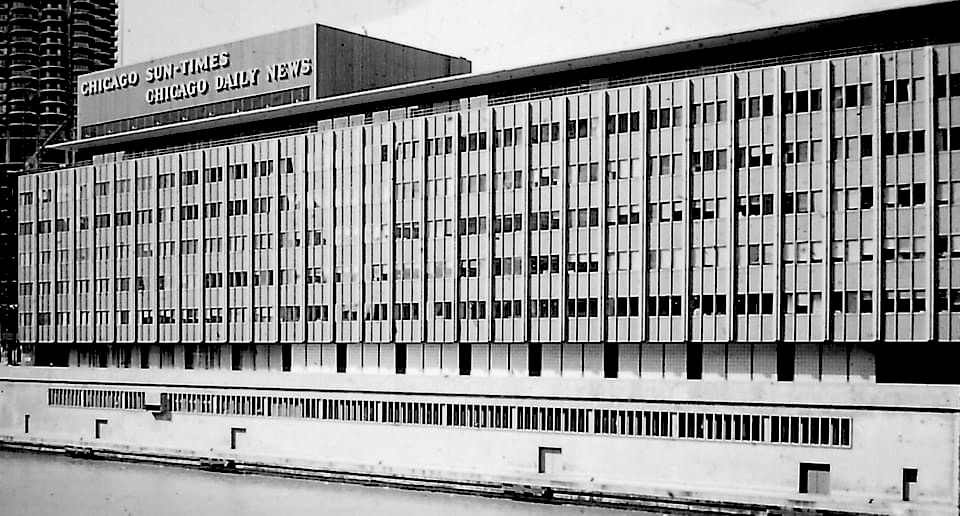