The only rival of the Daily News at this time was the Evening Post, a two cent paper, published by the Messrs. McMullen, which had the press dispatches. The Daily News accused the Post of stealing its dispatches, which was indignantly denied. It was at the time just preceding the Turco- Russian war, and to fasten its charge on the Post, the News published a hoax-dispatch from Bulgaria, containing what purported to be a cry or an expression in the Sclavonic tongue,

and then followed a translation.

Sure enough the dispatch appeared in a later edition of the Post. In its next edition, the News in great glee pointed out the fact that the so-called foreign words, taken backwards, would read

The McMullens will steal this sure

thus raising a great laugh at the expense of its contemporary. This event gave the News an increased notoriety and consequent increase of circulation, but it did not become an assured success until the time of the labor strike and riots in the summer of 1877.

By 1878 the Daily News purchased the assets of the Evening Post and Evening Mail who merged earlier. 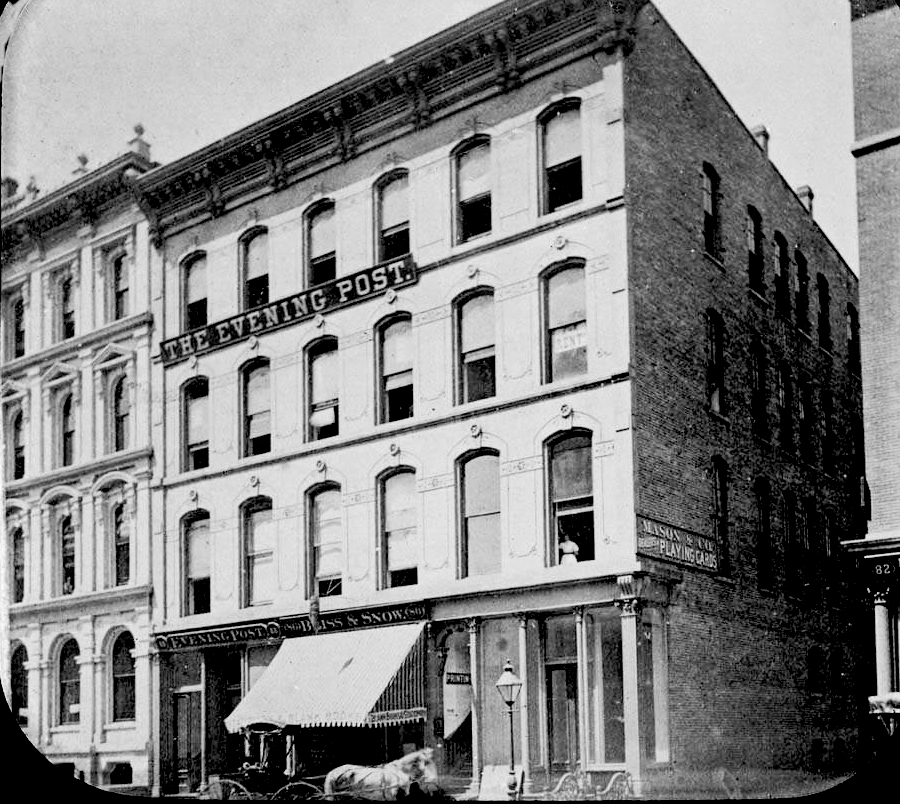