The Menominee River (US No. 91131) was built in Green Bay, WI and has two builders accredited to her – John Gregory and A. J. Johnson. Her first enrollment papers were filed 15 May 1879 in Marquette, MI.

Tug Sold.
Capt. Thrall has sold.his tug to the Kirby, Carpenter Co of Menominee. The price paid was $2,700. Workmen have been cutting a channel through the ice from Elmore & Kelly’s dock where Capt. Thrall had her tied up for the winter, to tie dock at foot of Pine street, where she was formerly lying before the river froze up.

This afternoon they got the tug along through the bridge and as far as the south protection piles. She will be hauled up on the same yard on which she was built, for the purpose of placing her machinery.

The machinery which is now in the tug Escanaba (US No. 7309) is to be used for the new tug.

The tug is strongly built and of superior model, similar in build to the John Gregory, and we have no doubt but she will make a good record next season on the waters of the Bay.

The new tug Menominee made a trial trip up the river this afternoon. She is a handsome and powerful looking craft.

Horn’s Pier, Mich., June 14.—The tug Alert burned to the water’s edge last night on Menominee; also the tug Menominee River was badly injured by fire, but not at the same time. The Alert is owned by Green’s Dredging Company, Chicago, and the Menominee River by the Kirby Carpenter Company, of Menominee, Mich.

According to the Ship Masters’ Association Directory published April of 1914, she was owned by the Menominee River Fire Tug Company of Marinette, Wisconsin. 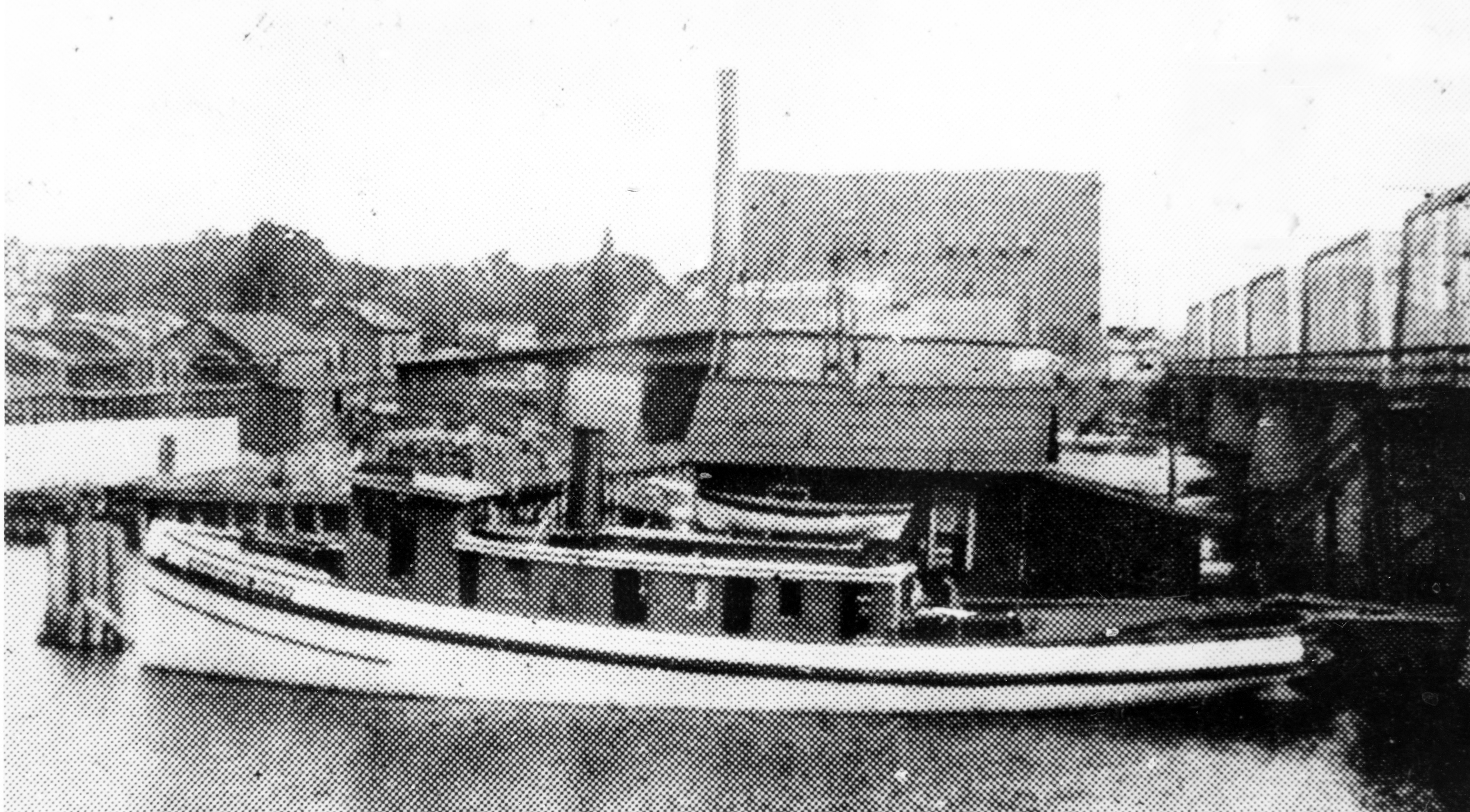